As a result of his high profile marriage to Ciara, successful football career and NFL status we have seen a large media shift towards Russell’s life whether that be his family, fashion outfits or hairstyles.

From the chart below we can see that Russell Wilson’s hair falls under the Type 3 category, 3A – 3B. His hair pattern is in a loose curl.

Loose curl patterns tends to be the case amongst those of a mixed heritage and race. Russell Wilson is majority African with a mixture of European and Asian descent which influences his hair type.

The years 2012, month is September and it’s his first NFL Game. The world is introduced to Russel in his relatively low crew cut. Whilst his sides are short we can see the curls on top. 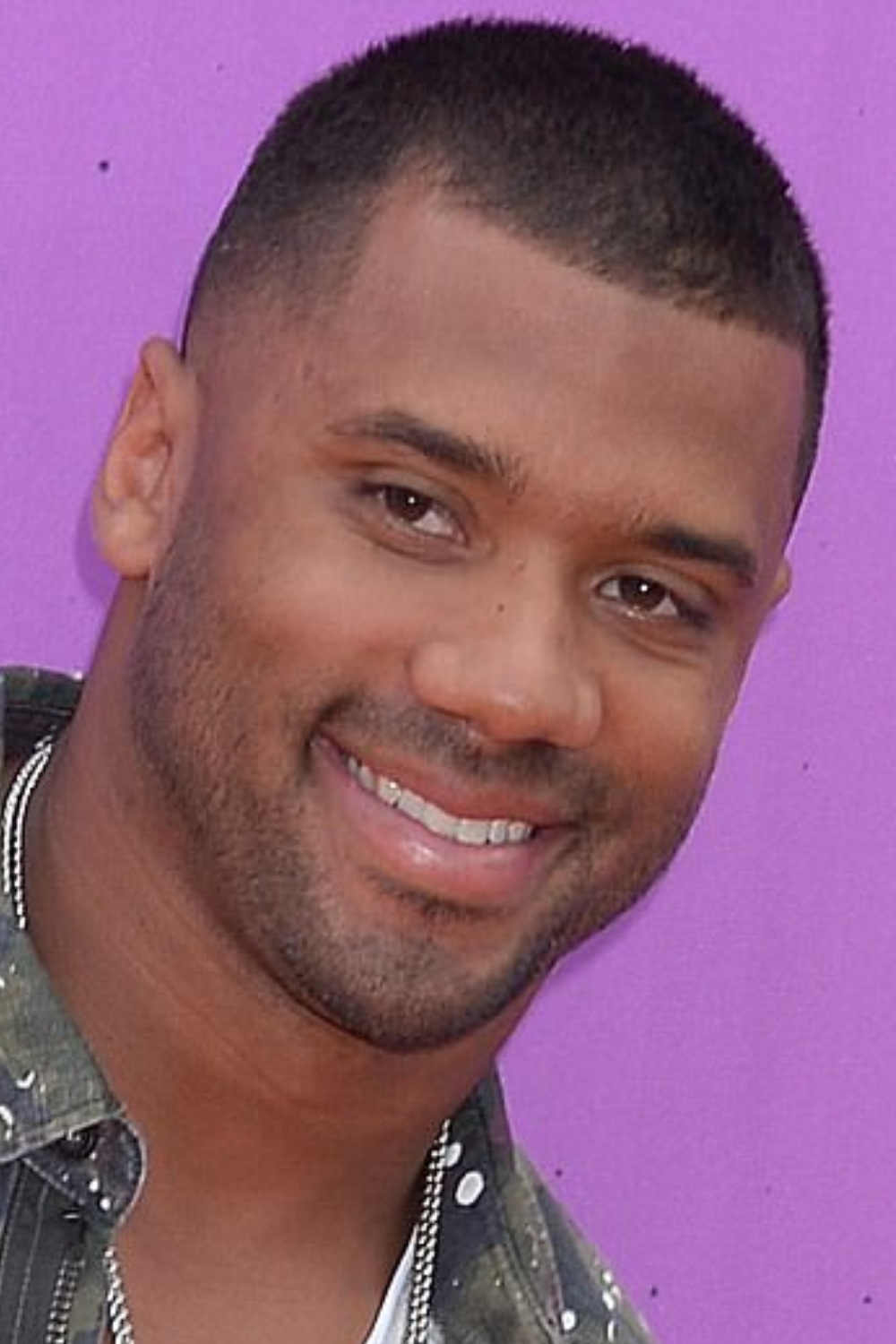 As he began to evolve as a player we would see him alternate between different variations of the crew cut such as his short back and sides, however this is the look in which he made his first impression, and that matters.

The most distinctive feature about his hair are his curls and texture. The well-defined spiral curls are hard to ignore and usually the first thing noticed once his helmet is removed. 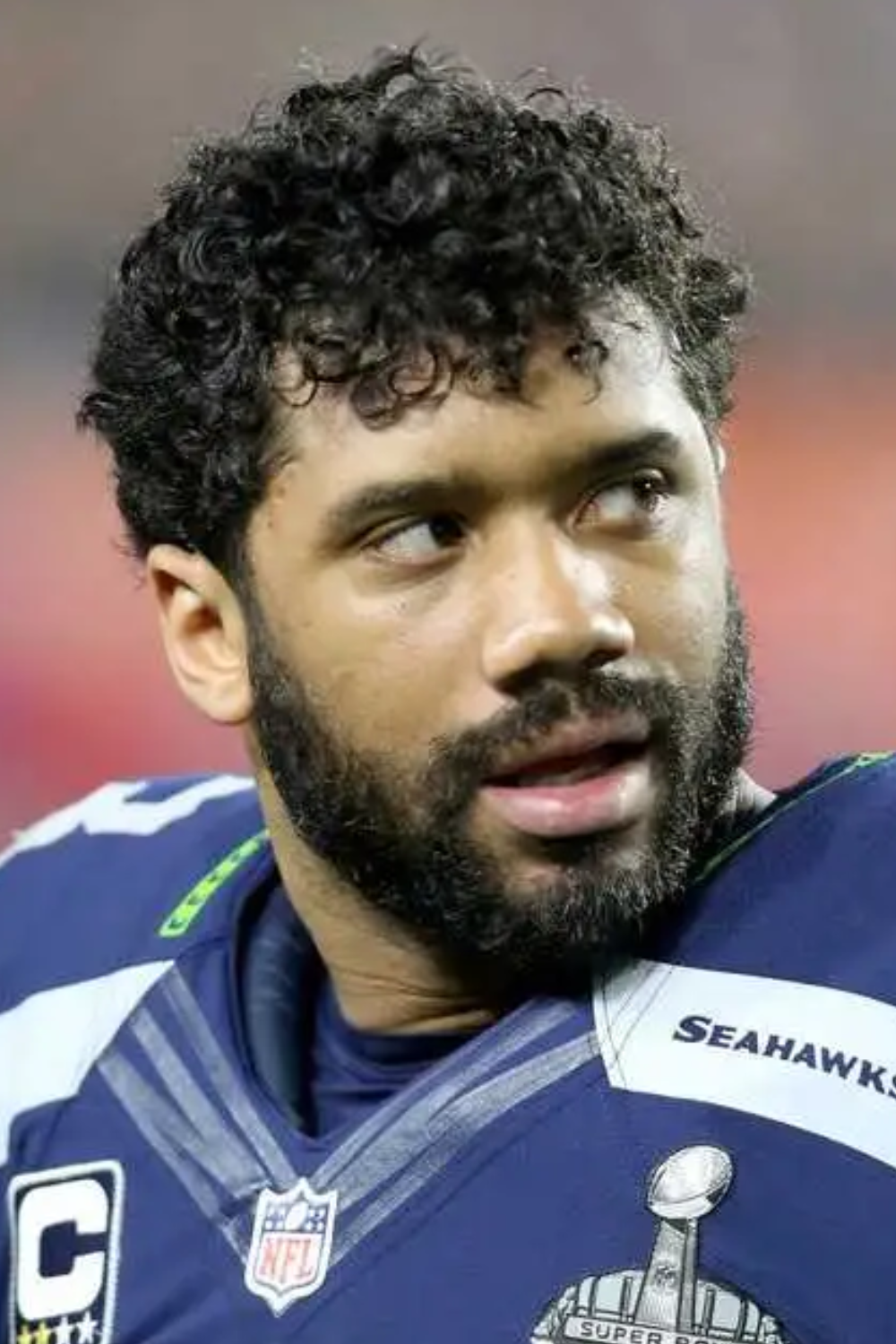 Outside of game time he further enhances his curls during any public appearances such as interviews or press.

By using a simple leave-in treatment to moisturise hair throughout will have a lasting result to enhance your curl pattern.

Its best to apply curl enhancement products to damp hair or immediately after the shower.

Short Back and Sides

Russell has styled his short back and sides in a variety of ways whether that be on his faux hawk, crew cut, side part or comb over. 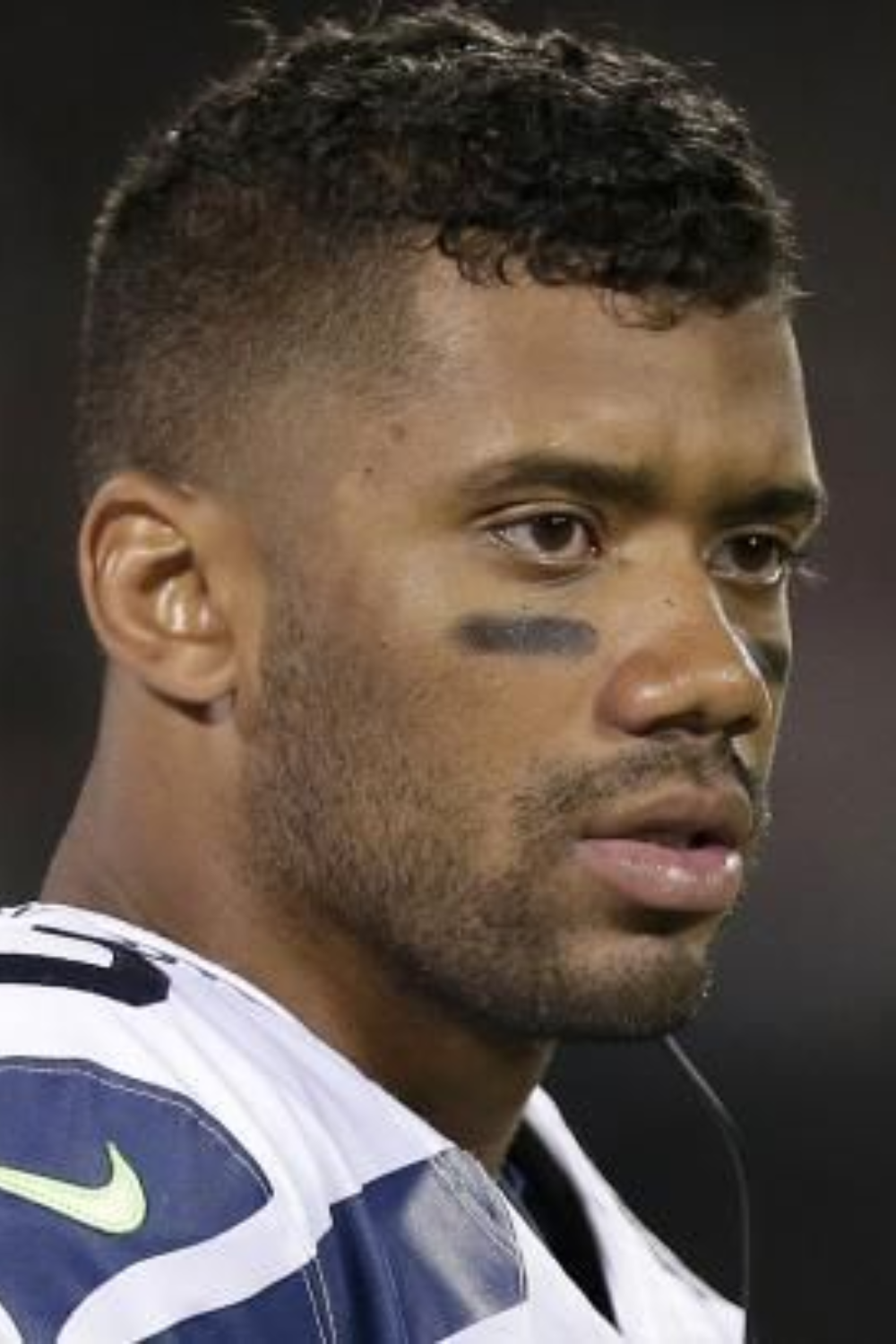 The short back and sides simply put is every man’s starting point, the gentleman’s look! Its worked for decades, outlasted any trend and continues to be the look for men.

Whilst we do appreciate his other hairdo this one speaks volumes. You can’t beat a classic can you.

Above the Shoulder Length

His decision to grow his hair back in 2020 was met with mixed reviews, heavy criticism with an equal amount of admiration, oh and memes of course! 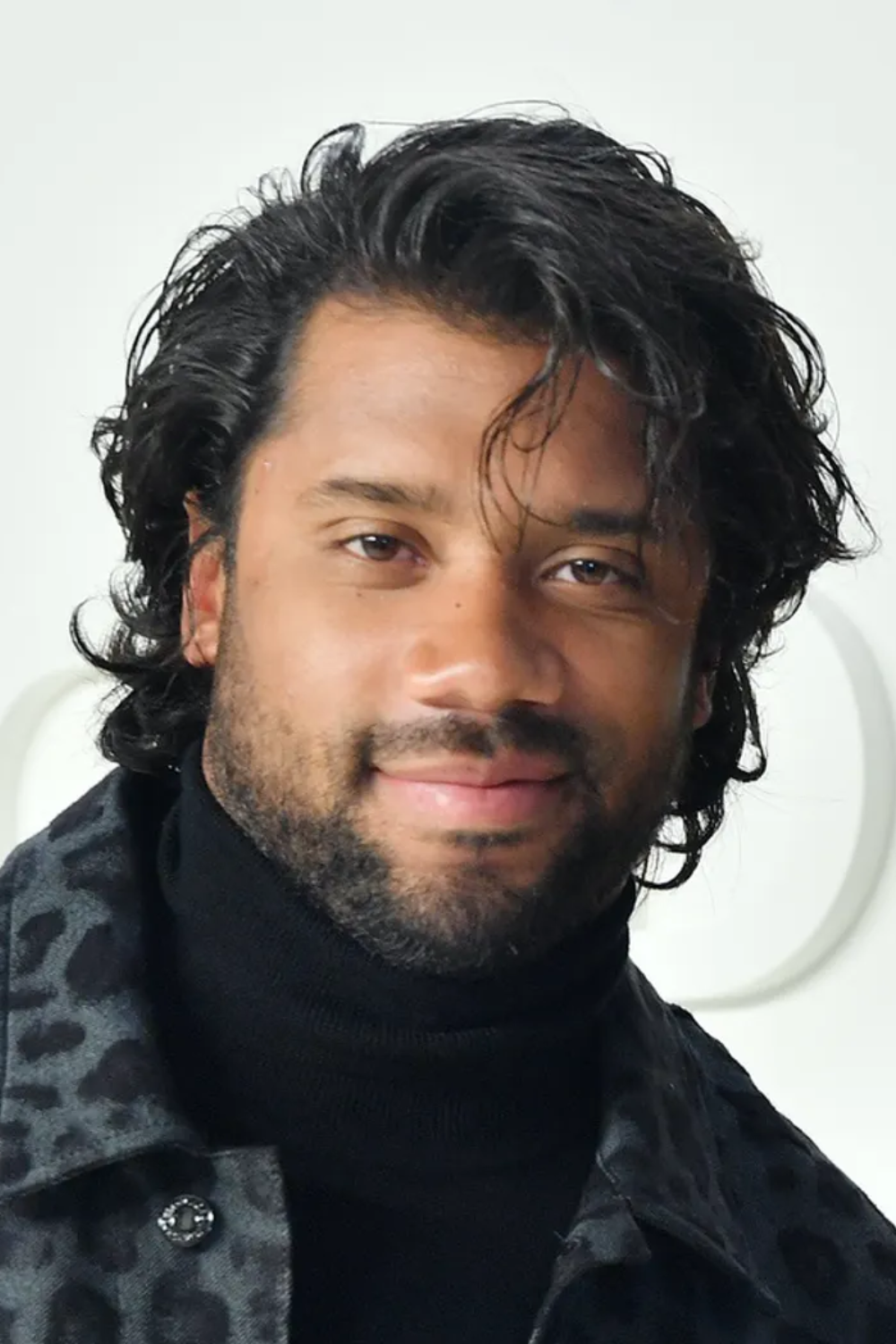 At the 2020 Tom Ford fashion show Russell debuted his new hairdo. Grown out curls which were almost touching his shoulders.

The response to his new hairdo was simply overwhelming due to never having his hair that long which meant memes would follow!

In our honest opinion we loved it and were no stranger to NFL players with longer hair, I mean George Kittle Hair didn’t seem to rattle anyone when he decided to grow it out!

One of the best things about having long hair is your ability to style it in multiple ways and in this case we saw Russell have his hair placed in a half up ponytail. 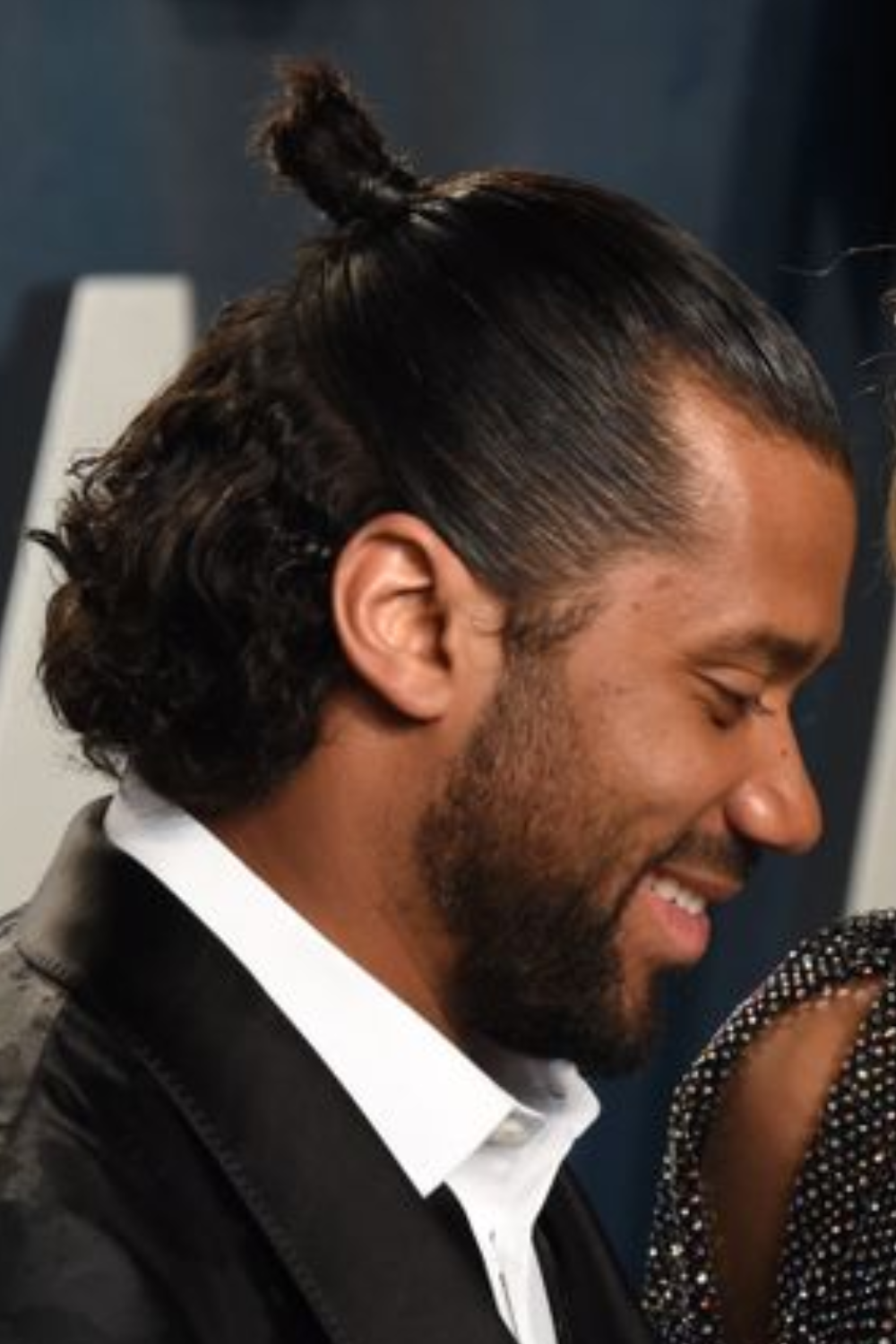 If we take a closer look were able to see his hair has been slicked down and tied into a bun which has been achieved with the use of products.

Whether it be a gel or Pomade your going to want to ensure you select a product which is best suited for your hair type, dampen hair, apply and use a brush to slick hair back. Once done put hair into a bun and your done!

We can’t have a Russell Wilson hair gallery without including his mohawk! 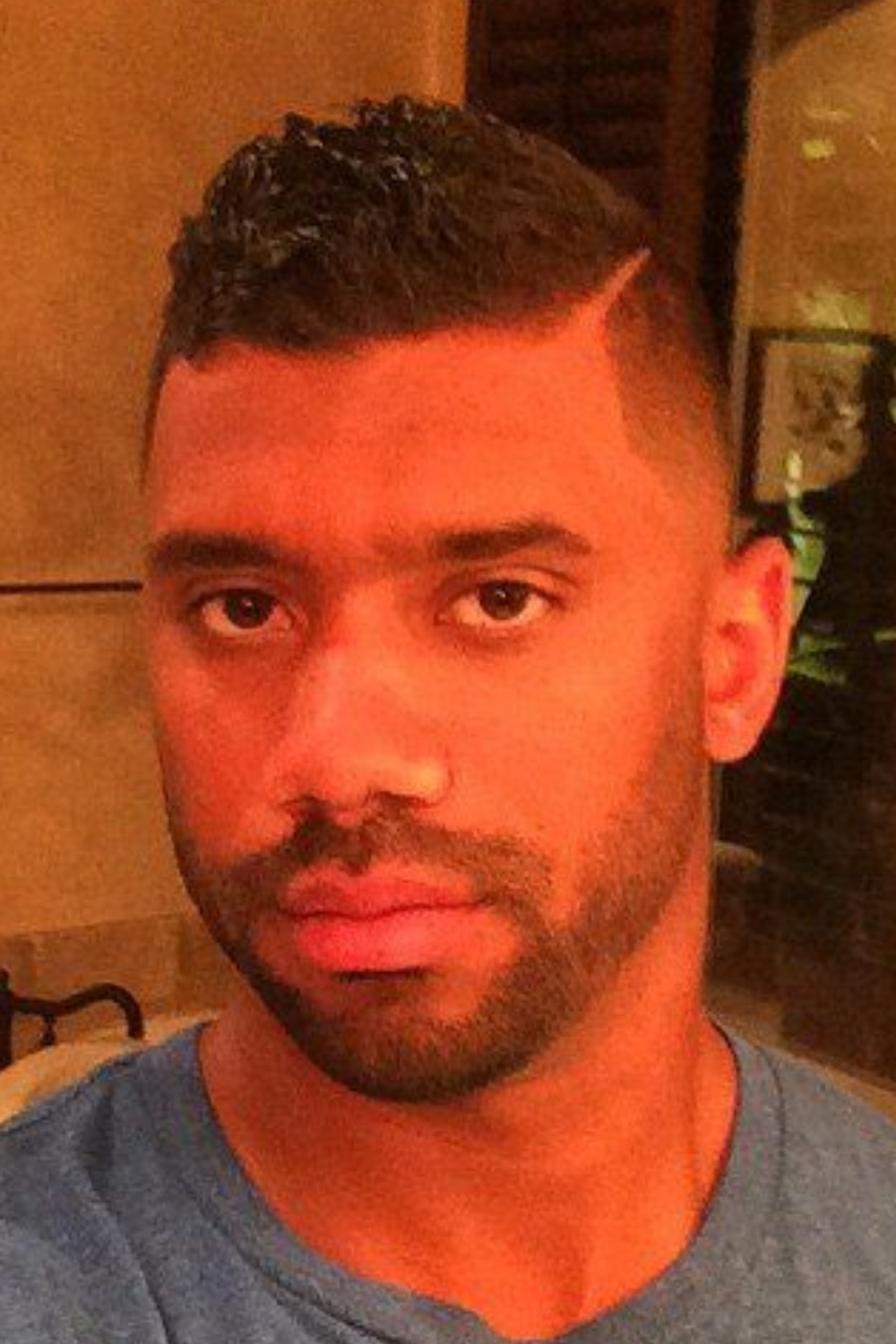 His Mohawks have further been used to accentuate his curls whilst he’s often added styles and patterns to it. An example of his can be seen with his line side parting.

His mohawk falls under the undercut and classy look which enables him to pull it off for all formal affairs whilst also sporting the look on game days.

Key Take Away: Have a Hair Routine & Maintenance

Most of the hairstyles featured on Russel require maintenance of some sort whilst also ensuring each one of the styles undergo a routine to ensure it looks great, some more than others.

These tips can be applied to the other hairstyles featured within our editorial.

The Evolution of Lil Wayne Dreads