Since his 2014 MLB debut playing for the cubs we have seen multiple Javier Baez Hair styles from his crew cut, mohawk with bleached ends, braids and burst fades.

The uniform look amongst MLB players consists of the jersey and cap to represent their respective teams, during which we don’t get to see the athletes hairstyle much throughout the game. This limitation is what creates interest around the individuals hair outside of game time.

Having taken a closer look we can see Javier has wavy straight hair which ranges anywhere from 1c to 2b. Hairtype is a very important factor as the texture of your hair results in a different look and feel. 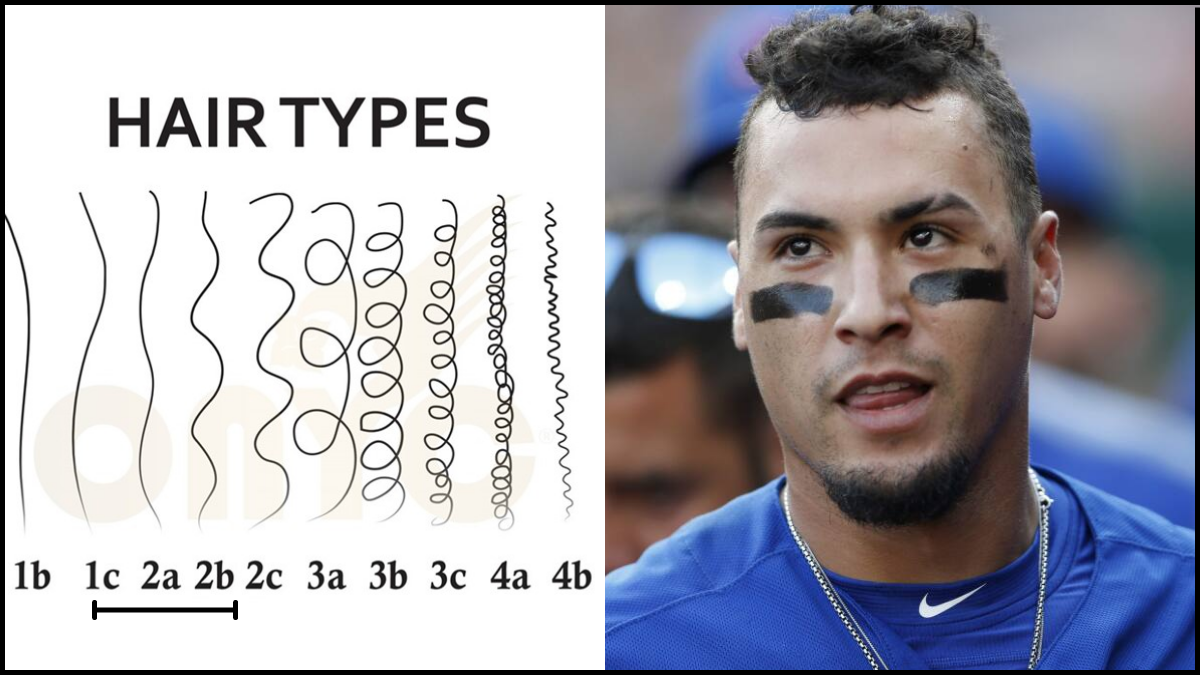 Francisco Lindor Hair ranges from 2B to 2C which is interesting since both the baseball players are from Puerto Rico. 2 players, teammates, from the same country with entirely different hair types and styles.

For most players in baseball the crew cut or buzz cut is the style of choice and this can be seen all through Javier Baez’s career. 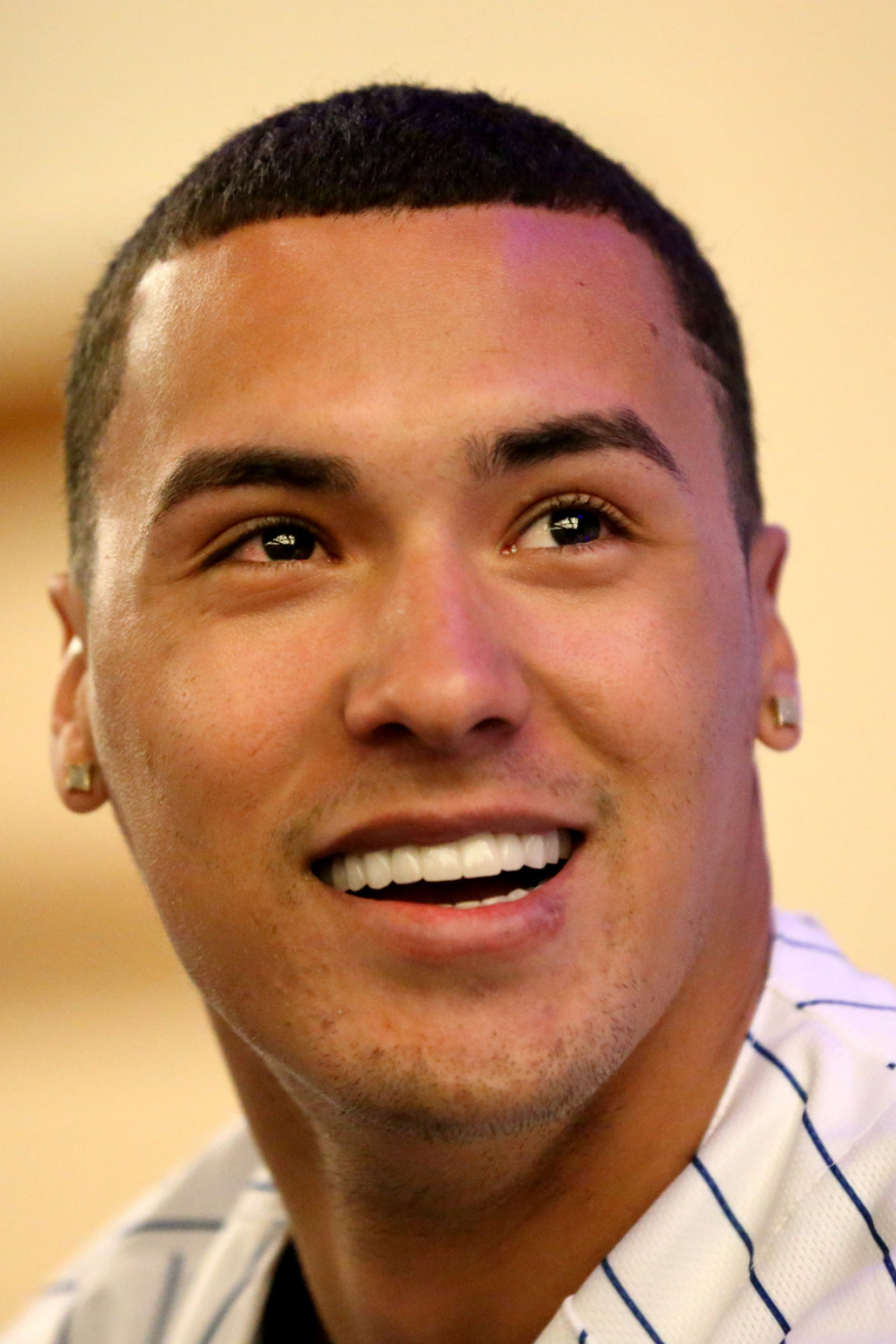 The simple tapered hairstyle consists of hair trimmed short on the sides, and everything else even shorter but even. 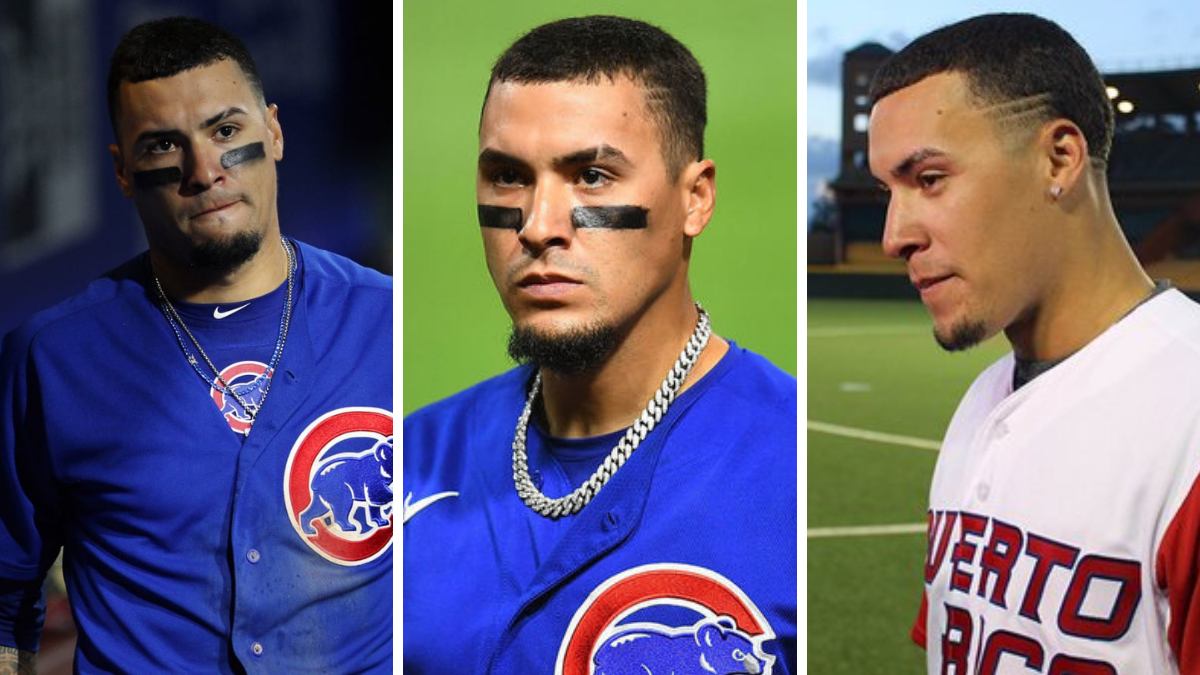 Were under the impression that short hair during game times allows players one less thing to worry about, plus the are usually in caps which makes life that much easier as opposed to having big long hair.

The beauty of the Mohawk is its ability to be styled in multiple different ways for example Mohawk with a Taper Fade, Disconnected Undercut, mohawk with spiked hair using gel, drawn in designs or even a Pompadour mohawk. The styles are endless. 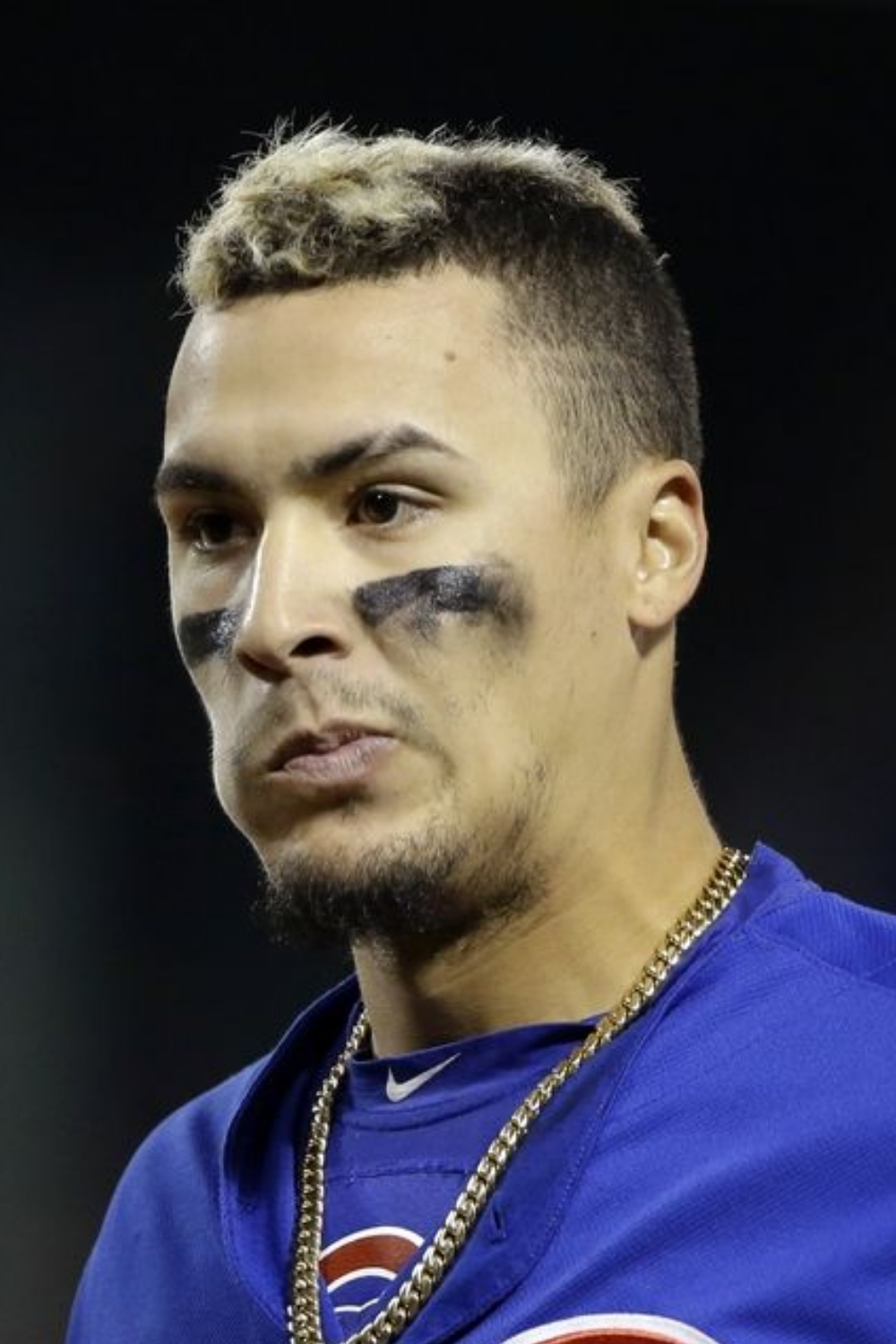 In Javier’s case we saw his mohawk with bleached blonde hair further making him stand out and adding a unique feature to his style. 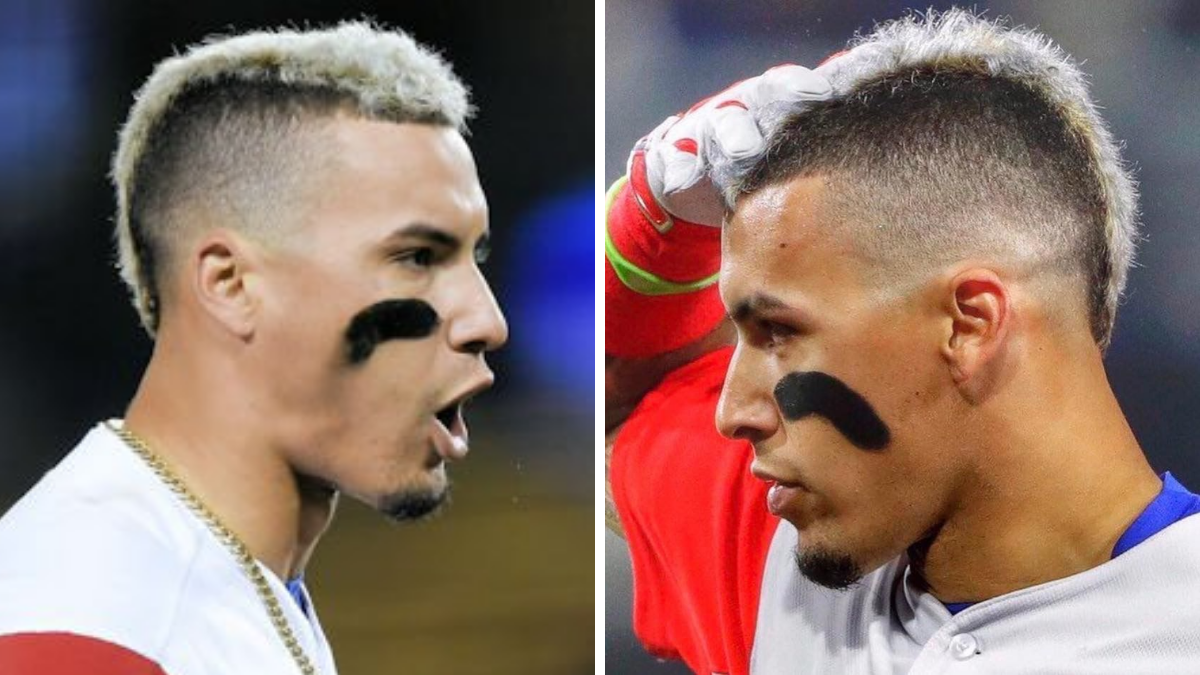 Prior to his braids he’d worn his hair in his signature mohawk which therefore was a surprised when he debuted his braided look. 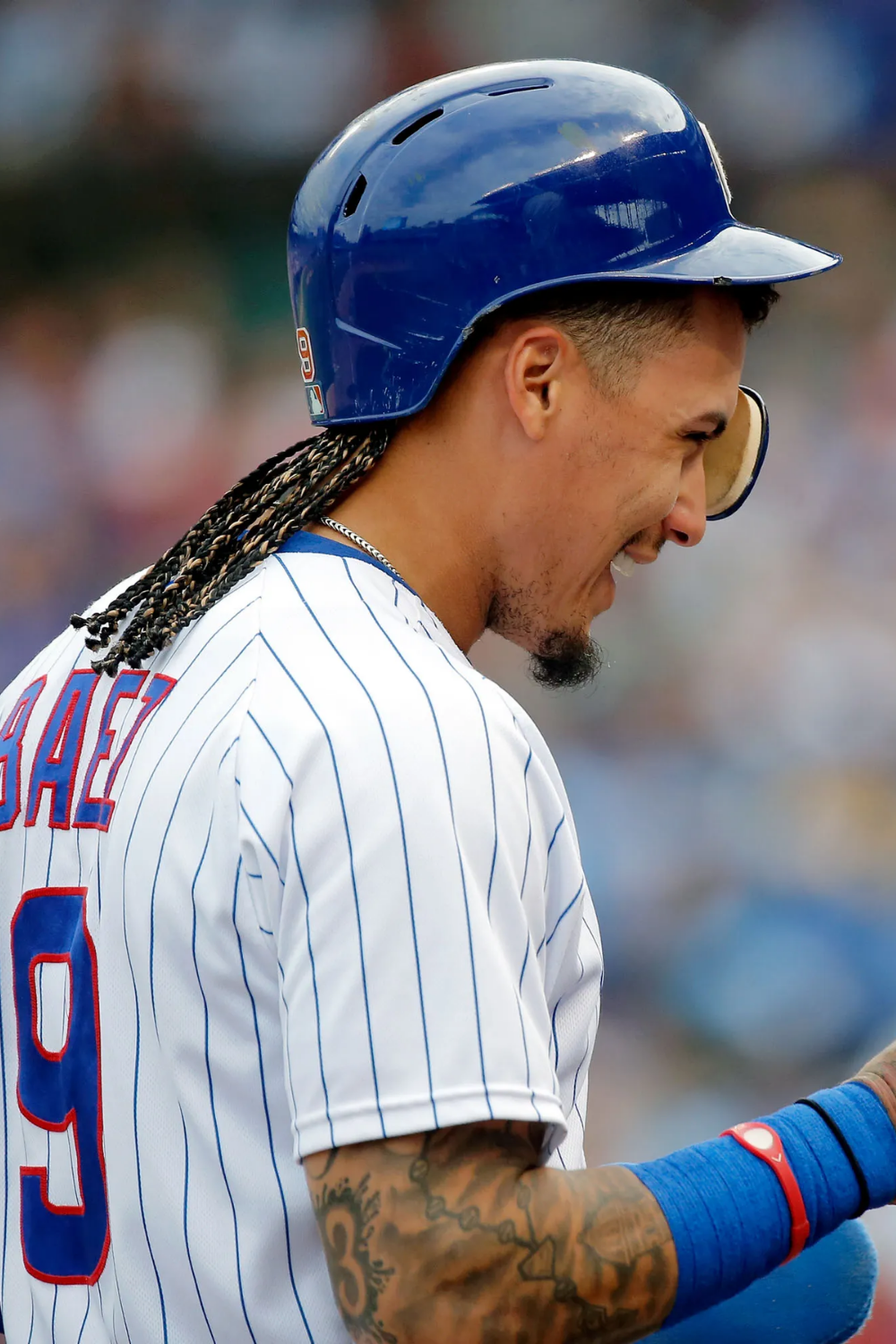 During a 2017 game against the St. Louis Cardinals was the first time we saw the look.

What made this look that much more distinctive was his braids only being at the back of his head. The front and middle were left as a crew cut with hair extensions being attached at the back.

Whilst the look is no more it certainly caught the attention of the media outlets and social forums.