Serious Question, Are there any Jeremy Lin Hairstyles that’s gone under the radar based on our list? because were under the impression he’s done every style imaginable, literally! From his,

Not only has he stood out for his athletic abilities, but his career has also been highlighted for his hairstyles which kept him apart of cultural conversations.

If we rank Dennis Rodman Hair number 1 for the most outlandish styles then coming in 2nd is Jeremy Lin for being the most versatile.

We have ranked his hairstyles based on what we believe, let us know if we got it right.

The short back and sides have constantly been worn throughout his career and whilst our editorial features other hairstyles it always comes back full circle to this! 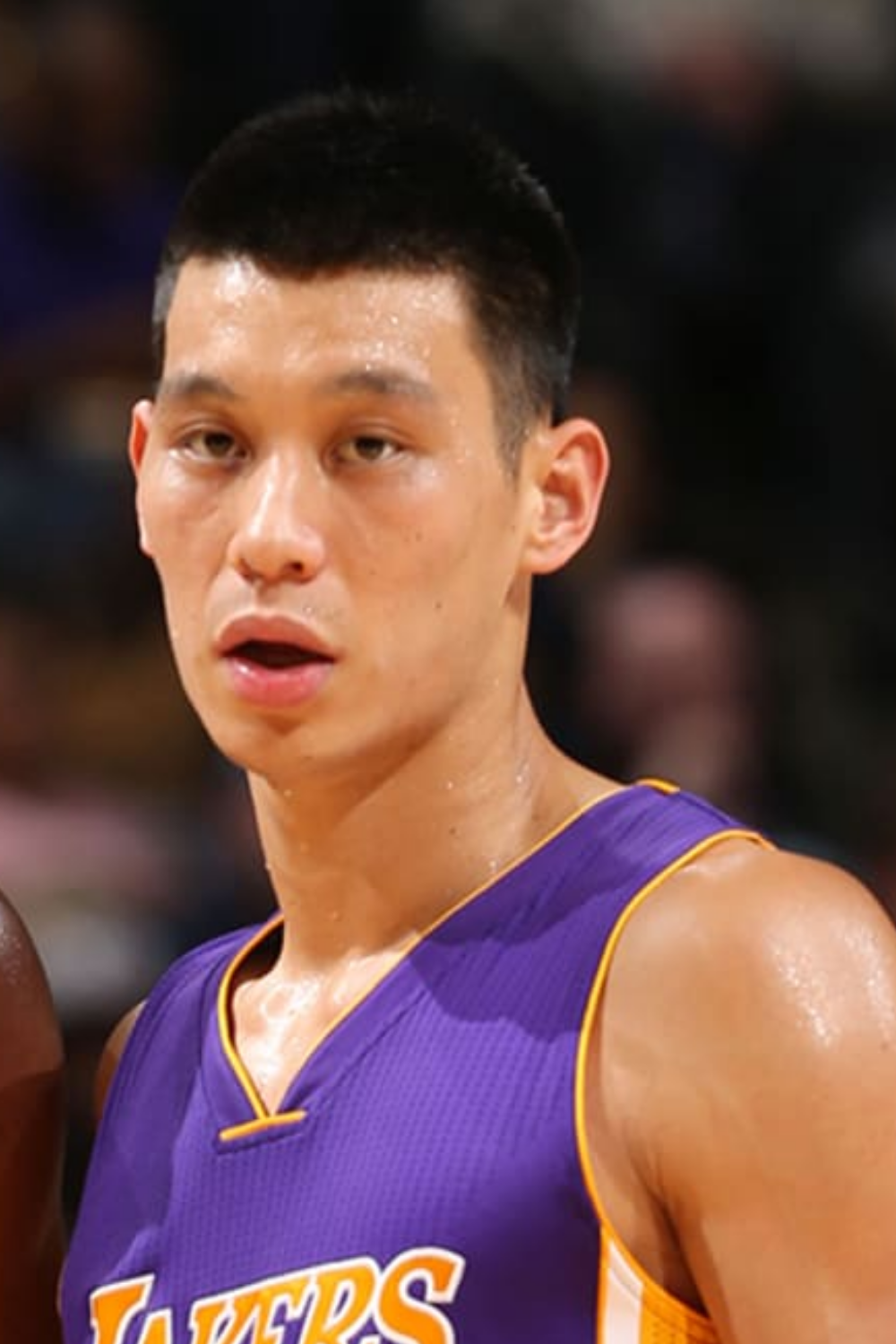 The variations of his short hairstyles have included spikes, drawn in designs and fades which have added a unique spin to the look. 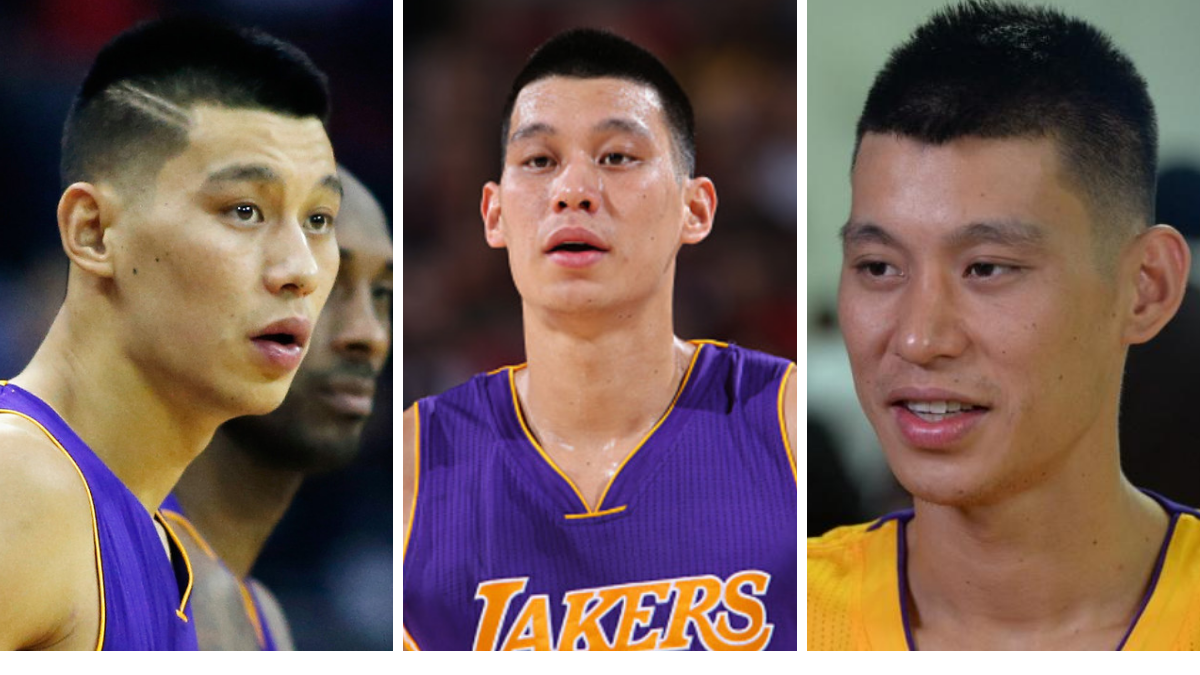 In addition to this his short cuts have been the foundation for other hairstyles such as his slick back and mohawk which we will also be looking at.

When it comes to his ponytails we can see him alternating between that and his double ponytail.

We liked the style, GQ hated it, in their article “What Hairstyle Does Jeremy Lin Play Best” they rank his ponytail quite low stating his performances were mediocre at best, ouch! 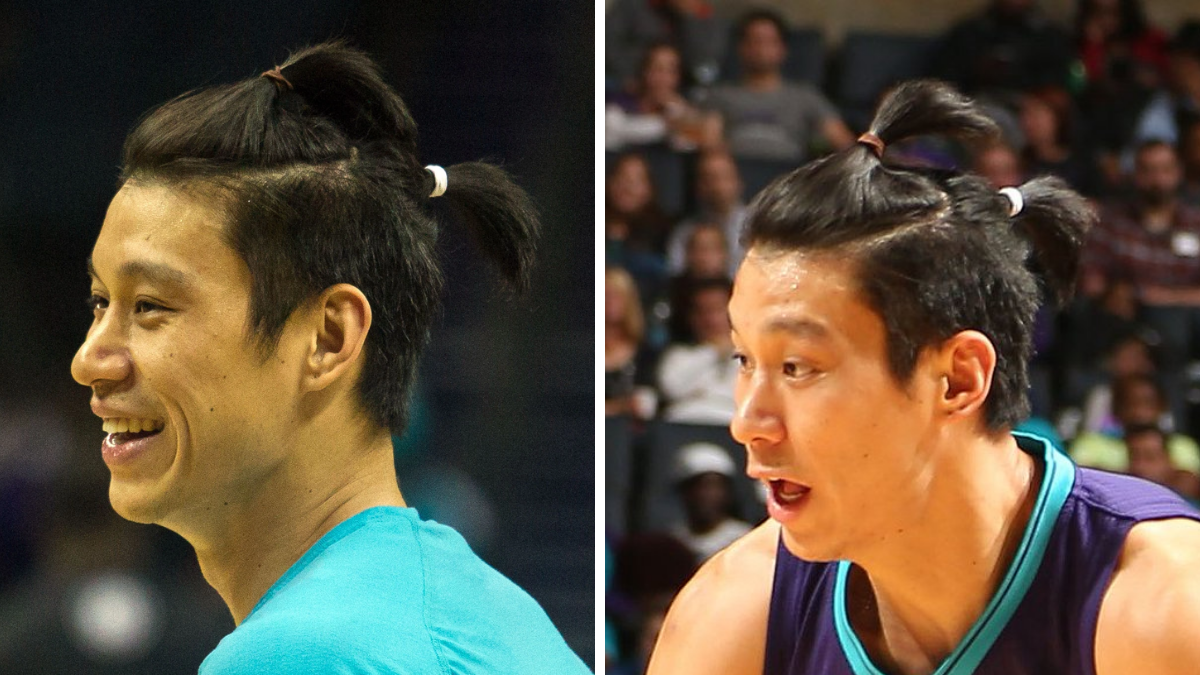 Since then were yet to see his hair styled this way! Think he got the message.

We do wonder if there’s a science behind certain hairstyles and athletic performance, Hmm.

As if the Mohawk is not noticeable enough, what does Jeremy do? Add gel to spike it up! 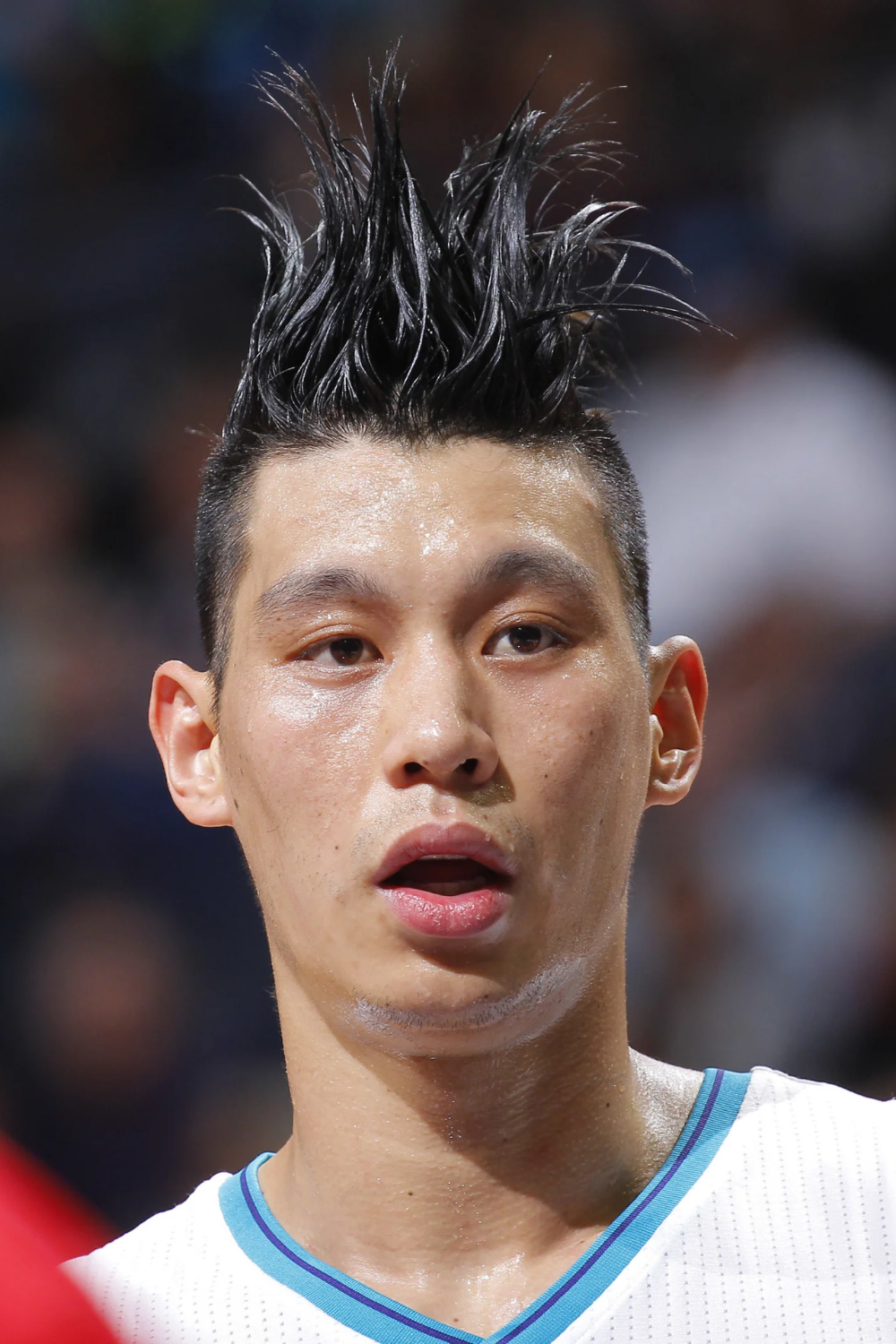 One of his more recognisable hairstyles in his archives due to the nature of his look, it was impossible to go unnoticed and it most certainly caught our attention. 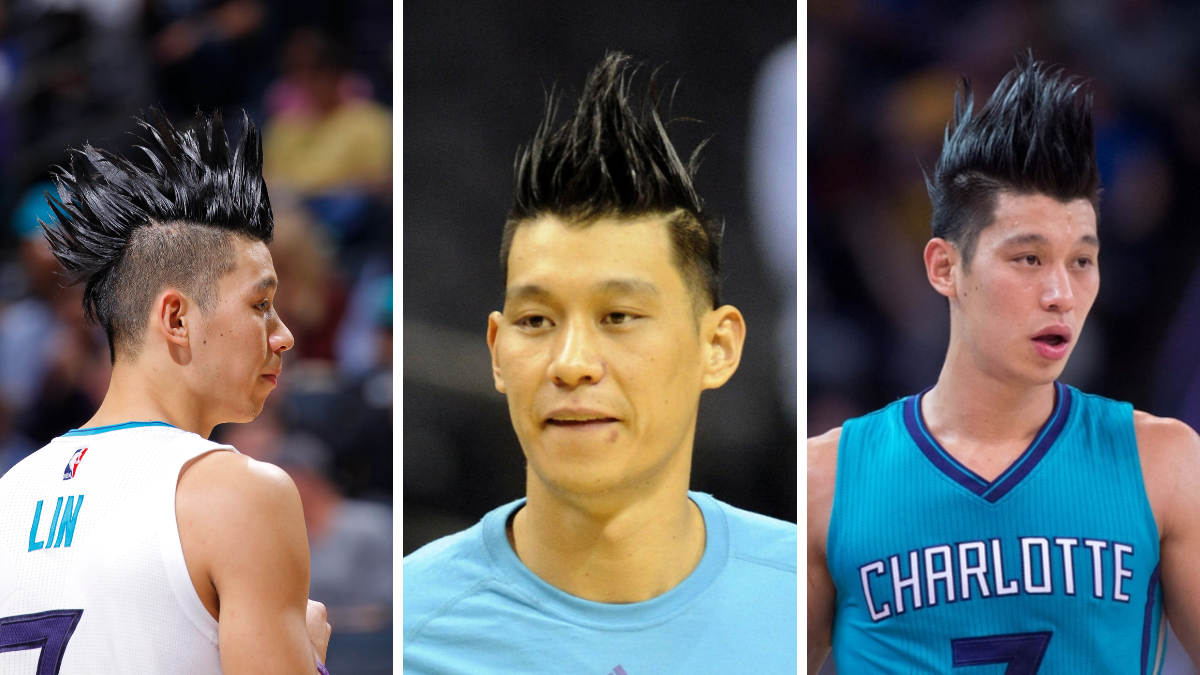 In an interview with GQ he said “it allows the refs to see if I get fouled a little more clearly.”

Talk about creative strategy right! Love it or hate it, you noticed it so that’s a win in his eyes. 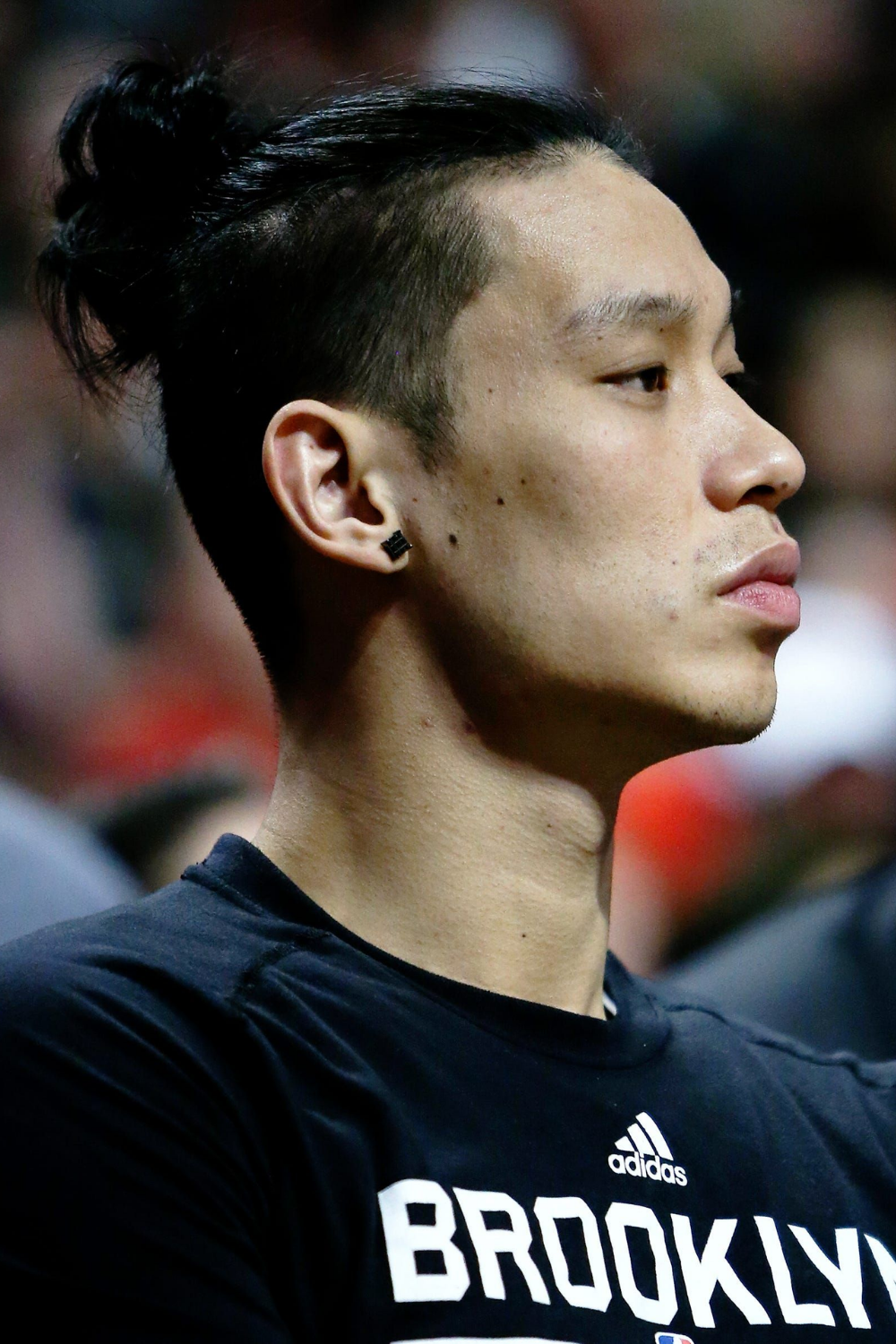 Another distinctive look from the player can be seen on his manbun and this is due to his slicked hair, shaved sides and top knot. 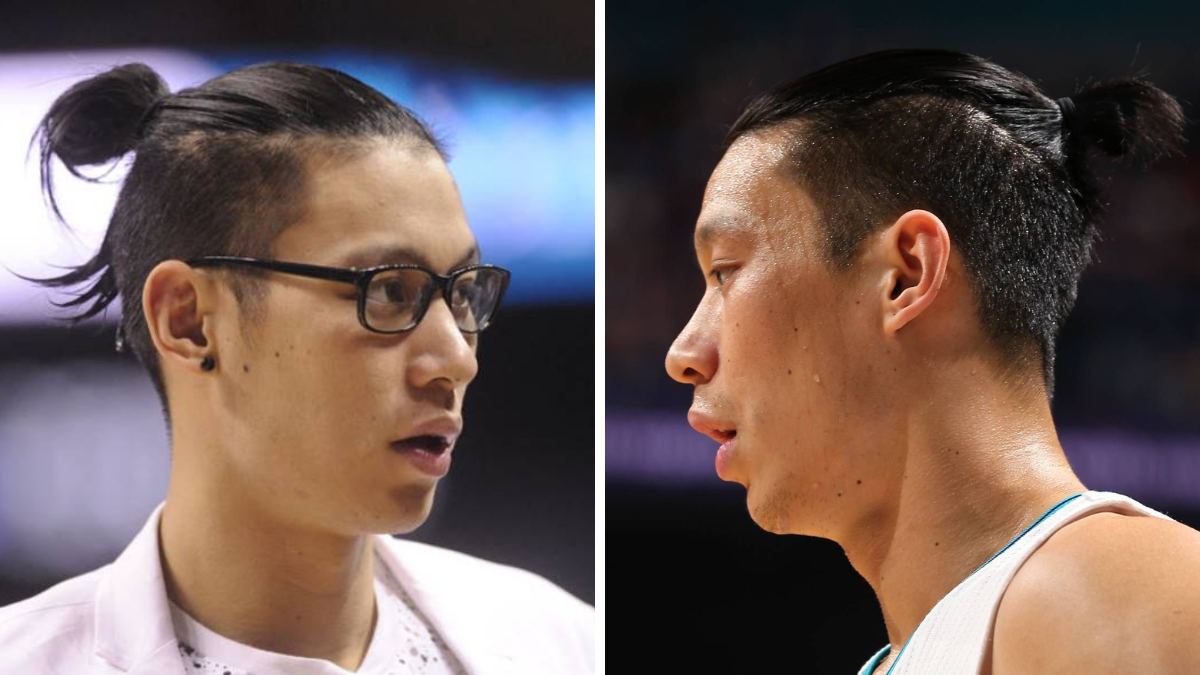 The slander that followed was for the history books and not in a good way. Social media let him know this wasnt the look, again were going to disagree, we quite liked the look!

One things for sure, there will always be push back when something new is tried, social media spares no 1!

The seamless transition from the manbun to braids landed him across media outlets and headlines for the new hairdo. 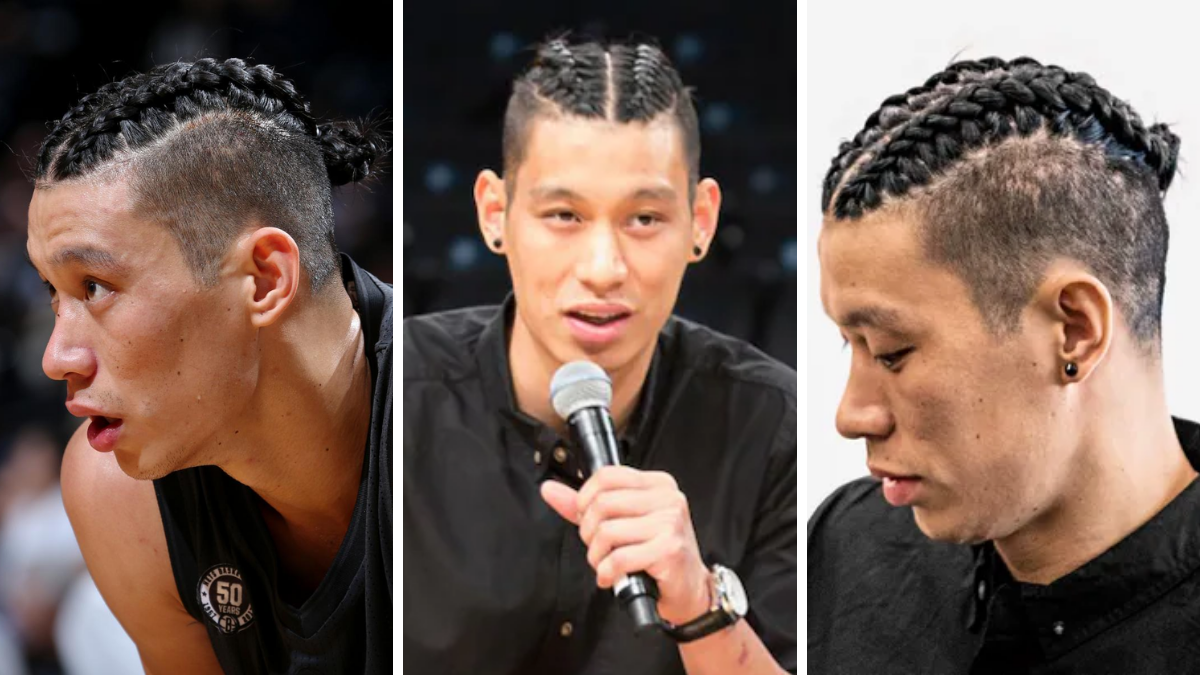 The braids varied between cornrows, braided manbuns and box braids and whilst he loved them he was also accused of cultural appropriation which would explain him not keeping the style permanently, however the decision to try these styles came from a good place without intention to offend.

His dreads were featured as one of his most unique and controversial looks. 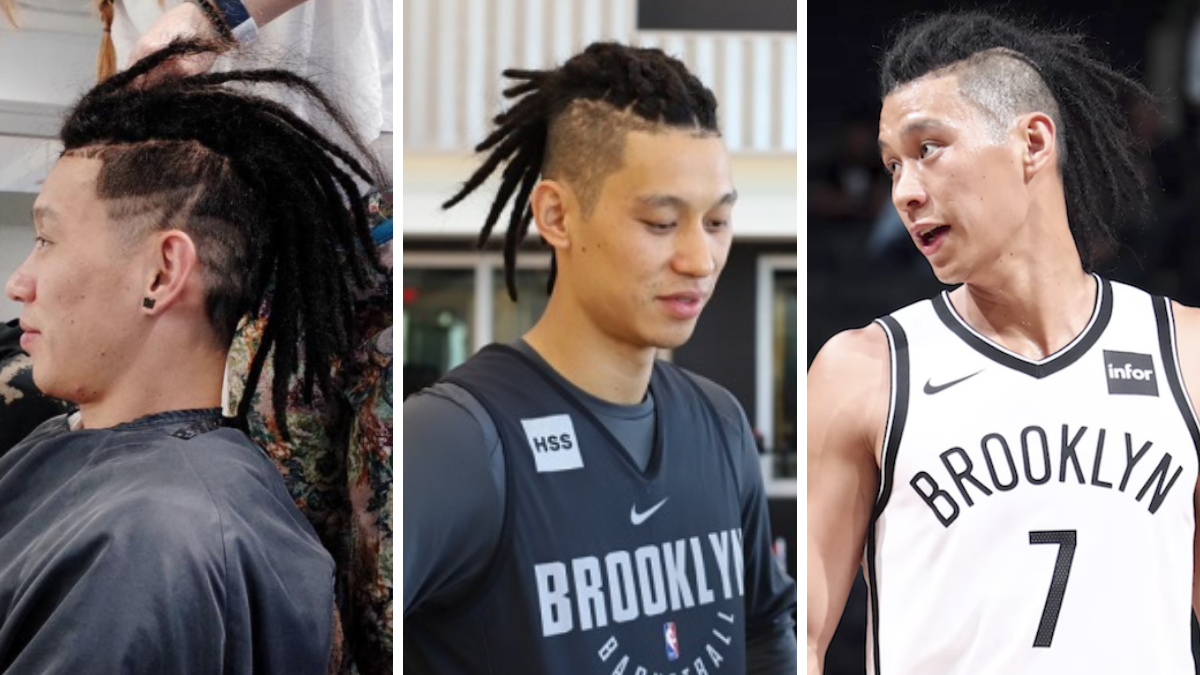 Why Unique? Its not often we see individuals of Asian descent styling their hair in dreadlocks.

Why Controversial? Similarly to his braids people were under the impression he was appropriating African-American culture.

In a 2015 interview he states the decision was due to liking the hairstyle and not being influenced by pop culture, take a listen for yourself, right out the horse’s mouth!

Jeremy took the criticism of dreadlocks and used it as an opportunity to learn about black hairstyles and their meanings. This to us shows emotional intelligence as well as wanting to be respectful, how can you hate the man!

We can’t write about Jeremy Lin Hairstyles without including his infamous comb over. 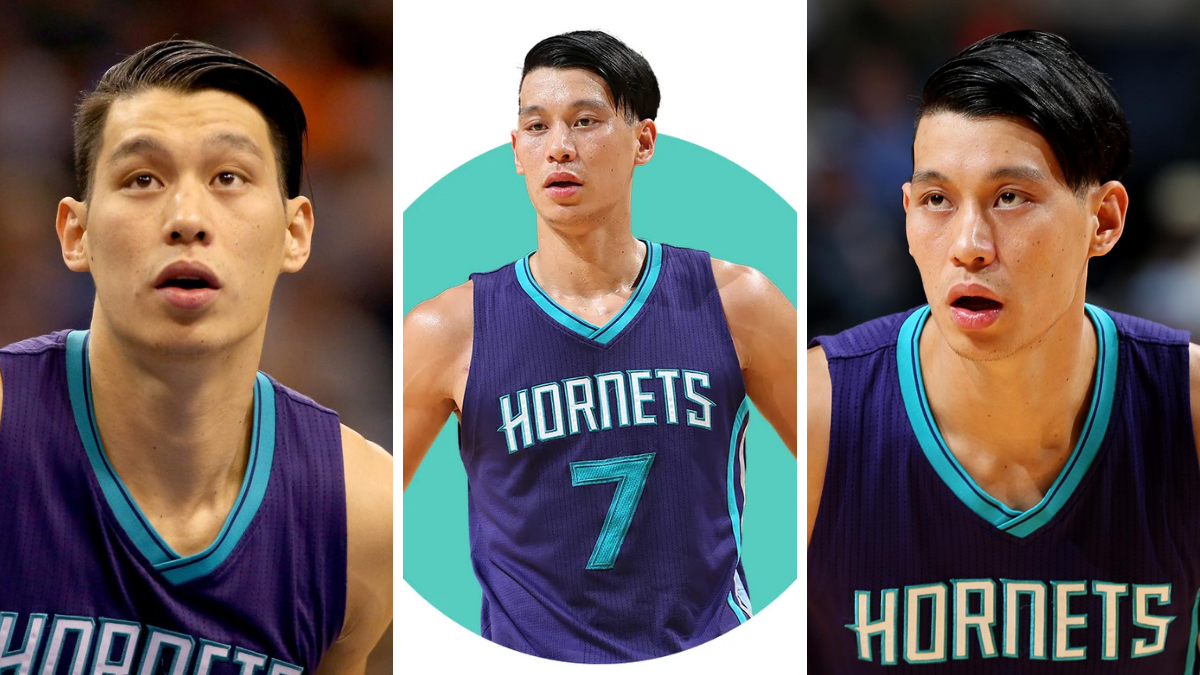 Were in 2 minds about this because firstly this hairstyle is often worn in formal settings or everyday life, not on the court especially during game time. Secondly it’s the go to style for balding men to cover their spots which both aren’t necessary for him.

If we make the comparison the look is better than his box braids so in that case its not to bad.

The comb over lasted approximately 3 months, but due to his spontaneous personality we wouldn’t be surprised to see it return.

The influence of 90s faded high tops continually presents itself and can be seen across men of all ages and races. Whilst the style is predominantly a black hairstyle again we can see Jeremy Lin taking inspiration from the look and styling it his own way. 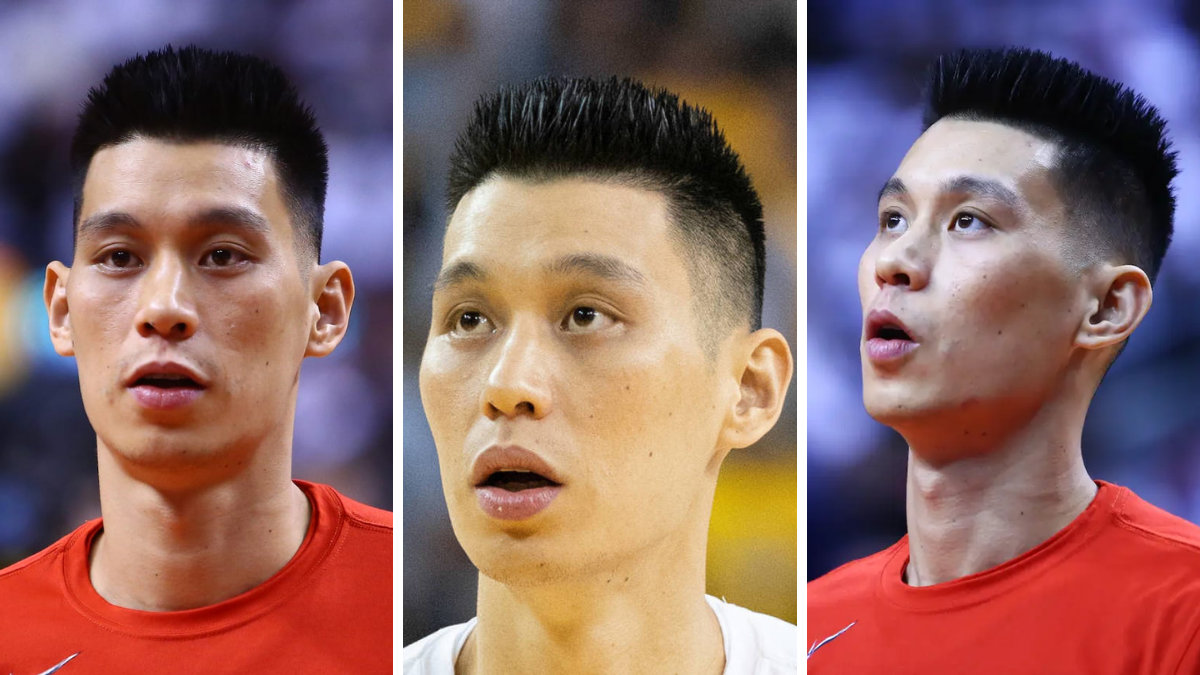 Since his hair type is straight the standing differs from those with afro textured hair but the concept is the same, hair on top going in one direction with shaved sides.

The high top allowed him to transition to other hairstyles once he was ready to change the look such as his mohawk or manbun.

If there’s one thing we want you to take away from Jeremy Lin Hairstyles it’s the ability to be bold and daring.

In doing so Jeremy Lin has endured criticism, backlash and jokes about his hairstyles across social media, however one thing that’s undeniable is his ability to try new things.

The worse thing you can do as a man is keep the same hairstyle for your entire life. If your blessed with hair don’t be afraid to try new styles.

We can’t end without giving you the basics too! Follow our tips should you be inspired by any of these looks