A quick google search for “Francisco Lindor Hair” will result in multiple images of the athletes hair in a variety of colours ranging from blue, green, blonde and strangely enough Gray!

Due to his Puerto Rican heritage we can see his hair type being a 3A or 3B! His curls are further accentuated with the colours and its clear to see. 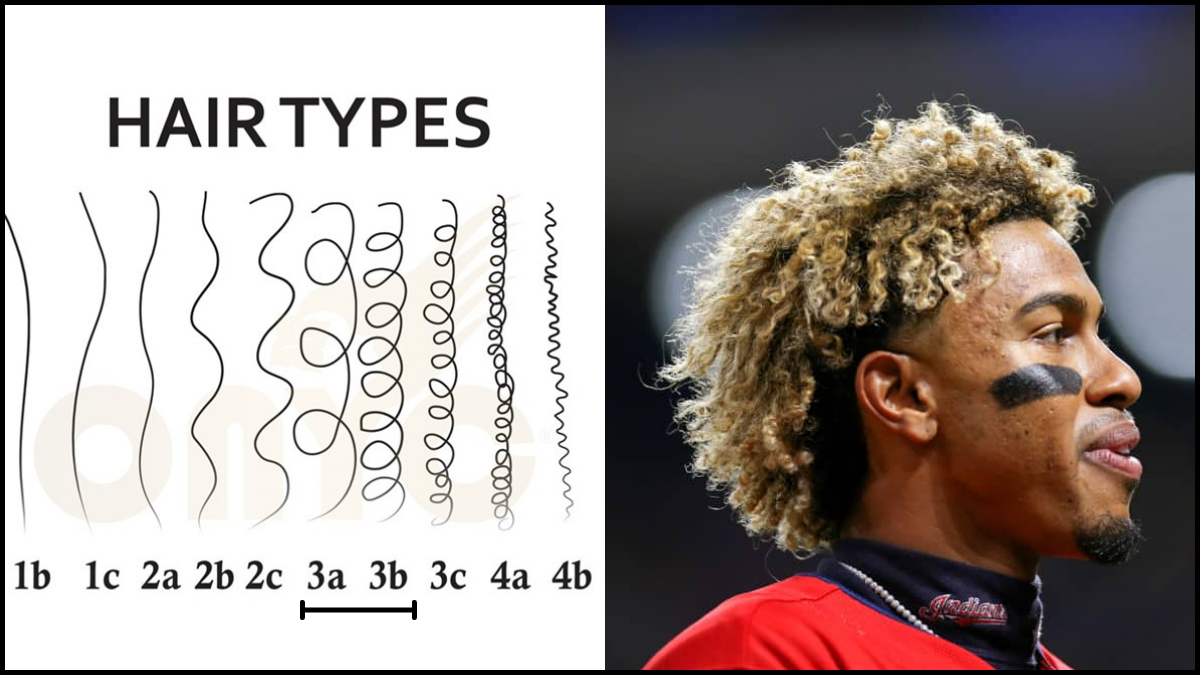 Its bold enough to dye your hair blue, it’s even bolder to constantly dye your hair in different tones of blue. Light, mild and dark blue are all the colours we have seen on Francisco with no signs to slow down. 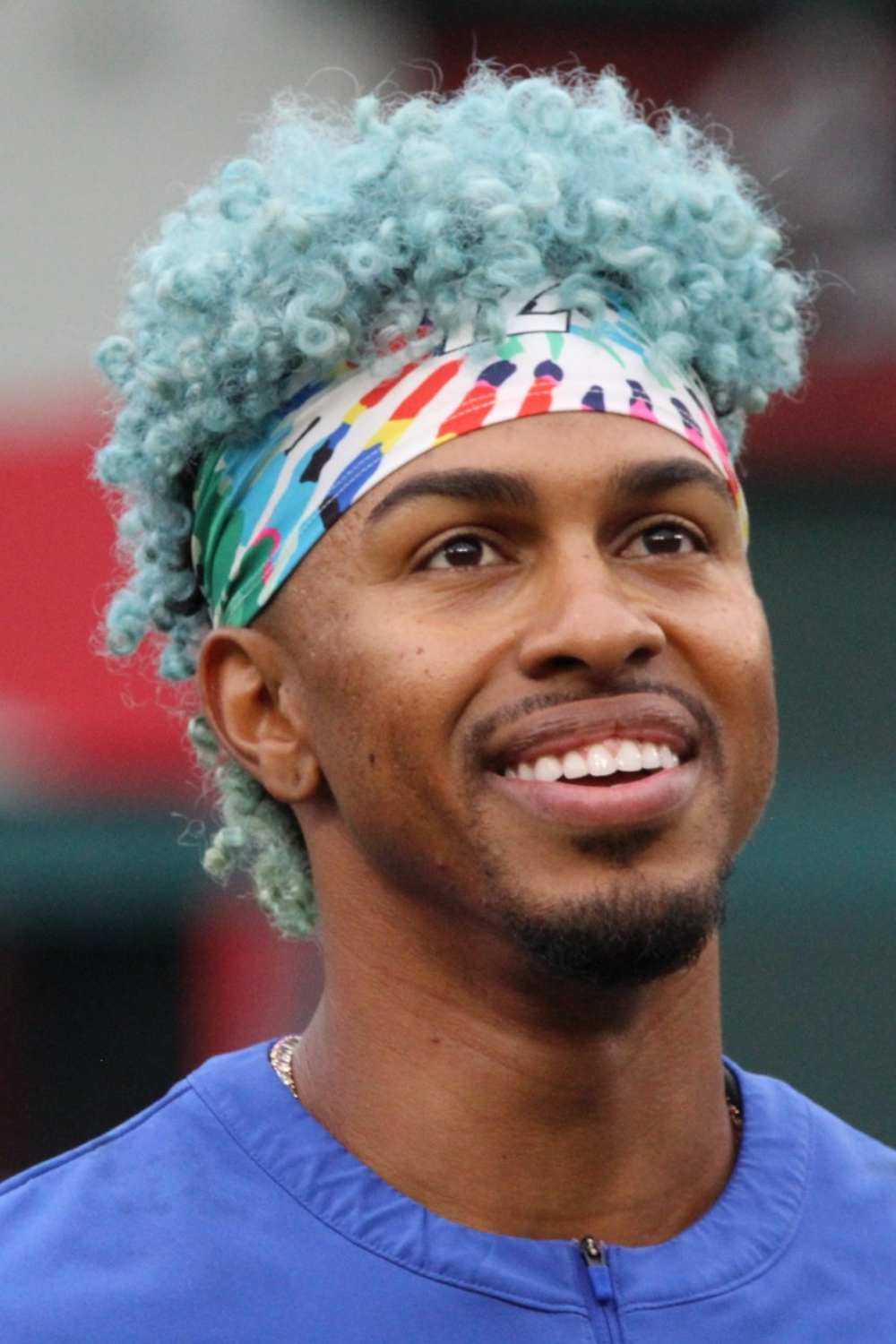 When asked about his decision he simply replied “I was bored” which explains his decision to continuously try new styles during his off seasons.

His blonde hair can be seen in many variations for example he dyed his hair this way on his curls as well as his buzz cut. 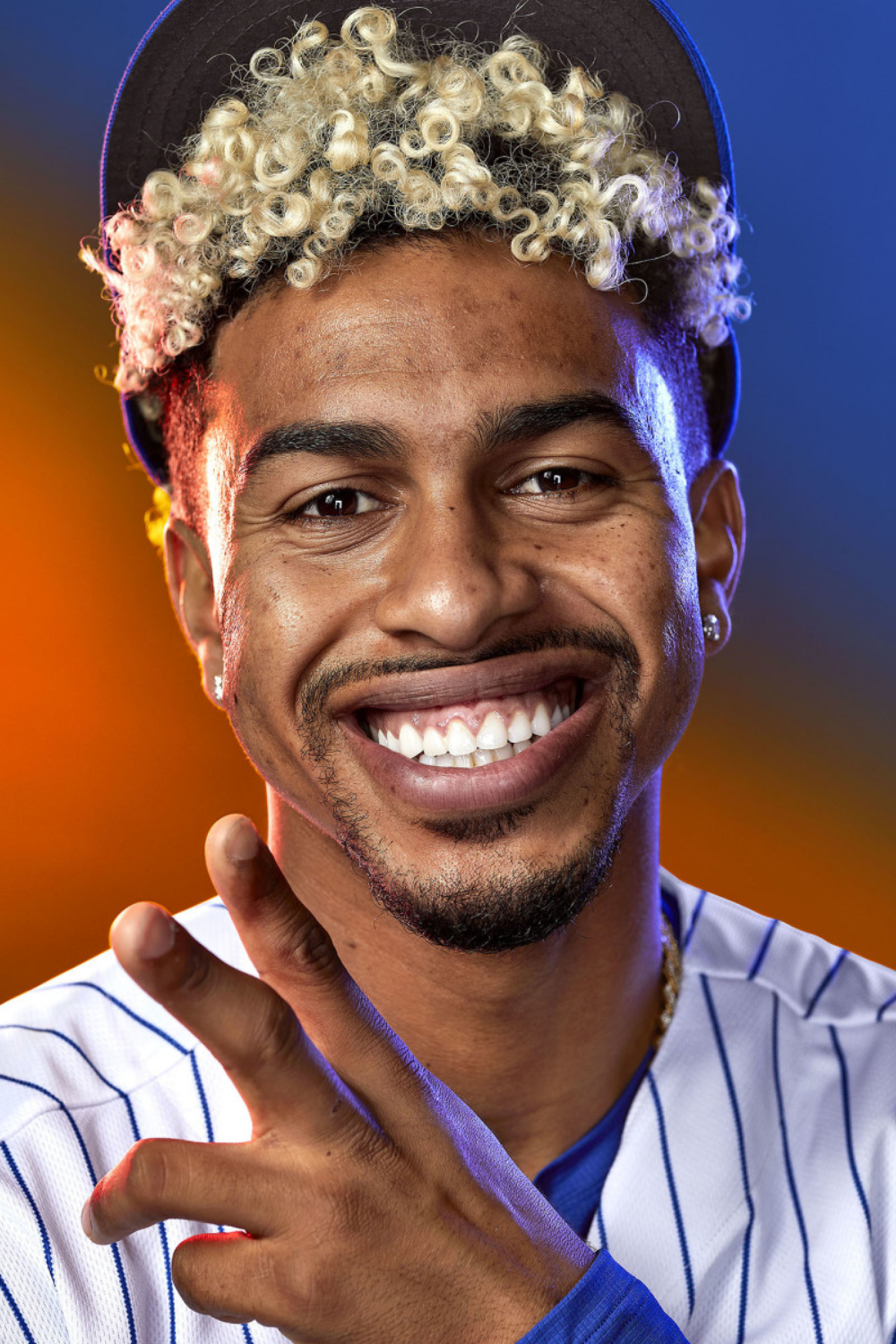 In addition to this we have seen him in his all natural black hair with stripes of blonde going across his head and the reason for this is to stand out!

Due to the contrast blonde makes against black and brown skin it allows the colour to pop more which we believe is the number one reason so many people love styling their hair this way.

We can’t have a Francisco hairstyle list without his platinum Gray hair, I mean what was he thinking! 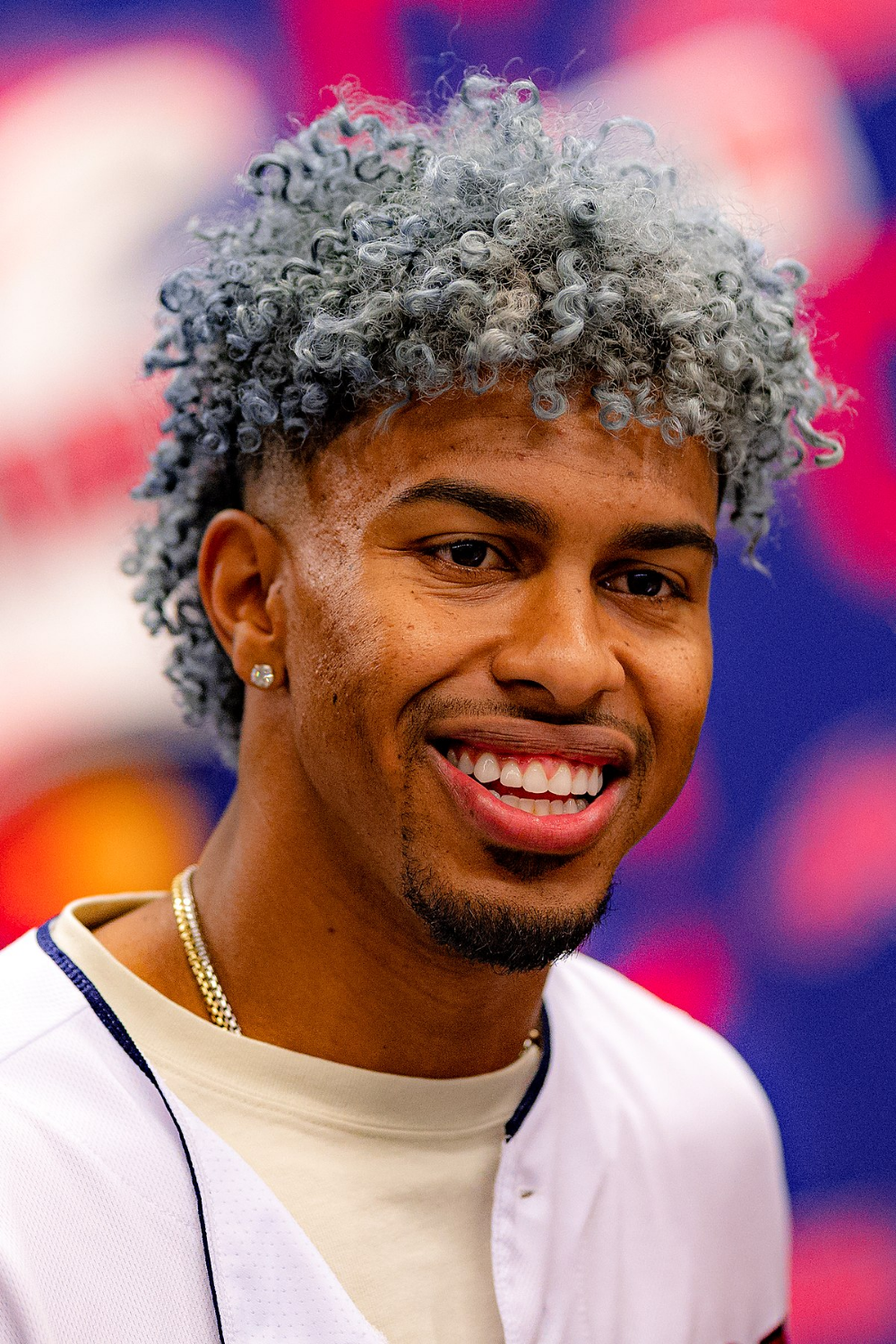 We can look past blue, blonde and green yes even green hair but gray, I mean why would you voluntarily change your hair this colour.

In his own words he said, “I still can’t get it out of my head, “It’s like the girlfriend you break up with. You never get over it. You turn the page but you remember she was there.”

Safe to say he won’t be doing that again. 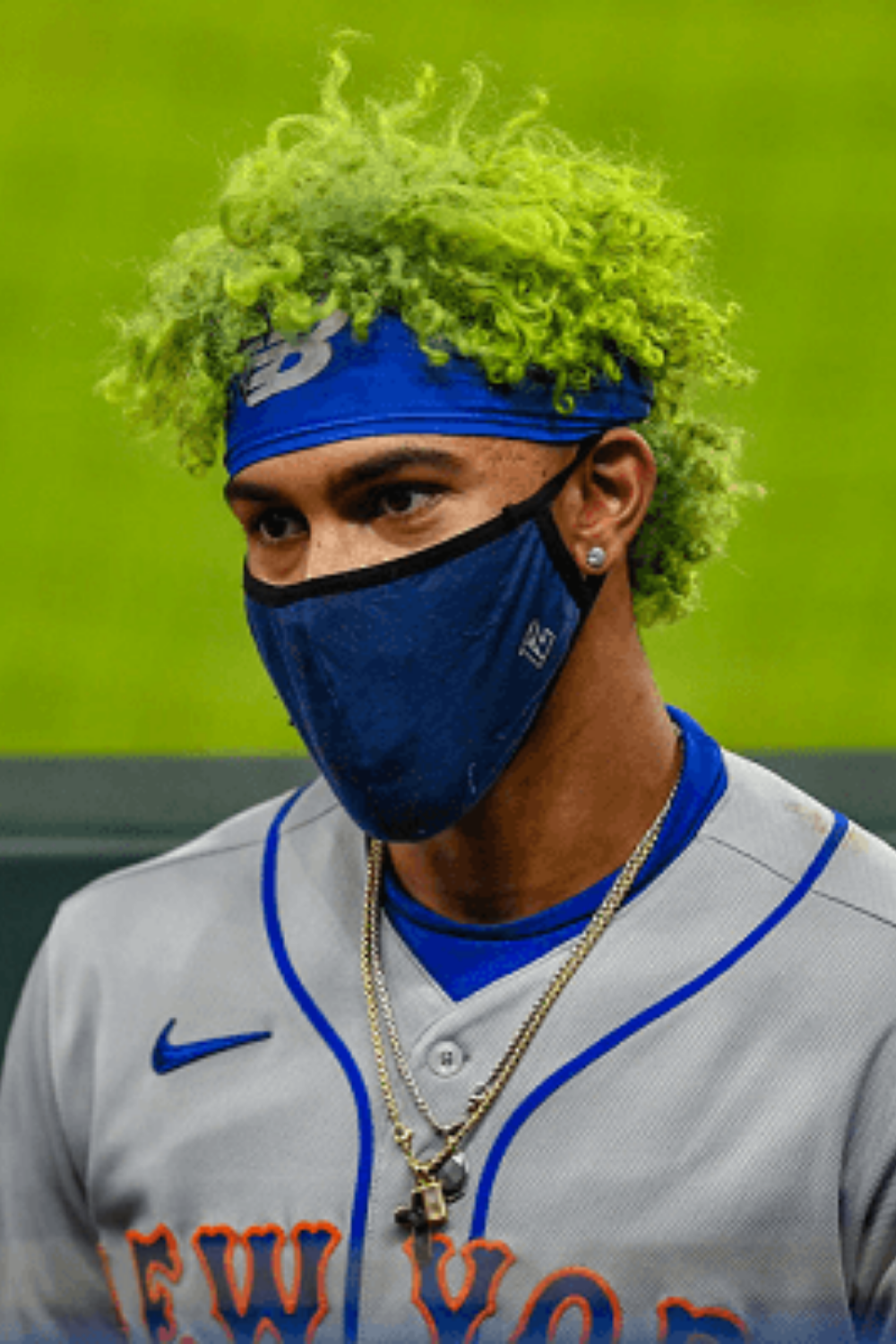 Were under the impression this colour was in fact an experiment gone wrong, I mean who asks for green hair, well let’s take it back Dennis Rodman’s Hair was styled in all colours so were not surprised athletes regardless of sport have followed suit.

Again his green hair is nothing more than wanting to stand out from the crowd and you know what, he did. Love it or hate it, one things for sure it turns heads. 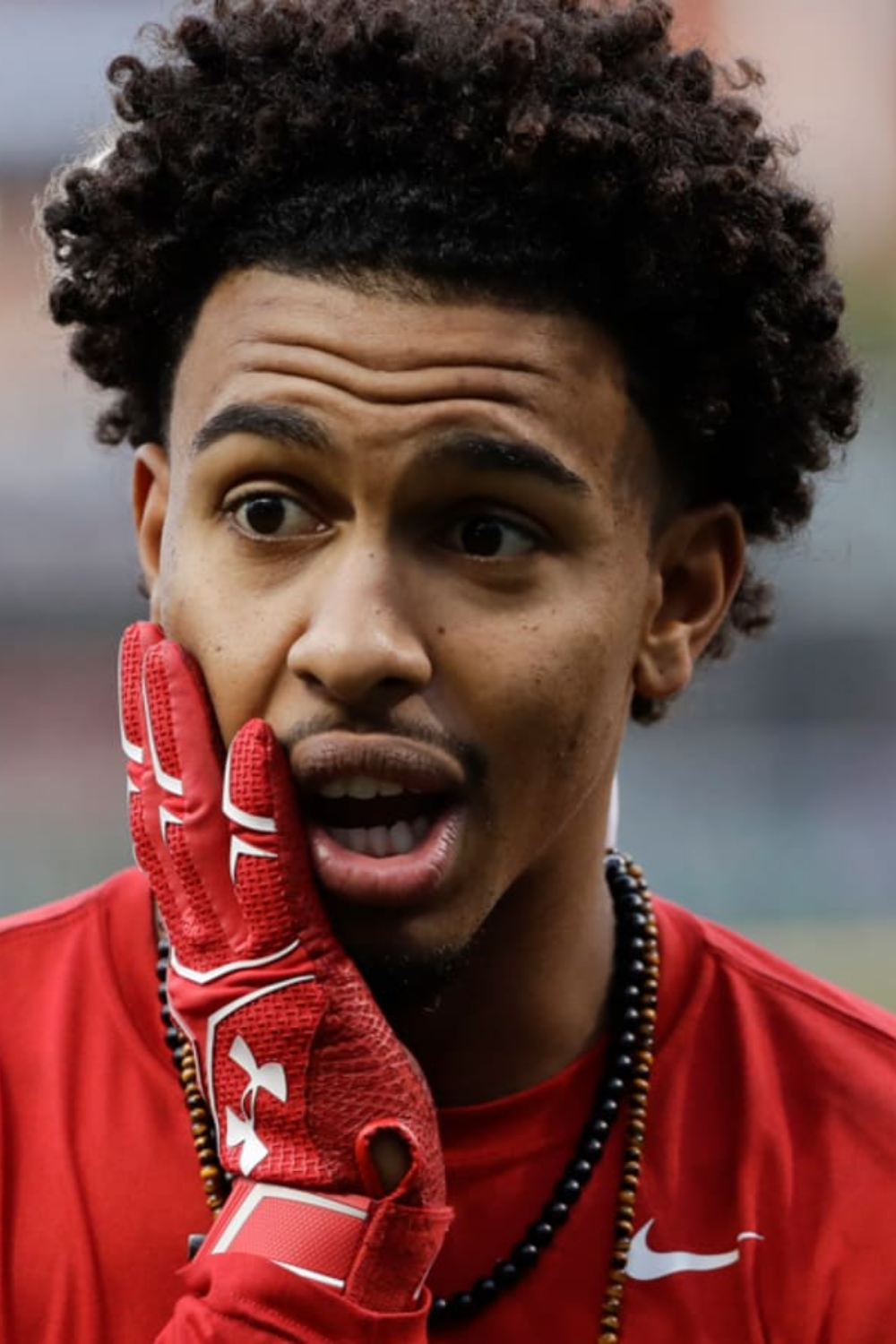 Prior to him being “bored” we saw the athletes natural hair on all styles whether that be his braids, buzz cuts or his natural curls. 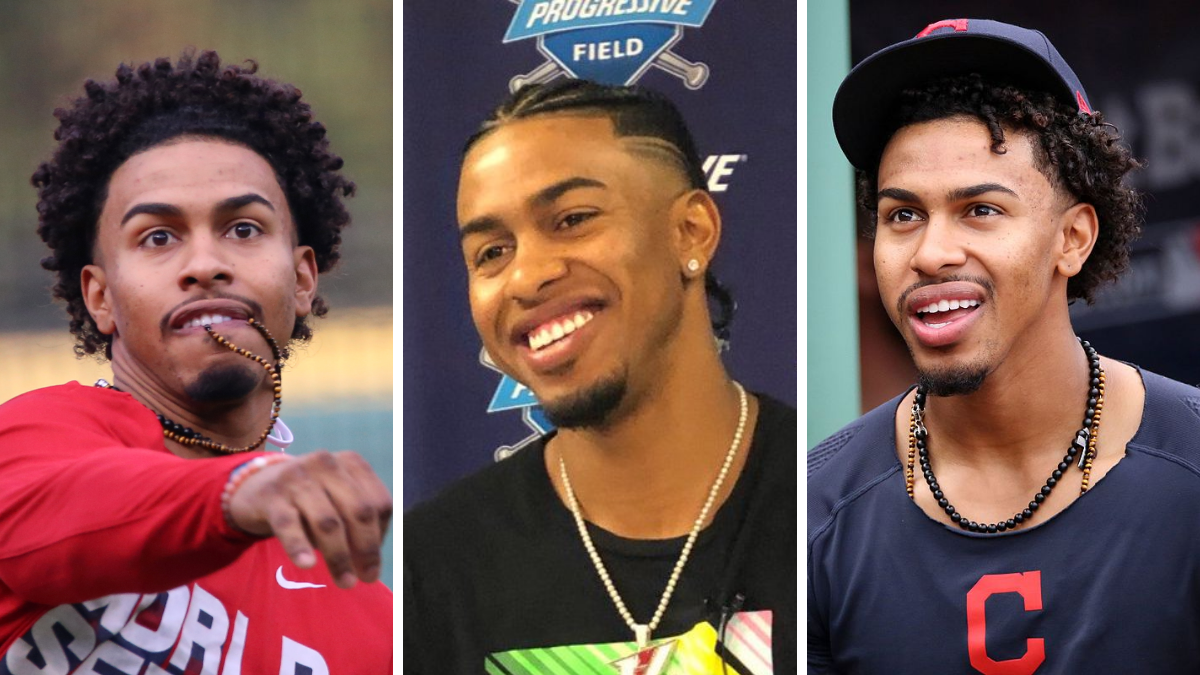 His curl pattern evident in black as well as his hair looking healthy and well maintained, we wouldn’t be mad if he returned back to black permanently.

The only consistent feature when it comes to his hair is the burst fade that runs across the sides of his head, sometimes plain and sometimes with designs drawn in. 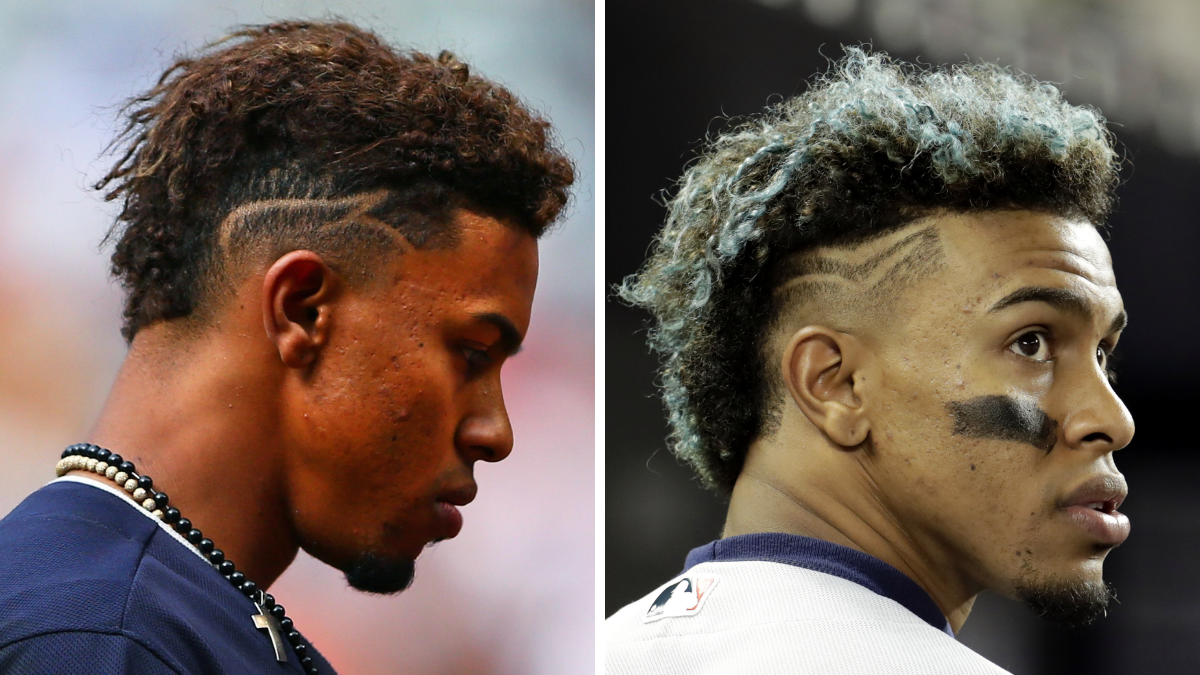 Regardless of the colour he places in his curls were always guaranteed to see his burst fade coming through which compliments the overall look.

In an interview with SportsNet New York he revealed the constant bleaching and dying of his hair was a result of being bored with plain colours, take a listen below.