Young Thug Dreads form a large part of his image, style as well as being a cultural identity symbol coming from Atlanta.  A large majority of rappers with dreads come from the southern states which continues to influence individuals from these regions.

You know your onto an interesting set of locks when it belongs to a rapper whose bleached his hair with every colour under the sun, had dreadlocks reattachment done as well as having his hair styled in a variety of ways.

Our editorial covers Young Thugs dreadlock journey in its entirety!

How and When did Young Thug Dreads start? 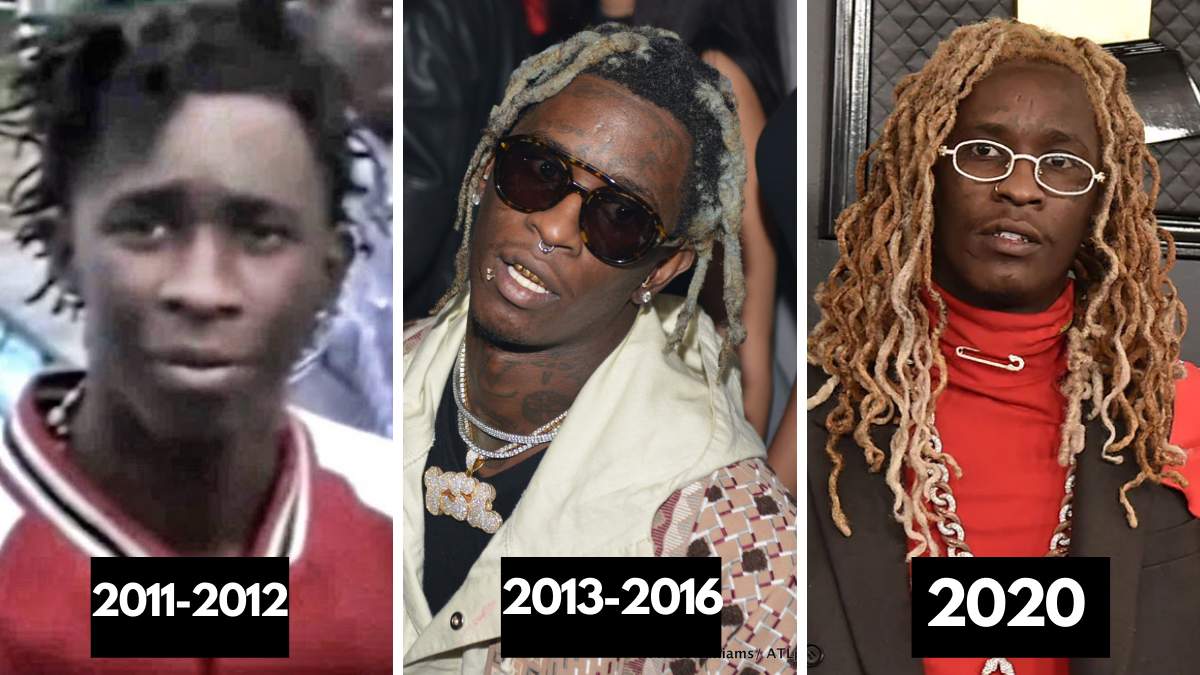 How: Young Thug began his dreads with the twist sponge method and then let them semi freeform.

This is evident by his frizzy roots and afro under his twists. As they gained length he then cut his dreads and reattached them with a new maintenance routine creating a uniform look.

We have created a separate section detailing his dreads reattachment.

From our research on YouTube we can see videos around this period of his starter dreads. To date he has been growing his dreads for over 10 years

As Young Thug gained fame and notoriety we saw his appearance change, especially his hair which Greatlocs details below.

If we compare images of Young Thug from 2015 and 2020 its clear there is a difference in his dreadlock structure, size and sections which comes down to having his dreads reattached. 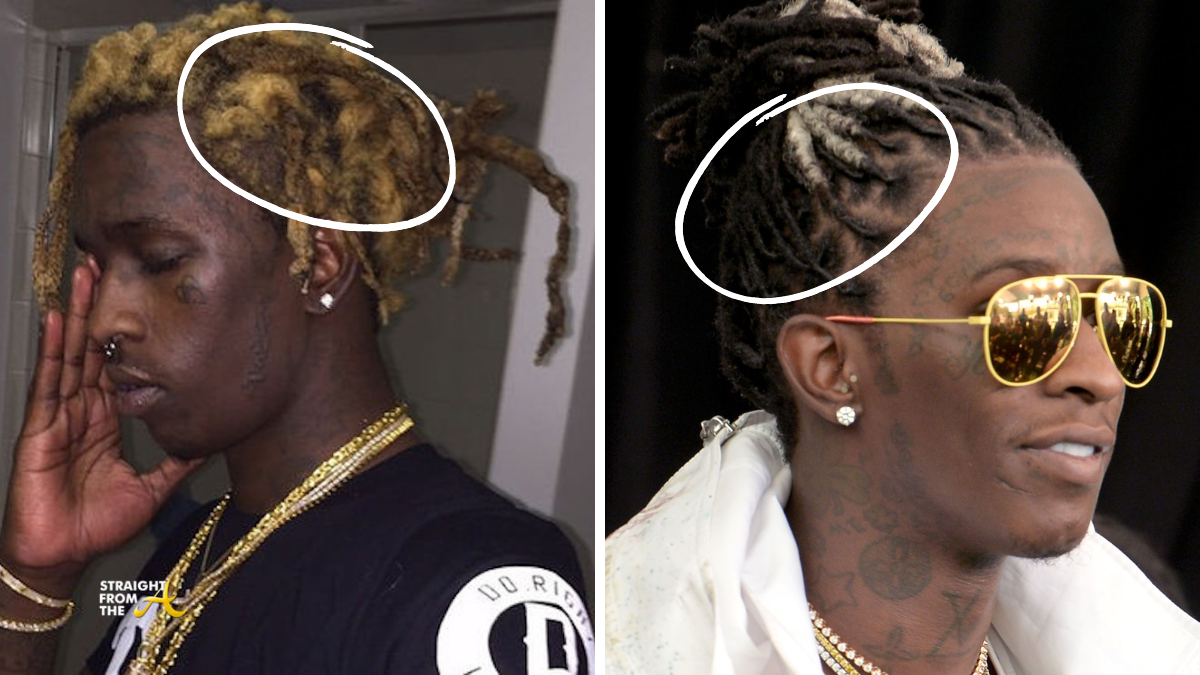 Prior to his reattachment his dreads were usually unkempt and frizzy, whereas today we can see his hair maintained and sectioned.

The images above help demonstrate the changes that have taken place to his dreads over the years which would suggest he had them redone.

In support of his album and single campaign we saw Young Thug dye his dreads Pink. All press is good press as they say, and Thug understands that. 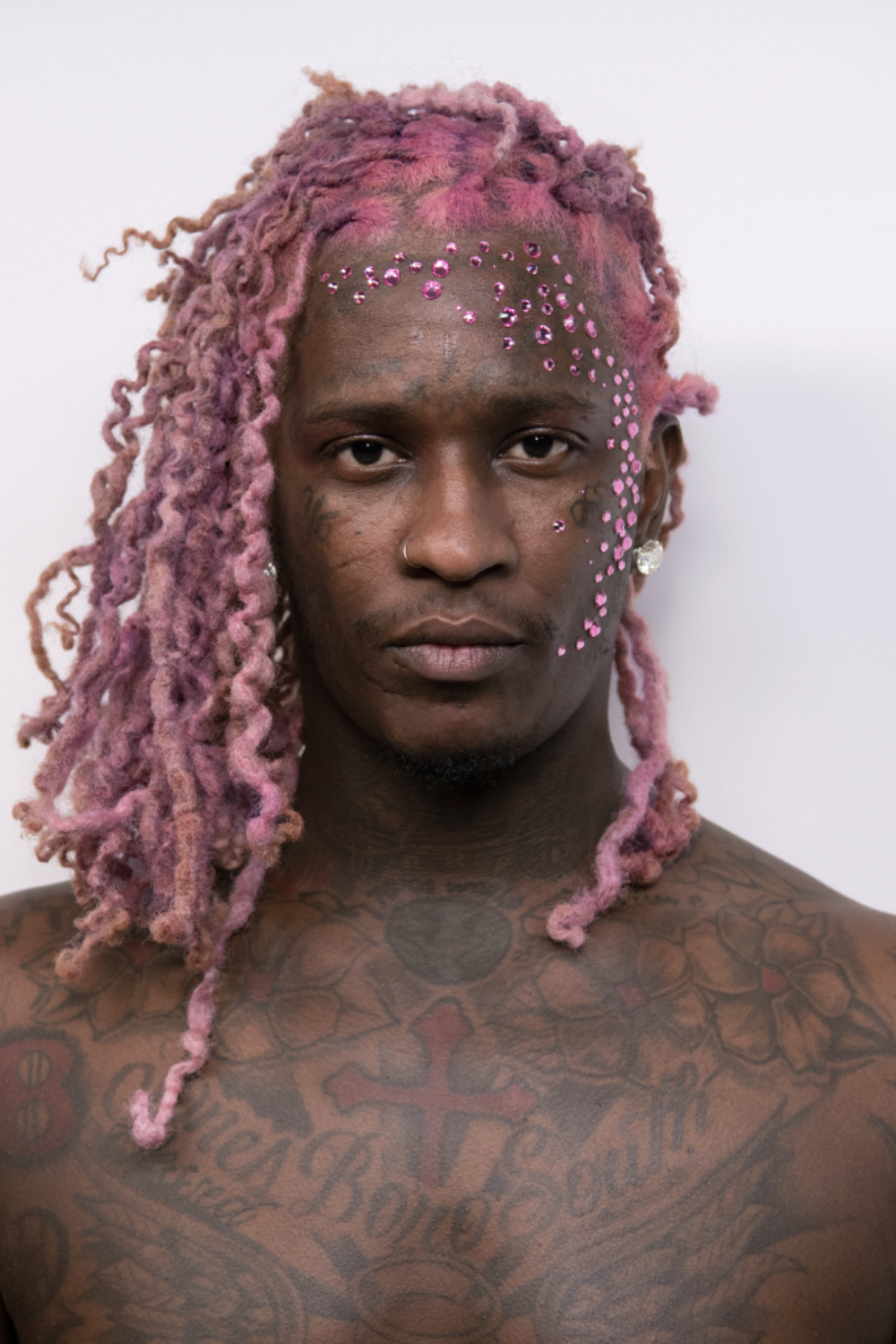 Its not enough to tweet about a song these days, we see artists using unconventional marketing campaigns to get fans excited. As well as his pink dreads he mostly wore pink clothes to fit the theme. 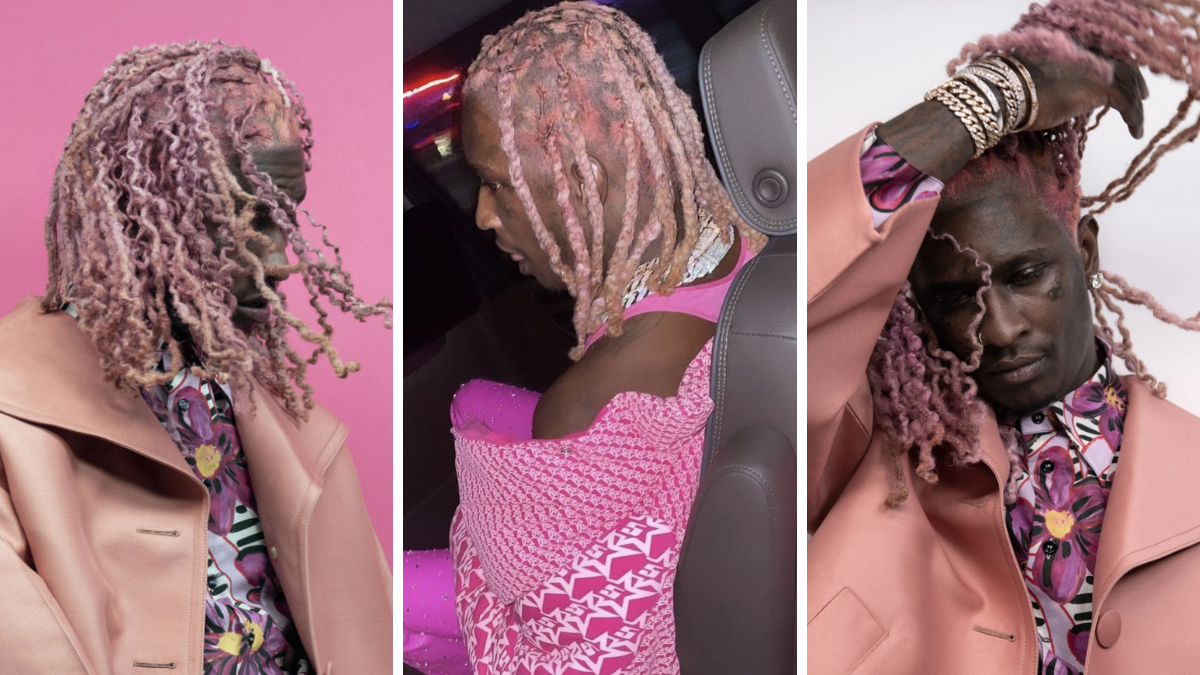 When he’s not dying his hair blonde or red for shock value his most reoccurring colour is blonde, and we can see a great number of examples with Thug in blonde hair. 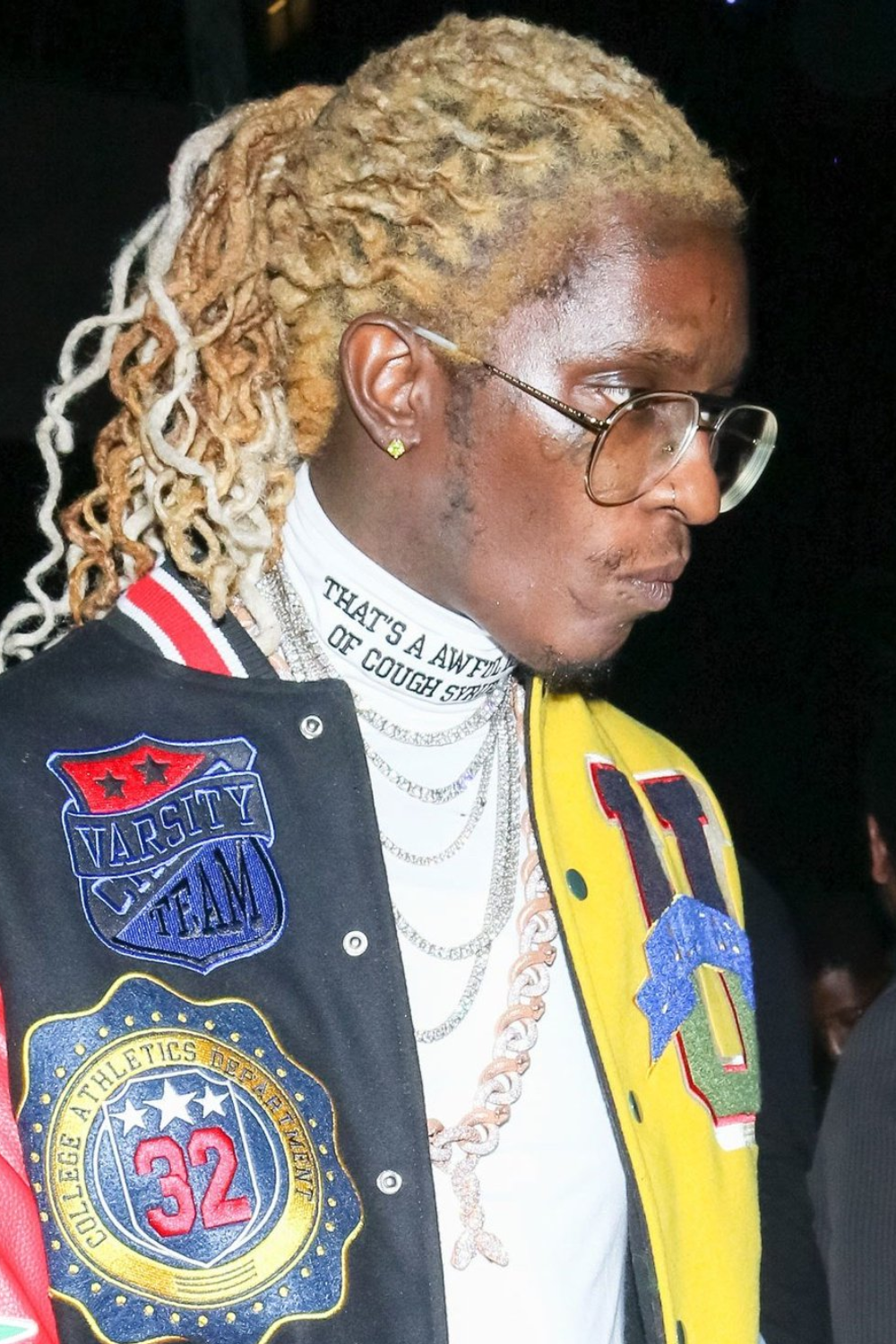 Blonde dreads are a favourite amongst rappers due to the contrast look it creates. Blonde hair on dark skin rappers makes the colour stand out more which prompts them to get the colour and we all know rappers love to stand out. 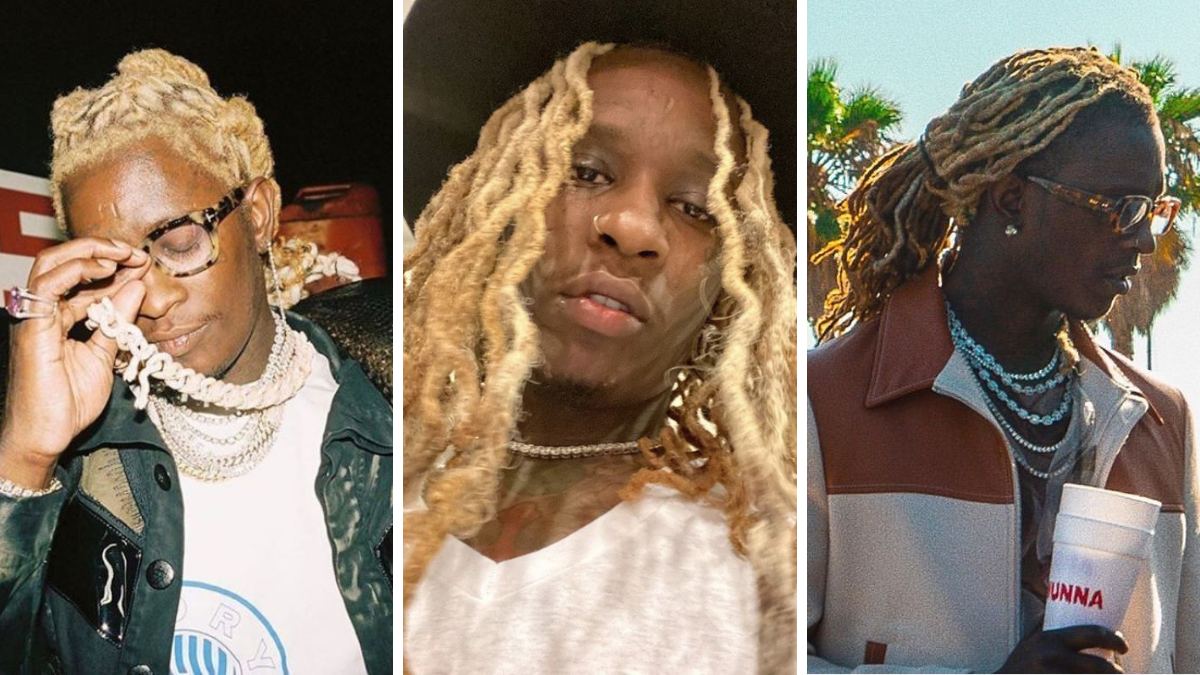 Once dreads gain length the styles that can be worn are never ending. 2 strand twists, braids, pineapple tops, cornrows, ponytails you name it, and it can be done.

Thug will often time style his hair in all the above styles which also allows him to pull off his twist out.

With any protective style dreads are placed under compresses the hair and when unraveled creates a unique curl pattern which is then also worn as a style! 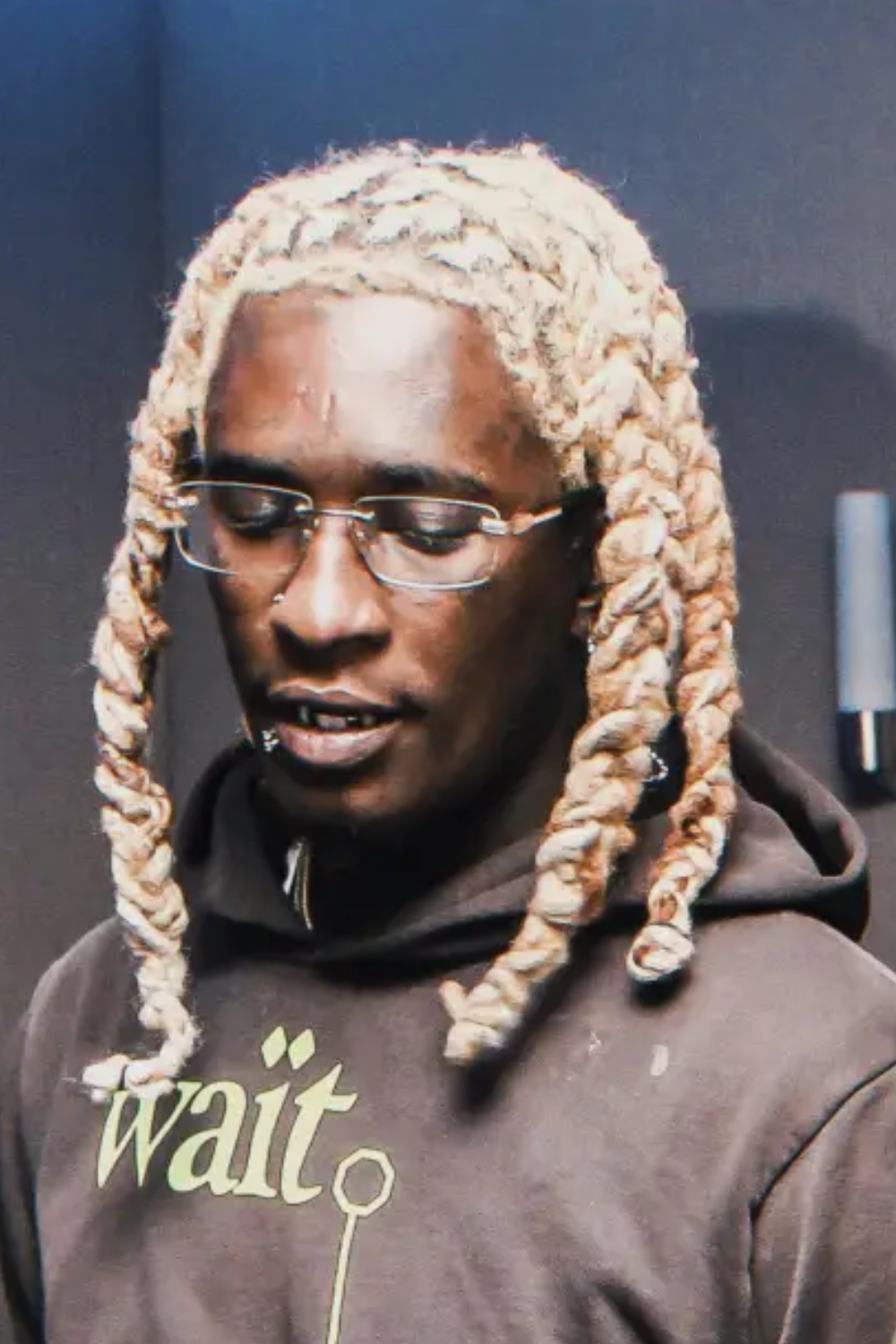 Tips if you want Similar Dreads

This is especially the case if you’re wanting to reattach dreads like young thug.

During the consultations locitians will be able to have a closer look at your hair type, discussing the process in detail, hair products to use and avoid and parting systems.