What colour hasn’t Trippie Redd Dreads been experimented with is the first question you may be asking, secondly, you may be wondering if his dreads are real and lastly what his dreadlock signature look is, all of which are legitimate questions that will be answered.

You know your onto an interesting set of locks when it belongs to a rapper whose hair has caused controversy and speculation which is why our Trippie Redd Dreads editorial continues to be highly sought after.

How and When did Trippie Redd Dreads Start? 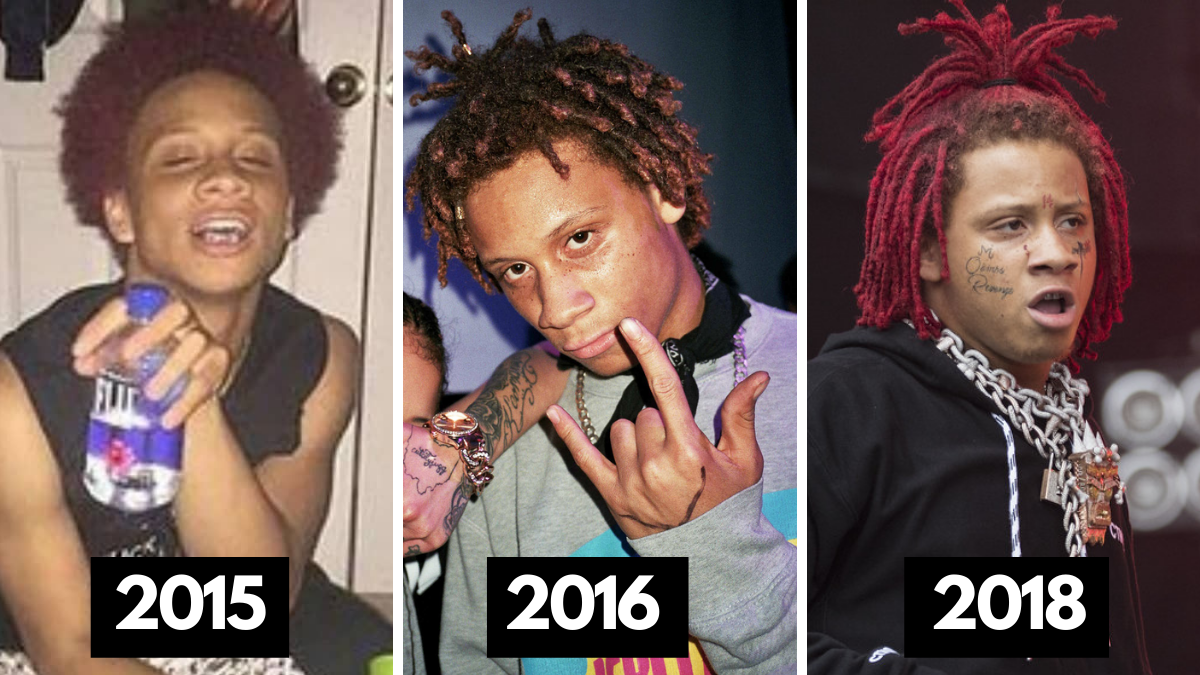 How: From the older images we found on the internet suggests that his dreads were started in a semi freeform fashion and how do we know this?

His roots are fizzy and unkempt which would suggest he started with a sponge twist and left them to grow.

As they gained length, he then introduced a maintenance routine but at the beginning his hair was started this way.

When: From our archives we can see Trippie began his dreads during 2015 and 2016.

He has been growing his hair for over 5 years at this point with no signs of slowing down.

As we mentioned before, rather than speculate we will investigate rumours of the rapper placing dread extensions in his hair. See video from Great locs below.

Our opinion on Dreadlock Extensions

In our honest opinion we don’t judge rappers with dreads that use extensions to help them achieve their desire length and density. Therefore, if this is something Trippie decides to do then so be it.

We as well as music fans appreciate honesty and a great example of this can be seen on Fetty Waps dreads! He didn’t try to lie about having locks installed and was honest from the start.

Well to be fair It would be harder for him to lie about it since he went from an afro fade to dreads overnight, you can’t fool us that easily.

His Red dreads are his signature look for 2 reasons

–His association to the blood gang who wear red colours. 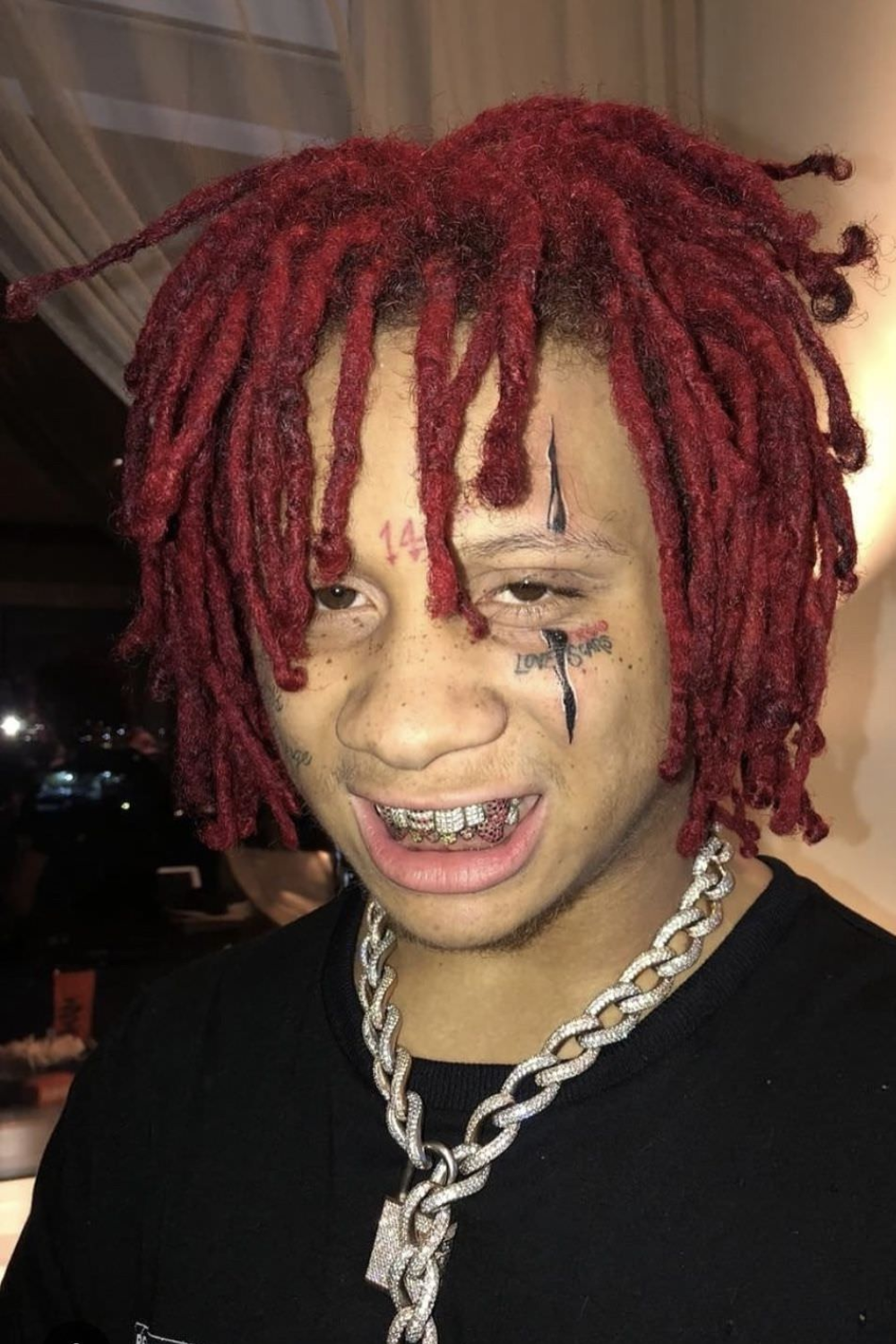 For those reasons alone we have seen multiple Trippie Redd images of his dreads dyed in this colour. 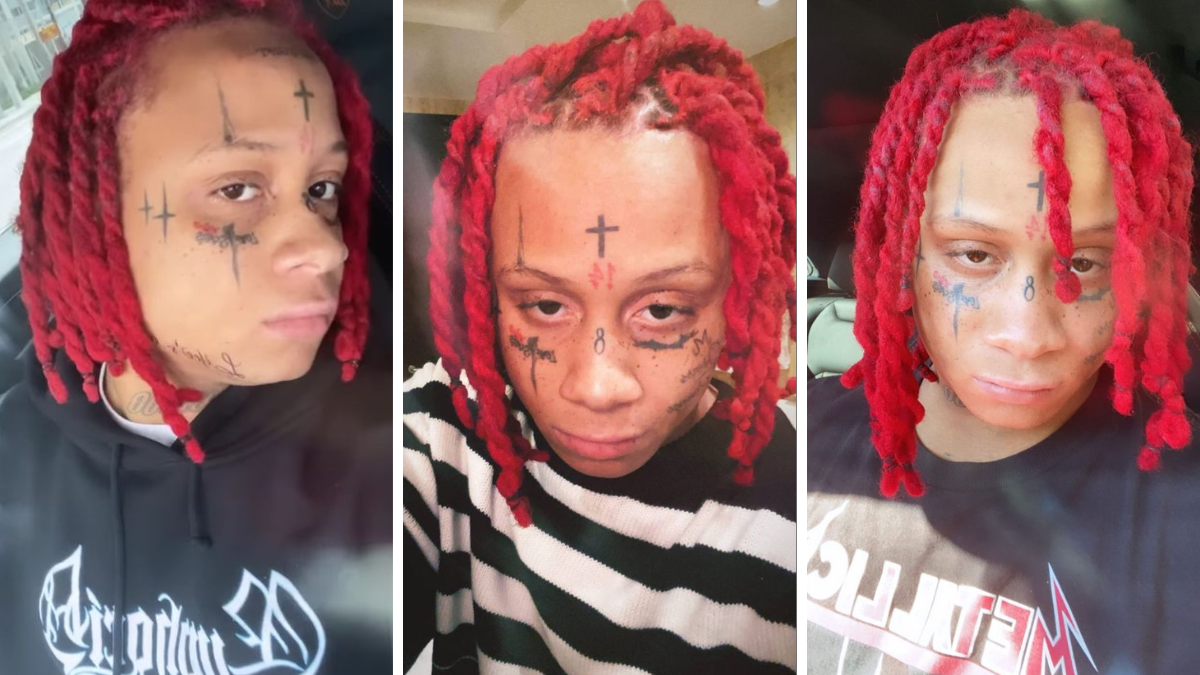 Not only does this make it a signature look for the rapper but one in which he has influenced his fans with. Today its more common to see colourful dreads due to his influence.

At this point we have had a large representation of rappers dying their hair blonde from Lil Durk to Sofaygo dreads being great examples of this. 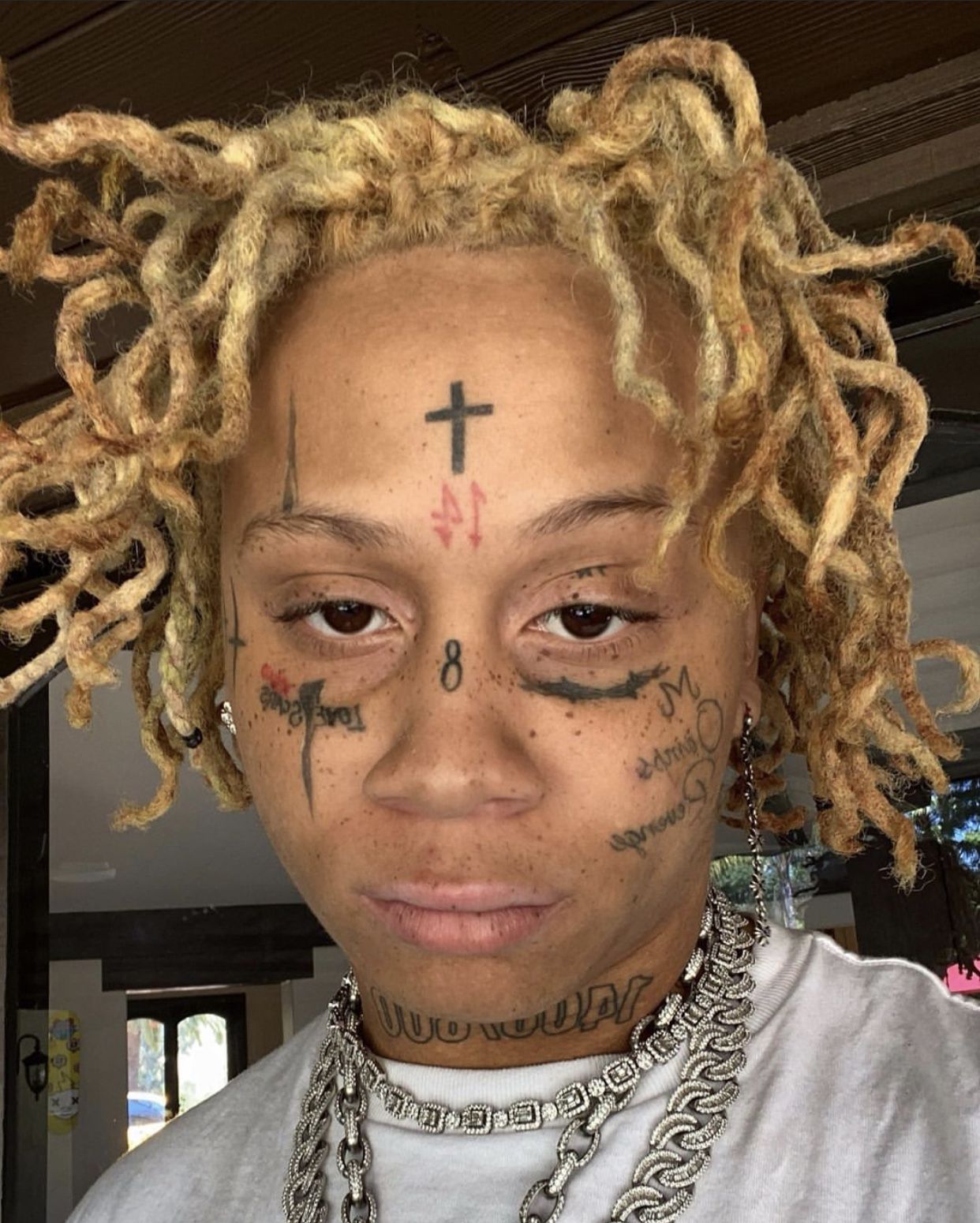 Since contemporary rappers continue to bleach their hair this colour were not surprised to see the influence spread around. 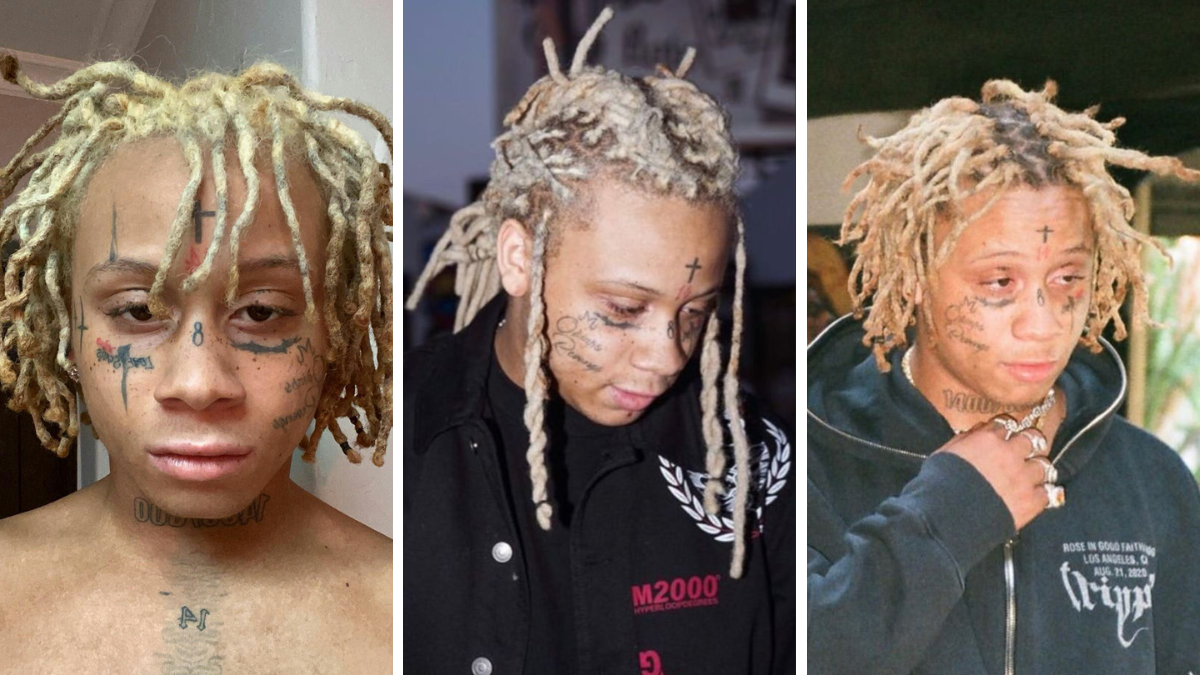 Trippie made the extra effort to make his bleached blonde appear even lighter which resulted in a more distinctive look in comparison to his peers.

The idea of bleaching dreads is all about being daring and bold which is what can be seen in his green Dreads. 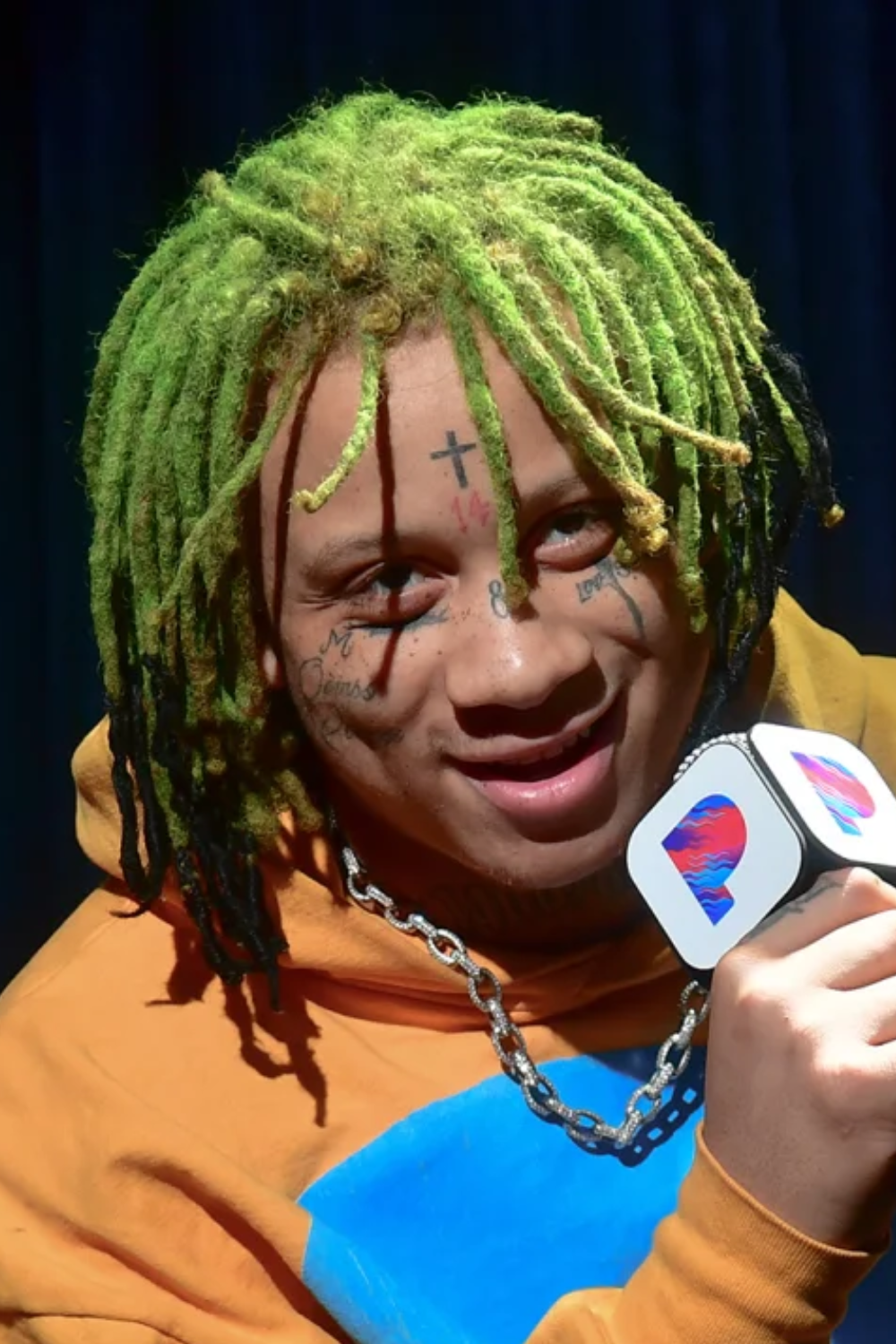 Whilst Red may be his signature colour, we continuously see Trippie sport his dreads in different colours which results in likes and engagement on his social media pages. 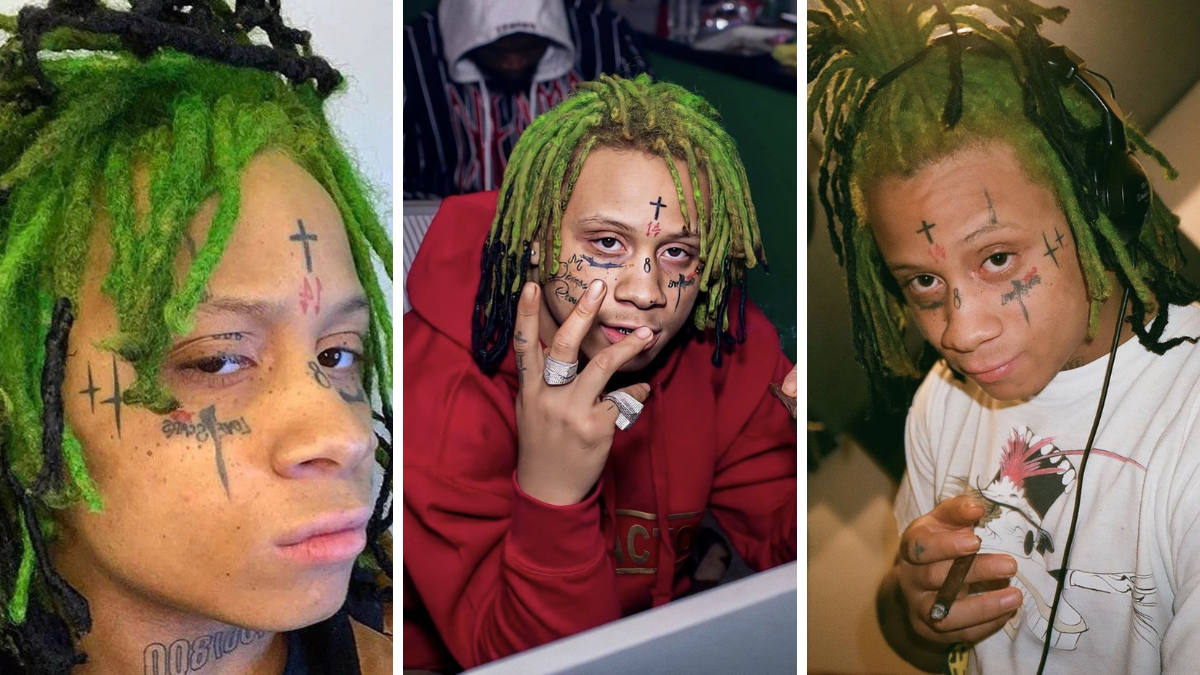 In addition to this he stated his love for money made him dye his hair green, nothing wrong with that, I guess. I mean I love money too but not willing to go that far if I’m honest.

At his current length were able to see Trippie place his dreads in 2 strand twists as well as other braided styles. 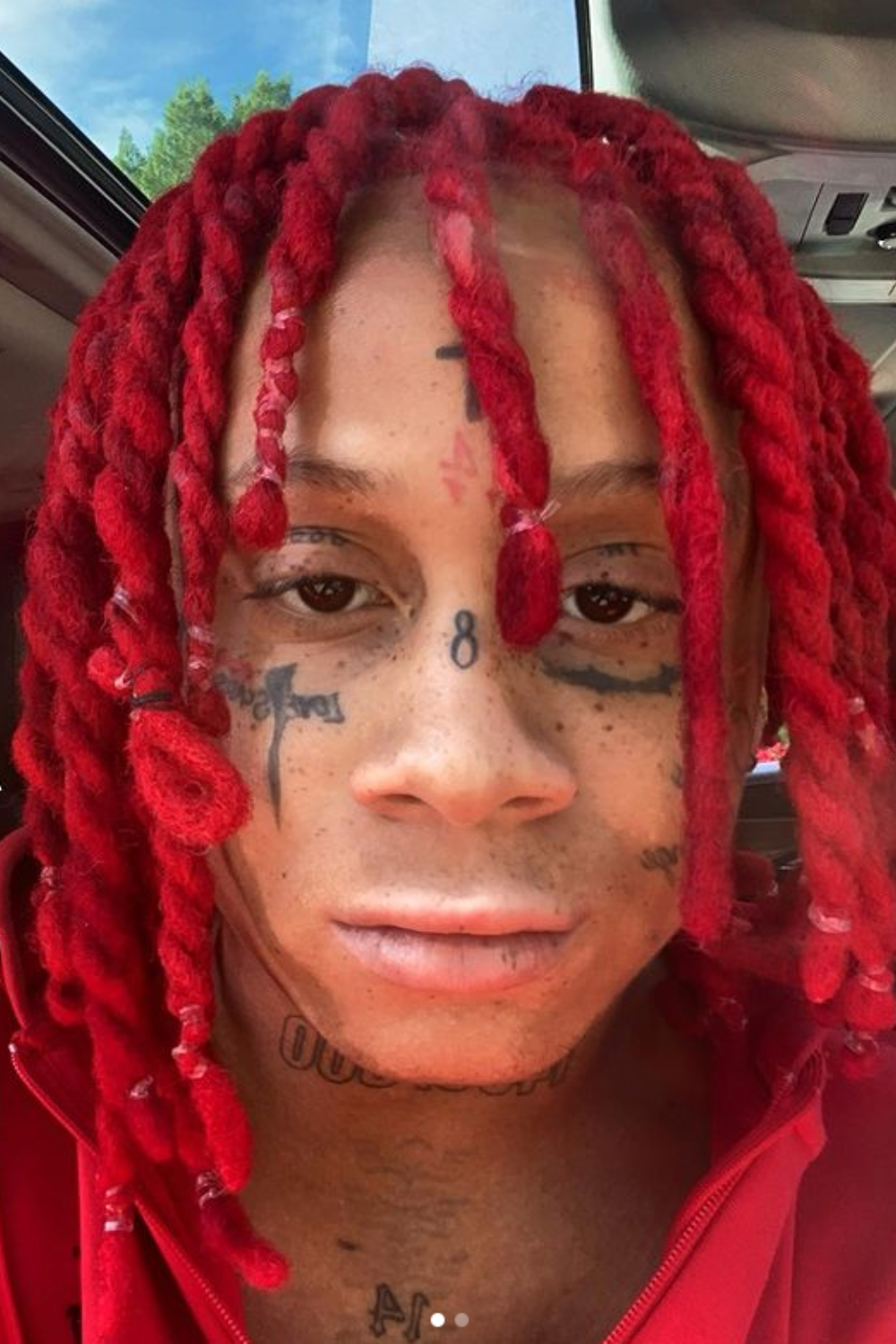 Most of his protective styles have been worn whilst bleach is in his hair, further making his set of locks stand out.