Tom Hardy Height has been recorded at 5’9 which is the average male height. Our editorial will compare Toms stature against both short and tall individuals.

“I’m not big enough to be The Punisher, I’m 5’9” are the words out of Toms mouth during an interview with the collider. Agree with him on this? 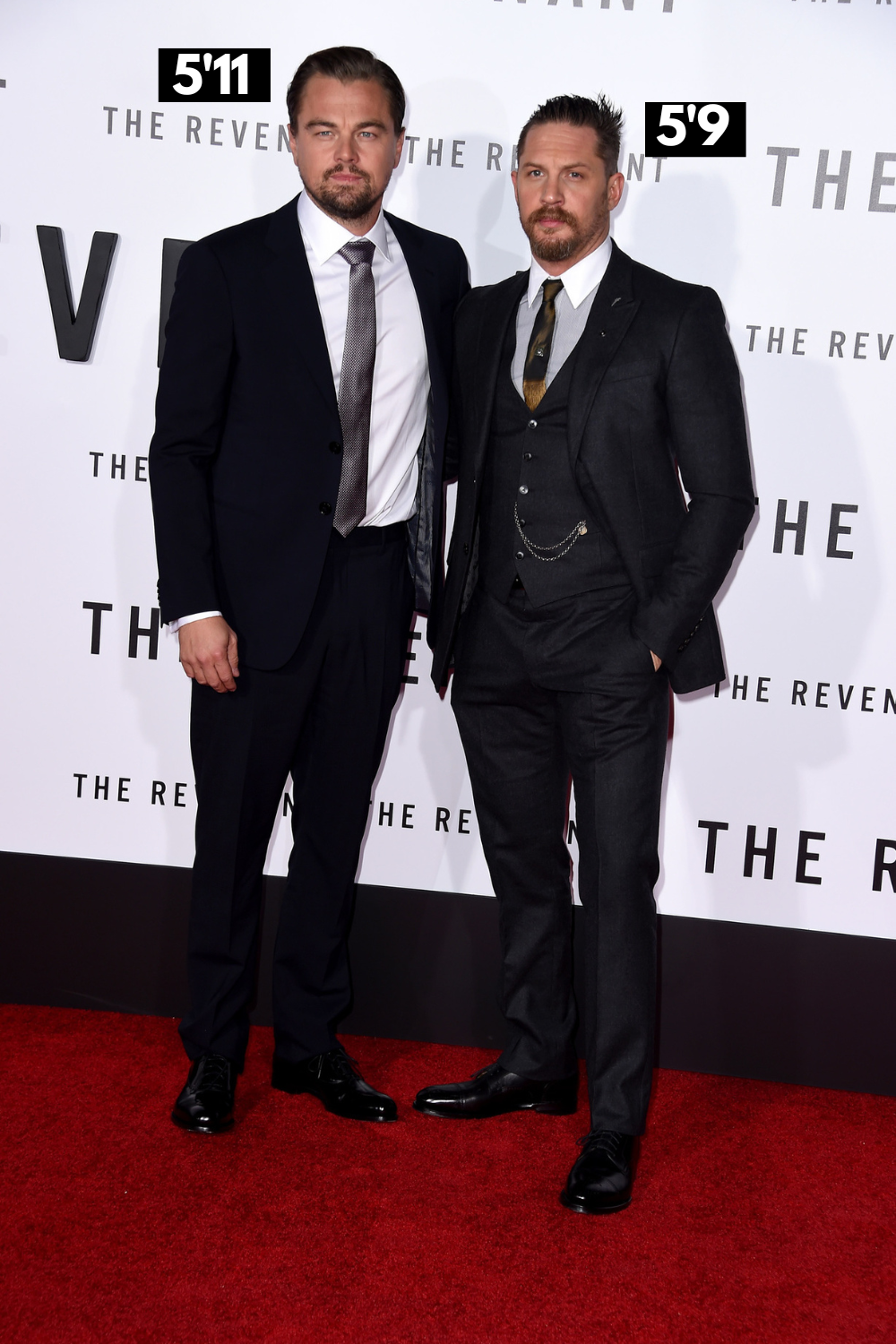 With that in mind what does the average male height look like when stood beside a 5’11 frame, enter Leonardo DiCaprio.

There have been several images of the 2 at movie premieres and award shows with Leo noticeably taller than Tom which is going to be the case having the actor being closer to 6 feet.

Next we can see Tom stood beside Director Andy Serkis at the screening of Venom and the height difference is noticeable immediately. 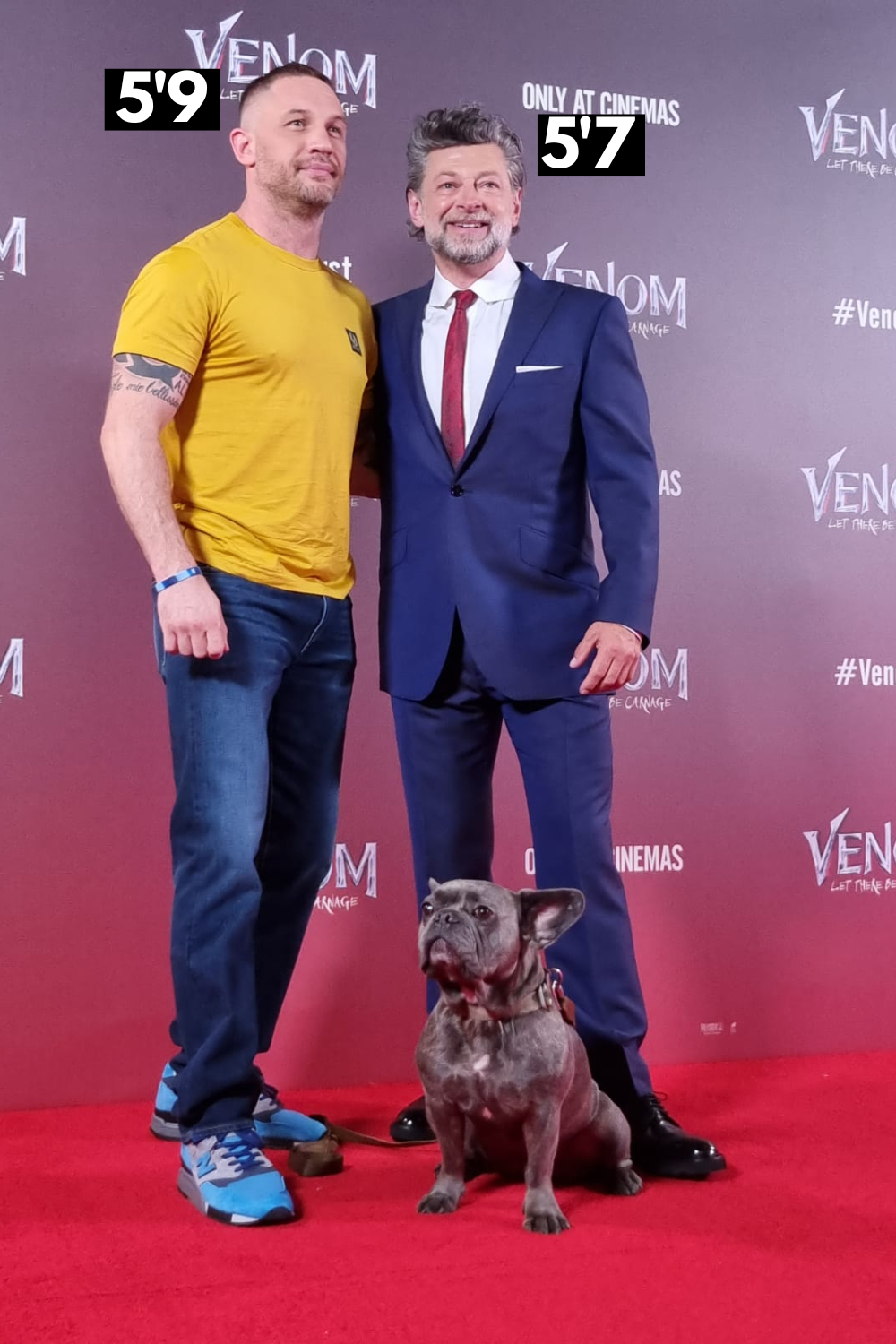 Celebheights.com lists Andy Serkis at 5’7 which would place him 2 inches under the average American male height standard.

Lastly we can see Tom stood beside Shia LaBeouf who stands at 5’8. This may come as a shock since many have believed him to be taller (That’s just the camera guys) 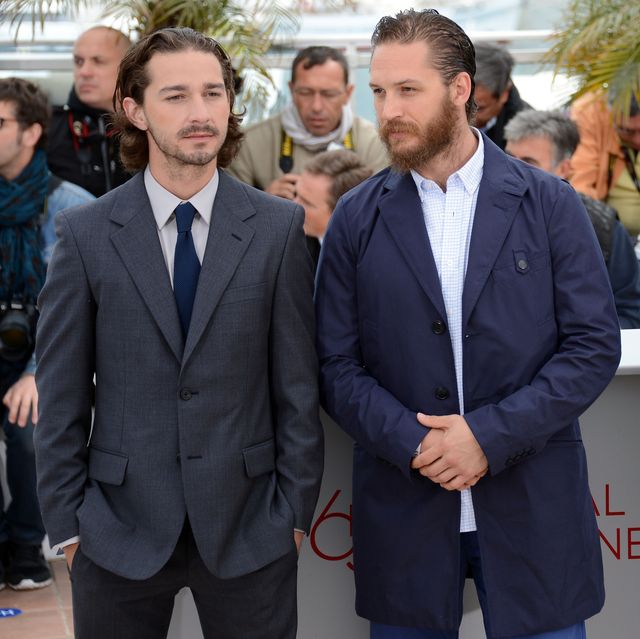 Standing at this height also sees Shia under the standard male height and this is easily noticeable when stood beside Tom. The difference is minor but if you look a little closer you will be able to see it.

You know it DOES NOT MATTER! We could list a range of actors and comedians who have made a name for themselves due to their talent and hard work, this applies to Tom.

There is a growing interest towards his life outside of TV and film, with a specific focus on his height and this is only natural when he’s constantly seen with tall and short actors both on and off screen.

Tom Hardy Height has been recorded at 5’9

The Game Height (With Visual Comparisons)