The Weeknd’s Hair may be as versatile as his discography as we have seen it styled in multiple ways since his musical debut. Some of the Weeknd Hair moments which have marked time include his

Whilst his singing ability has placed him in a category of his own his hair has equally garnered the same attention for its unique look which continues to be a point of interest.

Our editorial covers The Weeknd’s Hair in its entirety!

The most memorable and distinctive hairstyle worn by the artist! 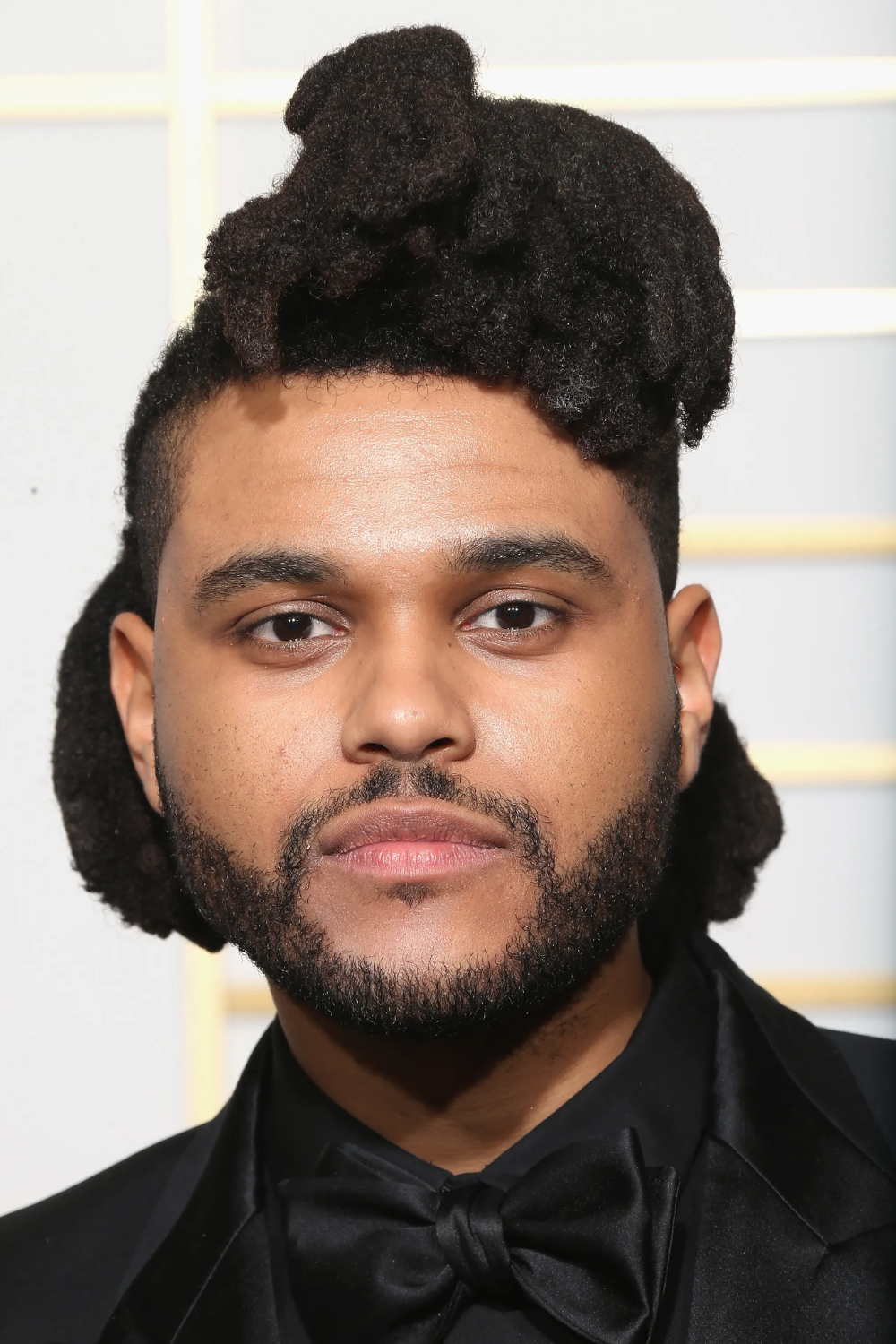 During a 3 year period we saw the Weeknd transform his hair into freeform dreads which originally took place due to there being no manipulation to his roots.

Throughout 2013 we begin to see his hair go through an afro, twists, matted congos to freeform dreads.

The beauty of freeform dreads is the ability to communicate freedom of expression which is what his hair represented the entire time. His creative nature knew no bounds. Music, art and his hair were canvases for expression.

During the process of his entire head forming into freeform dreads we saw there being many stages, one being his congo dreads. 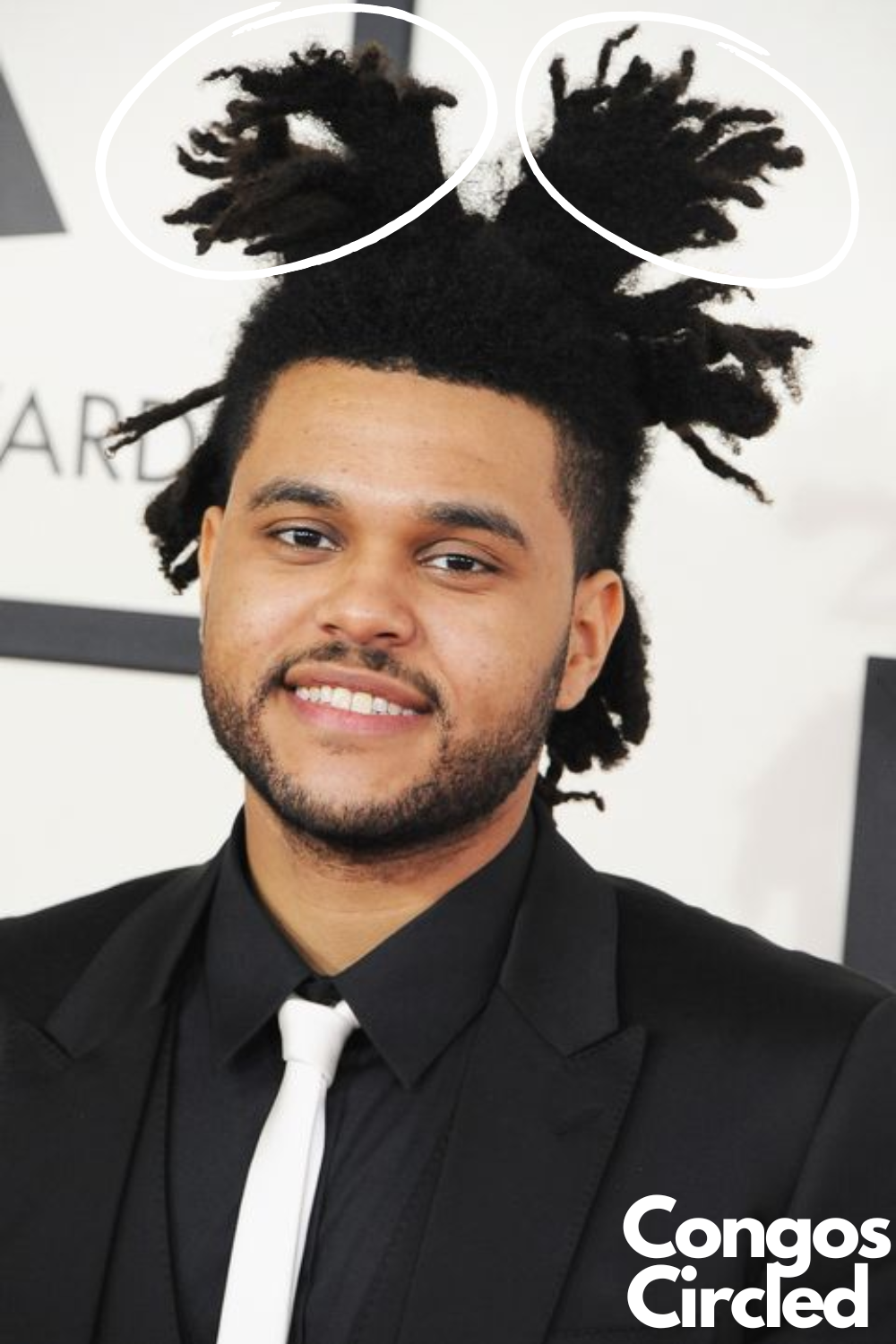 Congo dreads is simply when two or more dreadlocks merge into one dreadlock which could be seen all throughout his earlier phase.

We have circled the congos for you to quickly identify where they began to merge.

Whilst the Weeknd had freeform dreads congo dreads also frequently appears amongst those with semi freeform dreads since minimal manipulation takes places with this process too.

Having cut his freeform dreads off we saw the singer trying new styles and trying to create a new brand image for himself. 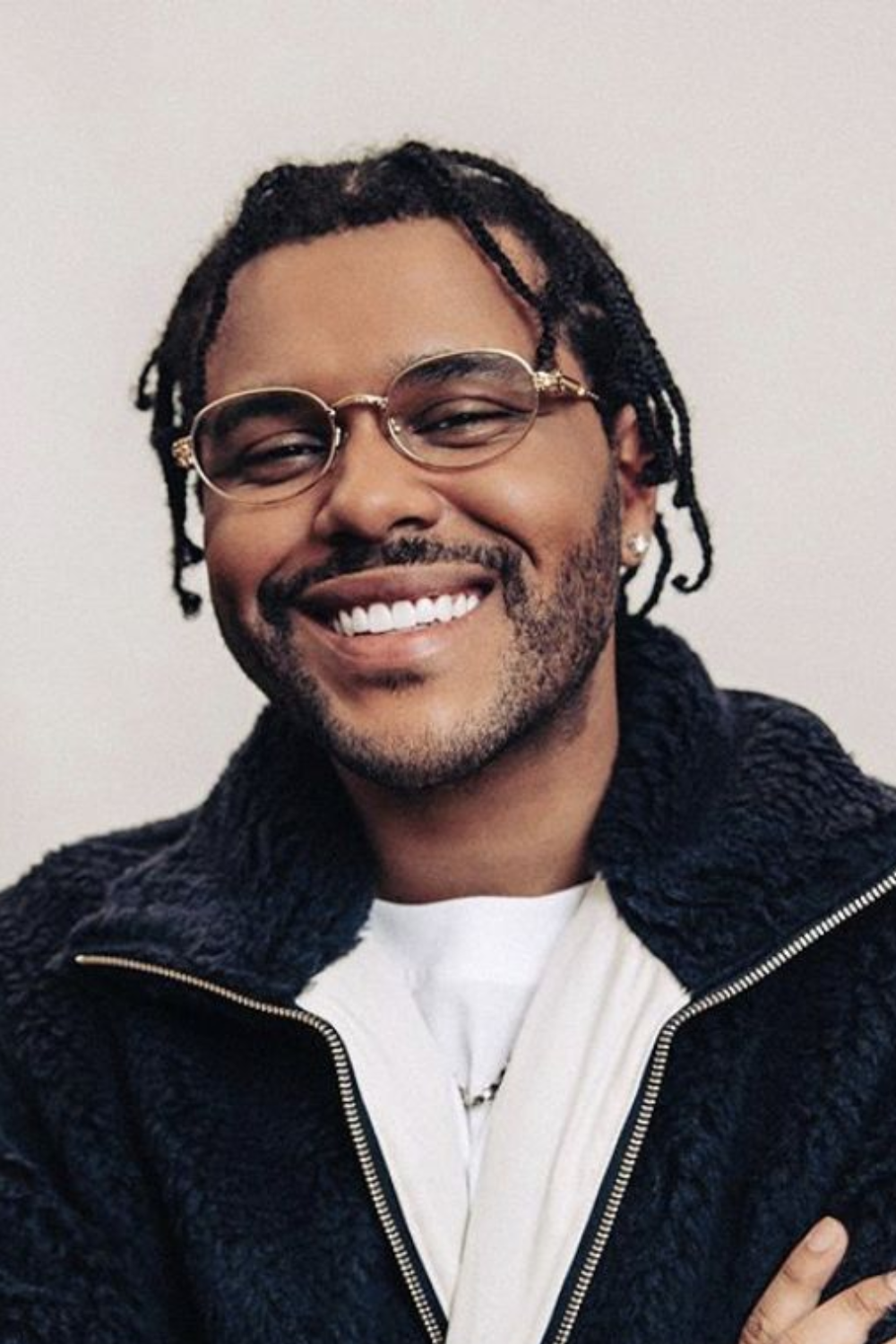 In a 2020 interview with Esquire the Weeknd describe feelings of insecurity stating he didn’t feel he could sell music based on his image, to quote him verbatim

“I wasn’t too confident with how I looked. I didn’t think that I could sell the music looking like me,”

At this point his success in the music industry speaks for itself which would explain the confidence to try other styles. Its amazing what success can do to your self esteem right!

He debuted the new hairstyle on his social media platform whilst celebrating his birthday.

Is there a variation of the Weeknd’s afro that we haven’t seen? I don’t think so. Small, medium, big, twisted, faded, he’s styled them all. 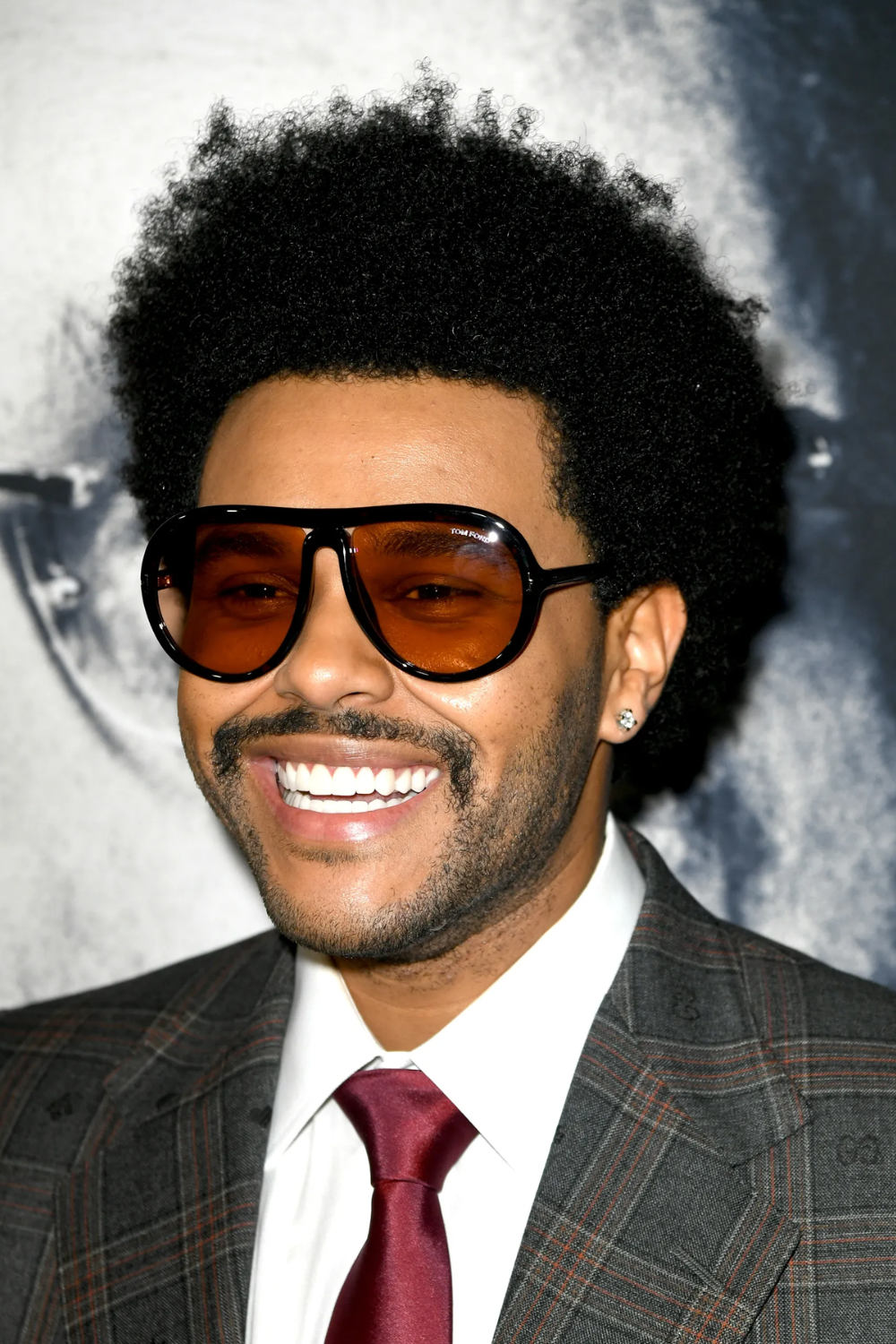 What’s even more interesting about his afro hairstyle was the focus it drew towards his moustache and beard.

The Weeknd is channelling his inner Lionel Richie were the headlines back in 2019 as he debuted his minimal facial hair and moustache at the Uncut Gems TIFF premiere.

You see what we mean, no attention to his afro all attention towards his questionable beard, thank God that didn’t last.

Hip hop hairstyles isn’t just reserved for rappers you know, can the singers get some love too? 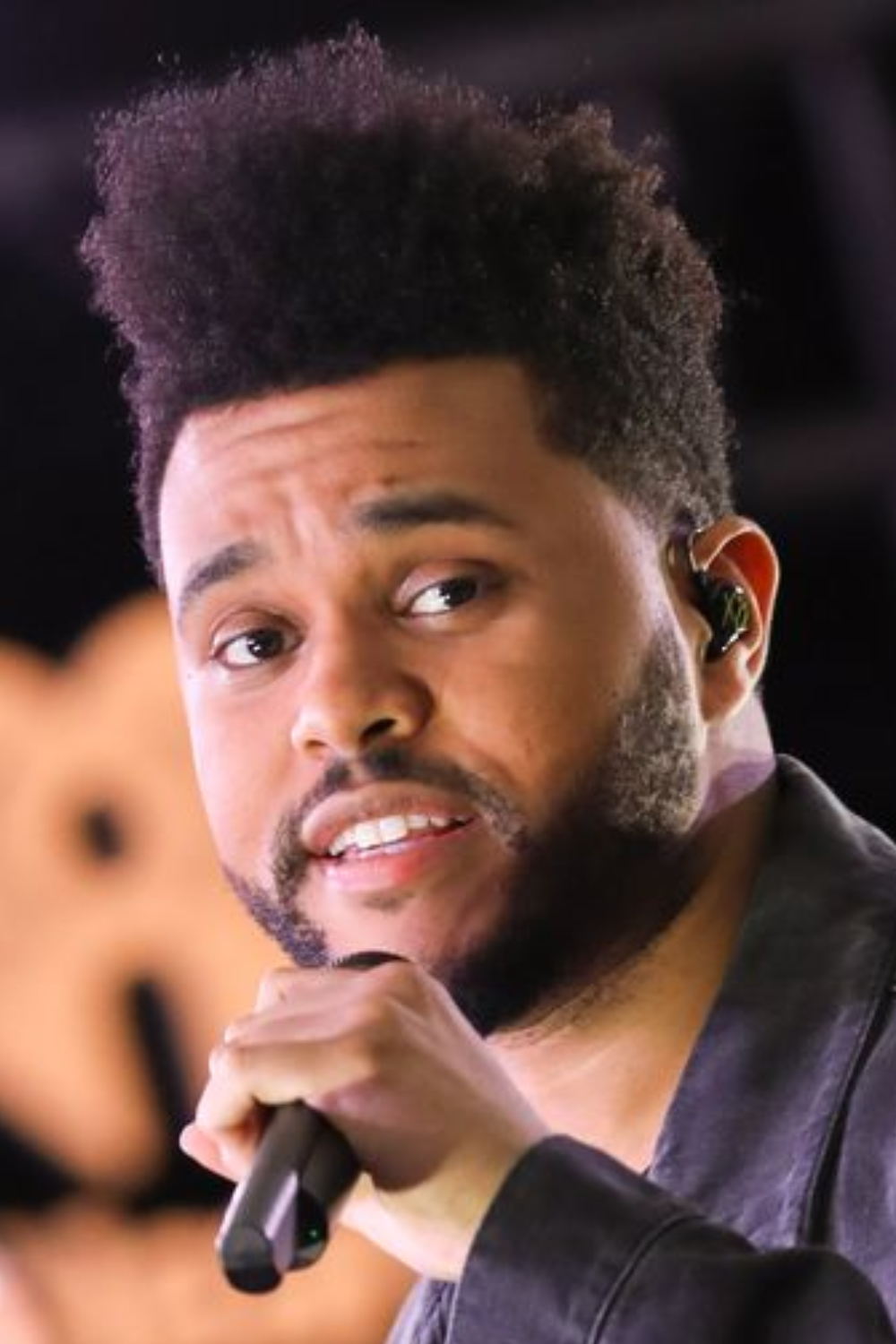 The influence of the 90s high tops hairstyles continually presents itself with modern artists such as the weeknd choosing to style his hair this way.

In addition to this we have seen multiple variations of his high top hair, twisted at top, multiple lengths, shaved sides with patterns.

From 2016 Voodoo music festival to 2018 Coachella The Weeknd has made several public appearances on the world stage with this hairstyle, safe to say it’s a favourite!

Achieving this look will simply require you to ensure you grow your hair a few inches and once that’s done head to your barber to get the sides shaved, its as simple as that!

Any images of the weeknd hair in a buzz cut means its most likely a throwback. 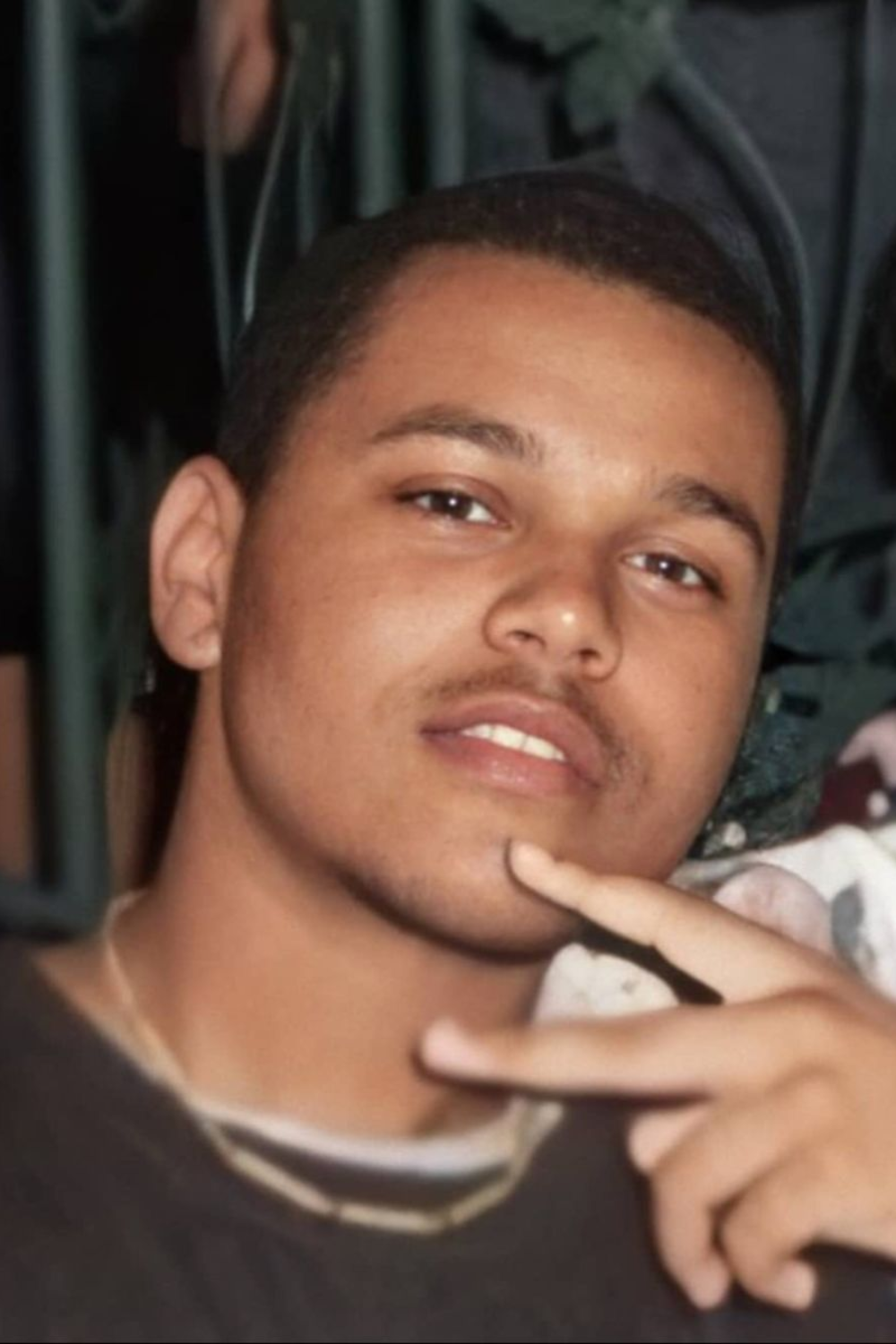 Today he opts for a low or medium afro but his buzz does take us down memory lane especially when he shares the throwback himself on social media.

One of the most interesting things about the weeknd hair is his evolution which has been documented throughout his career. In the video below we go through a detailed journey of the formation of his dreads and discuss his hair type.

The weeknd unconventional hairstyle is called freeform dreads. His previous hairstyle was formed this way due to no manipulation being directed to his roots, he would simply allow it to grow and form its own way.

How do you grow an Afro like The Weeknd?

To grow an afro like the weeknd is simple, ensure your eating healthy, exercise and most importantly be patient. Afros aren’t hard to grow, your mind and body is going to push hair out however it’s your responsibility to ensure the day to day stresses and nutrition are taken care of.