Since his musical debut we have witnessed the evolution of Scarlxrd dreads in real time. His starter dreads, bleached roots, shaved sides and hair jewellery continue to place him in the conversation of contemporary rappers with dreads.

Whilst his music has made him famous he equally garnered the same attention for displaying unique tech wear fashion outfits along with his dreadlock styles.

Our editorial covers Scarlxrd dreads in its entirety!

How and when did Scarlxrd Dreads Start? 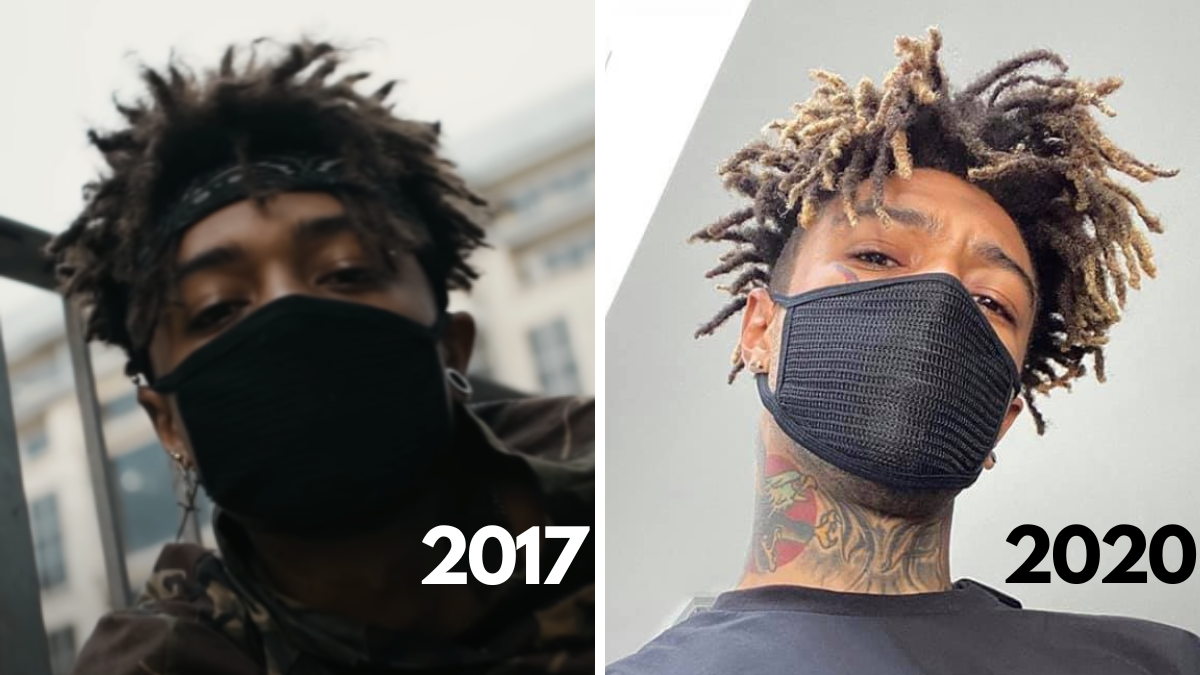 How: Scarlxrd began his dreadlocks with the semi freeform method which is evident by his uneven strands and roots.

At the beginning of his journey we can see his hair was twisted at the start and left to freeform there on out. This is called semi freeform dreadlocks, essentially you provide direction at the start of the lock journey and leaving it to grow organically afterwards.

When: He began his dreads in 2017 and has been growing them for over 5 years at this point.

He also regularly trims his hair to maintain a shorter length.

His hair type falls under category 3C to 4A which is evident by the looser afro curl pattern. We can see his hair is not has tight as someone with 4C hair but not as straight. 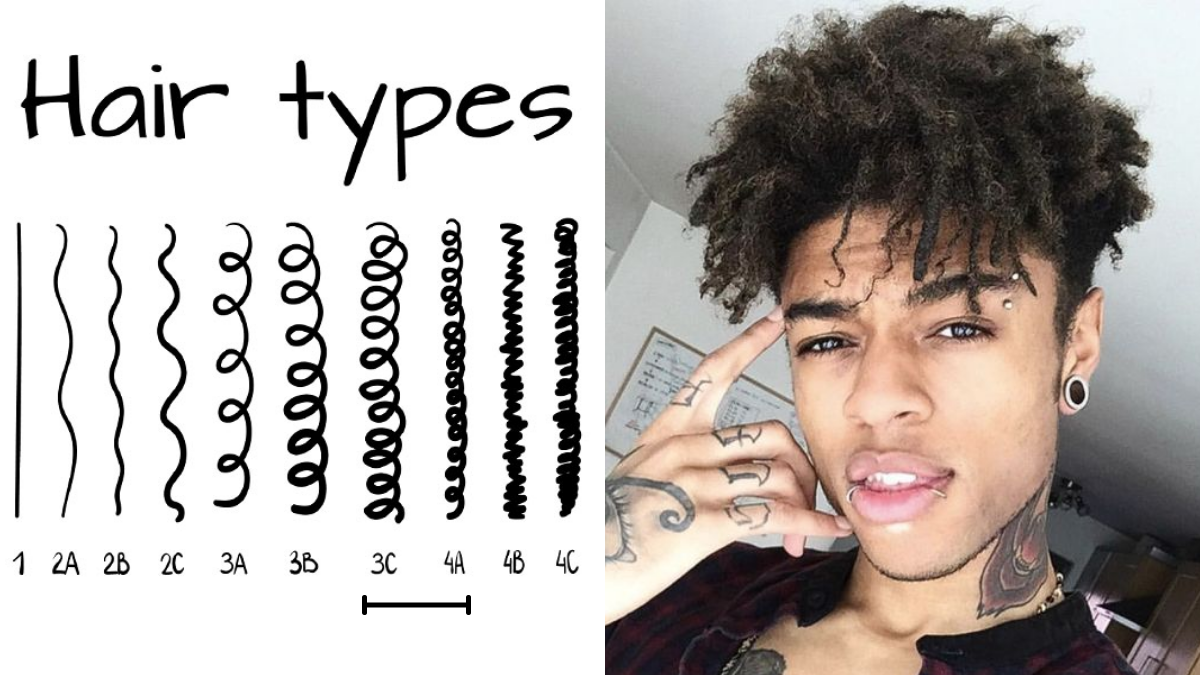 In his 5 year dreadlock journey we have seen his hair go through many stages such as his starter dreads forming into mature dreads, being bleached naturally from the sun as well as adding hair accessories which is all covered in the video below.

All music videos released by Scarlxrd during 2017 featured his hair at the beginning stages. We can see his thick roots and twisted ends. 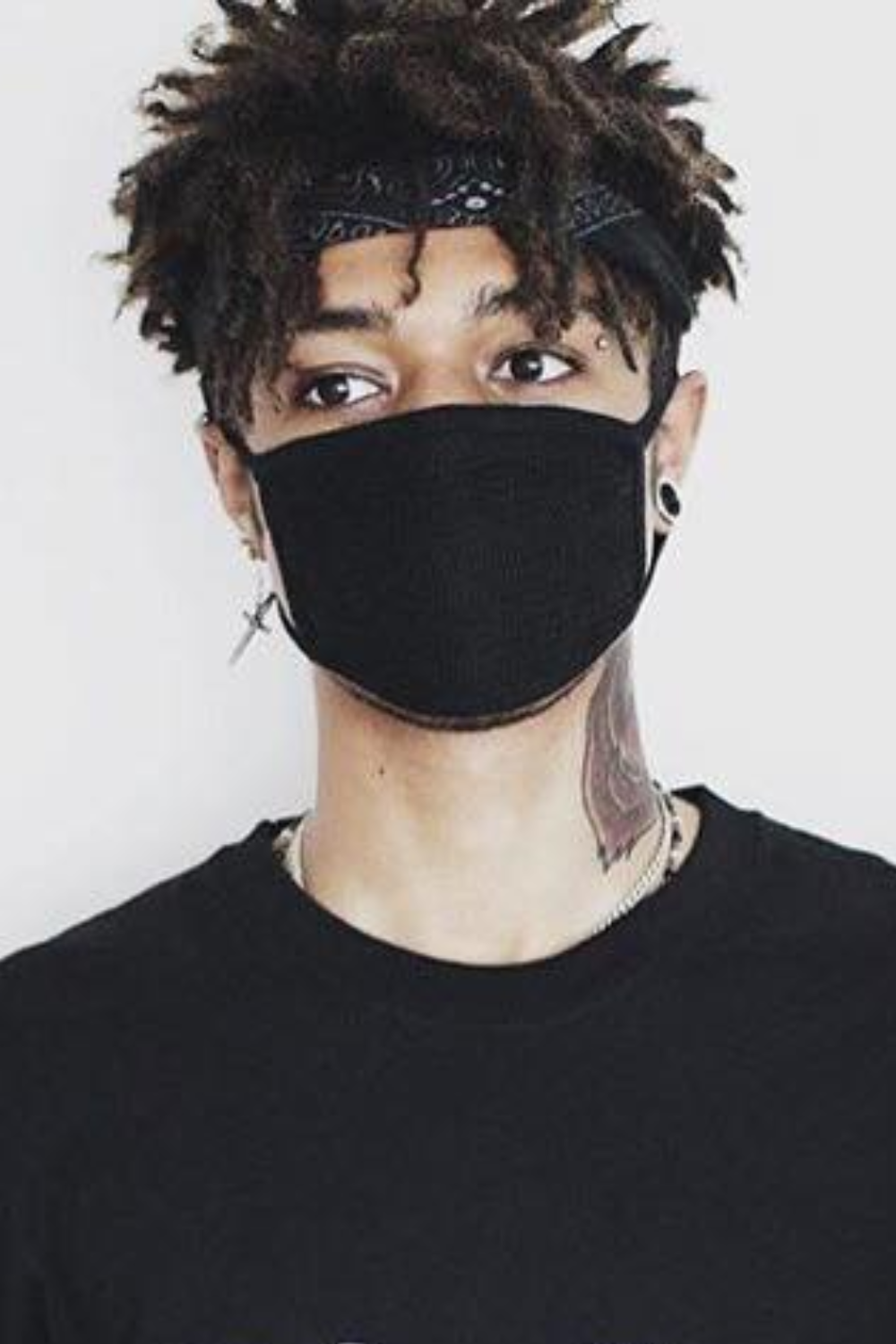 This look is normally achieved through the sponge method, towel rub method or byfinger twisting.

Once this is set hair begins to grow and naturally matt together which explains his look at the start.

As his hair began to grow we were able to see his roots thick, congo dreads with the occasional fizzy ends. As his hair gained length we saw Scarlxrd keep his ends trimmed. 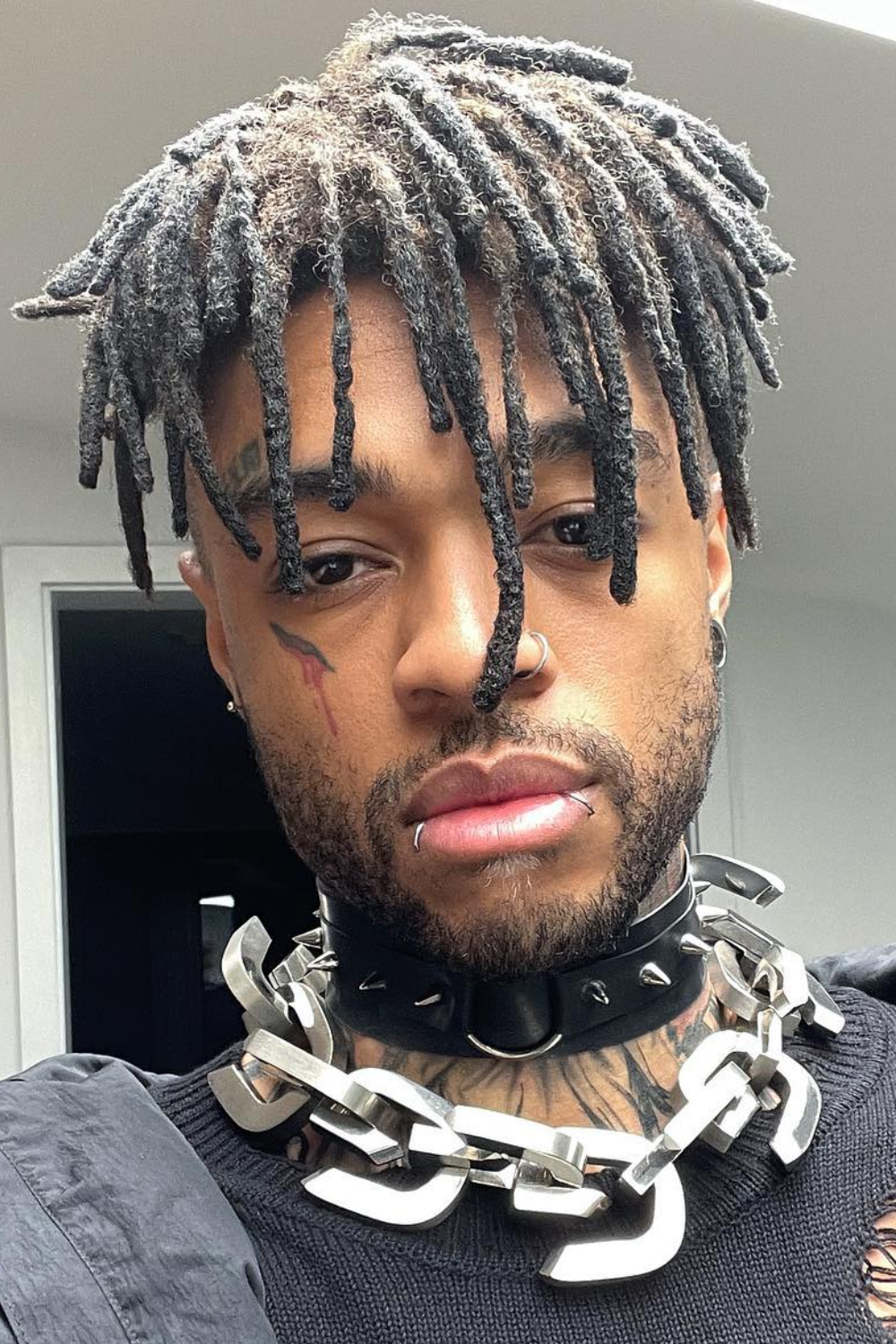 This is a decision that many individuals make to keep their dreads shorter.

The foundation of his dreadlocks featured his sides being shaved which he continues to do throughout his entire journey. In the image below we can clearly see his shaved sides which continues the high top dreads look. 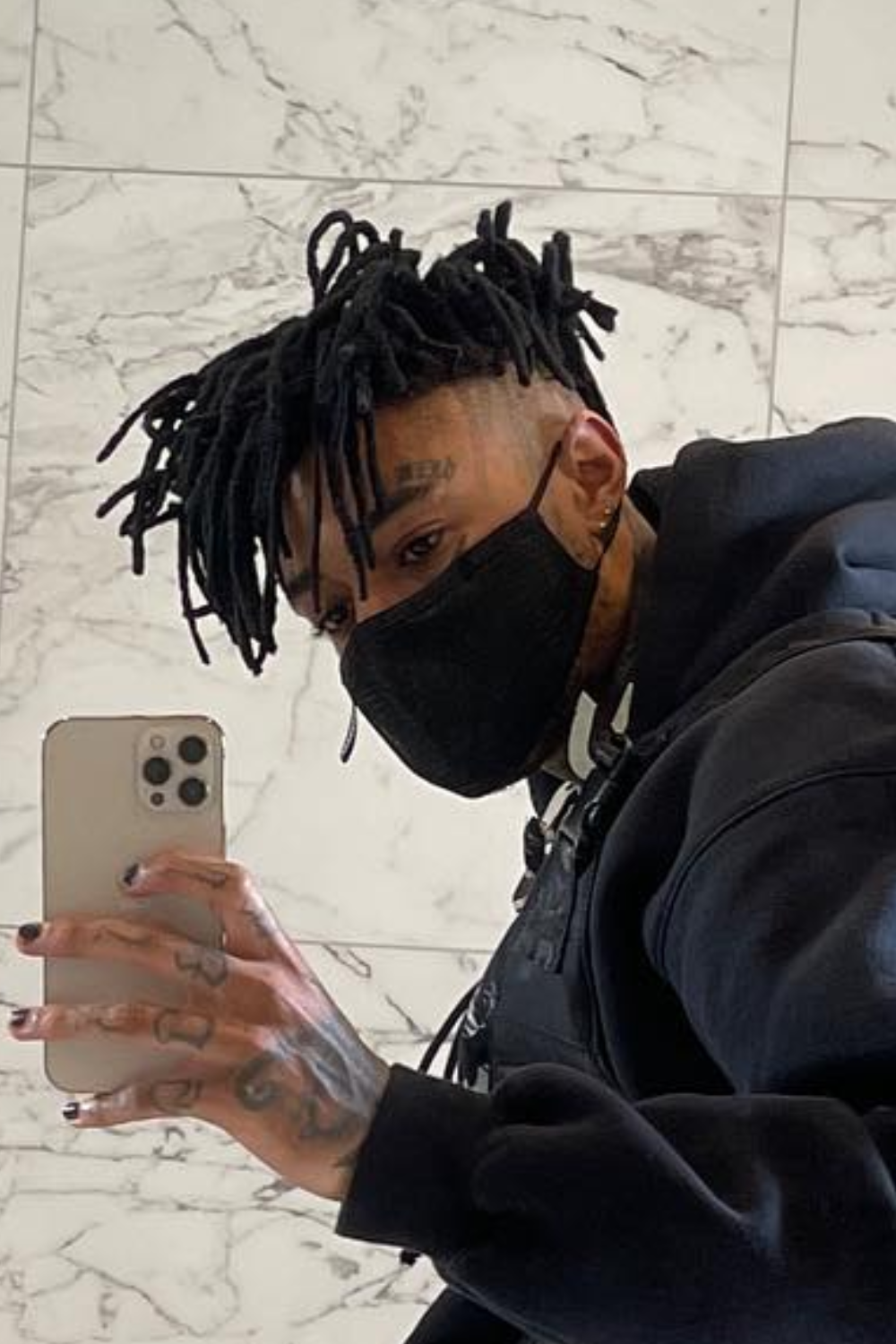