For many wrestlers, their hairstyles are the most noticeable features they have. One of such is Roman Reigns hair. The superstar who has just become a hero for a lot of WWE’s youngsters had an unobtrusive, amusing interview in which he discussed his hair difficulties and how he deals with the maintenance on a day to day.

There is a slew of Reigns-related parodies and running gags, as there are with anything linked to the online wrestling scene. And one thing you’ll notice in these memes is his hair is forever wet, dark, and shiny, something that our post will also demonstrate. 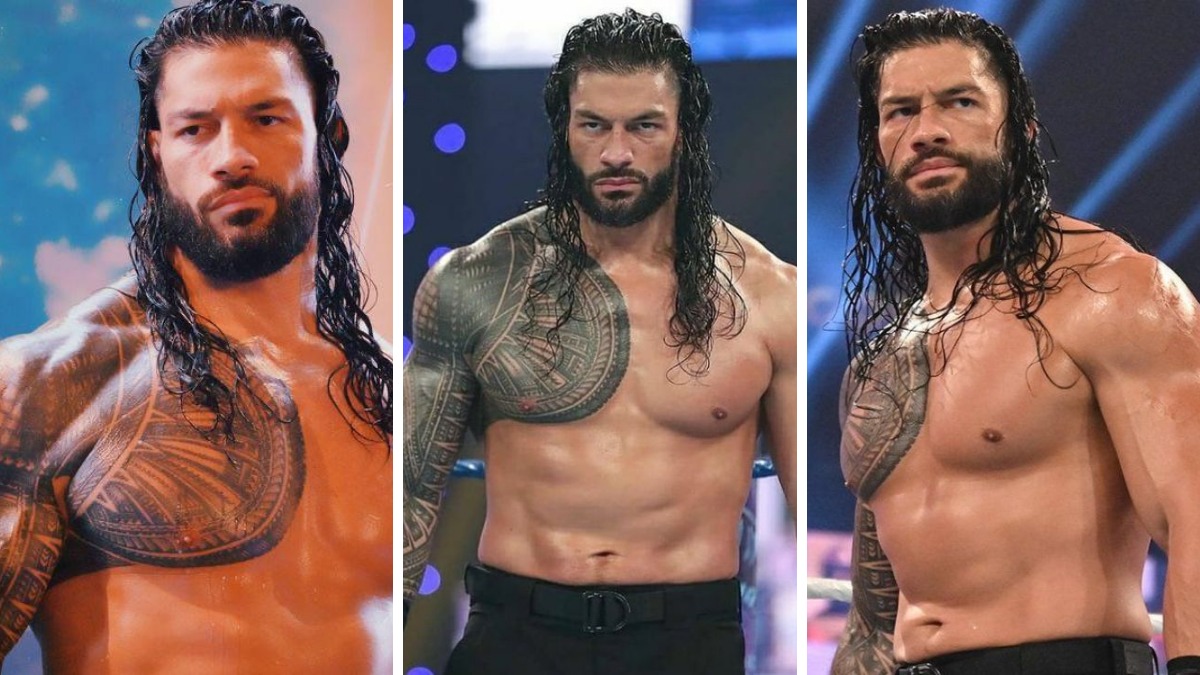 While Roman Reigns is half Samoan and half Italian it’s his Samoan side which is prevalent when it comes to his hair.

This is evident by the long dark, thick black curly hair he has and keeps in good health.

What’s even more interesting is that in Samoan tradition they believe there are spiritual components to one’s hair which is why most of the people avoid cutting their hair. This would explain his length and thickness.

As a result of Roman Reigns stardom within the WWE action figures have been produced which mimic his long black hair. This same representation can be seen across different video games 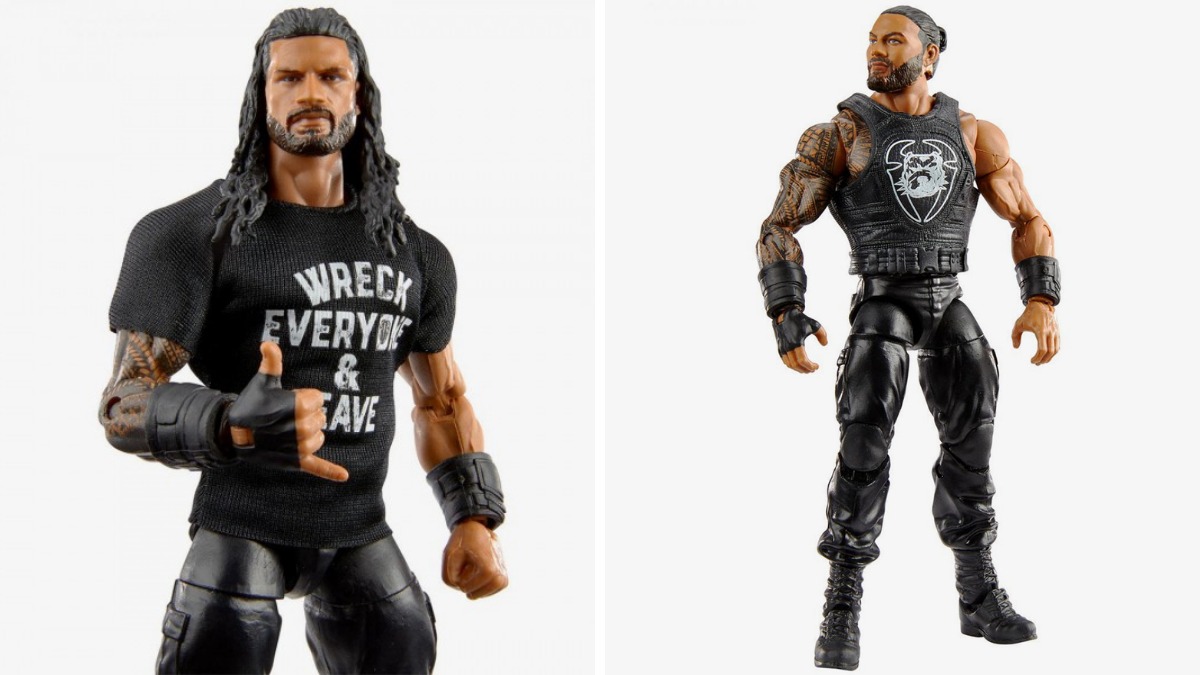 These action figures emphasize on the individual traits and features possessed by the athletes , another example can be seen on the Seth Rollins action figure which includes Seth Rollins Hair dyed black and blonde, a styled he used during the early stages of his career.

Why Do Wrestlers Wet Their Hair?

Superstars in the 1950s and 1960s used real oil to enjoy this effect, which caused them to overheat sometimes. Today contemporary wrestlers love to go with the water option and its less slippery than body oil and provides a cooler look.

Tied Up while not Wrestling with Shaved sides 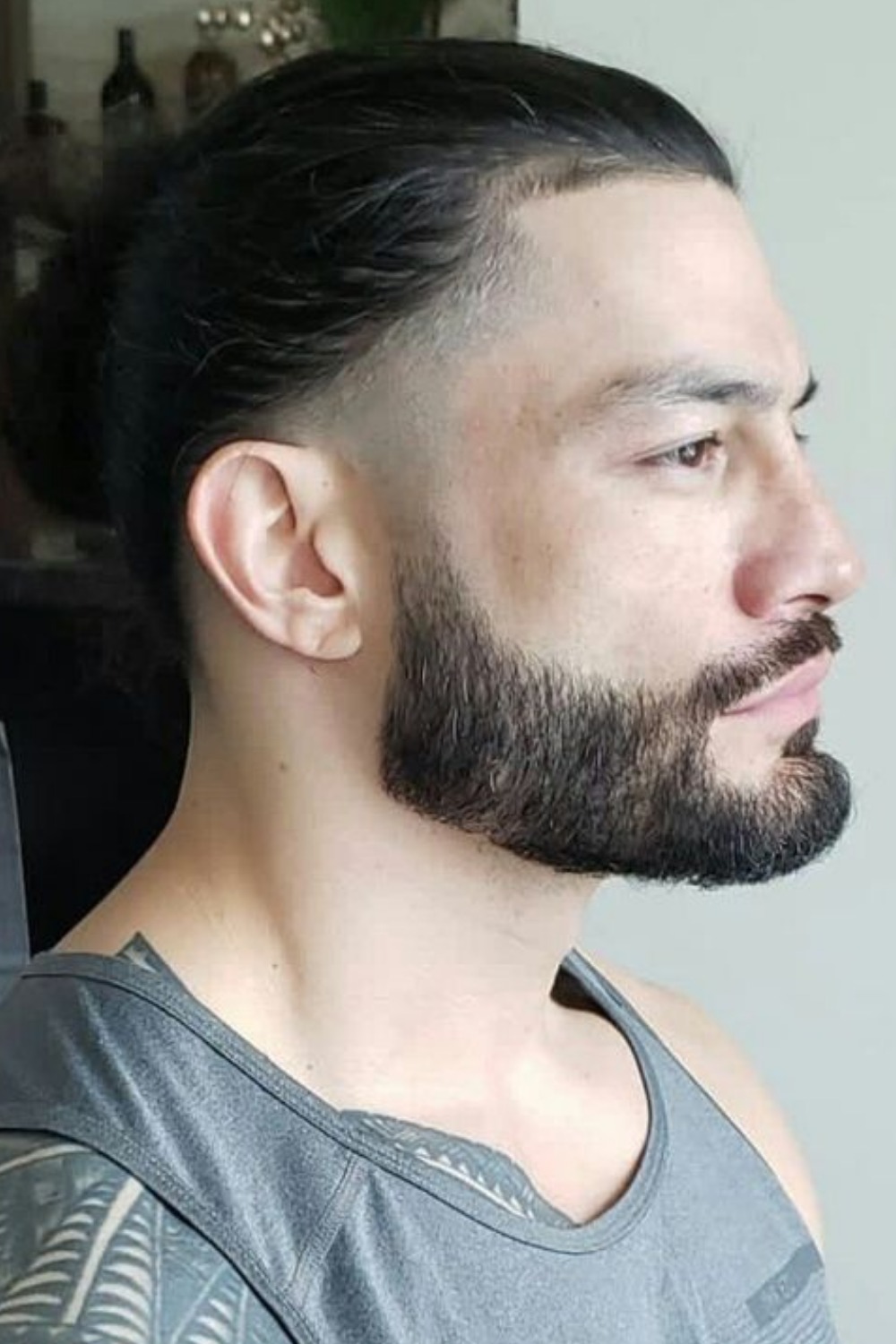 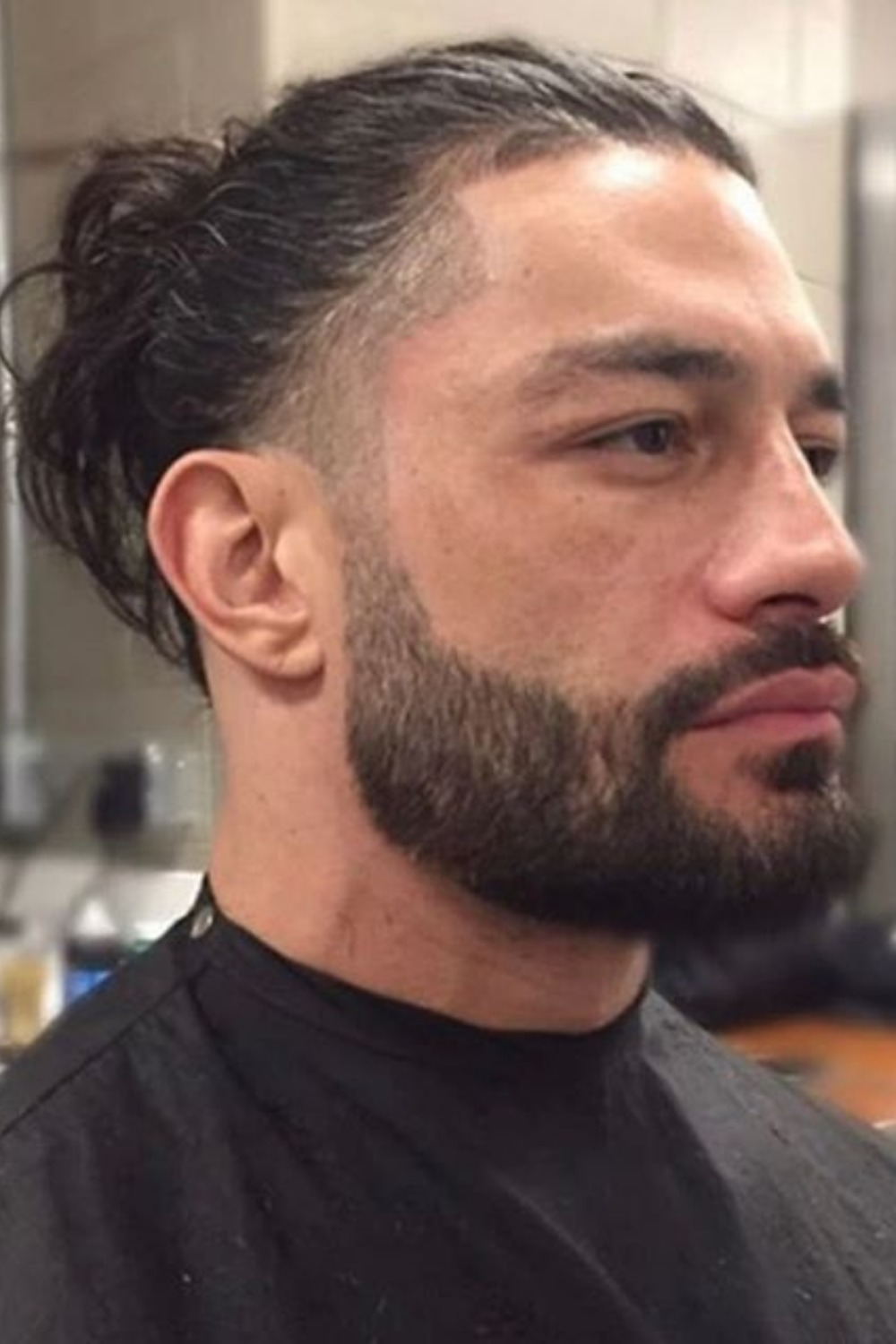 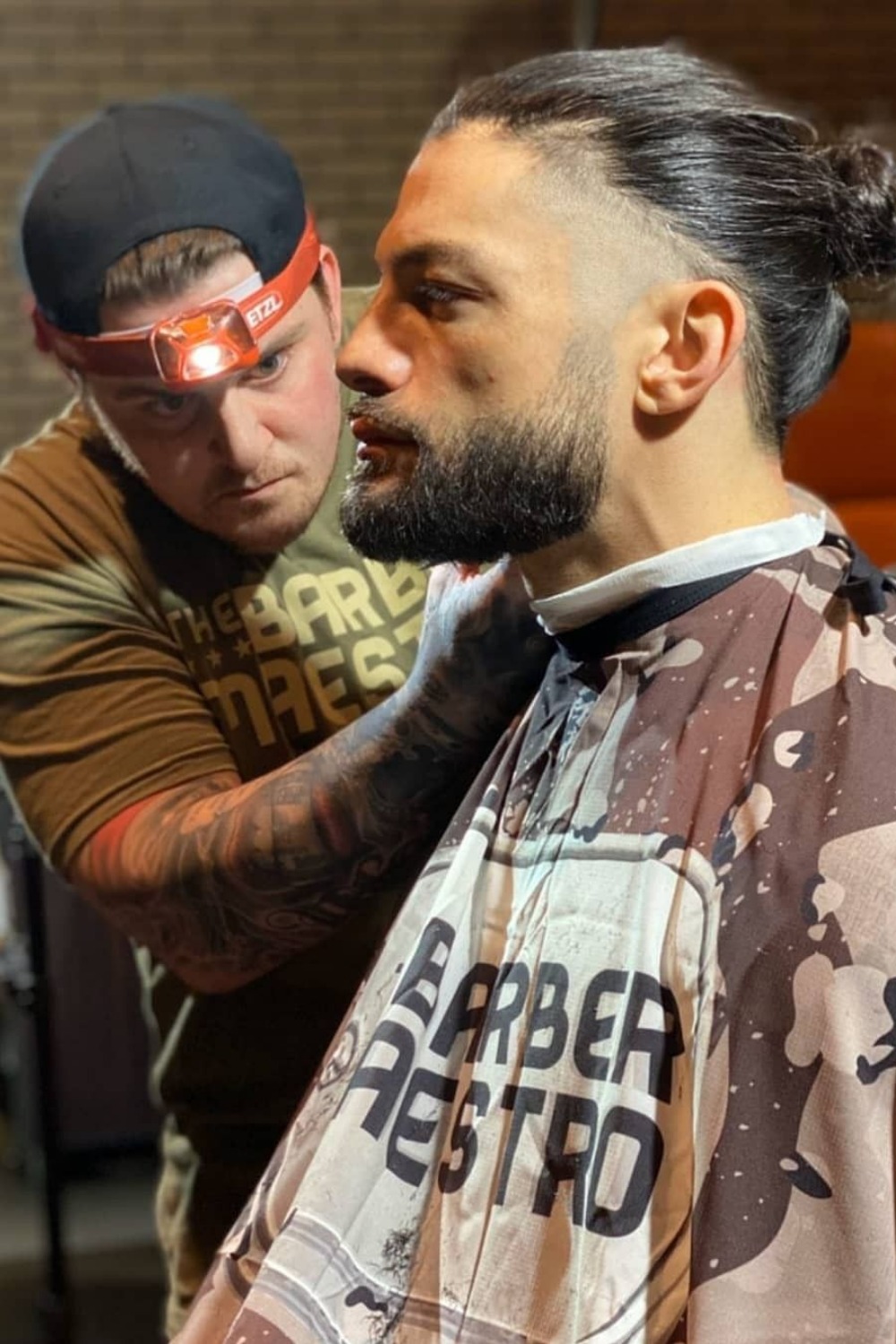 Wet and Down during Matches 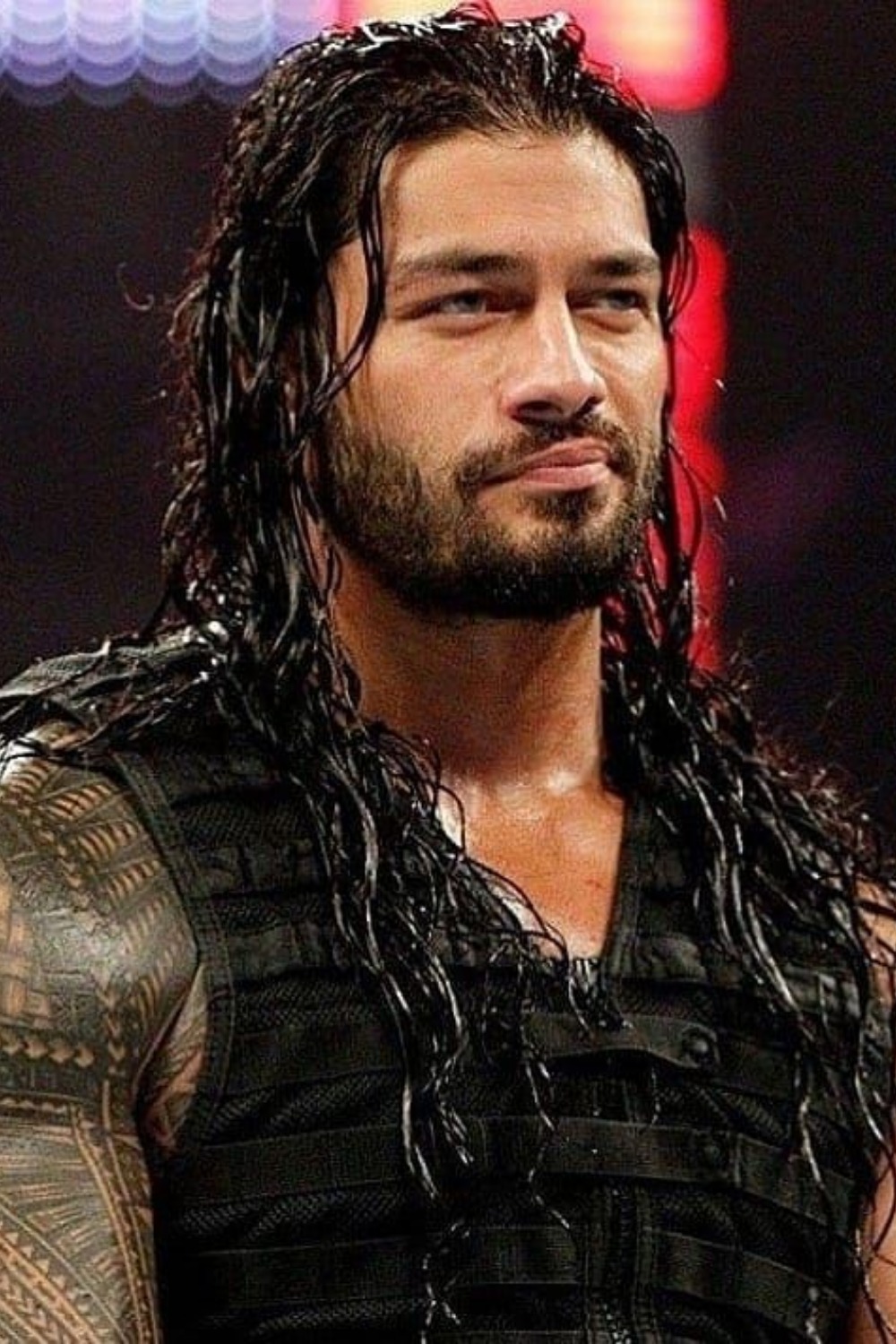 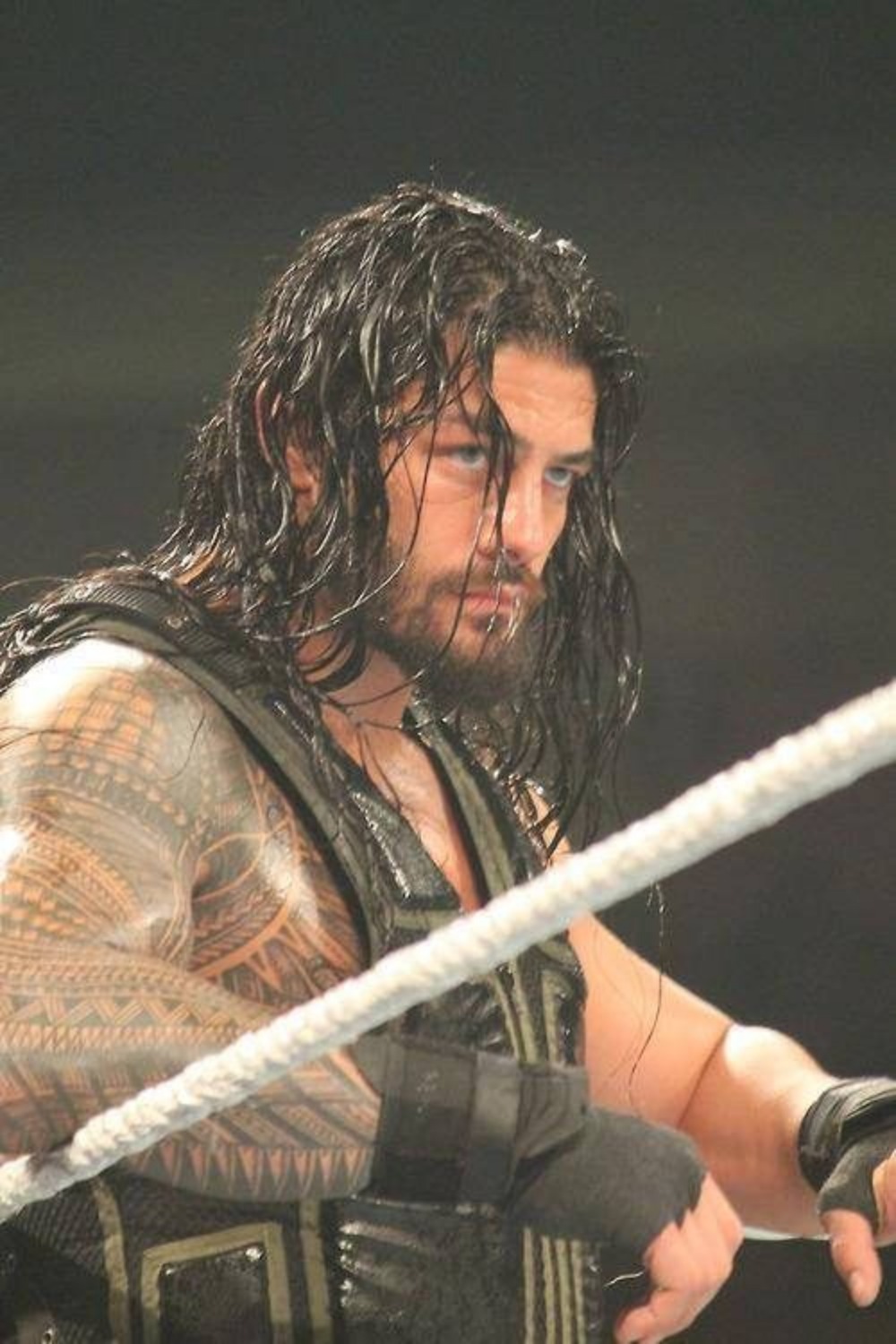 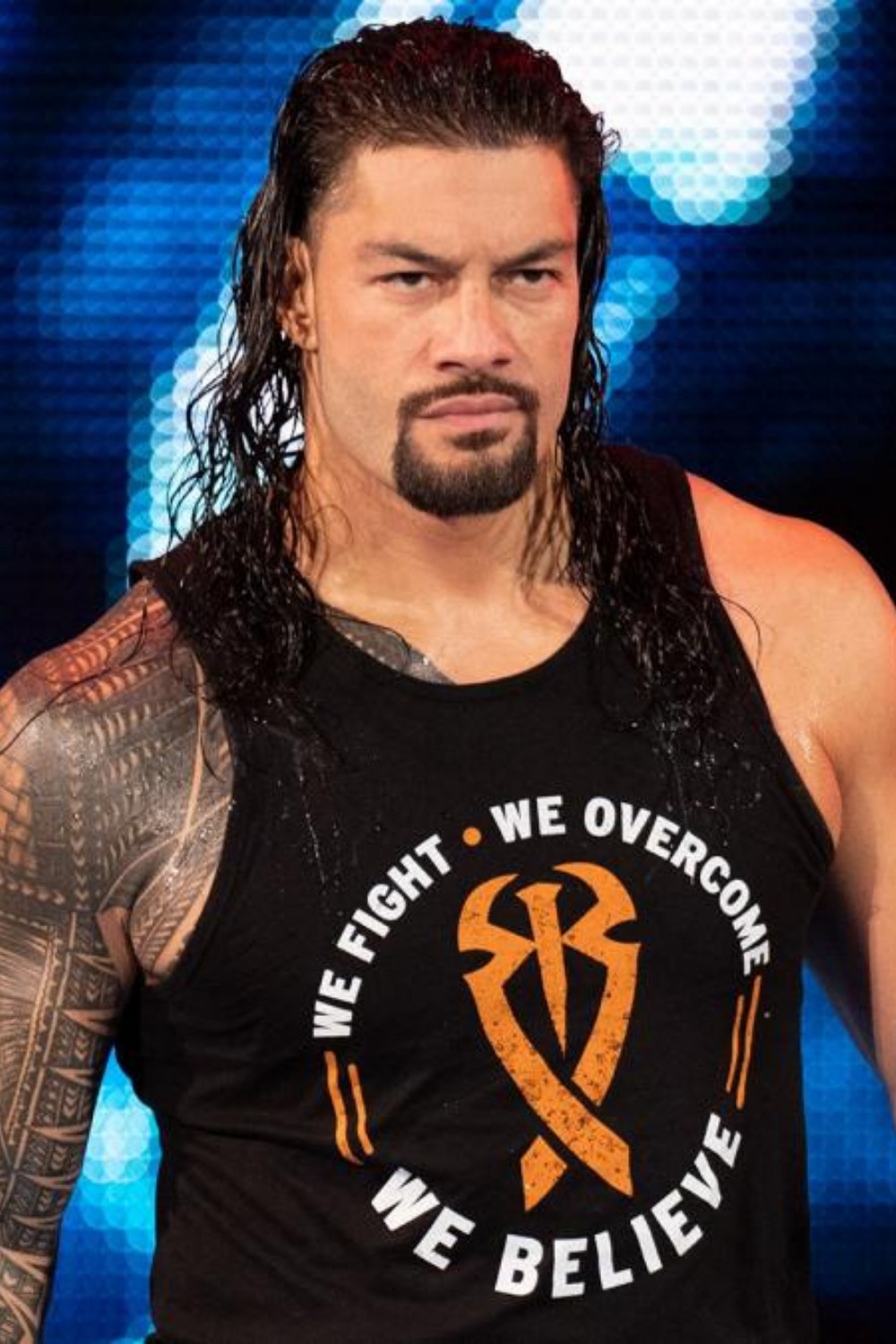 As implied earlier, Roman Reigns has an ever-wet, sheeny, and dark hair that has become a characteristic of his persona. He undergoes some hair care regimen that helps him keep such great hair. They include, washing, conditioning and staying healthy.