We might joke about post nut clarity amongst ourselves, especially when we want to get the bad taste of a bad hook up out of our mouths (literally and figuratively) but have you ever wondered if it is even a real thing?

Of course, it’s a real thing, right? If you, your friends and tons of strangers on the internet can relate to having that moment after sex where you suddenly come to your senses, then there’s got to be a ton of studies and research backing it up.

In this moment, you might realize you’re just not that into your partner. Maybe the clarifying thoughts have nothing to do with sex at all. Maybe you find the solution to a problem that has been haunting you for a few days. Maybe you come to a conclusion on a life-changing decision. It might seem strange to women that after that intense physical activity where you’re drenched in sweat and out of breath your mind becomes optimized and stable or you seem to zone out completely, but somehow it happens.

What we’re about to do is explain what post nut clarity is and more importantly, get into the science behind this phenomenon. If you’re interested in talking about your post nut clarity moments with your partner, we’ve got some tips on how you can achieve that and more. 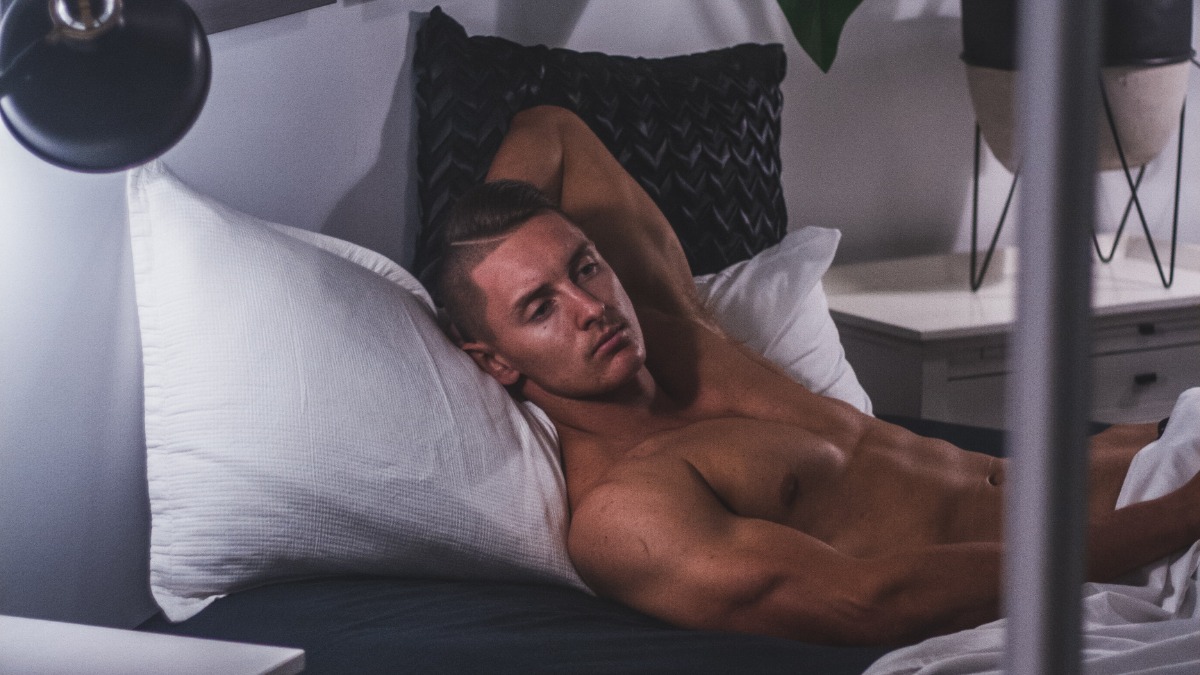 The term ‘Post nut clarity’ isn’t scientific in nature, so don’t expect to get a scientific definition. It’s actually a made-up term that suddenly became popular from the host of the Call Her Daddy Podcast, Alexandra Cooper and Sofia Franklyn. Ironically, women came up with the name for something men could only describe as an “aha moment” after sex.

It makes sense since, before the act, all we can think about is having sex. Once our thirst is quenched, we’ll return to a normal, more relaxed state.

Why do Most Men experience this (The Science) 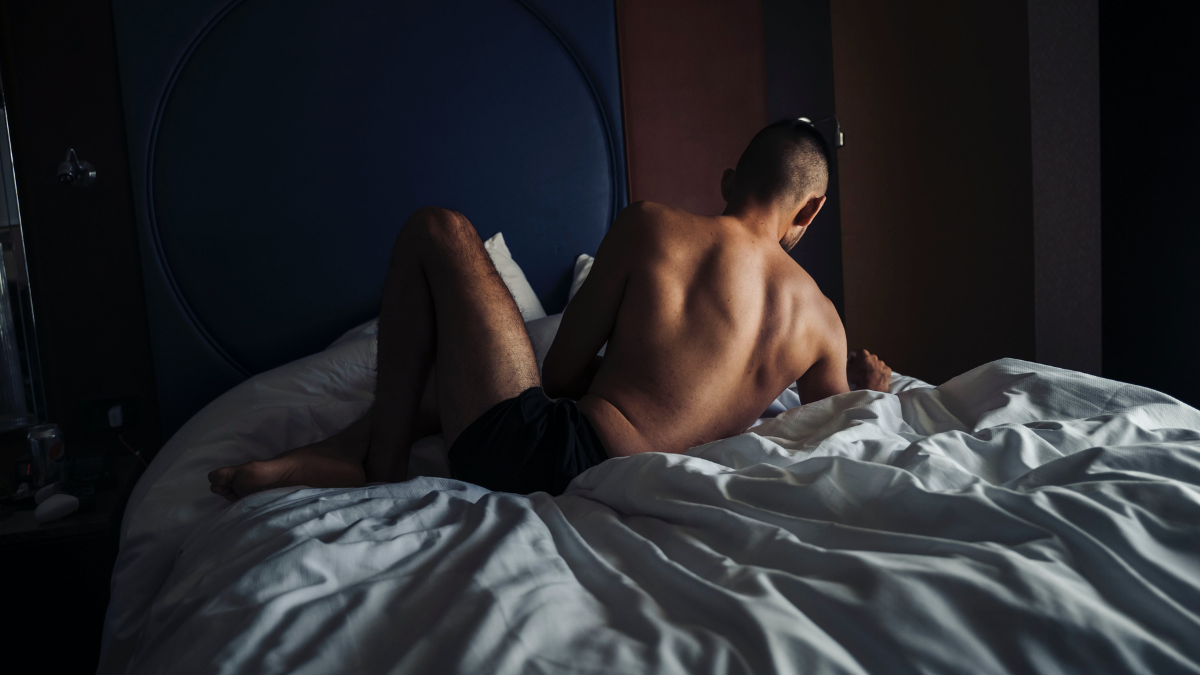 Well, the first thing you should know is that there aren’t any official scientific studies on the post nut clarity phenomena. For some reason, we’re left to rely on anecdotal evidence (personal accounts) and the occasional hilarious meme.

If there aren’t tons of research and studies to back up what we’re experiencing, then what the hell is going on? What we do know is it probably has something to do with what happens with our hormones and neurotransmitters around this time.

At this point, you’re hard as a rock and ready to go. You get an erection when impulses sent from the brain cause the blood vessels of your corpora cavernosa (erectile tissue) to relax, allowing blood to rush in from the cavernous arteries. This high-pressure situation causes the penis to expand and harden. The blood is trapped to sustain the erection until you ejaculate or something ruins the vibe.

During sexual activity, heart rate, respiration, pressure, and muscle tension increase. There is also an increase in brain activity, notably in a part of the brain called the amygdala. This part of the brain is responsible for fear and response to threatening stimuli, along with decision-making. Interestingly enough, memory recall decreases.

Orgasm, though brief, is the most enjoyable aspect of sex, and here more hormones and neurotransmitters are released. Post orgasm, high levels of testosterone decrease the activity of oxytocin which is otherwise responsible for making us affectionate towards our partners. Our dopamine levels also decline drastically, and we experience an increase in prolactin, a hormone that reduces sex drive. Women, on the other hand, experience larger doses of oxytocin.

What we can gather from this information is that the sexual experience for men and women differs in some aspects. During the pursuit, our drive is high and our mind is focused on nothing but sex. Afterwards, the hormone and neurotransmitter levels drop, basically leaving us high and dry, sort of like going cold turkey. The sex cloud in our mind suddenly clears and we go into a longer refractory period than women. In other words, after we orgasm, it takes a longer time for us to become sexually aroused and can be anywhere from a few minutes to two hours. For women, the refractory period can last seconds.

Communicating this to your Sexual Partner

Give her the ol’ “it’s not you, it’s me”, but be sincere about it. No, really. Communicating the details about your post nut clarity can go a really long way and benefit your relationship.

If your post nut clarity means you become withdrawn and introspective, explain this to your partner. This lets her know that you haven’t lost interest. If you’re the type of guy that feels motivated to do stuff or feels empowered, she might feel like you’re doing stuff to avoid her. Explain these feelings and how she has given you the boost needed to thrive.

In some cases, you might finally realize that you’re not that into your partner and that it really was all about sex. At some point, you’ll have to be honest about this because it will become noticeable. Instead of stringing her along, be honest with yourself and with her about your true feelings towards the relationship.

Every guy has their opinion about post nut clarity since our experiences will differ. Some experiences with post nut clarity might be great, especially if it helped you to make a great decision. Others might not be so good when you come to certain realizations and have to face the reality of what your horniness drove you to.

Here are some of the main pros and cons of post nut clarity:

The release of certain hormones in the body is a great thing. They make you feel good, satisfied and boost your overall mood. If you were having a bad week, some sex might be what you needed to put back that pep in your step, and afterward, your mind will be clearer and more relaxed.

For a lot of us, sex is driven by lust and not true desire. This can be a big waste of your time, especially if you’re at a point in your life when you want to give up that whole playboy image and settle down with someone you care about. Making that transition can be hard, especially with so many beautiful women all around. It can get tricky, especially when dating multiple women at once.

A hack some guys use is pre-bating. It might seem counter-productive, especially if you really want to hit, but if you’re serious about settling down, it might be the only way. If you release that tension before your date, you’ll be in your refractory period. That means you won’t be too distracted by her outward appearance and you can be focused on really getting to know her or deciding if you actually like her for her, instead of thinking about what you want to do with her after the date.

If you’re not interested in what she’s saying or find the date boring, then you have your answer. You’re not into her, you never really liked her; it was lust. But, if you still manage to have a good time without thoughts of sex clouding your mind, then it’s true desire.

You can still make bad decisions

There’s this belief among men that the best decisions are made after a nut. One internet user even shared making an impulse decision to quit his job and start a business that worked out pretty well for him. In reality, orgasms don’t equate to good decision-making. You can still end up making some of the worst decisions of your life in what is supposed to be your aha moment.

Clarity can be unpleasant

Facing reality isn’t always a bed of roses. Clarity can be unpleasant and clarity can hurt. What if you thought you really connected with someone during the dating period, and after a bad sex session, you become completely turned off?

It can suck to know that you wasted all that time for someone you merely lusted after without any true emotions. If you think that’s bad, imagine how she’ll react when she finds out you’re no longer interested because you finally got her where you wanted her and it just didn’t do it for you.

In conclusion, is this Real?

Post nut clarity is a very real thing, but it might not be the Yoda moment you thought it was. In reality, post nut clarity is just your body reacting to the hormonal changes that come with sexual activity. So don’t quit your job and start a new business because you came up with the idea after a nut. Maybe sleep on it, give it more thought, get the opinions of friends and family, and then make a sound decision.

The million dollar question most men want answers too, but are too afraid to ask anyone, so we turn to strangers on question-and-answer websites like Quora and Reddit to validate...