As his music dominates all corners of the earth Post Malone cultivates an intriguing image evident by his facial tattoos, padlocked earrings, and various hairstyles which further draws attention to his overall aesthetic. A signature hairstyle doesn’t exist when it comes to Post Malone Hair and that quickly became apparent.

Our editorial highlights his entire hairstyle gallery, having experimented with multiple styles we’ve featured them all.

Post Malone was introduced to the masses in his 2 big braids and this became his signature look up until the point of cutting his hair. 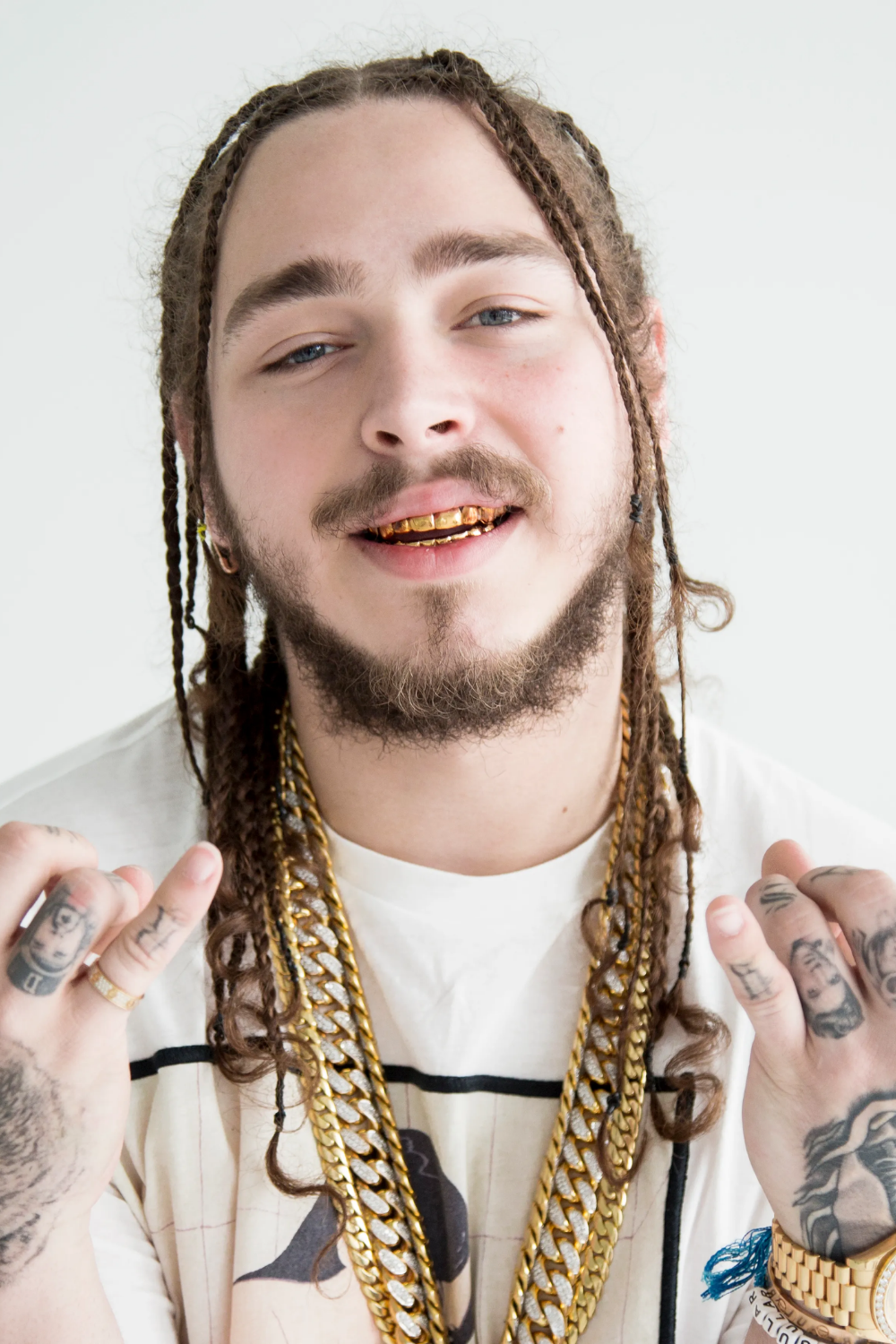 In a 2015 interview with Tim Westwood Post Malone stated the influence for his cornrows came from the Hall of Famer Allen Iverson. He said,

“The first time I had braids I had the idea for the song white Iverson, you know he was the coolest person in the NBA so I had too” 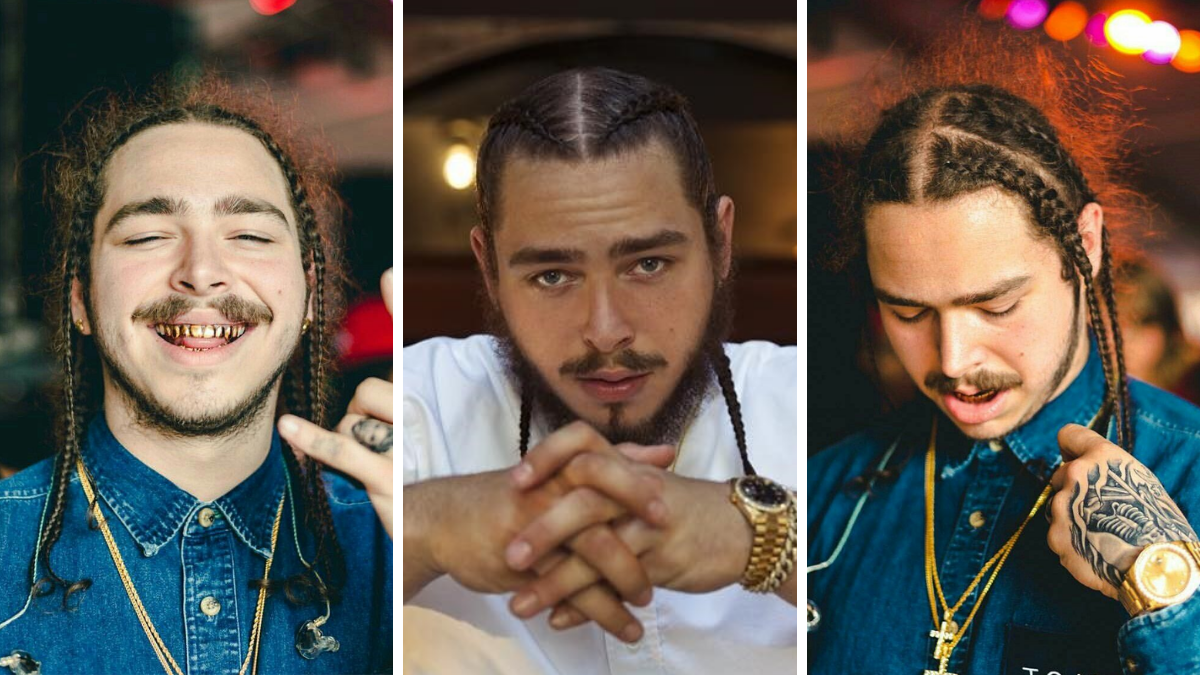 Not only has Allen Iverson Braids influenced contemporary athletes today, but he’s also had an equal amount of influence on rappers with braids including post Malone himself.

As standard procedure braids are normally taken out every 4 to 6 weeks and in Post Malones case this resulted into his naturally loose hair being on display for the world to see. 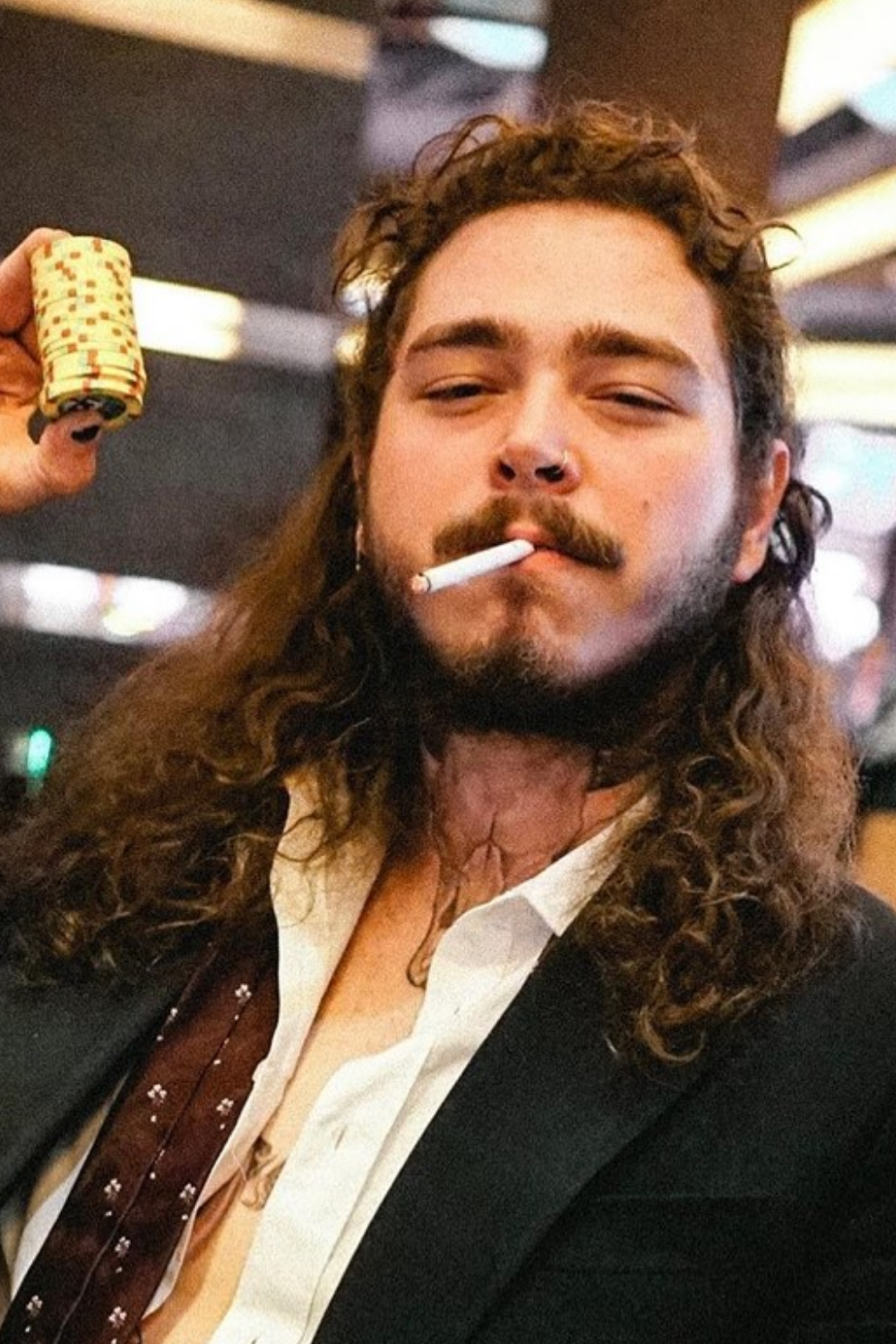 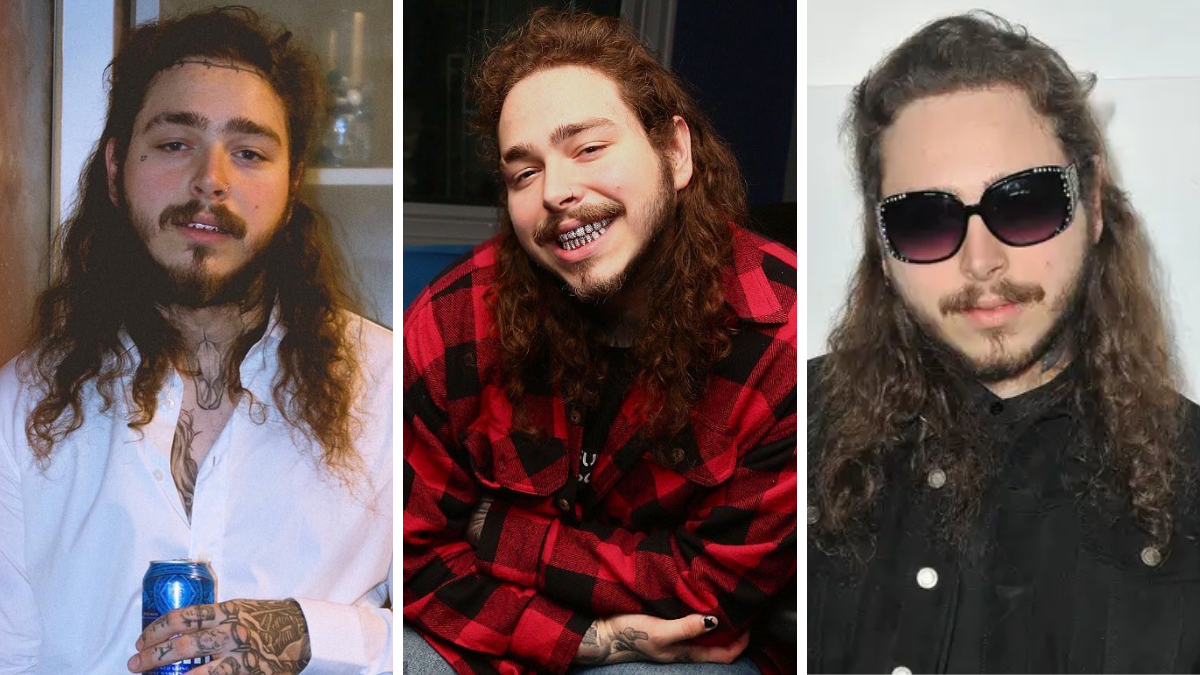 He was the full embodiment of the saying long hair don’t care! Agh the good old days!

We’re not surprised Post Malone altered his long hair by creating a fringe, creative people get bored easily and this is the result. 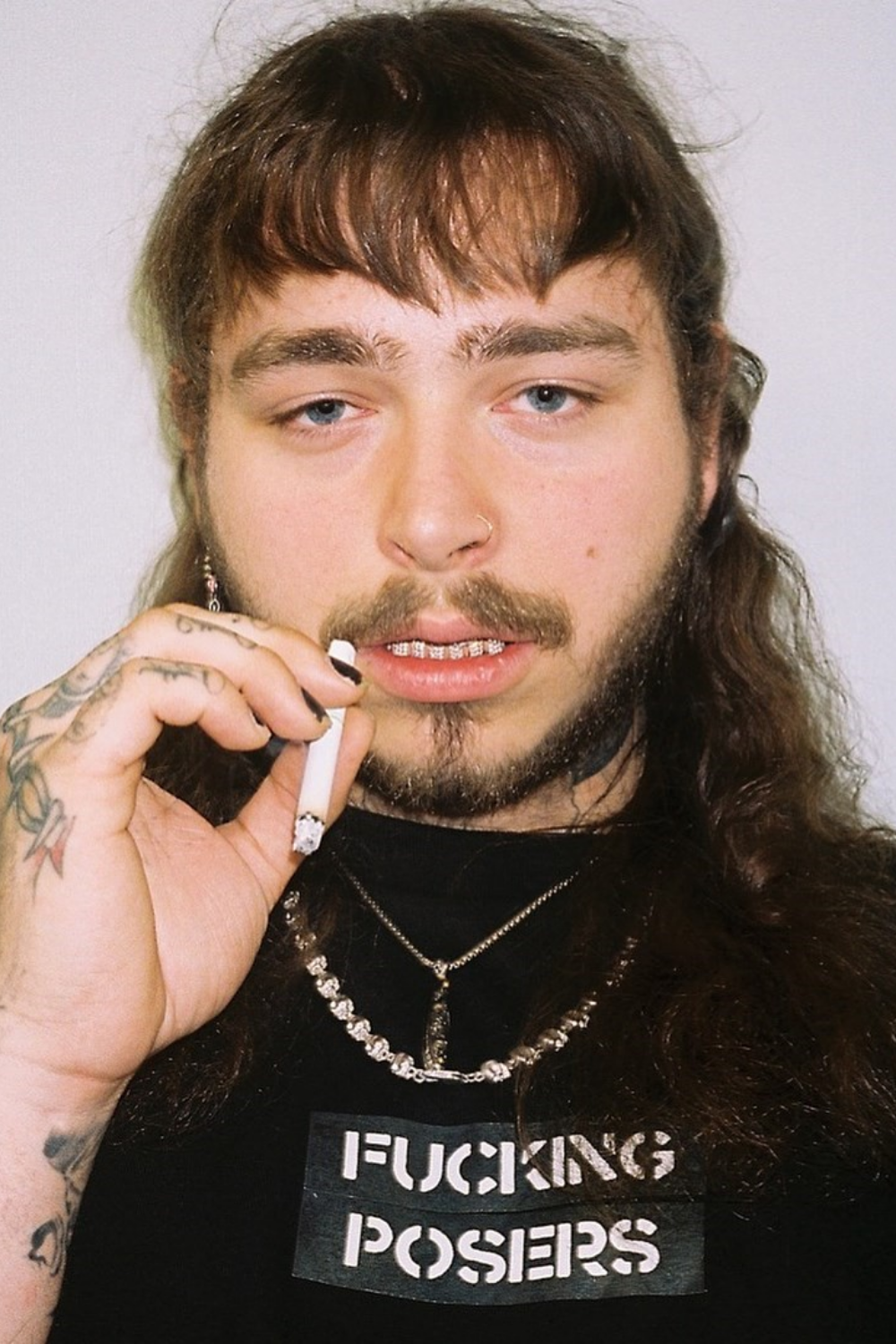 There’s a thin line between pulling off a great fringe and a terrible one, and you know what, were going to let you decide whether he got this right or not. 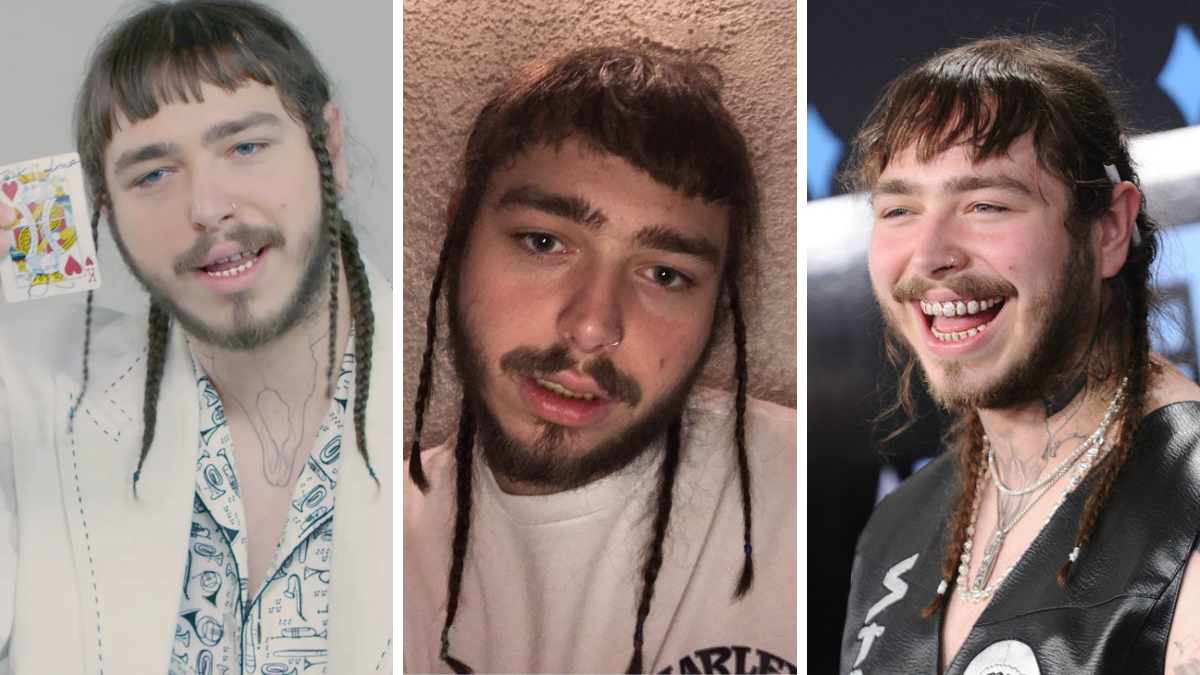 As a rule of thumb we believe a long fringe is good for rectangular or oval face shapes.

If there’s one thing this haircut did its accentuate his natural curls. Post Malone wasn’t afraid to experiment with new looks and this has been proven throughout his career. 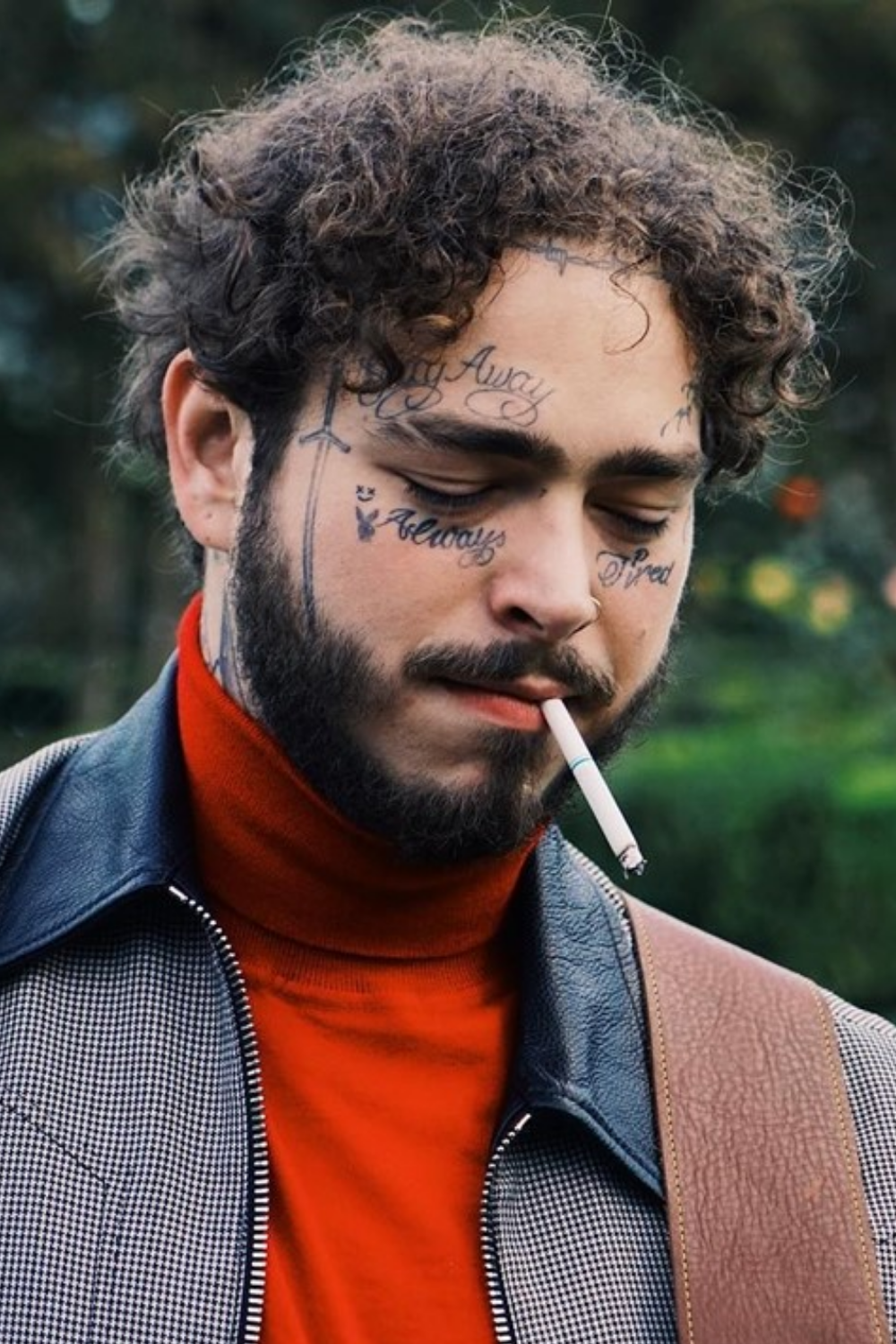 Whilst it was a very popular men’s 90s hairstyle thanks to the likes of Leonardo DiCaprio, Johnny Depp, and David Beckham the style has made a full resurgence back into the market! Fellas what you waiting for? 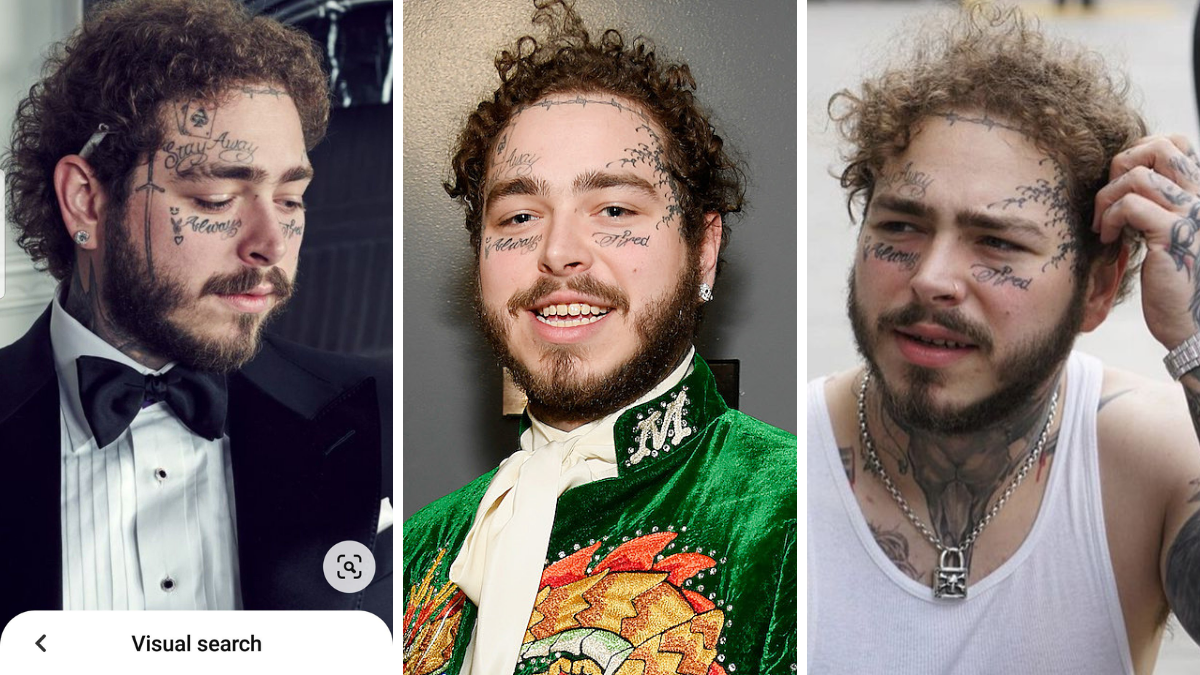 Post Malone Debuts New Haircut was the headlines across multiple media outlets and social media platforms as his statement long hair was swapped for a more conservative look. 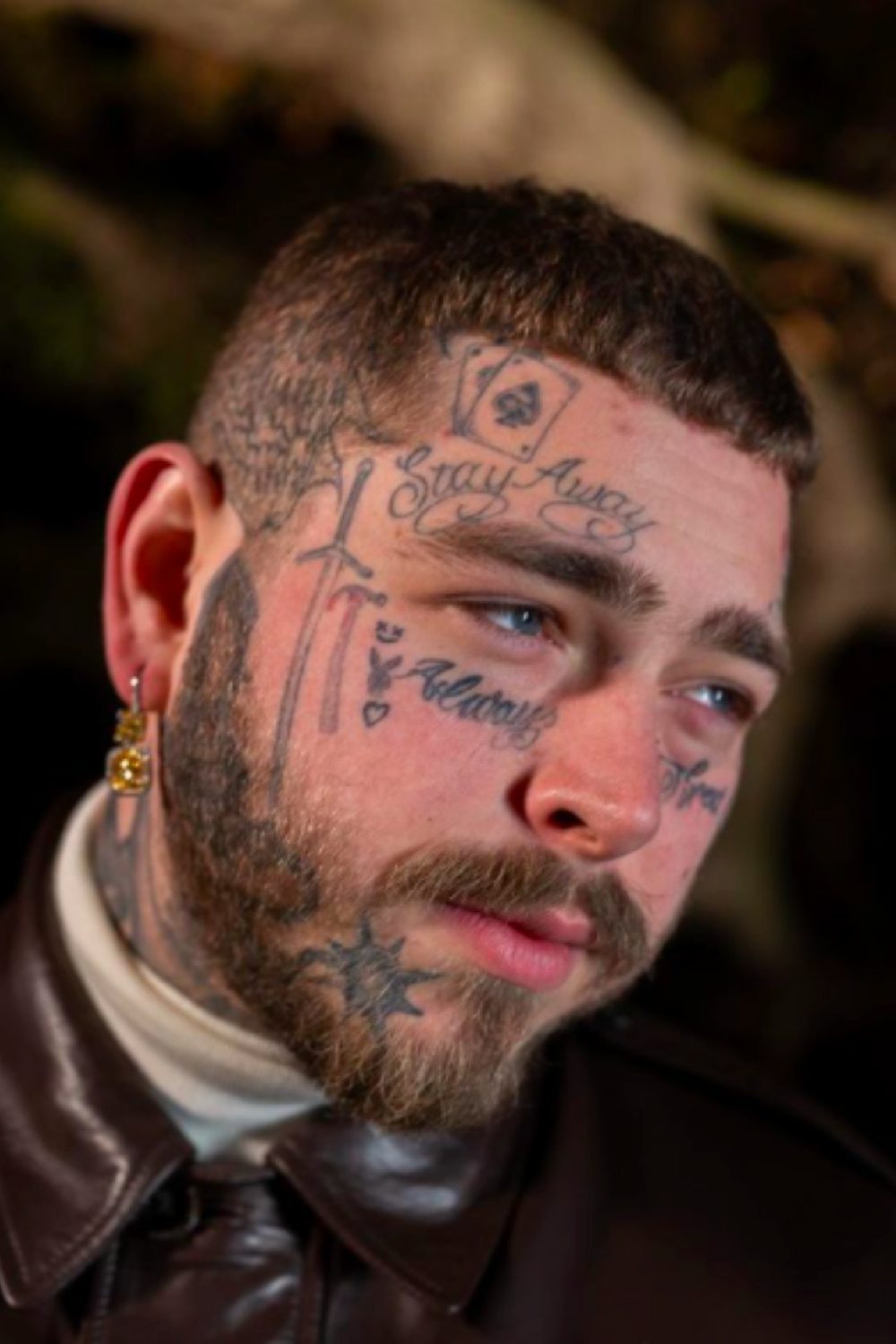 Unexpected at the time the decision was again inspired by the need to try something new, similarly to the reason he styled a fringe. 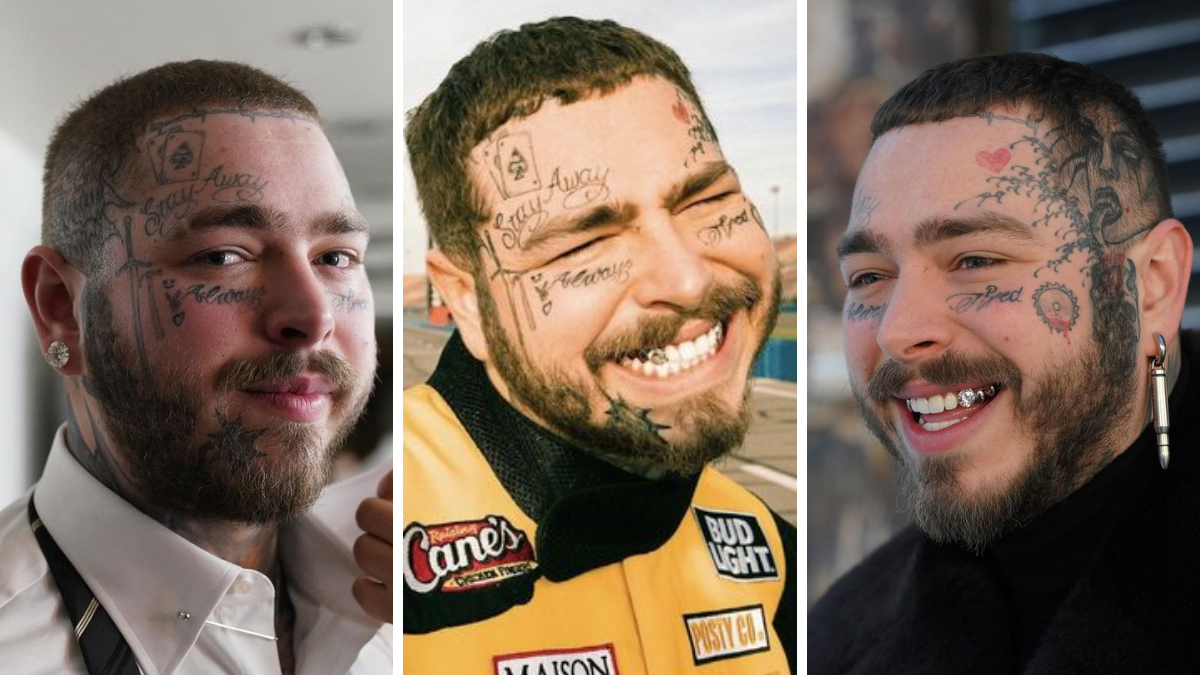 In addition to this the attention immediately shifted over to his facial tattoos and beard and whilst we have multiple rappers with face tattoos his stood out for the symbols across his face, words, and images.

Amazing what a short haircut can do right!

Inspired by the Post Malone Hair gallery? Wanting to achieve the same results? Keep on reading

With most styles we have seen on Post Malone we understand each style will require its own maintenance routine, some more than others.