Pop Smokes Height was recorded at 5’10 which is just above the average for a man who typically stands at 5’9. There are multiple sources on the internet covering the pop smoke height conversation with the wrong information. Our editorial not only provides the right stats but we have evidence against our claims. We will also debunk some other misconceptions surrounding the artist.

How do we know the right Pop Smoke Height Measurement?

The image below has been used as a visual guide and determining factor with regard to Pop Smokes Height.

As you can see in the image below he is stood next to Asap Rocky whose height has been recorded at the measurement of 5’10. ASAP Rocky Height 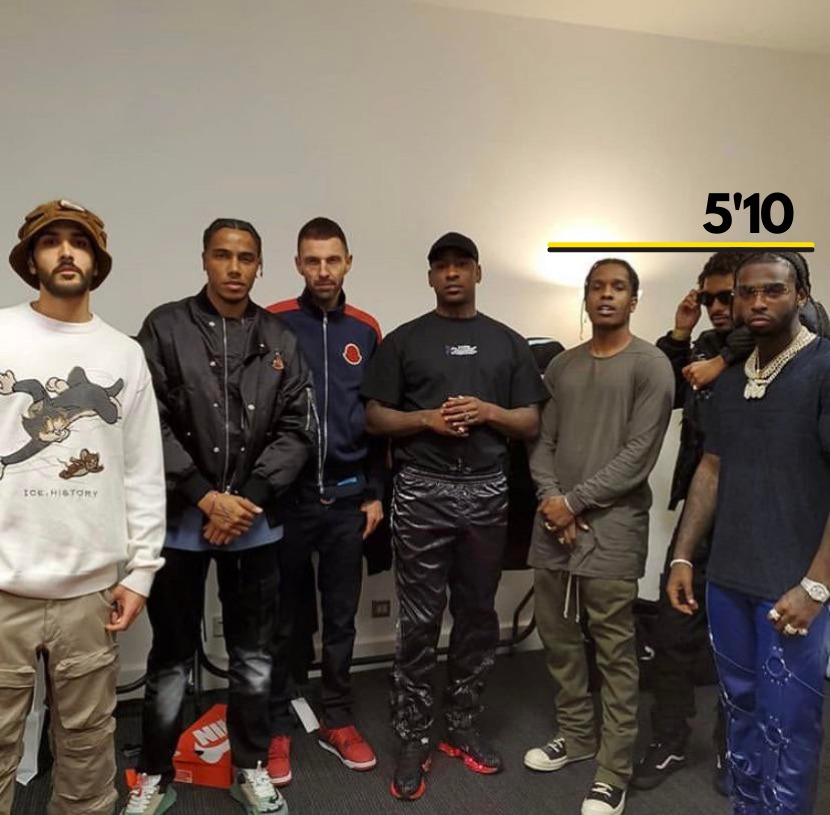 Also in the image is AJ Tracey, Tim Westwood and Skepta, who are all above 6 foot tall.

This image perfectly helps illustrate & compare his height to his peers. So it’s now clear and evident Pop Smoke was not 5’5 as majority of outlets have reported him to be! If that were to be the case he would have been one of the shortest rappers in Hip Hop, and we know that wouldn’t be true!

Now that we know the correct Pop Smoke Height is 5’10 (177.80 cm) we can take a look at other misconceptions, for example, is pop smoke related to 50 cent?

While this is a legitimate question when you factor in both artists are named Jackson, both artists grew up in New York, born in July, and are African American we can understand how the consumer can begin to form these questions, however 50 Cent and pop smoke aren’t blood related.

Another reason why this misconception may exist is due to Pop Smoke respecting 50 in the highest regard which could be perceived as a father/son relationship. In interviews 50 expressed Pop smoke being an attentive listener wanting to learn from the veteran.

While Pop Smoke may have only graced the Hip Hop scene for 3 years his impact is enormous and has outlived him, evident by his streaming numbers, search queries and cultural impact.

“Brooklyn Drill will undoubtedly live on, but its true potential in many ways feels stunted due to the murder of its most captivating champion. Another loss for Brooklyn. Another wound for New York City. Another scar for hip-hop and its future.”

Rappers have often time used their height to brag and demonstrate masculinity, we have covered the tallest rappers in Hip Hop for those of you wanting to further research different rappers heights!