His high profile relationship to Kim Kardashian, previous ambitions to fly to the moon and public feud with Kanye West has resulted in all aspects of the comedians life being covered by the media with a growing focus around his hair and grooming routine.

His hair type falls under category 1 which grows straight and has no curl pattern. Type 1 hair can vary in thickness from thin to thick which his appears to be thin. 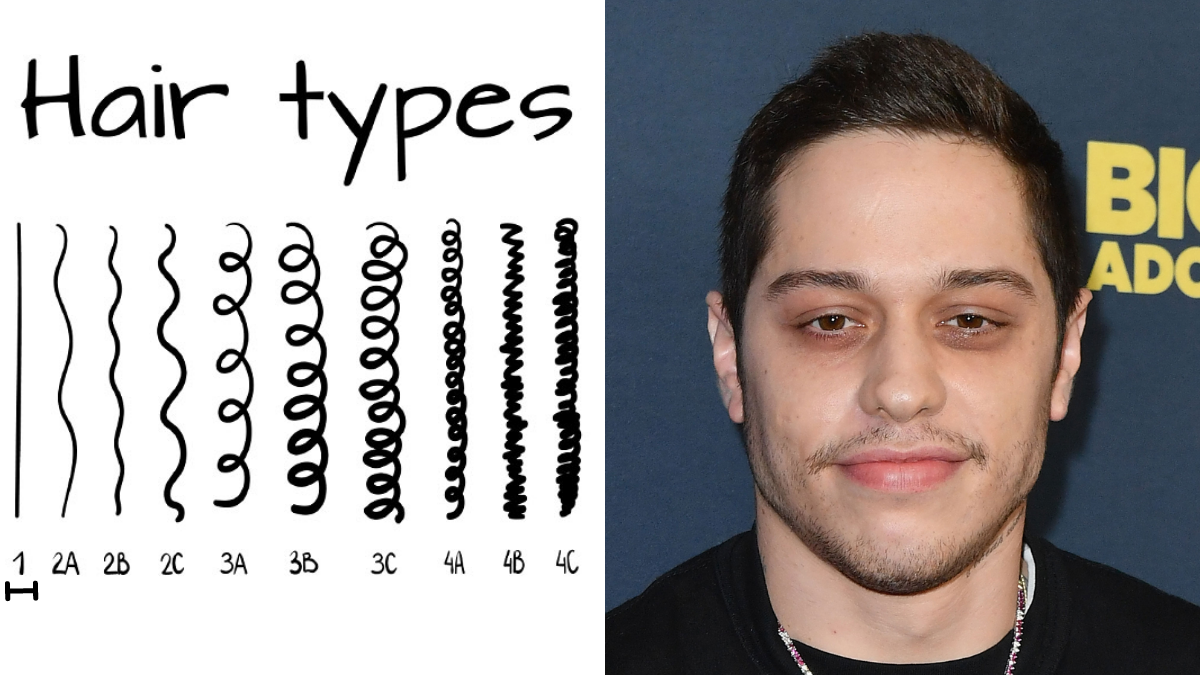 In addition to this his natural hair colour is darkish brown/brunette.

“Pete Davidson gets the same platinum blonde hair color as Kim Kardashian” were the headlines across multiple publications after the couple showcased his new look in a series of social media posts. 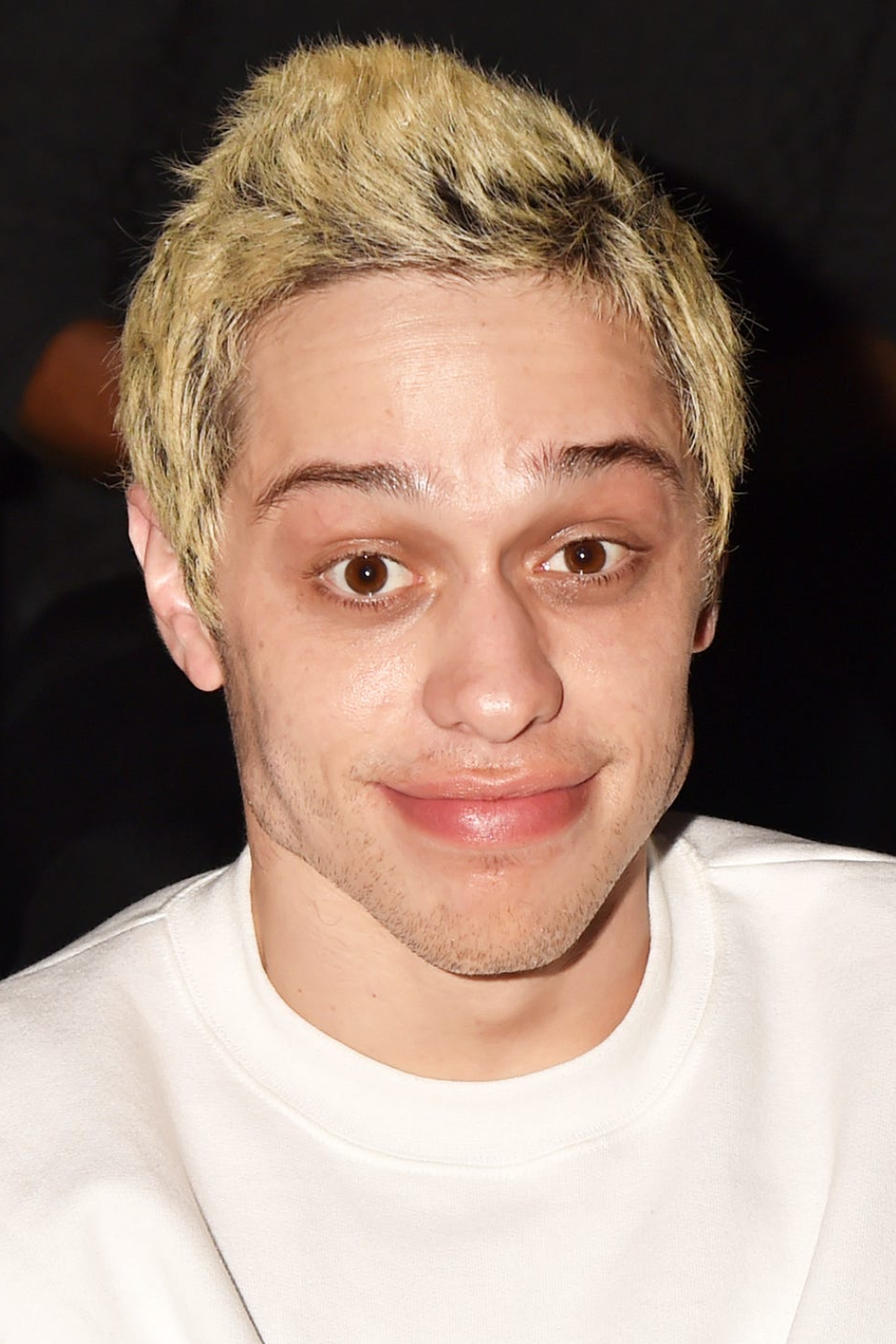 His platinum blonde can be seen on a variation of haircuts such as his messy hair, quiff and buzz cut. Outside of wanting to match with Kim Pete uses his hair to showcase his nonchalant style and attitude.

Outside of his blonde hair we have seen Pete further draw attention to himself with the use of pink, blue and Gray hair. 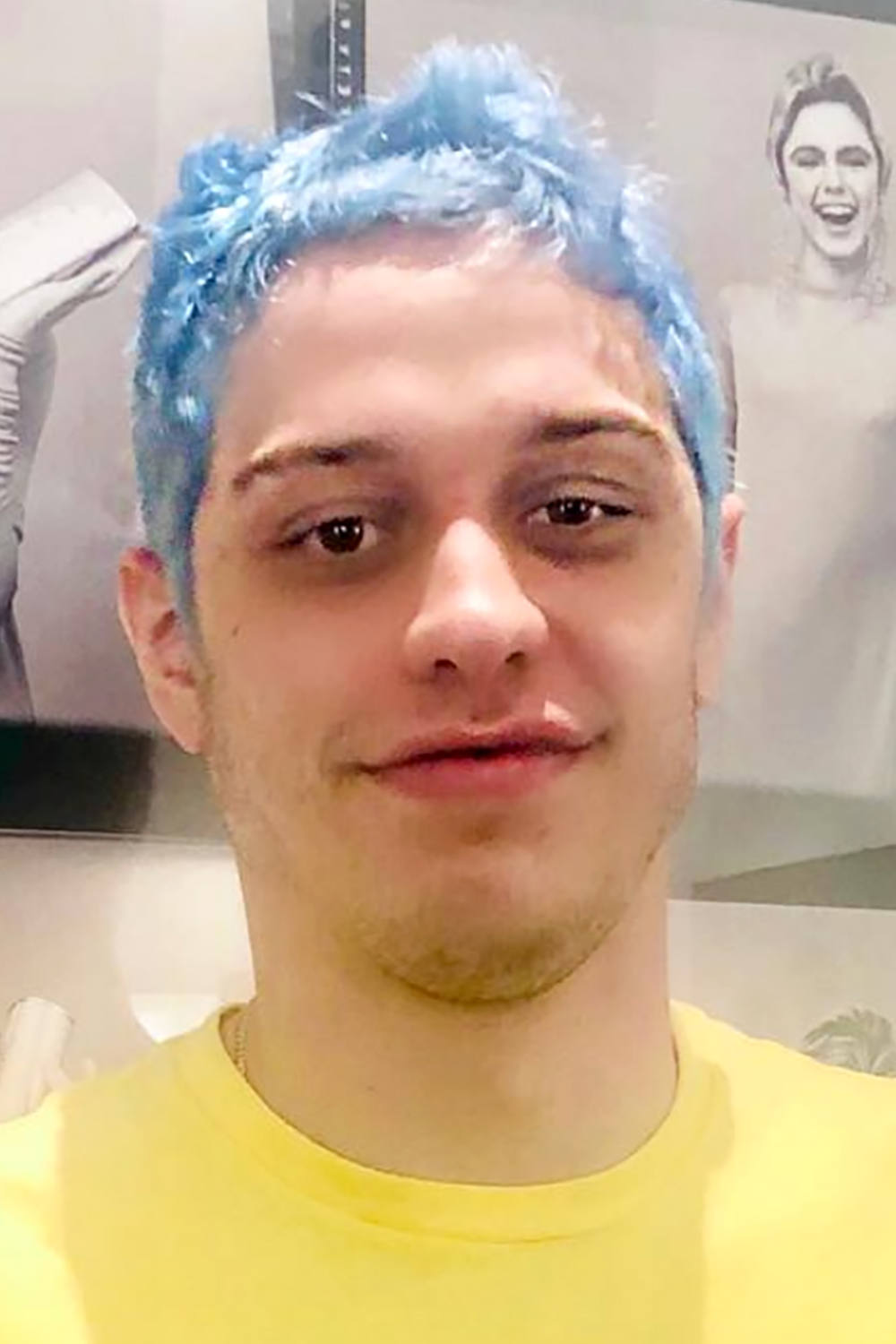 Back in 2018 during an SNL promo we saw Pete debut his new blue coloured hair. Big, bold and loud was the intention of this statement hairstyle as it caught the attention of social media. Its also a memorable time since this was his hairstyle during his breakup with Ariana Grande.

Coloured hair make statements and this is especially the case for the outspoken comedian, can we predict his next colour? Nope, but we wouldn’t be surprised whatever the choice is.

His crew and buzz cuts have been the foundation for his coloured hair as well as being one of his signature hairstyles which he has alternated between during the course of his career. 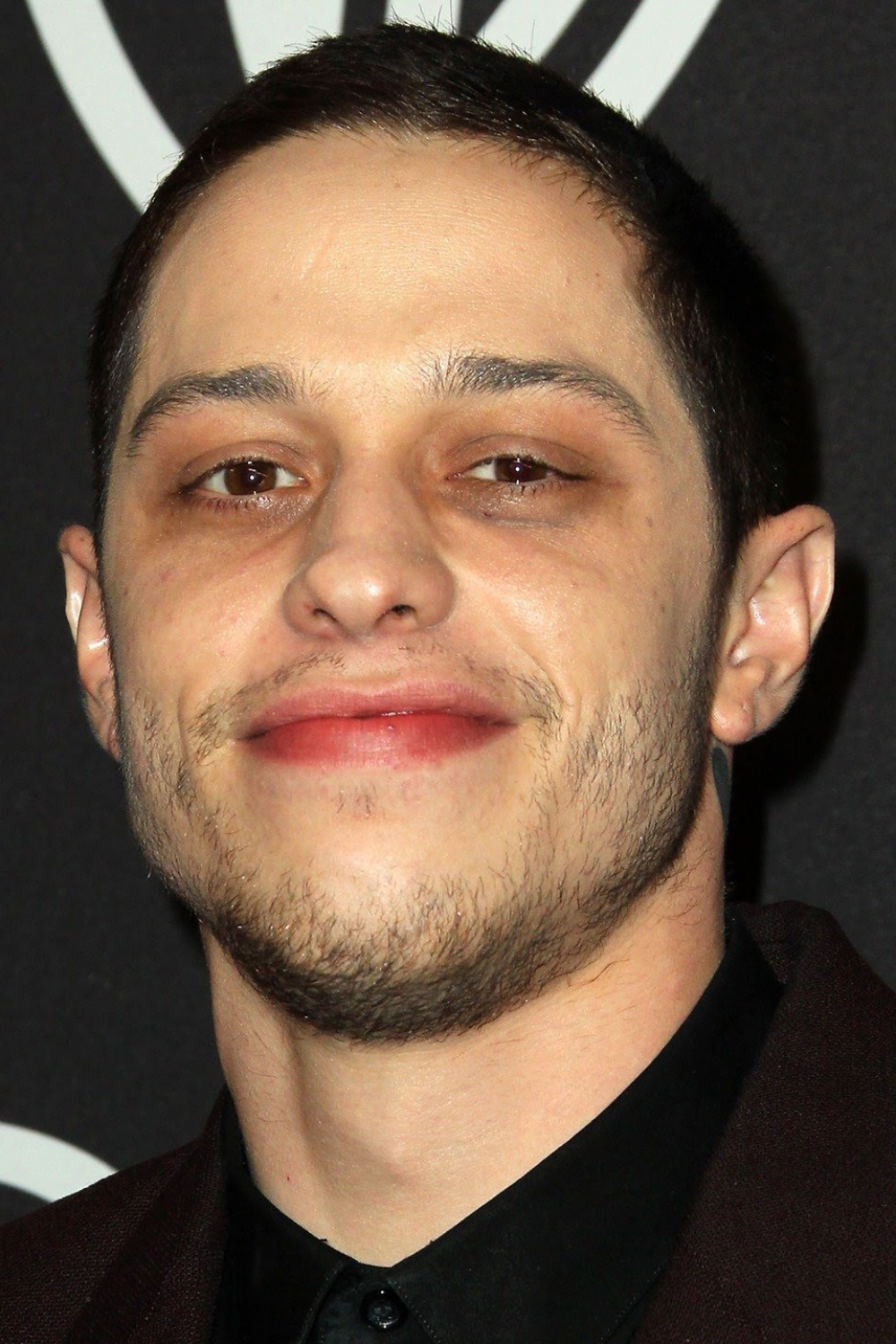 The crew cut continues to stand the test of time and one which men continue to wear for its low maintenance and simplicity.

Its only in more recent times we see Pete get much more experimental with his hair, however it all started with his short hairstyles.

Whilst the majority of hairstyles within our list can be seen several times its quite rare we see Pete in a taper fade, but we can see he pulled it off quite well. 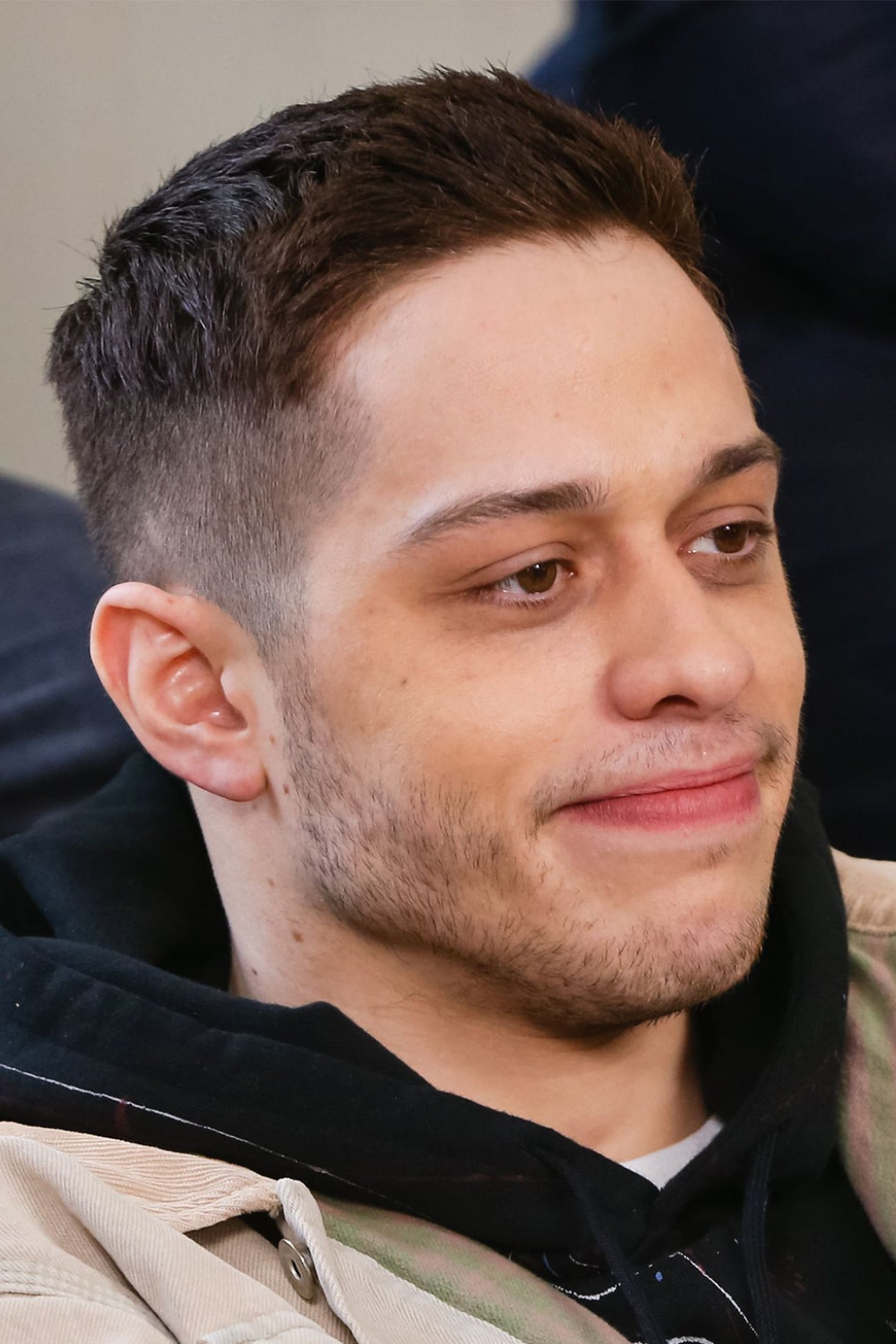 Talk about throw back! Back in 2019 we saw Pete attend the Sundance Film Festival with this distinctive hairstyle.

Short on top with a gradual taper fade on the sides gave him the soft gentleman look which further made him stand out as he tried something new.

Short, messy and sometimes uneven has been a contemporary hairstyle which continues to be popular amongst men with straight hair. 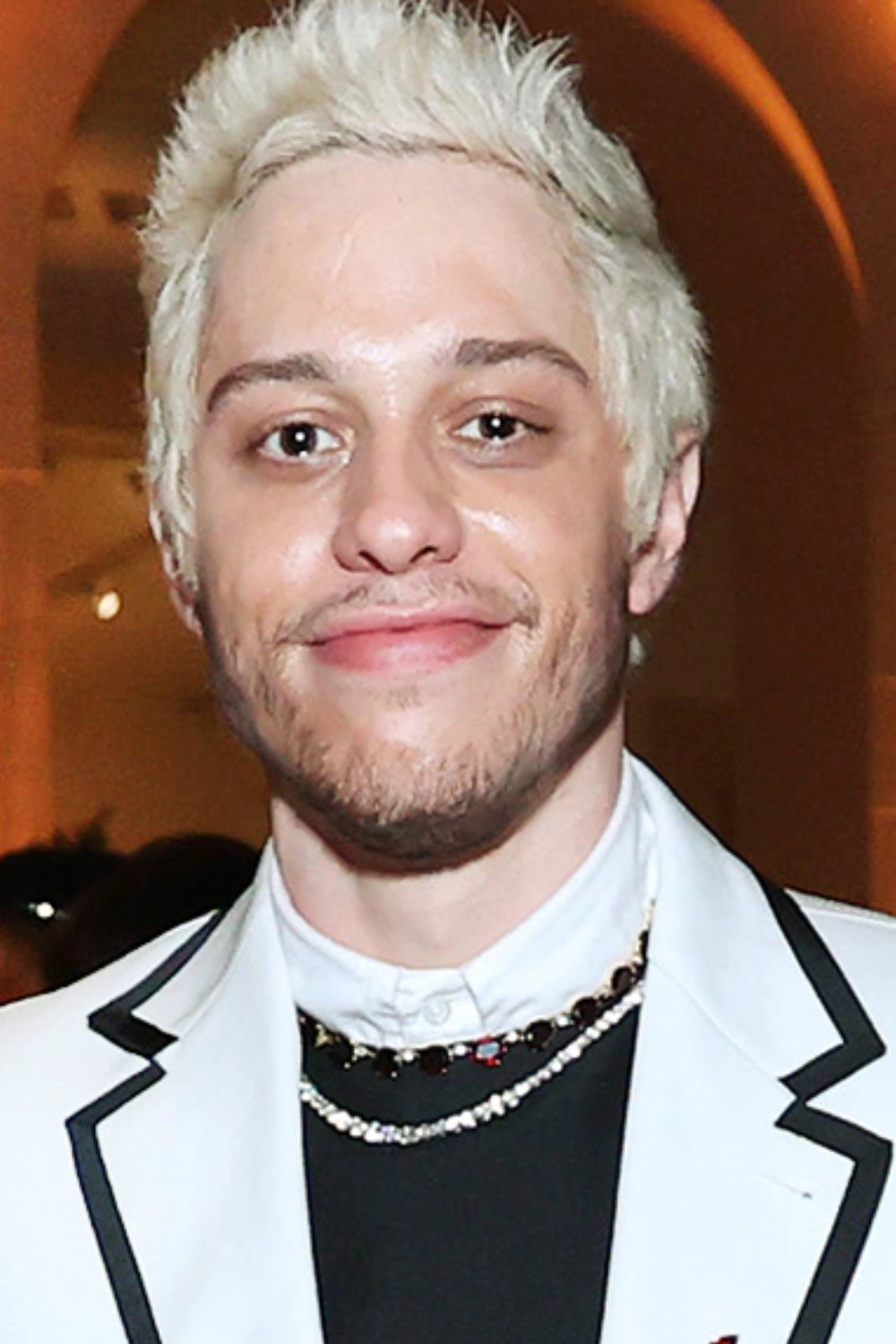 The beauty of this hairstyle is the variety of unintended looks such as accentuated curls, fringes or curtains. This can be worn for most occasions and continues to be seen on Pete.

Our personality is often times reflected in our hair choices which would explain Pete having messy hair. It subconsciously communicates not caring about the opinions of others and being laid back, if you’ve watched his stand up that’s an accurate description.

Key Take Away: Don’t be scared to try New Styles

From our editorial it quickly becomes apparent that Pete is very experimental with his hair which is a part of his personality since he’s creative and you could learn a thing or too!