NBA Youngboy Dreads are a result of the semi freeform method which we are going to take a detailed look at. Throughout his career he alternated between the low buzz cut and afro, however in recent years he transitioned into dreadlocks.

As evidenced in our rappers with dreads editorial the style continues to be one of the most popular hairstyles in Hip Hop Culture today.

How & When did NBA Youngboy Dreads Start? 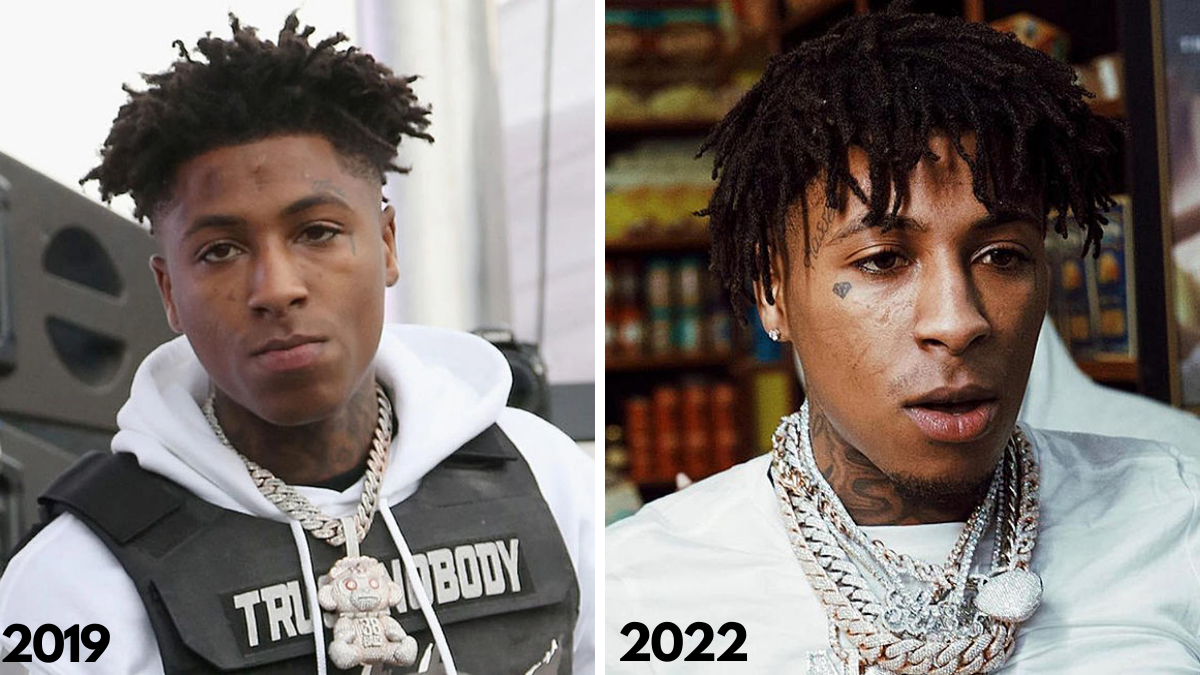 How: His dreads are semi freeform. How do we know? A Closer look at his head and you can see he does not have any defined sections. This began with the twisting of his hair with a sponge.

When: Throughout our archives we can see he began his hair growth journey back in late 2019 and early 2020. Within this period we saw him grow his afro.

For an even more detailed look check out the video by Great locs who examines how the rapper began his dreads by twisting and maturing through the semi freeform method.

The great thing about dreadlocks is their unique nature.

2 people can have the same style of dreads but different results. For example, J Cole dreads are also semi freeform, however they are thicker in appearance. They look more like wicks whereas NBA has roughly 200 – 250 dreads and look completely different to J Coles.

NBA Youngboy Dreads throughout the years

Since his debut we have seen NBA YoungBoy in multiple music videos in which he has styled his hair in either the buzz cut or faded afro. 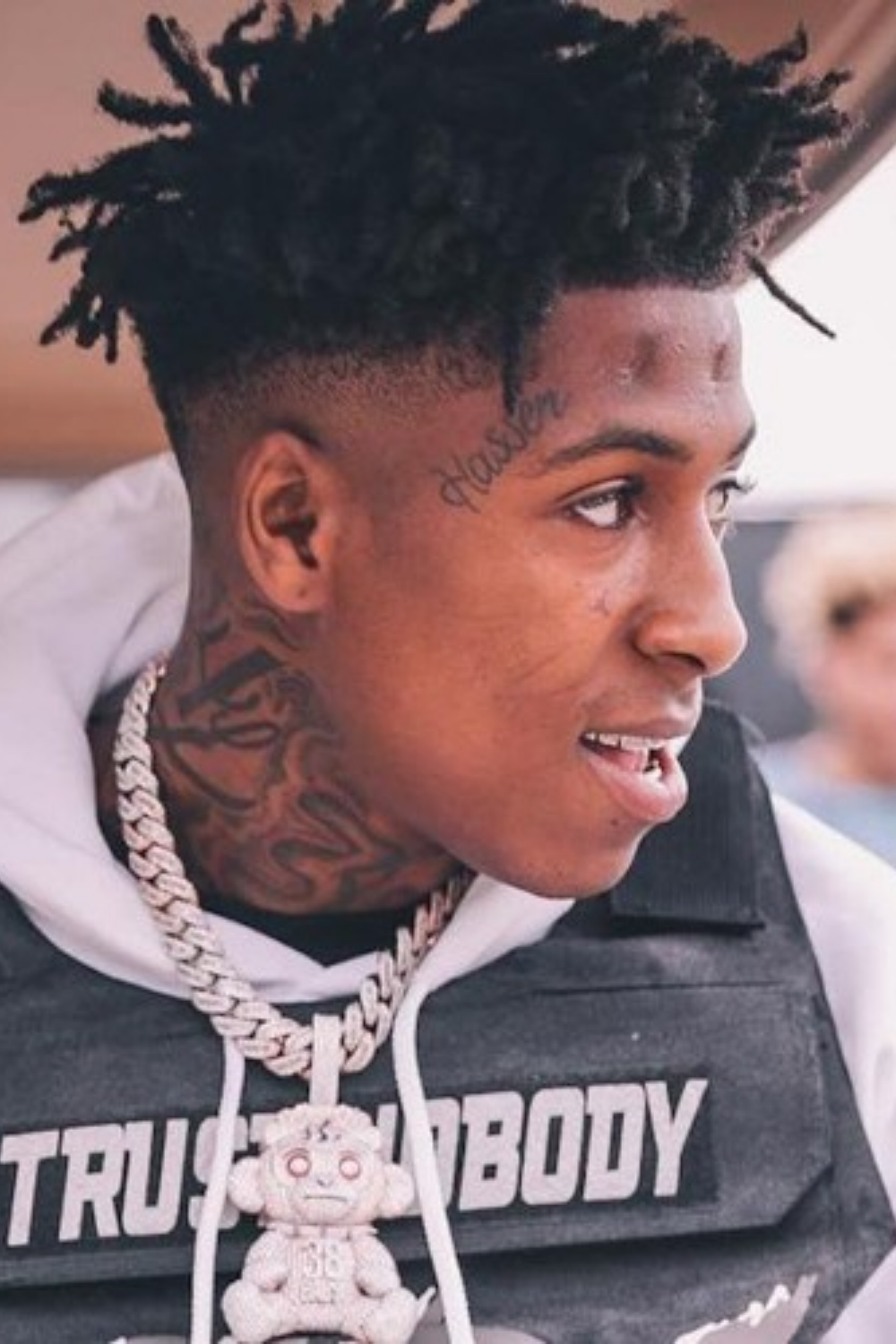 From 2019 we began to see him grow his hair longer than usual which would go on to be the foundation for his dreads.

His afro was twisted which would create the semi freeform look.

A year later and we saw his dreads more mature and longer in length. Due to his faded sides most images appear to look like high top dreads during this period. He continued to shave the sides as his hair matured. 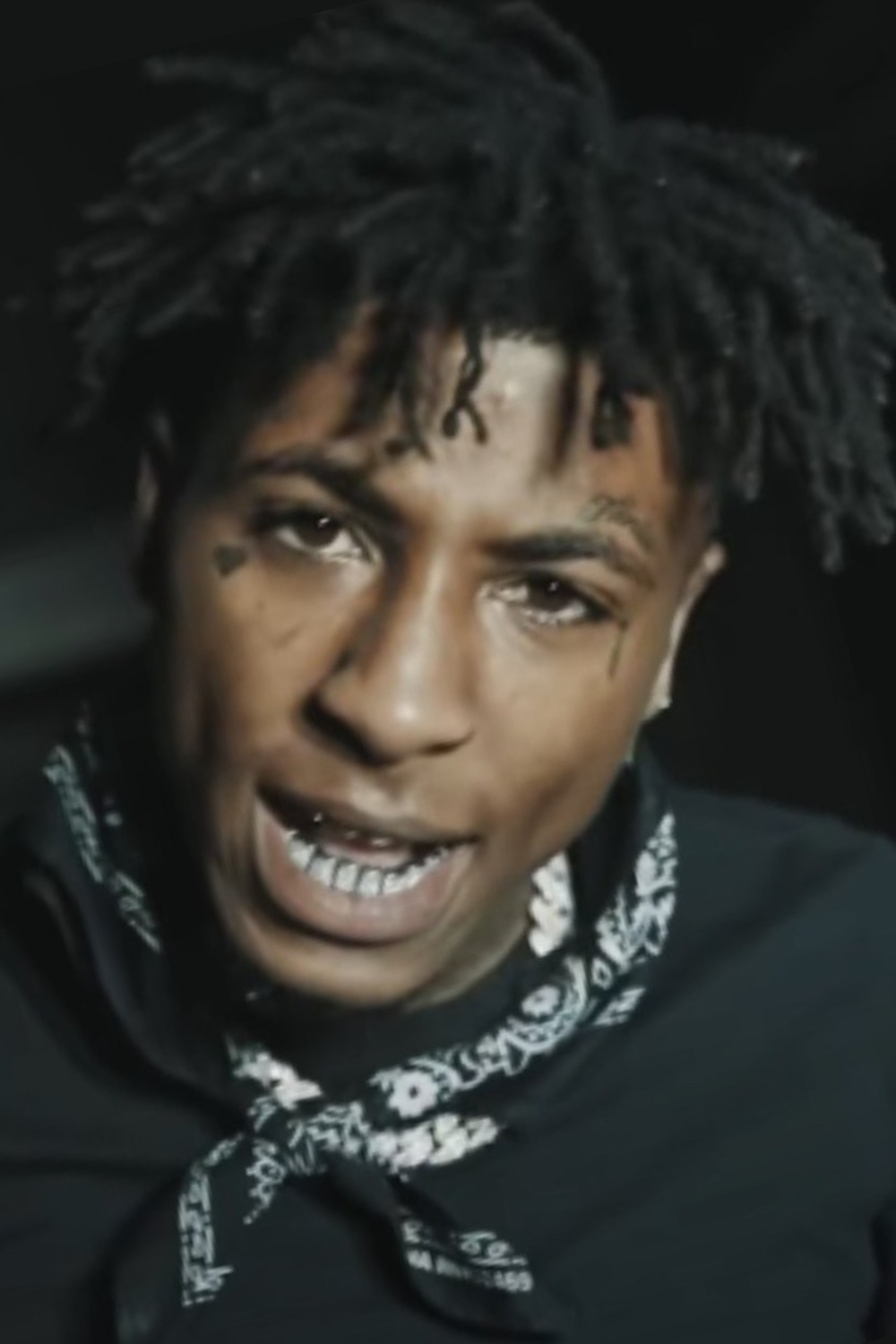 During 2021 it became more evident that his dreads had no sections, appeared in different sizes whilst being healthy. He does not appear to have his hair styled in any particular way. He may choose to do so as it gets longer. 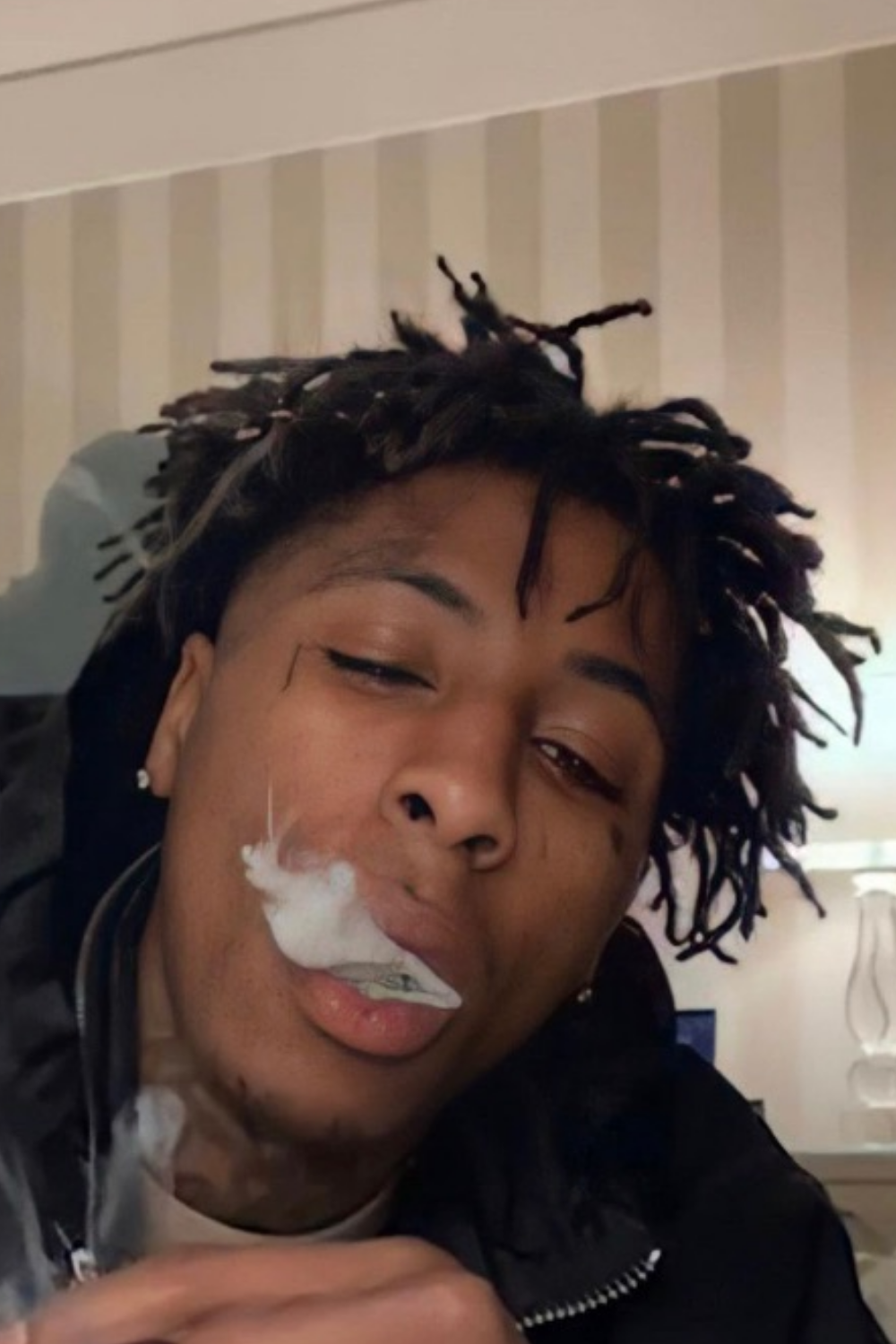 Today his dreads are the longest they have ever been and continues to follow a maintenance routine by visiting a loctitian. 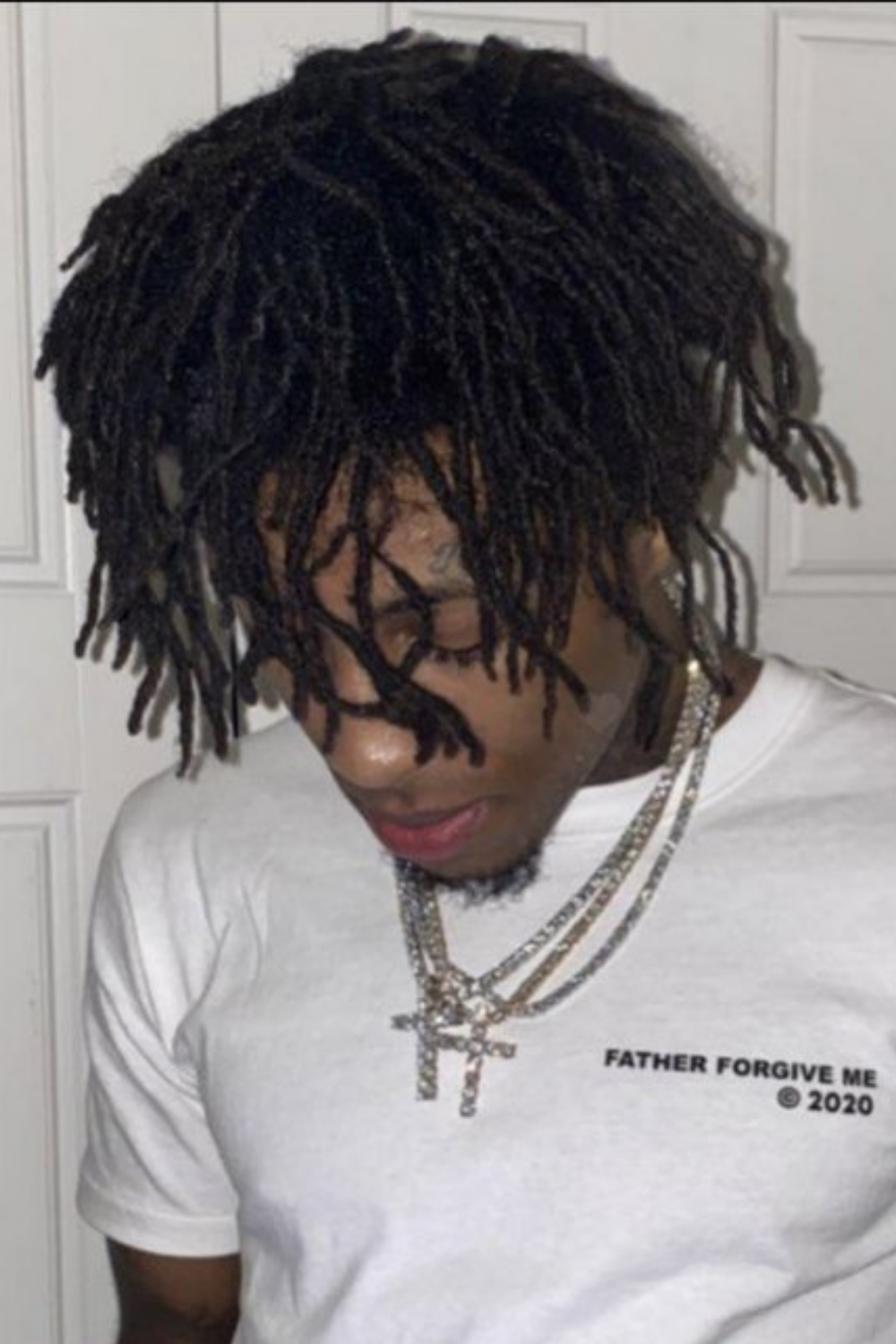 He continues to grow it with most of his dreads running across his face. In addition to this he had never bleached or styled his hair up until this point, but this may change in the future. It appears that his priority are solely on the length and health of his dreads.

NBA Youngboy has semi freeform dreads which can be started at home with a hair sponge or towel.

What makes you a Hip Hop Head?