In his decade long music career we have seen every Maluma Hair style under the sun. These have included,

His credentials which include his collaboration with high end fashion brands such as Dolce & Gabbana and Balenciaga whilst being deemed a fashion icon have inadvertently made his hairstyles and outfits a point of interest.

These are the Best Maluma Hair Moments

His long hair and ponytail was his signature look which he wore throughout most of 2018, often styled downwards, curly or in a ponytail.

He would later have it cut for a meaningful cause, during a trip to the Miami Cancer Institute on World Cancer Day Maluma allowed the children and staff at the hospital to each cut a piece of his hair. 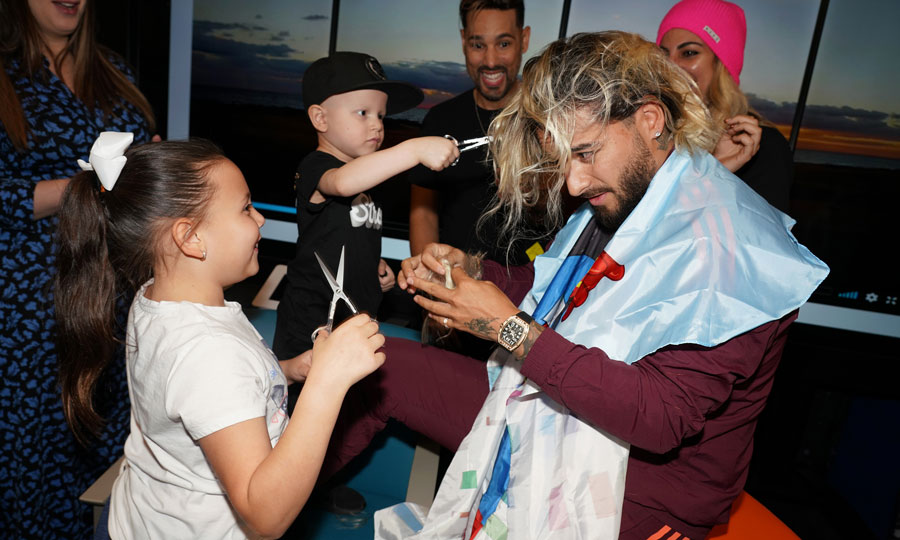 “It is impossible to put yourself in the shoes of these little ones but for those smiles one does anything. Thank you little teachers for teaching us so much and next time I will certainly not look for a hairdresser, I would return to you a thousand times. #WorldCancerDay”

With the decision to cut his hair we have continued to see Maluma get creative with his crew cuts and buzz cuts. 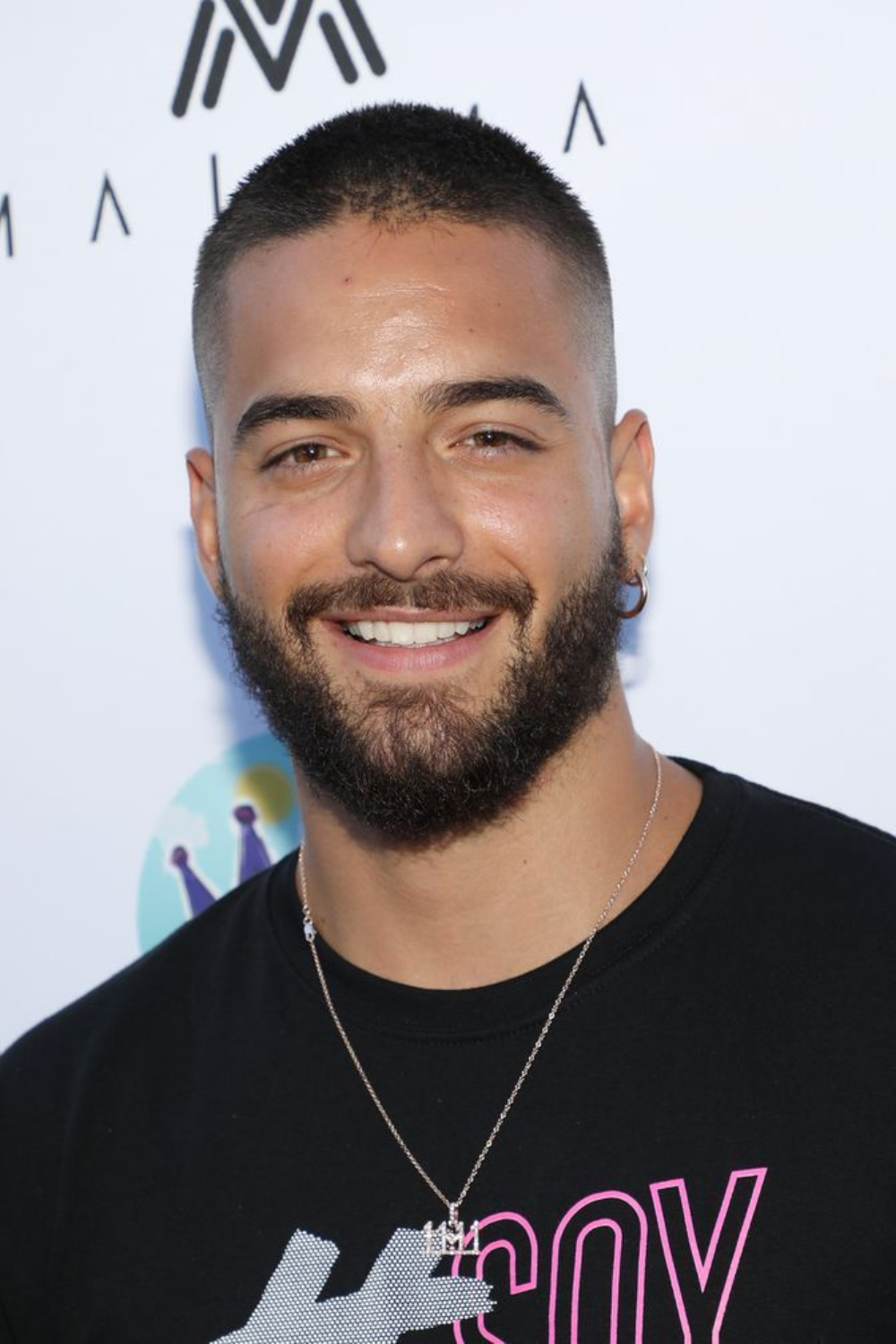 The variety of styles has ranged from his hair being coloured, shaved for a high skin fade, drawn in designs as well as used as the foundation for his mohawk.

The crew cut has featured subtle curls at the top whilst his buzz cuts have been short all round.

The sophisticated look is minimal, low maintenance and can be worn for all occasions which would explain why we see Maluma’s hair this way in his videos, photoshoots and social media platforms.

Don’t let having short hair stop you from getting creative!

Mohawks come in all different shapes, sizes and colours as proven by the Latin singer. Some of his previous mohawks feature his hair coloured at top, whilst some feature his natural hair. 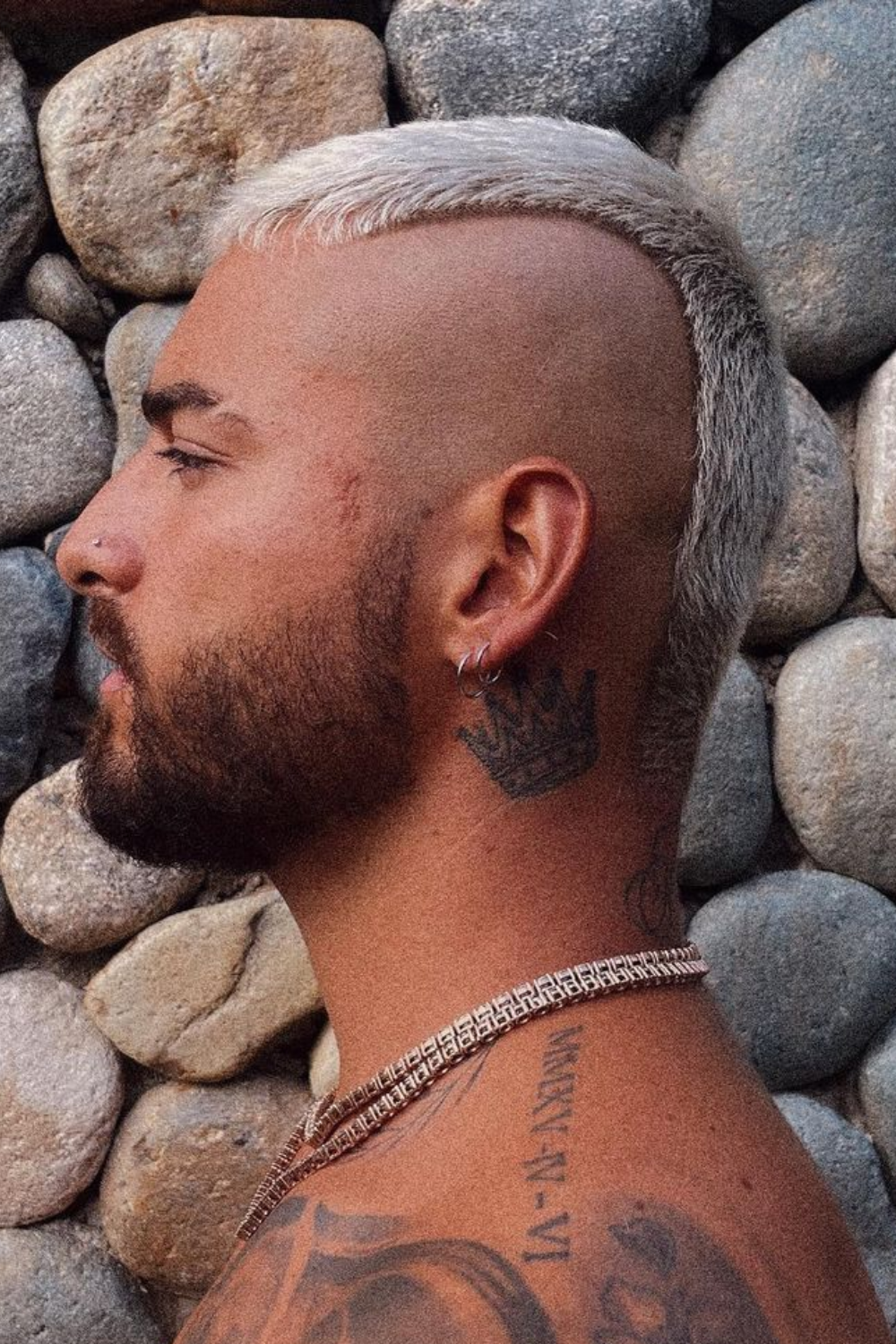 Some of his mohawks have little to no hair on the side whilst some have a gradual taper fade across the sides.

This is the beauty of the Mohawk, the ability to style it in multiple ways, as an undercut blended, bleached, skin fade sides, natural hair or classy the choice is yours!

In the video Below GQ attempt to recreate one of the many infamous Maluma Mohawks. NYC barber Richard Mendoza and hair colourist Zayn Shaikh show us how it’s done!

Is there a hair colour Maluma hasn’t tried at this point? And yes, that was a rhetorical question. Blue, Pink, Grey and Platinum blonde, he’s done it all. 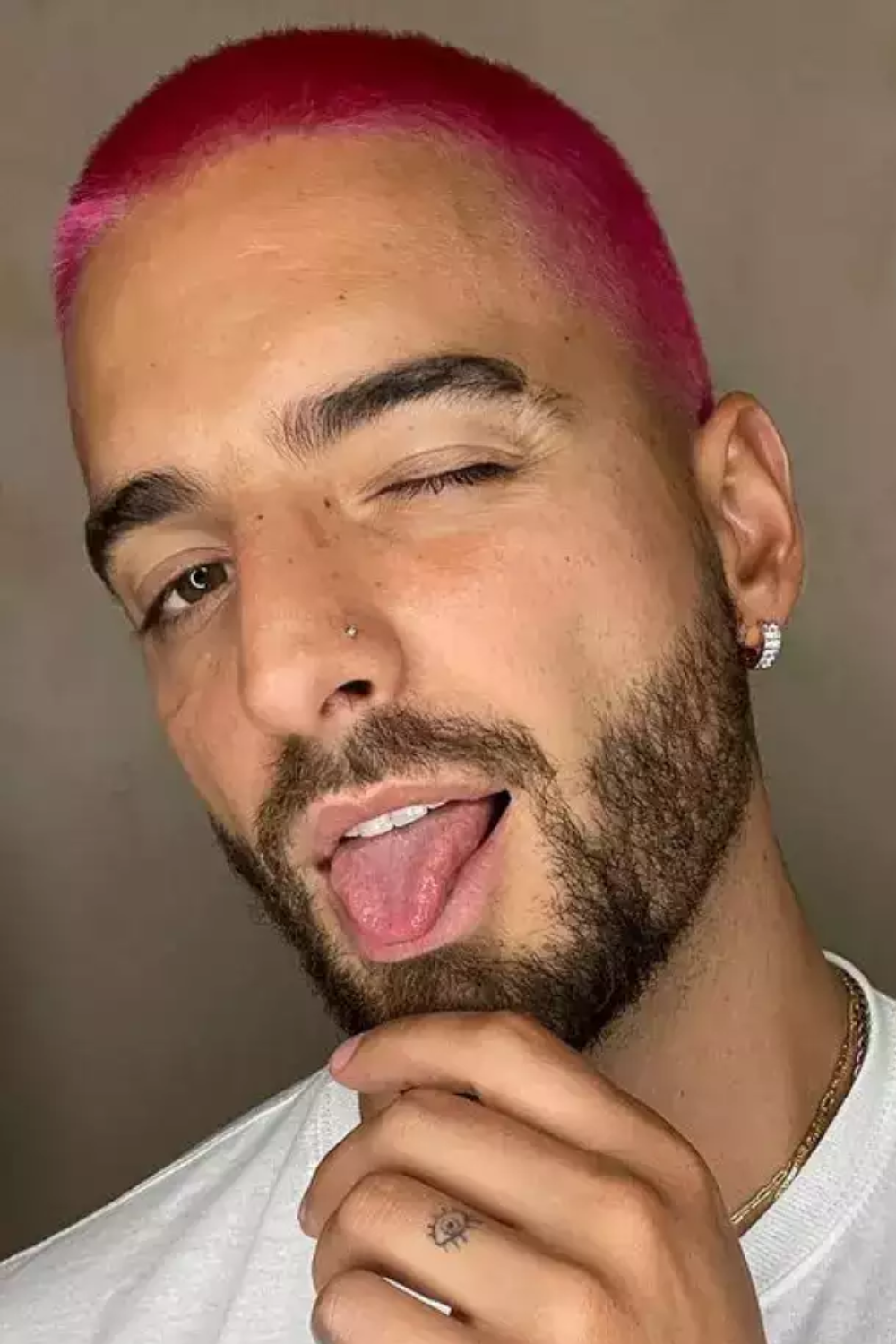 We can often see the Latin singer in different colour hair which is simply an extension of his creative personality.

Whilst his natural colour is just fine we often see Maluma wanting to create statement hairstyles which is mostly achieved with different colours.

Who would of guess that a popular contemporary hairstyle would be one which looked like you just got out of bed, insane right!

Yeah, well its pulled off by Maluma as well as others in the public eye it becomes a social norm and to be fair it looks good.

The messy hair look often subconsciously communicates being laid back and gives off a chilled vibe which is why men often gravitate towards the style.

The modern textured quiff has grown in popularity over the last few years since it can offer men a variety of styles such as a side parts, messy hair, comb over or slicked in any direction. 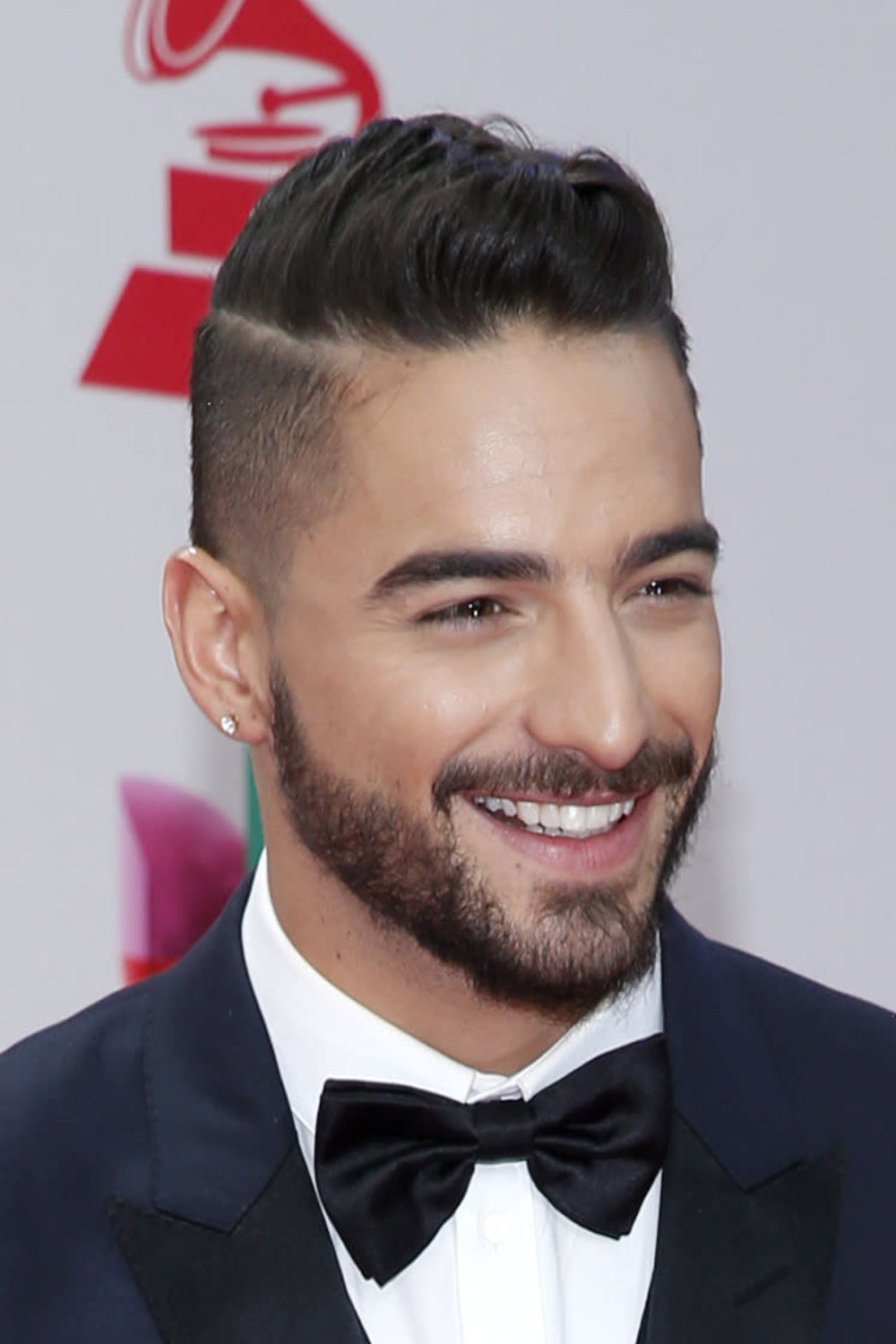 The trick is to use pomade or gel with a medium shine to give it that ultimate polished look which is what Maluma can be seen doing through all his quiff hairstyles.

Key Take Away: Don’t be scared to try New Styles

From our editorial it quickly becomes apparent that Maluma is not satisfied with one hairstyle and whilst that’s a part of his personality since he’s creative you could learn a thing or too! Ensure you also try different styles then select your look based on which suits you best.