Lil Wayne height has been recorded at 5’5 officially making him one of the shortest rappers in hip hop culture.

This is the same record as Kendrick Lamar’s Height. His short stature becomes very apparent amongst his taller peers, athletes and public figures.

Our editorial provides proof of Lil Wayne’s Height through visual imagery as well as his own lyrics.

For a visual comparison we have used the image below of rapper 2 Chainz and Lil Wayne which helps visualize the height difference with his close rap associate and friend. 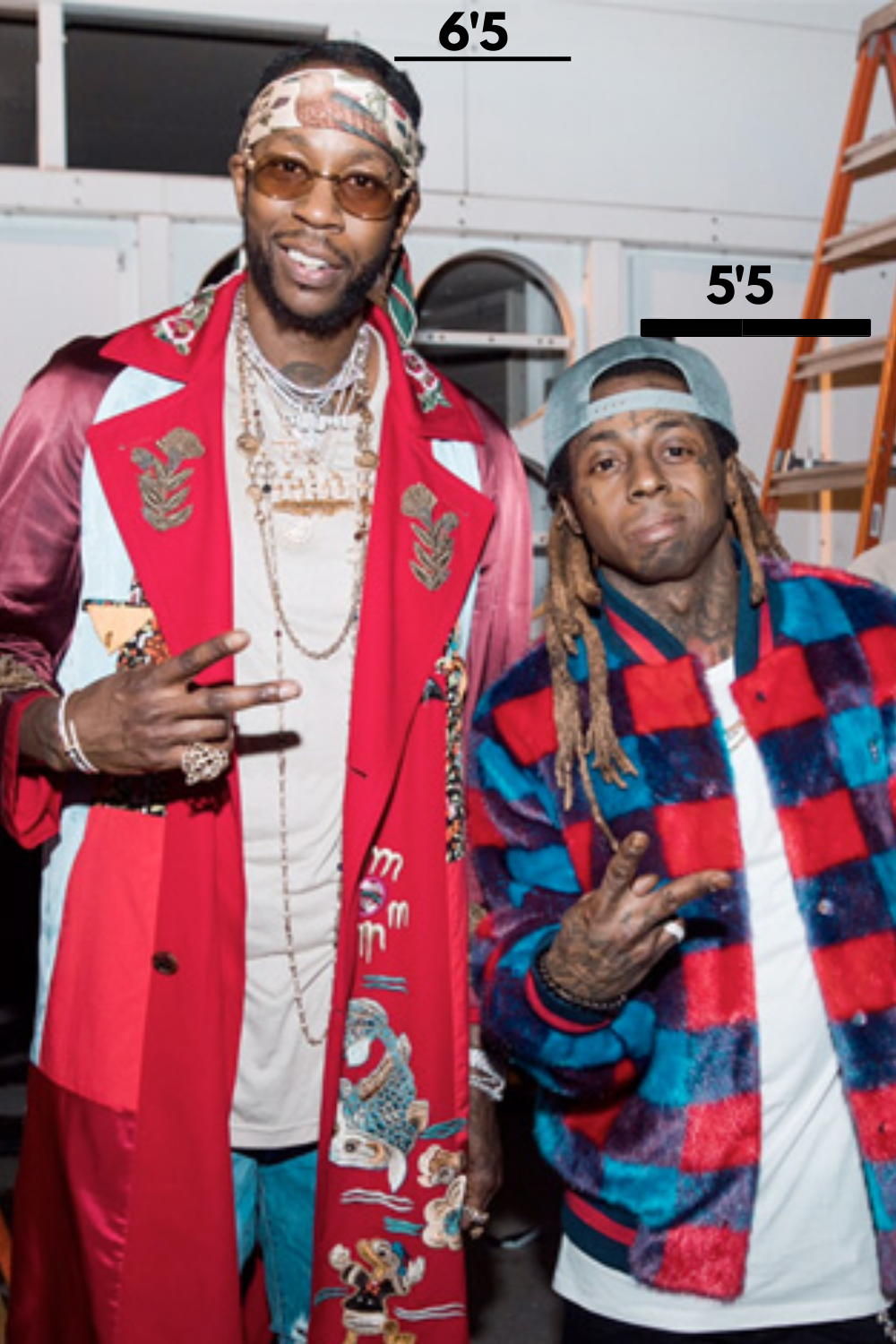 For reference 2 Chainz height makes him one of the tallest Rappers in Hip Hop.

We have also used Kendrick Lamar as an example since he is the same height as Wayne at 5’5.

Kendrick Lamar Height has also been referenced in his music, with the most notable being on the track saviours.

How do we know the actual Lil Wayne height? (Proof)

Lil Wayne has mentioned his height on various songs within Hip Hop with one of the more notable ones being his feature on French Montana’s Pop That Track. The lyrics, 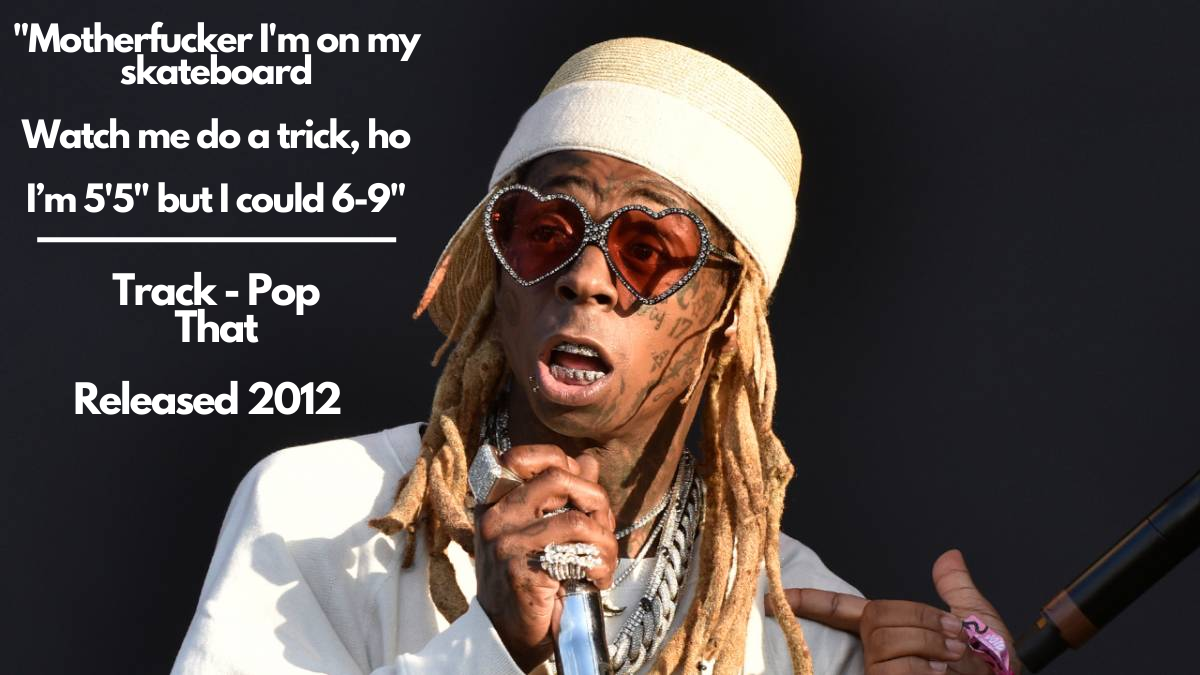 “Motherfucker I’m on my skateboard

Watch me do a trick, ho

The natural mental chip on the shoulder short rappers have means they excel on other places and there’s no denying Wayne being one of the best rappers.

In addition to this we have seen prison records released to the Public which include his height at 5’5.

Wayne has used his music as a form of expression throughout his career covering many topics from money, women, drugs, new Orleans to politics.

We have also heard Wayne rap about his height in songs and another example of this can be heard on the Rick Ross Track Luxury Tax,

“They said I couldn’t play football, I was too small

They said I couldn’t play basketball, I wasn’t tall

They said I couldn’t play baseball at all

And now every day of my life, I ball”

The lyrics should be proof that he’s used what most people would view as a disadvantage and made it an advantage. Lil Wayne Height at 5’5 is a fact but his money is certainly taller!