Kendrick lied to us! He told us back in 2014 he didn’t have time to look “cute” whilst growing out what he described as a Nappy afro during his breakfast club interview, today however we see Kendrick Lamar Braids undergo multiple styles and regular maintenance, were not mad though, they look Great!

Whilst his music continues to be the focus of his career his hairstyles and braids have garnered the attention of his fans which our editorial will highlight.

How and When did Kendrick Lamar Braids start? 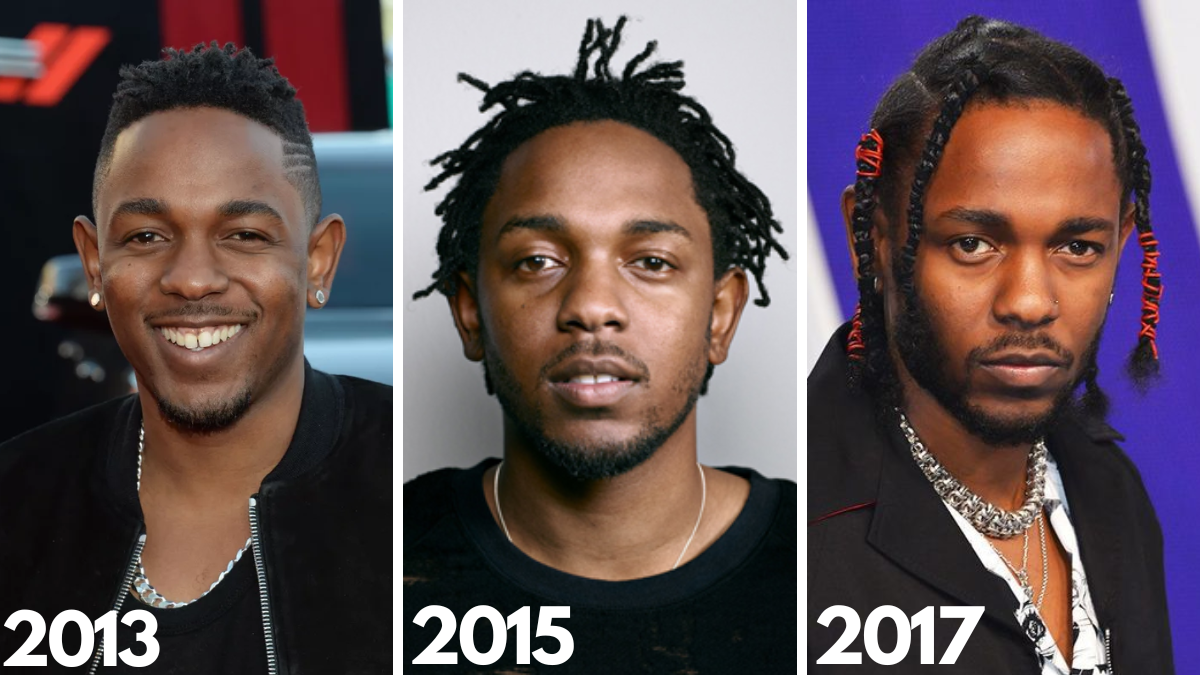 How: From the images above we can see Kendrick transitioned from his high top fade to afro twists.

Though its common to grow a large afro out before twisting or braiding Kendrick decided to put his hair in a protective style quickly after his shaved sides grew out.

What’s even more interesting is that during his hair growth journey he was releasing his album To Pimp a Butterfly which allows us to see the stages of his hair before his braids. 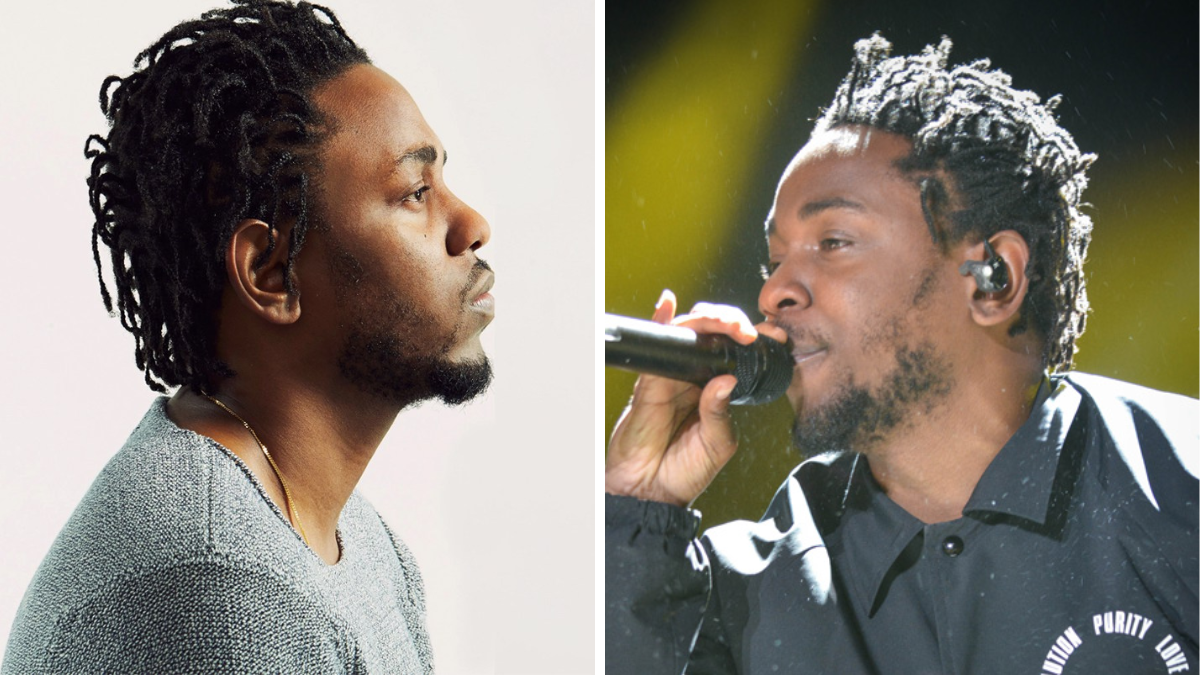 From his photoshoots, music videos, album signing and live shows in 2015 were able to see the different Kendrick Lamar hair styles and stages before his braids.

Our archives feature Kendrick sporting his box braids in a variety of ways, for example he wore the protective style during his 2017 VMA appearance with red rubber bands to further make them stand out whilst his photoshoot with GQ featured the braids much smaller in appearance. 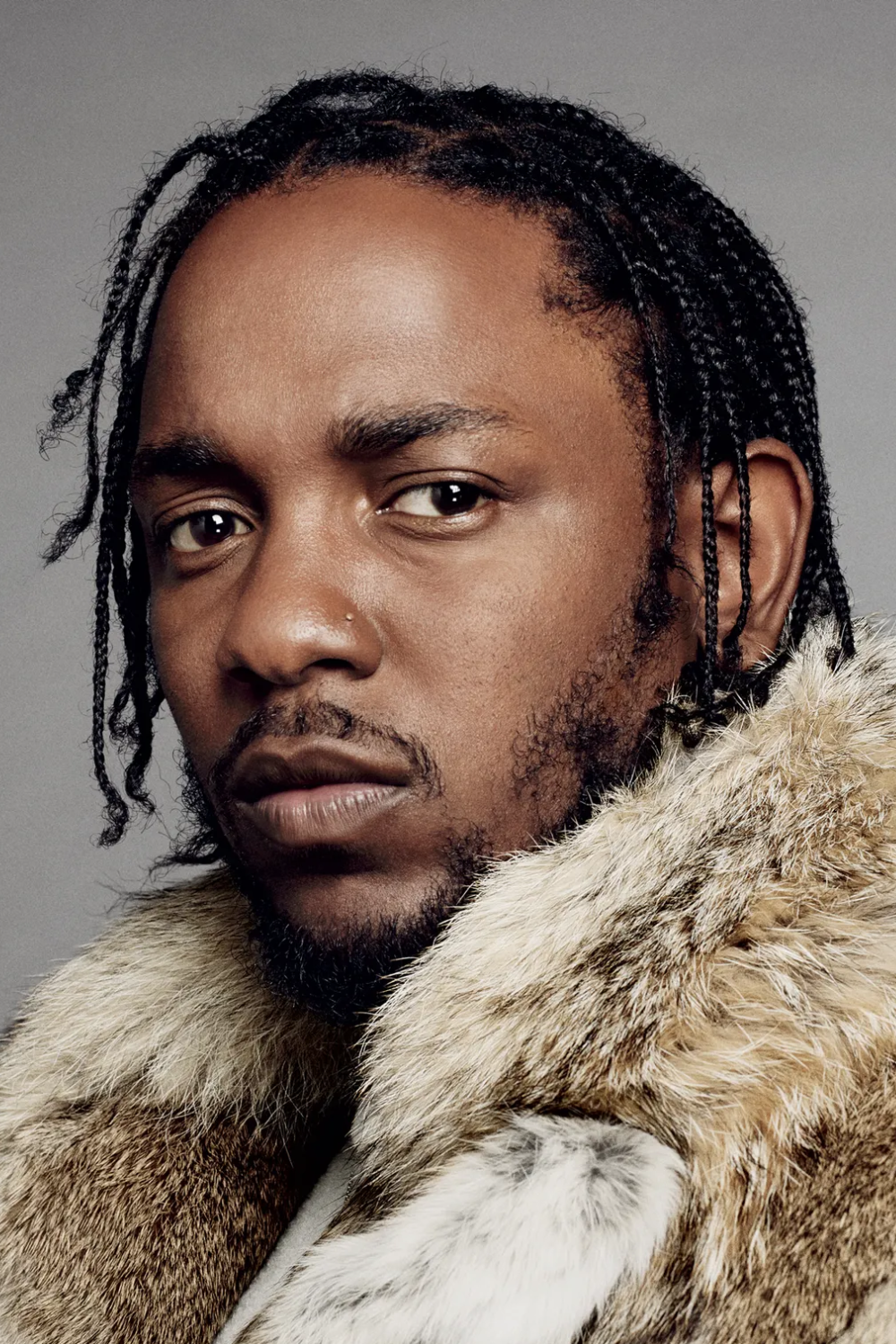 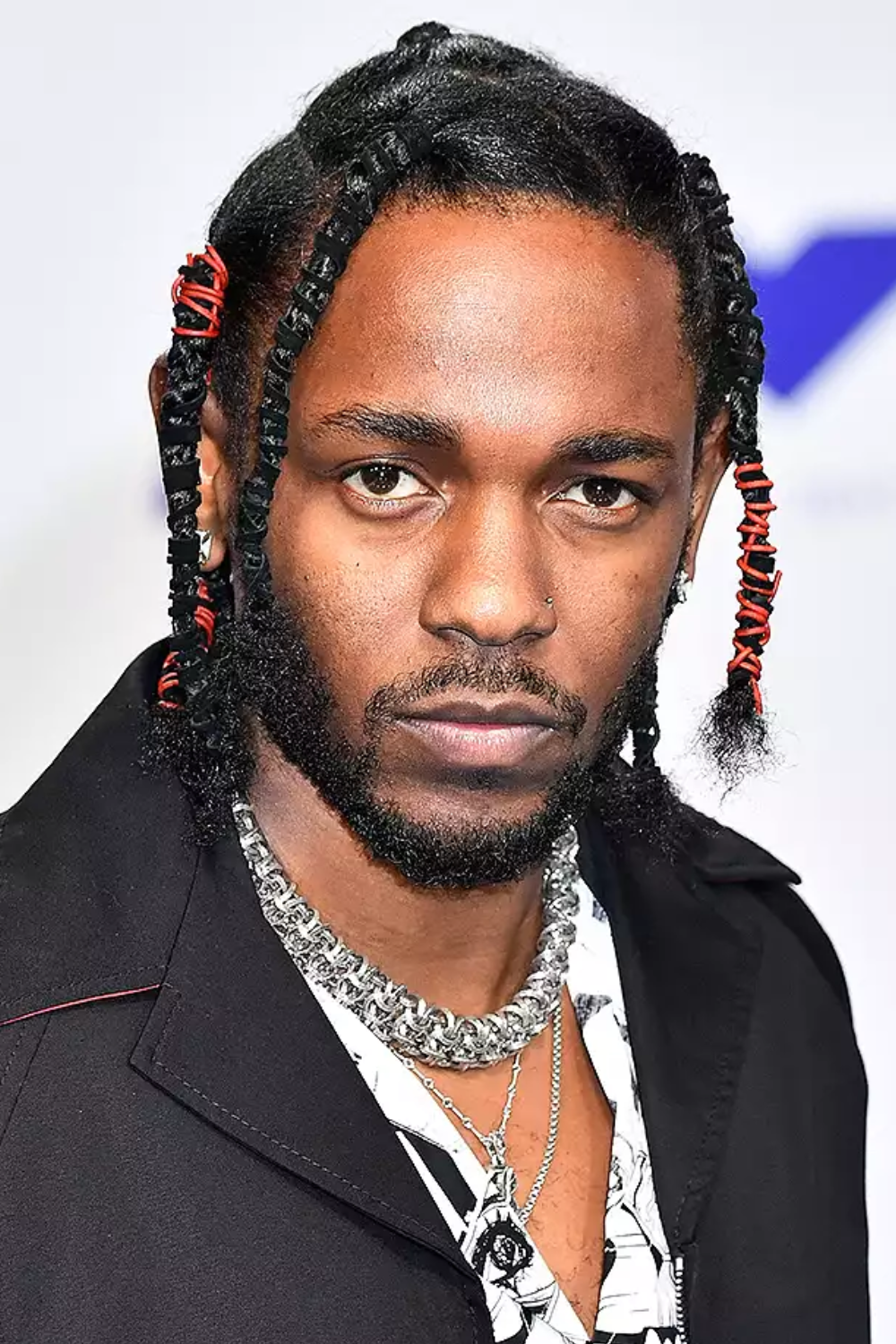 Whilst he does alternate between different styles his box braids are his signature look that he often reverts back too.

As his hair gained length we were able to see him style his hair in different ways, one being his half up half down ponytail. 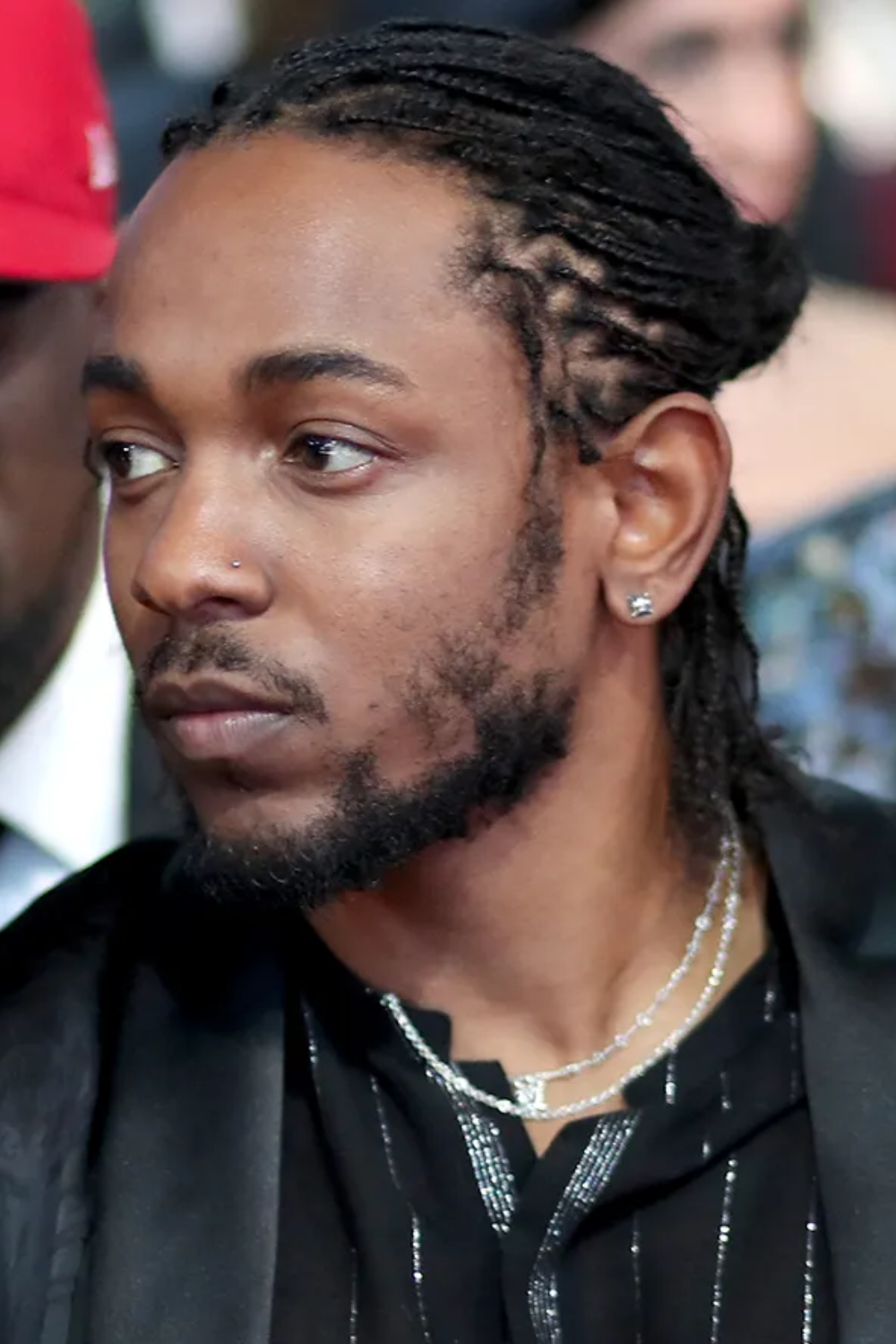 To achieve this look his hair was braided very thin allowing it to stretch as far back as possible!

Whilst Kendrick does wear traditional cornrows we often time see him style them with braids running down his crown with cornrows on the side. 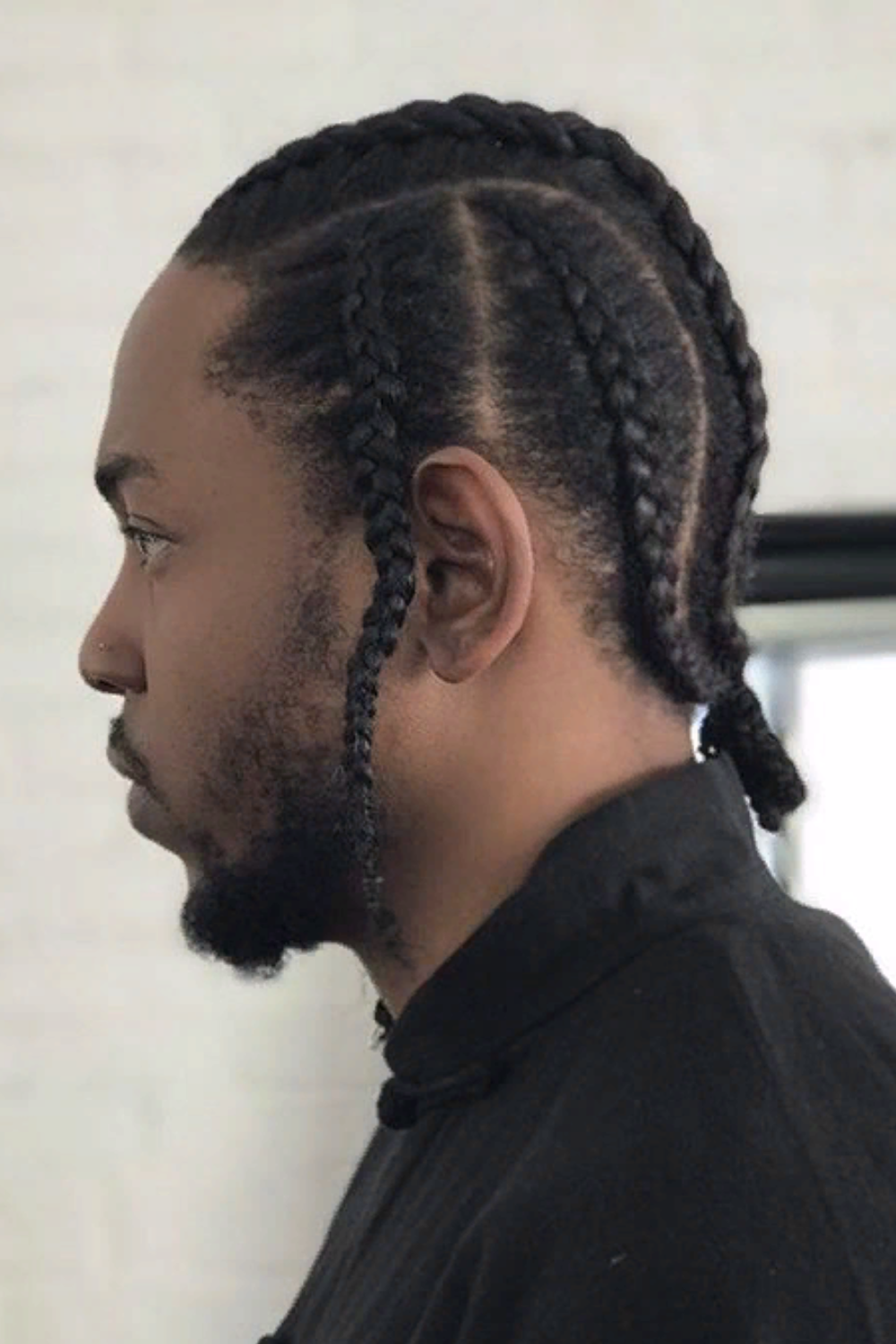 The look is widely associated with his album cover DAMN in which the same look can be seen.

We guarantee if you were to style your hair this way it would remind people of Kendrick, now that’s the power of branding a hairstyle!

Twists for Men continue to be a great hairstyle choice for men with afro-textured hair. 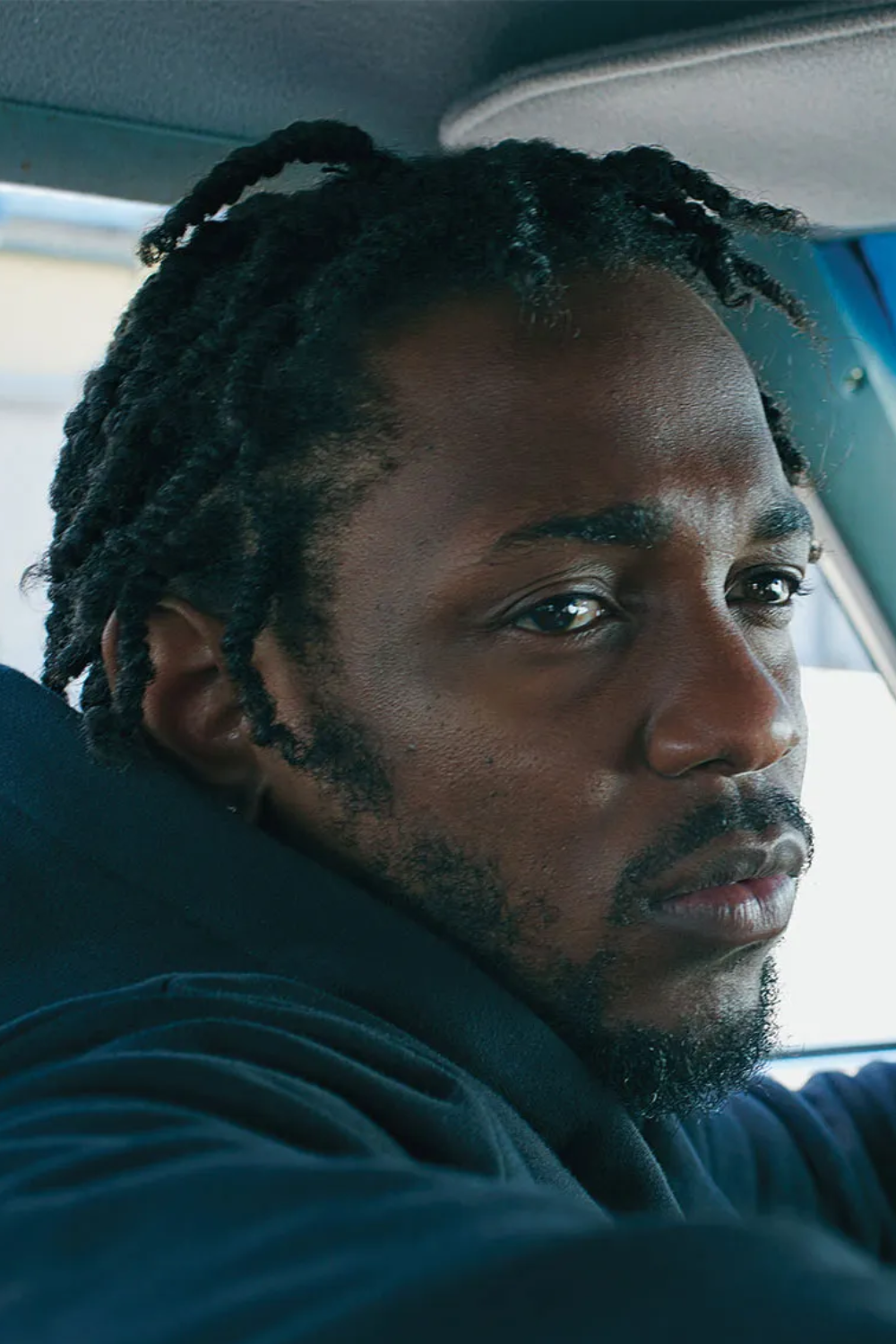 This was one of the first styles chosen by Kendrick earlier on in his hair growth journey. We can see Kendrick in 2 strand twists which create a ropey aesthetic due to hair being wrap around each other.

This is a popular hairstyle due to it being low maintenance and great for hair growth due to there being no manipulation.

Not too many rappers with braids are bold enough to get as experimental as Kendrick when it comes to Hair proven by his Faux Locs. 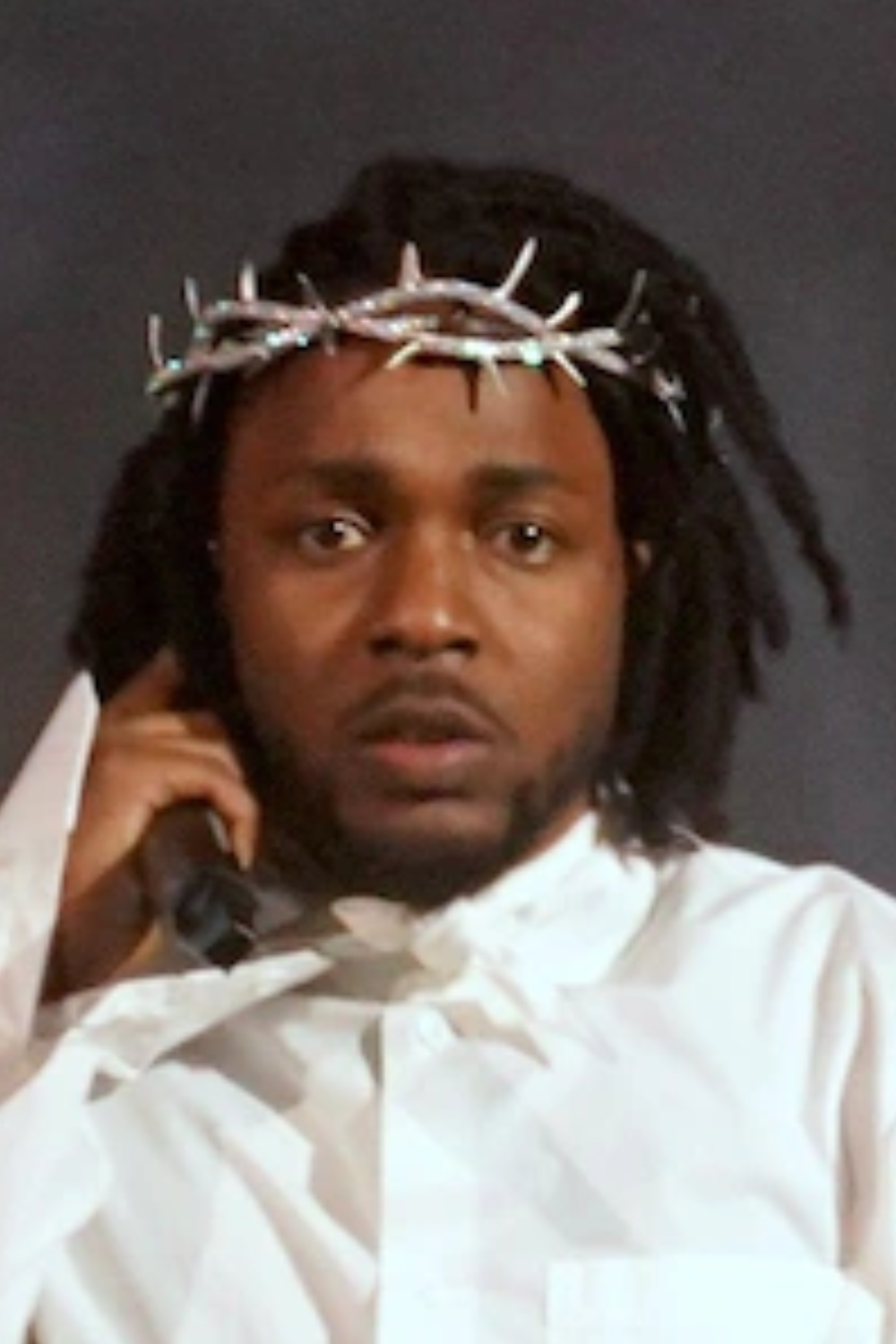 In 2022 alone we have seen him make appearances at Paris Fashion shows, shoot documentaries in Ghana, and perform at Glastonbury festival all in this style. Since there commitment free dreads he is free to put them back in his hair whenever he chooses too!

Kendrick Lamar in Ghana with his Faux Locs 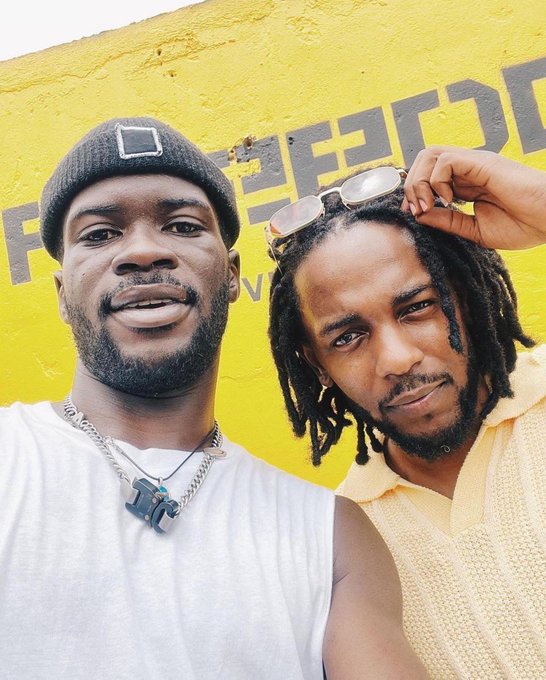 Before Kendrick Lamar Braids were even a consideration in his mind it started out with the buzz cut! 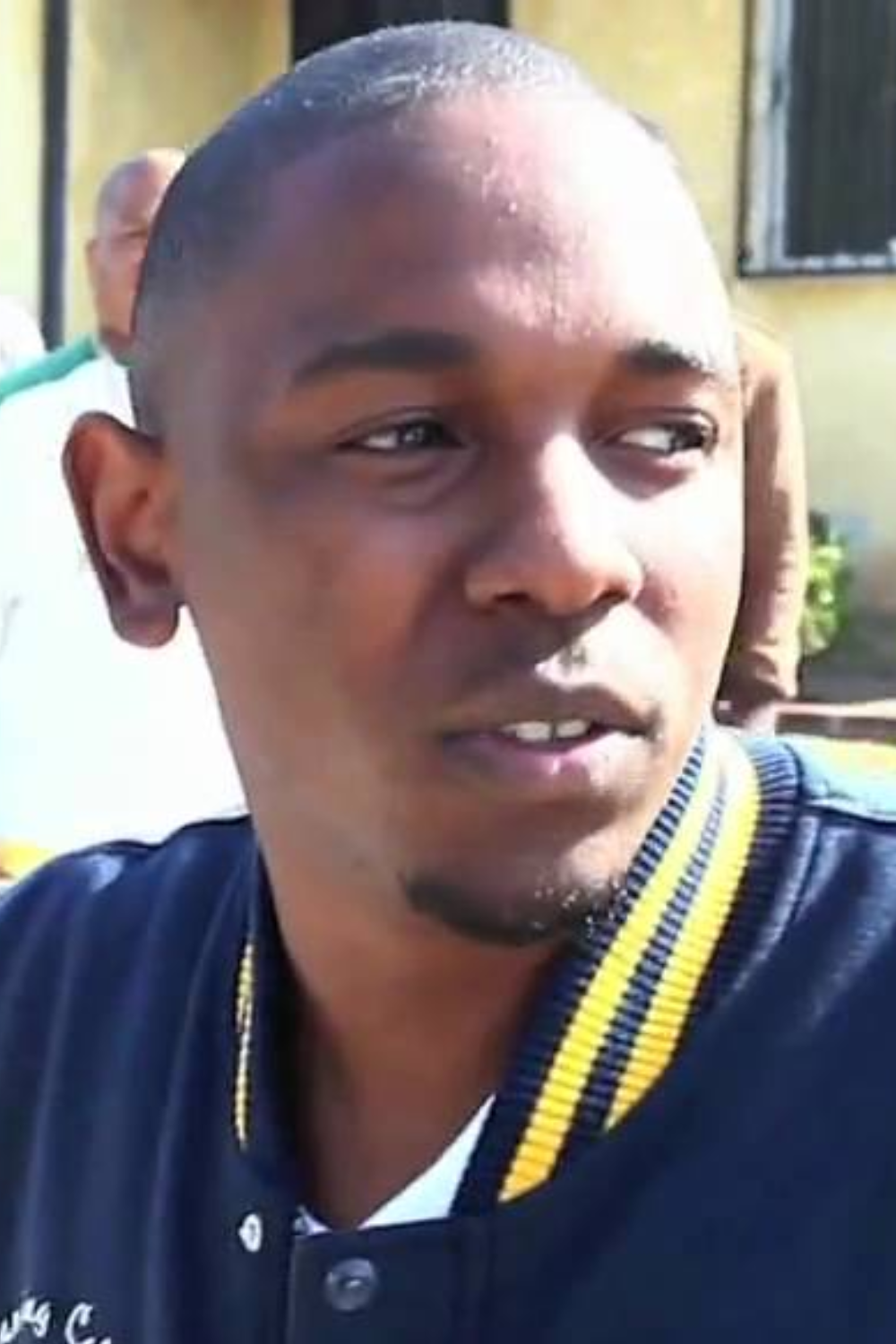 Prior to his music career and notoriety Kendrick Lamar appeared on mixtape covers and photoshoots in a relatively low buzz cut. The transition for his high top began during 2012.

Talk about a throwback

Braids are always going to be desirable for the simple fact that there easy to style, low maintenance and a great protective hairstyle, however, to ensure you maximise your hairs lifeline it’s imperative the proper care and maintenance is applied to your braids. This is not complicated at all, just follow the following