Would we be wrong by saying Keanu Reeves Hair has played a crucial part in all his acting roles? We think not!

Since 1985 we have seen his hair styled in multiple ways for various movie roles to further embody his characters which has gone on to win him awards such as MTV’s most desired male! Proof of the interest surrounding the actors grooming, style and image.

His long hair is often worn in multiple variations such as his middle or side parting, tied back or behind his ear. 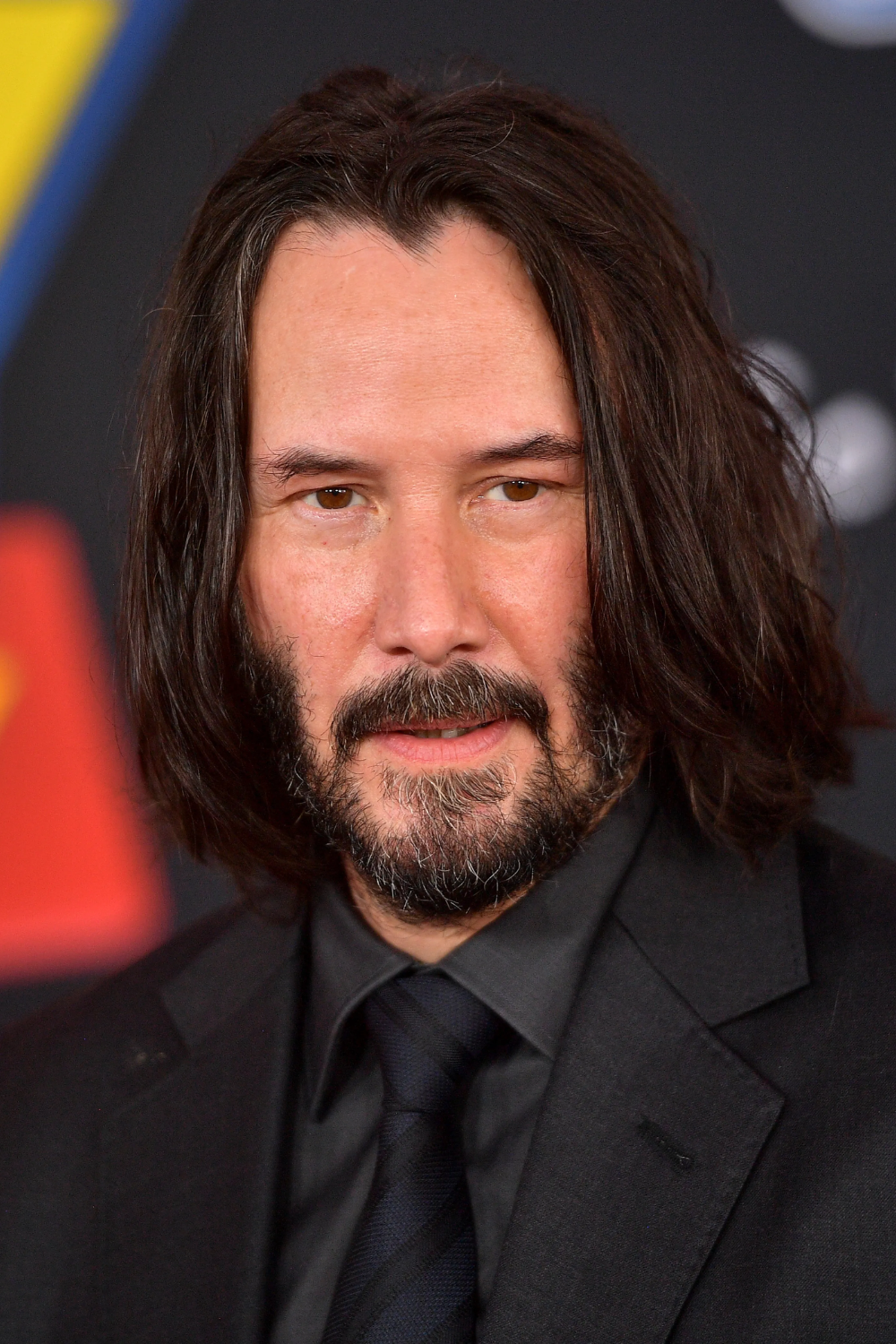 With over 100 Movie and TV roles under his belt at this point we have seen Keanu Reeves Hair styled in multiple ways yet he continuously has his hair longer during his latter years!

In addition to this we have seen his natural long hair being used in movies such as John Wick!

All John Wick movies to date have featured Keanu Reeves in long hair and if that theme continues to be followed we will see the actor keep his hair long in his personal life.

Through Keanu’s career he has worn his hair loose and not over styled which can be seen in his medium length cut. 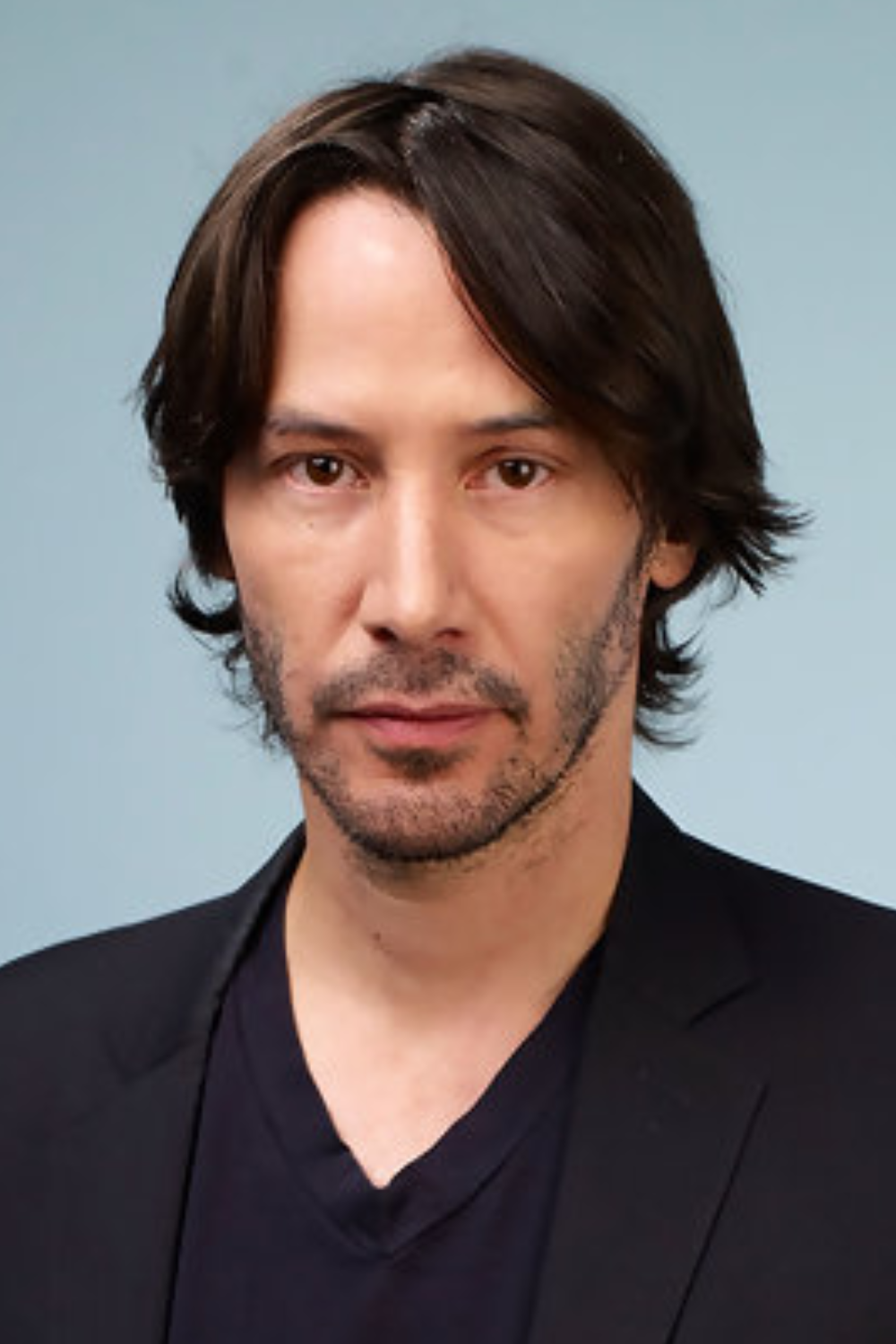 The style was often worn in support of movie roles which inadvertently makes him appear younger, it would be hard to guess his age which goes to show the power of this hairstyle.

Google how old he is and you’ll see for yourself.

With the Matrix being the biggest movie of its time in which he starred as Neo the masses will always remember the character in his short cut hair. 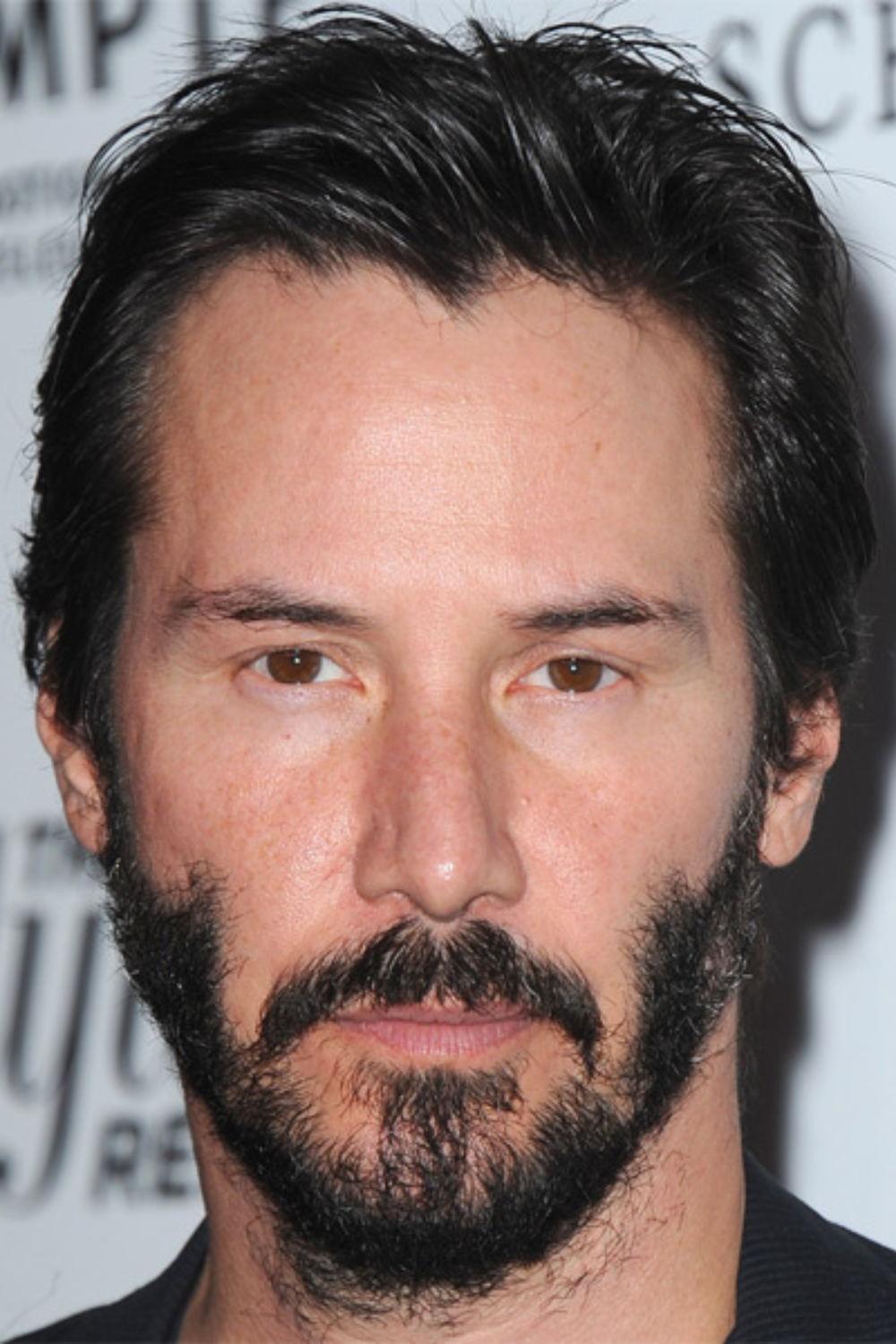 In the movie Keanu sports a short jet black quiff and this haircut has been one of the most recognisable looks so much so if he were to cut his hair to that level again he would automatically look like his character.

Since Keanu keeps his hair and grooming routine simple were not surprised were having to feature his messy hairstyle. 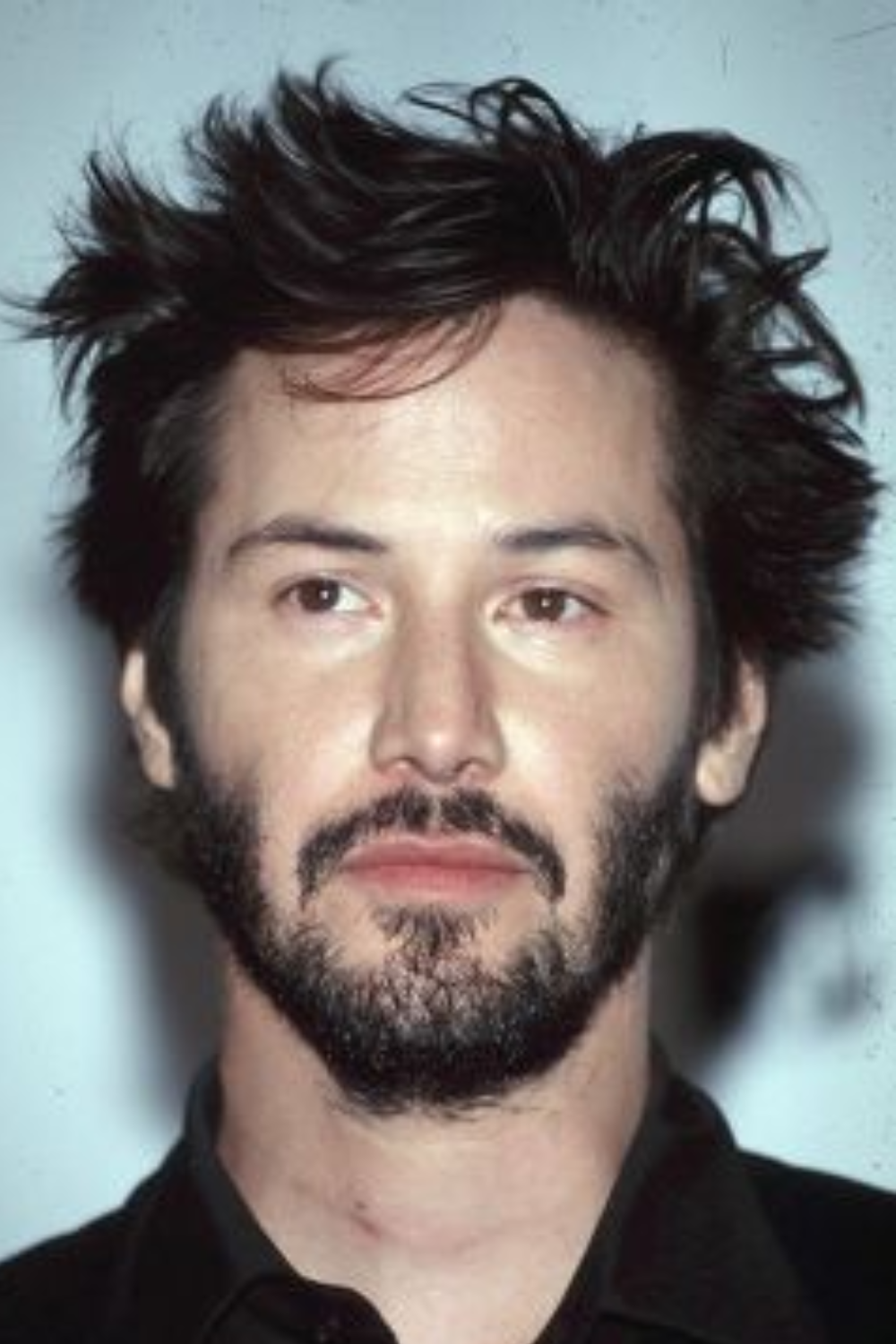 This hairstyle is often used to subtly communicate being relaxed and easy-going which he is both.

Women have also reported men with this hairstyle as very attractive further communicating their laid back nature. So not only do you have the excuse to take inspiration from Keanu but your able to get the female approval. It’s a win-win.

When your personal brand and image revolves around having long hair only to be cut for a movie role your almost guaranteed to have the world talking which was the case in 1993 when Keanu changed his look in support of the role in Speed. 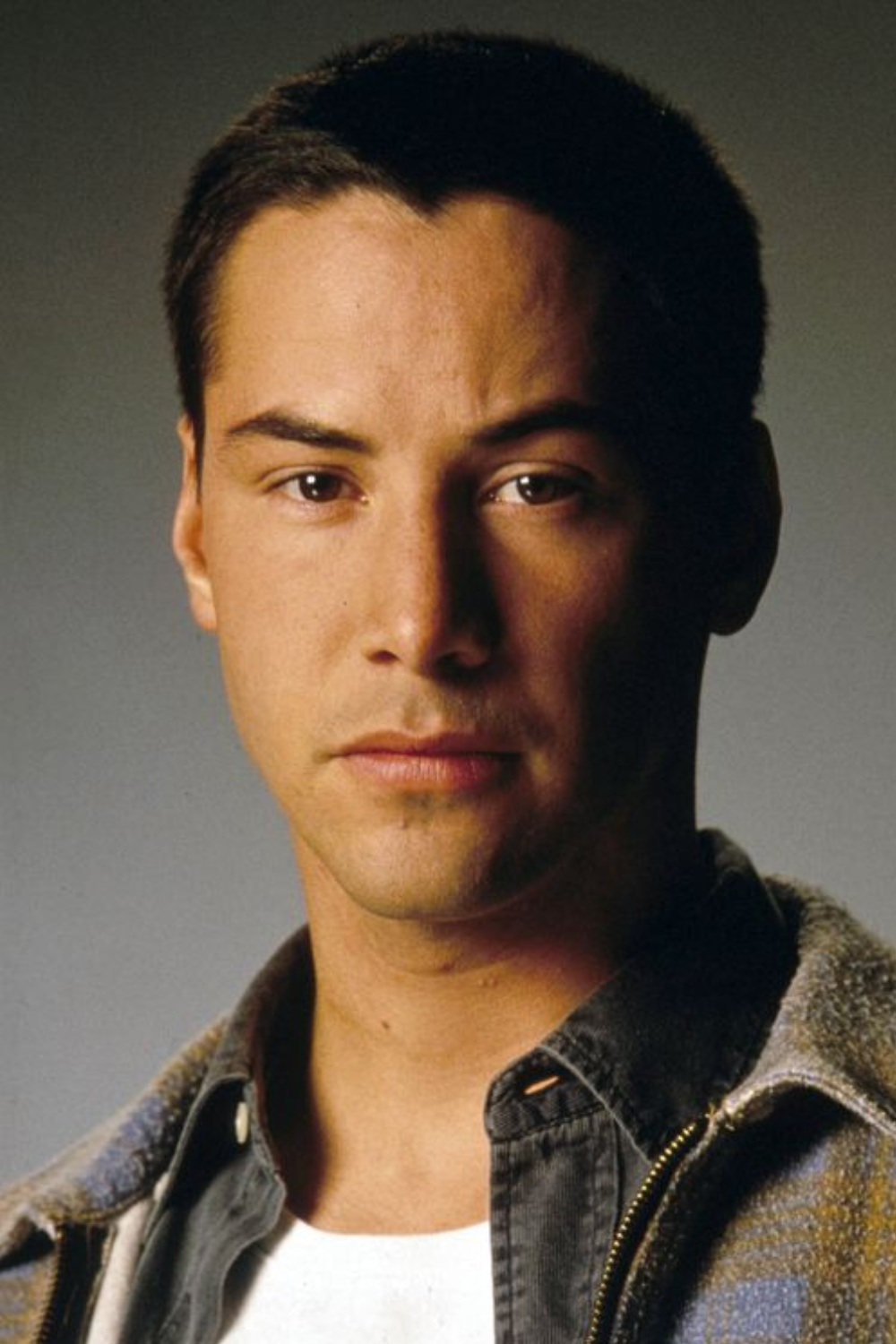 Were under the impression that the producers and directors wanted to give the actor more of a masculine look and feel hence the decision for the short cut.

We won’t give the movie away if you haven’t watched it however we will say his short back and sides most definitely fit the character persona.

Messy spikes will always be a hairstyle in which men use to stand out, the quiff, crew cut, medium cut hairstyles are classics and wont ever go out of fashion however every now and then you need to go against the grain. 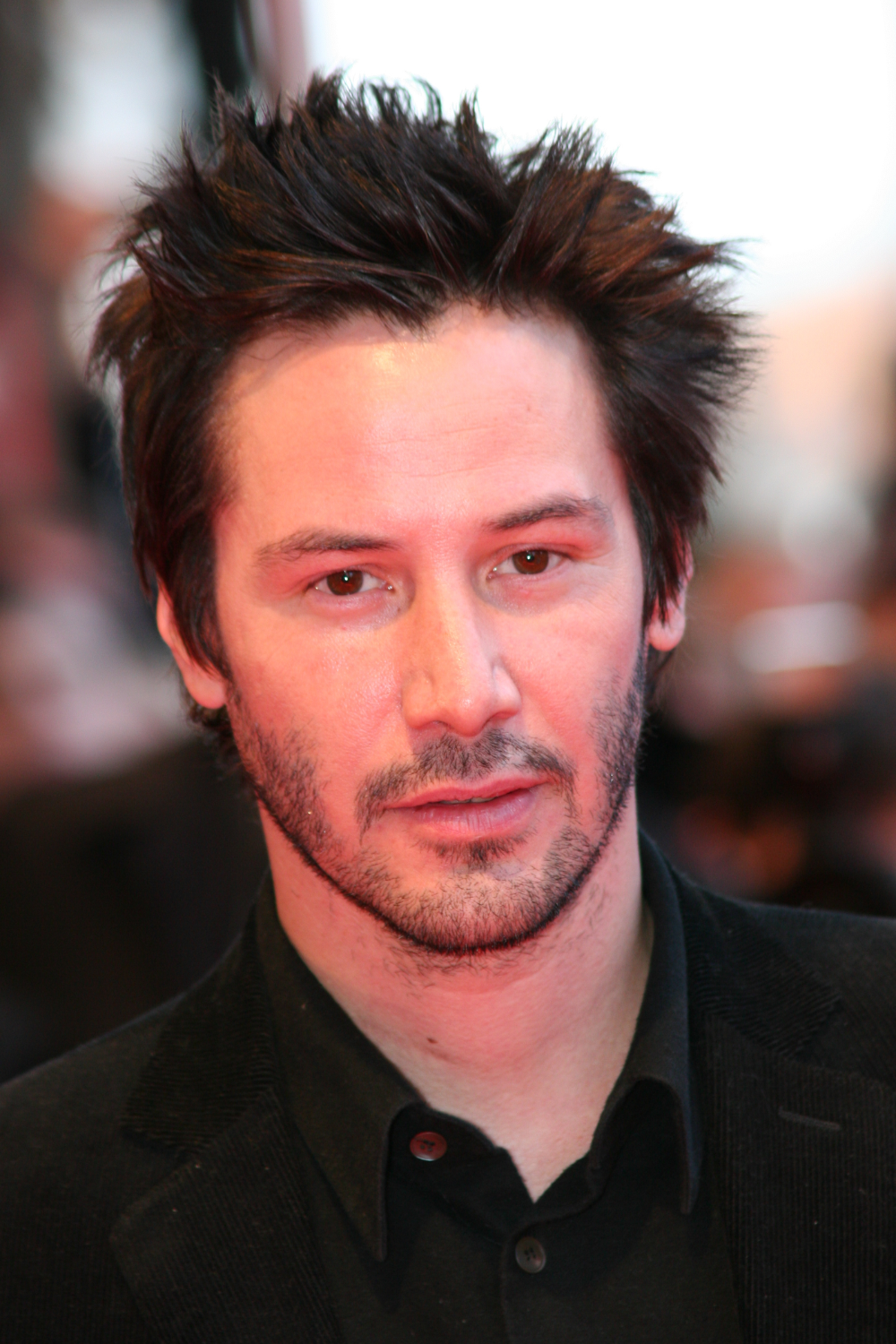 Spikey hair like Keanu’s above can be achieved using certain gels and waxes!

For a hairstyle that gained most of its popularity in the 90s we have to say its still going strong thanks to the likes of Keanu and others!

Half Up Half Down Hair

Keanu Reeves was a sword-wielding Samurai fending off epic foes in the 47 Ronin so it was only right to have his hair half up and down is support of his character. 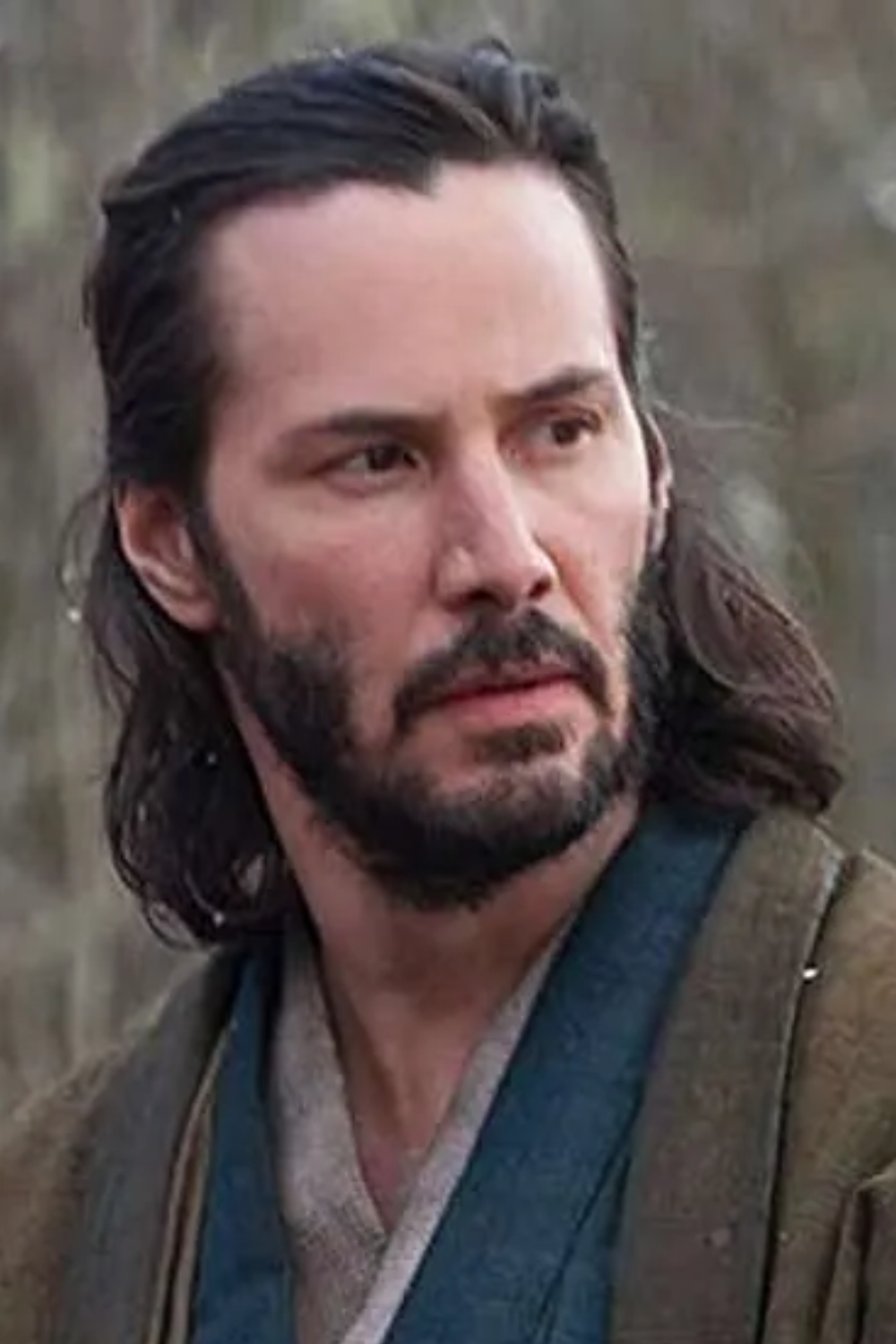 Not just any hairstyle would work for the role which is why this ponytail was chosen as it was able to highlight his masculine features whilst being practical during his fighting scenes.

The half ponytail look is a great option for those with shorter hair at the beginning as times progress you will have the option to style it both ways.

How to get Keanu Reeves Hair

Everyman should go through a long hair phase to really show variety in their style. Everybody from David Beckham to Brad Pitt has done it so were waiting for you to jump on board.

Key Take Away: Have a Signature Look

Yes Keanu has styled his hair in multiple ways, partly due to being experimental as well as being able to fulfil his role as an actor however he seemed to have found his signature look with long hair. Here’s what you need to do

These tips can be applied should have you own your way to finding a signature look. How do you know what’s best for you if you don’t try multiple options right!