His influence in Hollywood translates over to men choosing to style their hair in similar ways which is why Johnny Depp Hair is not just for the big screen but equally valued at the barber shop.

Collectively his films have grossed over $1 billion, won multiple awards and he is recognised as one of the best in Hollywood which would explain the interest in his personal grooming life.

Whether it be his spiral locks as Captain Jack Sparrow or his short, slicked back hair as Donny Brasco we have featured the best Johnny Depp Hair moments throughout his career.

Whilst we have seen multiple Johnny Depp hairstyles throughout his career he continuously can be seen in his long hair. 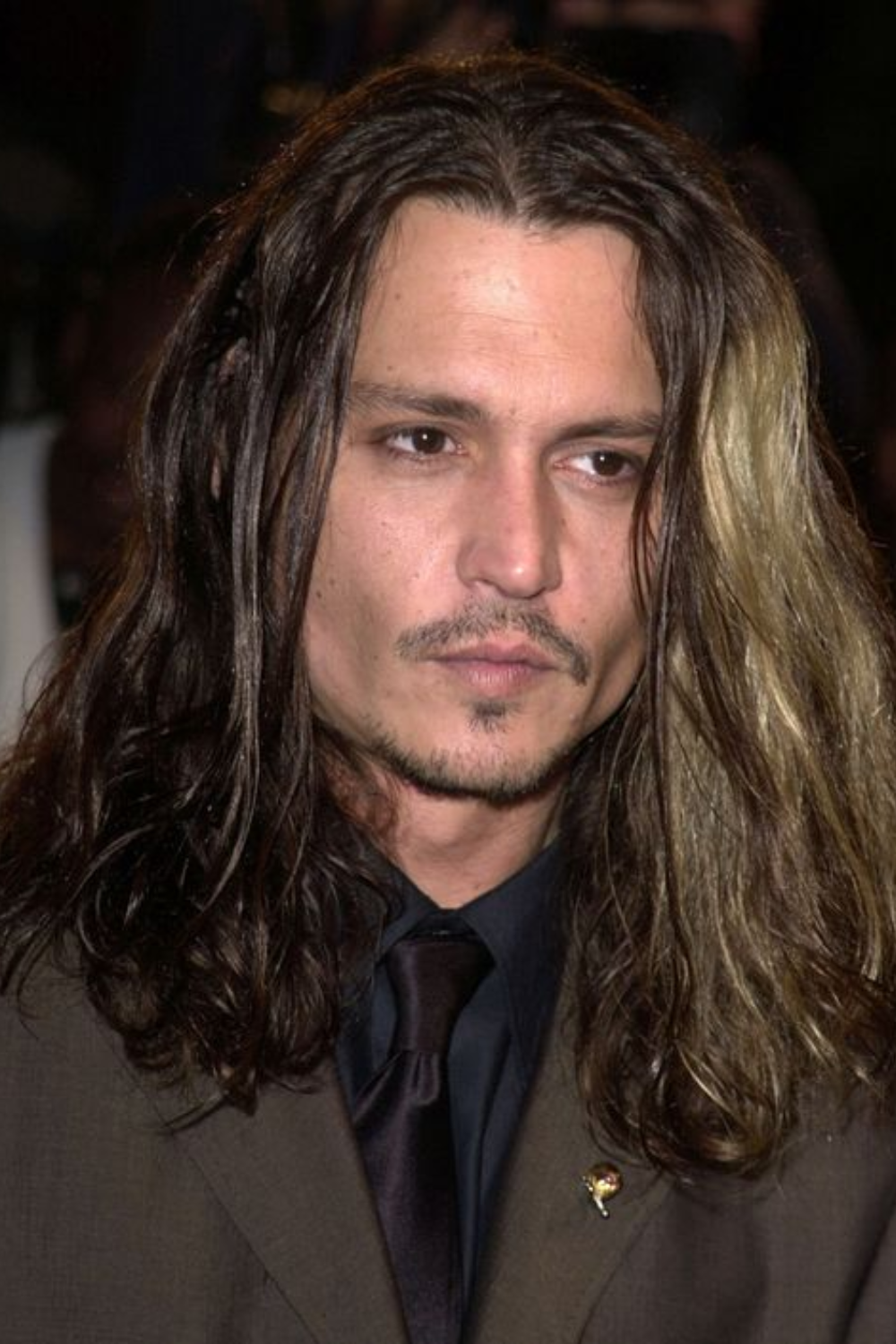 This has been the case since the 90s with the growth of grunge culture overtaking the clean shaven look. With certain roles requiring him different looks such as Donnie Brasco, we have often seen him regrow his hair back!

At this point we can comfortably say his long hair is his signature look as proven by the consistency of this style.

In addition to this some of his most notable roles features the actor in his long hair such as blow, Chocolat, What’s Eating Gilbert Grape, and sleepy.

One of the benefits of his long hair has been the ability to style it in different ways with the most common being his ponytail. 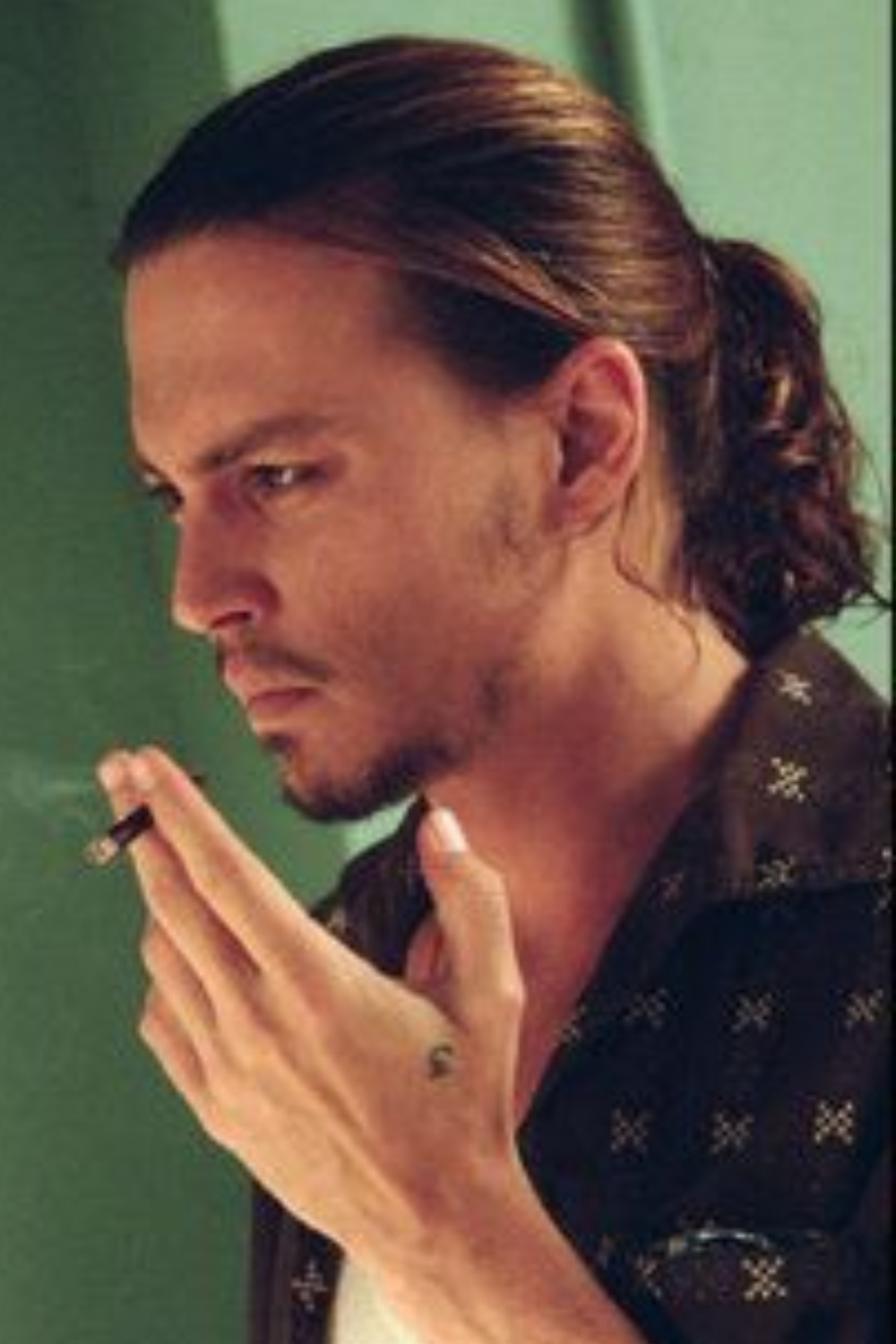 In the movie Chocolat we saw Johnny pull of one of the best Ponytails which was slicked down.

Outside of his movie roles we have seen him place his hair this way during photoshoots, at award shows or in his day to day life.

Not only does it look great but also offers practical benefits and if your someone wanting to try it we advise you start growing your hair out immediately, you wont regret it.

Multiple variations can be seen of the actor in long hair, however on occasion he has his hair trimmed which results in hair being above his shoulders. 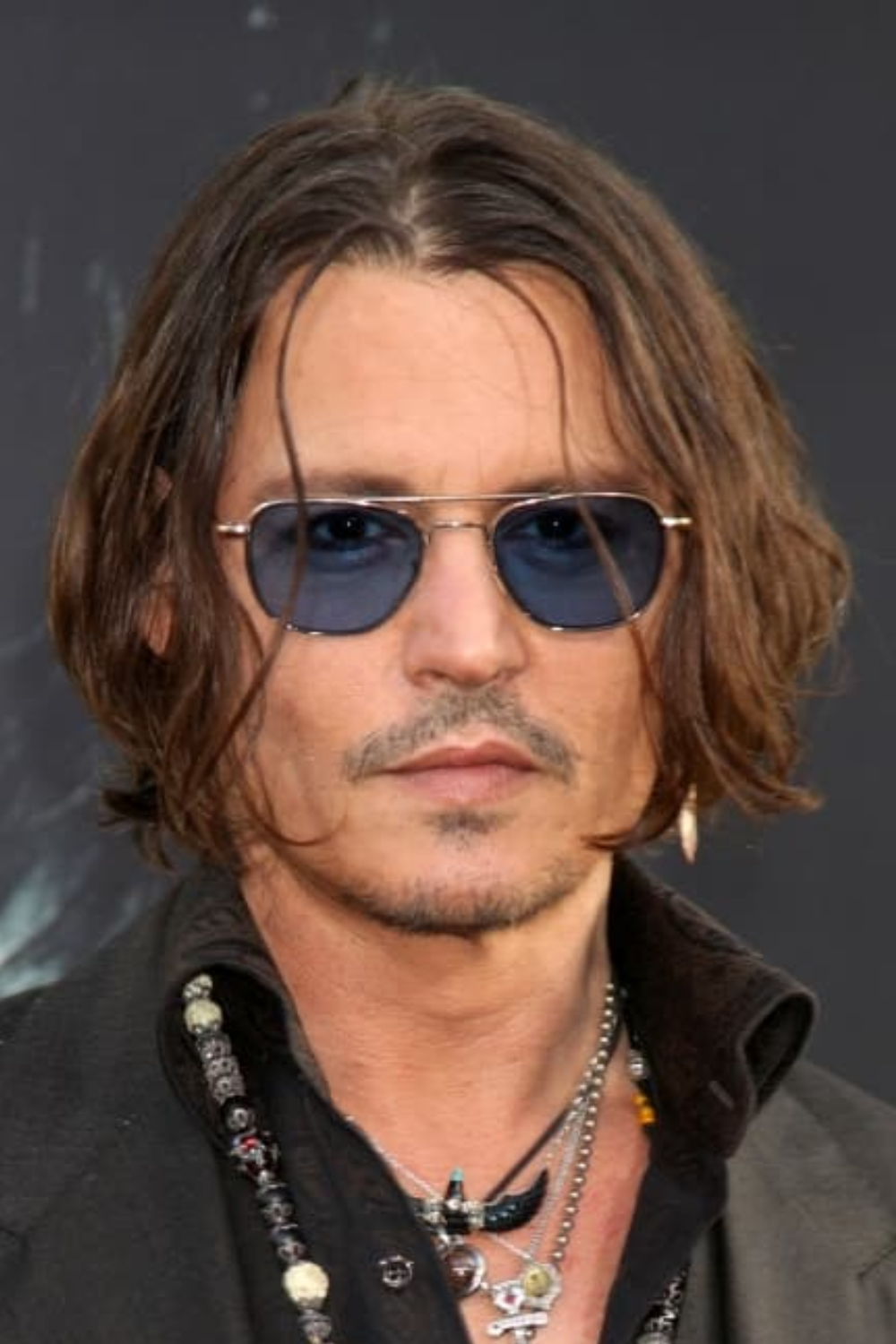 This ultimately creates a different look as well as being used in different movie roles.

This is a great option for men with thick straight or wavy hair who want to try medium-length layered hairstyle. If gives you the ability to have an idea of what your hair will look like longer.

The great thing about the messy hairstyle is the ability to communicate your free nature and laidback approach which Johnny can be seen doing. 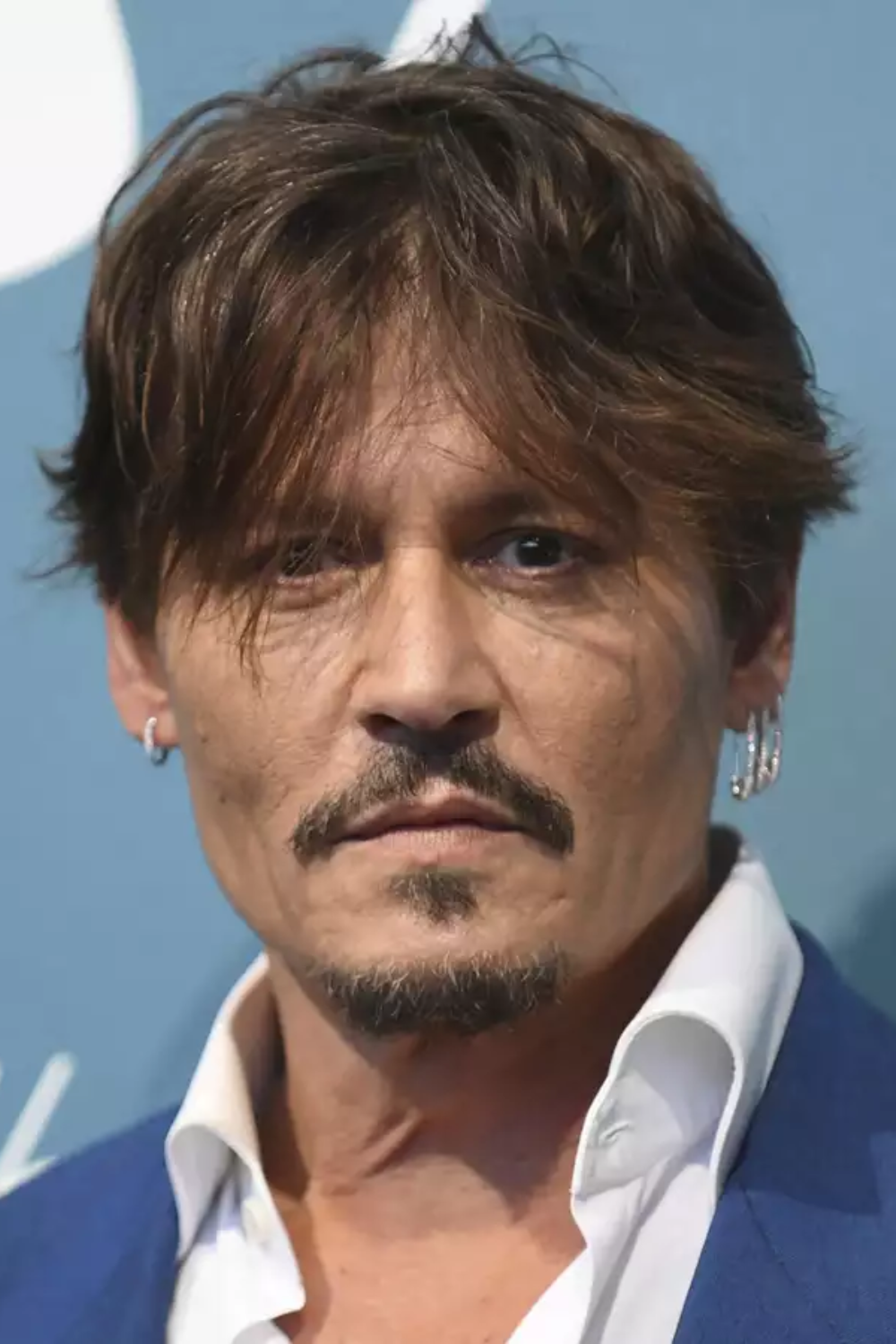 We must admit it may be best to pull this off socially and maybe not at work.

If you’re going to take inspiration from this hairstyle ensure you do it in your own way, add your personal style to it, whether that be with certain products, tapered sides or blended facial hair, the opportunity to get creative is endless.

His shaved sides has been featured on several hairstyles such as his messy quiff, pompadour and comb over. 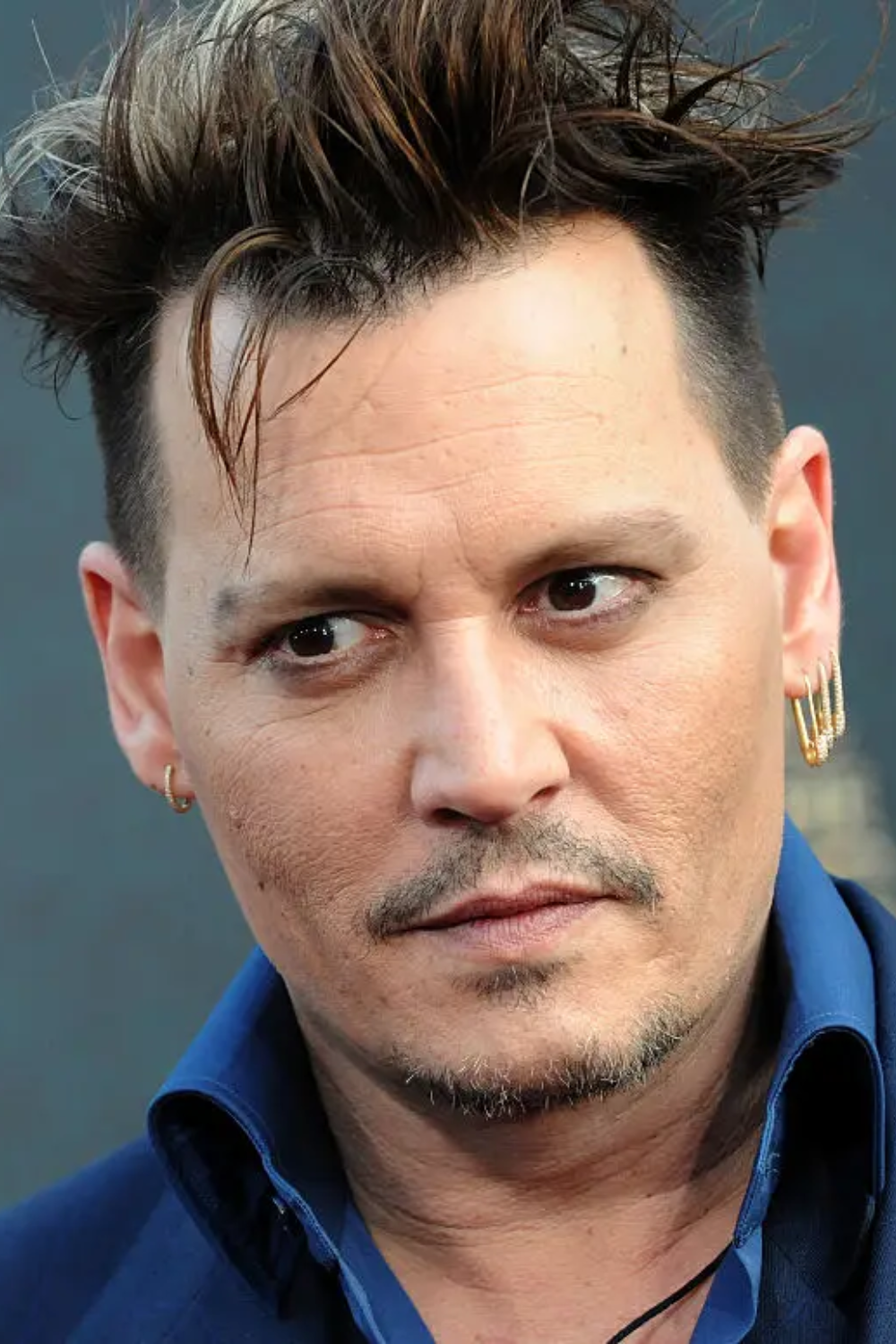 Whilst its rare to often see him with his shaved sides since his usually growing out his hair it makes it that much more noticeable when he does do this.

Much of this style’s popularity is due to its clean, defined, smart and low-maintenance look. Whilst he was often growing his locks longer in the 90s we began to see more gentleman styles in his older years.

Curtains haircut is a 90s hairstyle for men that was popularized by the punk rock and heavy metal subcultures in the early 1990s which Johnny can be seen involved in during his earlier days. 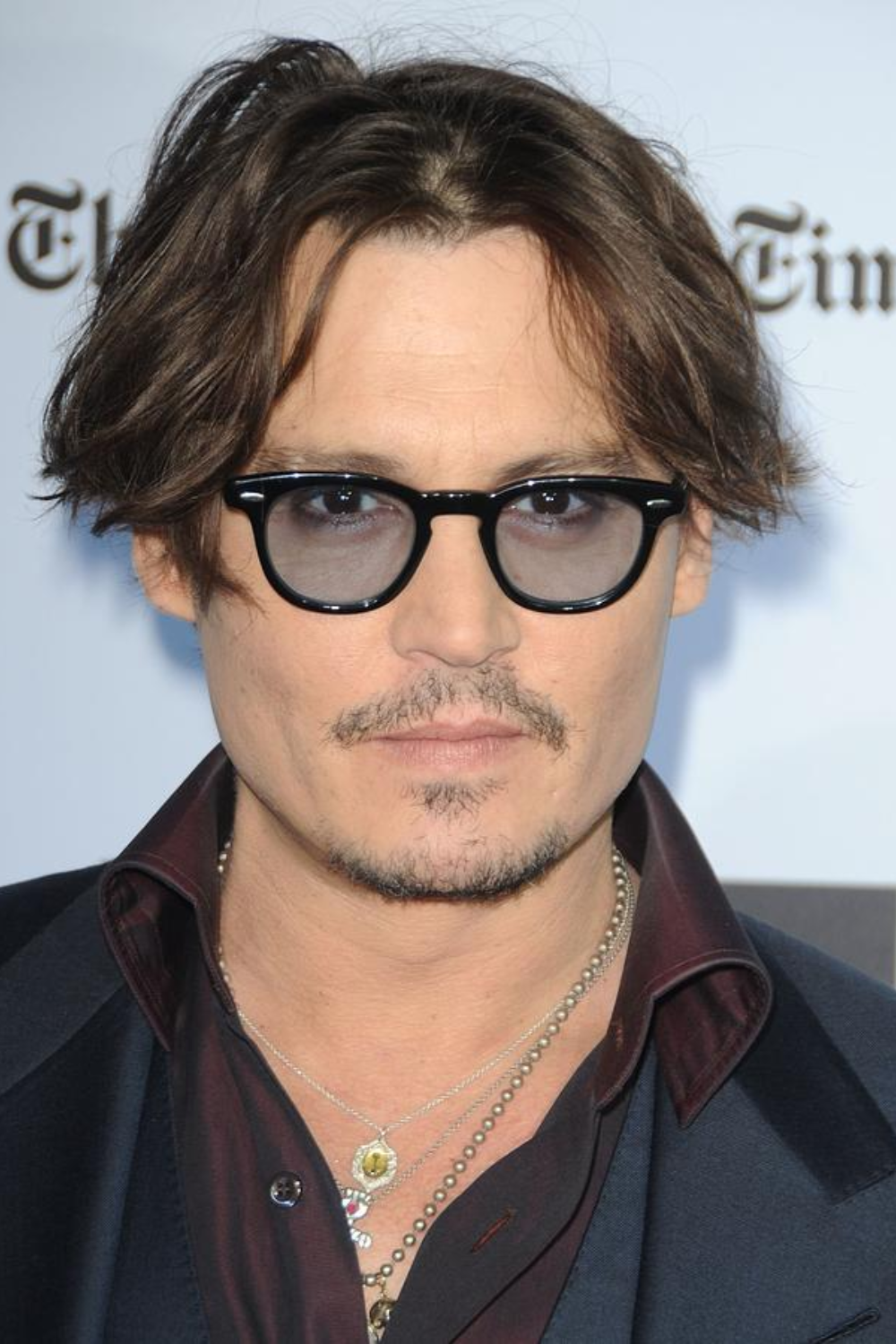 Simply put the Curtain Haircut is basically a Mohawk, but with longer hair on the sides and back that is styled into “curtains with the finish being a subtle middle parting.

Sleek, polished, and understated are a few reasons why men are continuously drawn to the hairstyle. 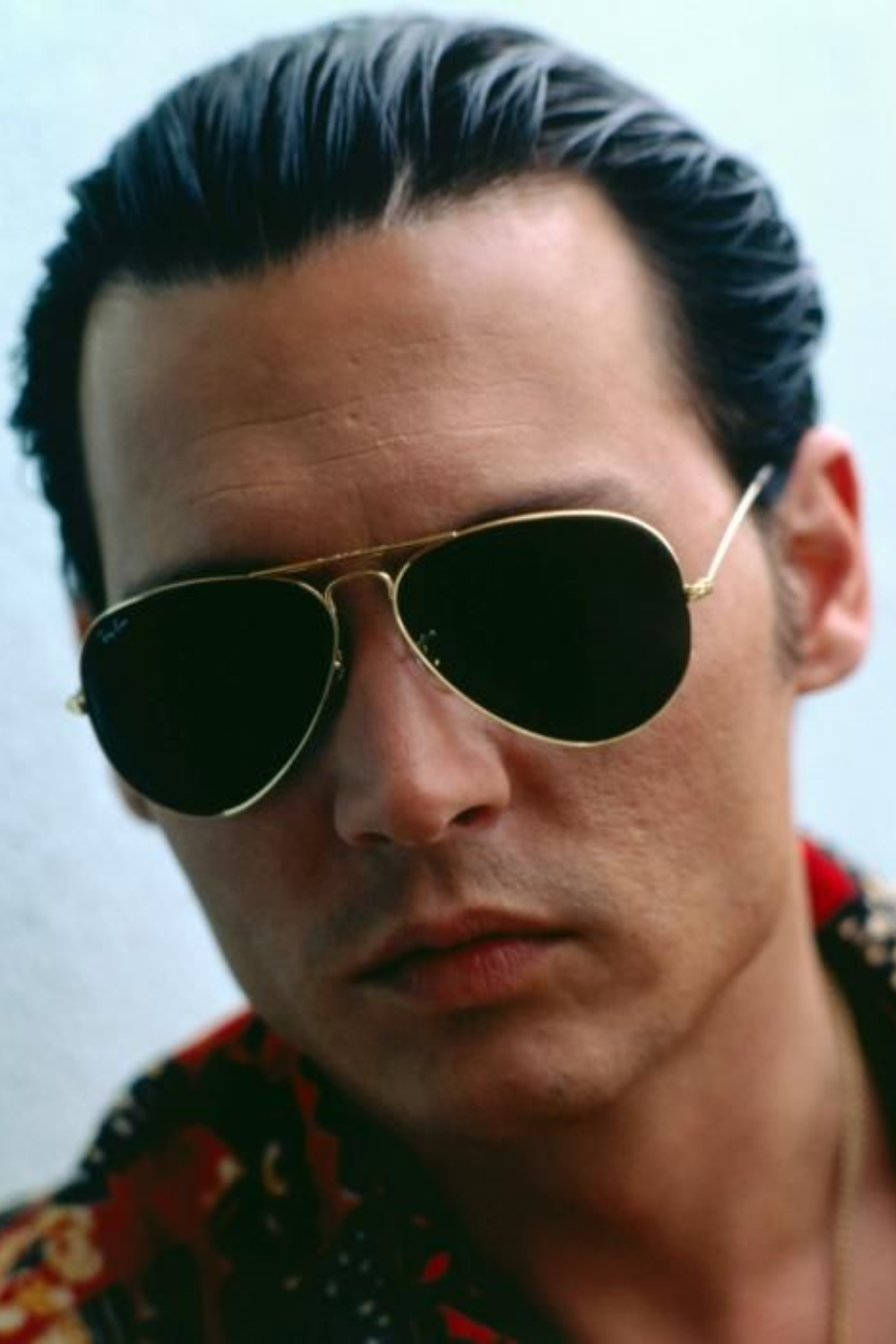 The put-together vibe is often seen on men in business, formal settings and in gangsters/crime movies such as Donnie Brasco.

The style can be achieved by using gel, pomade, or wax to slick the hair back away from the face, not to mention this adds to the male sex appeal 😉 Thank us later.

Key Take Away: Have a Signature Look

Yes Johnny Depp has styled his hair in multiple ways, partly due to being experimental as well as being able to fulfil his role as an actor in movies such as Charlie and the Chocolate Factory or cry baby. However he seemed to have found his signature look with long hair. Here’s what you need to do