Voted 2021s worlds sexiest man along with massive success in Hollywood for his role in supernatural would explain why the Jensen Ackles Haircut has gained popularity throughout the years.

Supernatural having 15 seasons under its belt being one of the longest-running primetime TV series ever gave us an opportunity to see Jensen’s hair styled in multiple ways which we loved, I mean clearly if were writing about it!

Jensens portrayal of Dean Winchester featured the actors hair in multiple variations of the spikes hairstyle. Sometimes the spikes were subtle, combed to the side or obvious which featured faded sides. 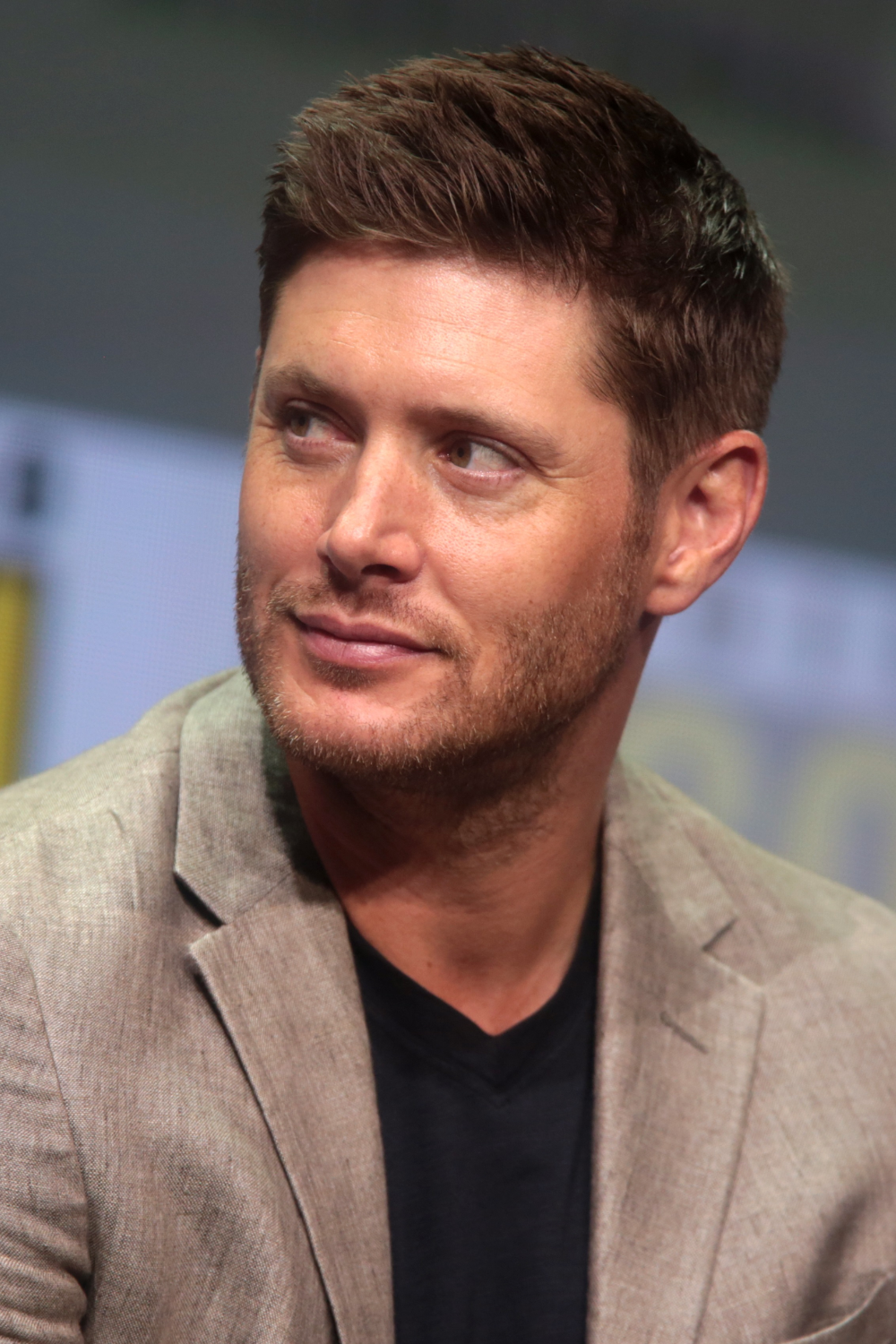 The purpose of the consistent hairstyle created a familiarity with the audience which subconsciously creates more of an understanding.

The TV show writers didn’t create his character to showcase multiple hairstyles therefore this became a signature look and one we have gotten used to both on and off camera.

Slicked to the Side with Fade

Dapper, Classic, and detailed! I mean what other words can be used to describe this look! 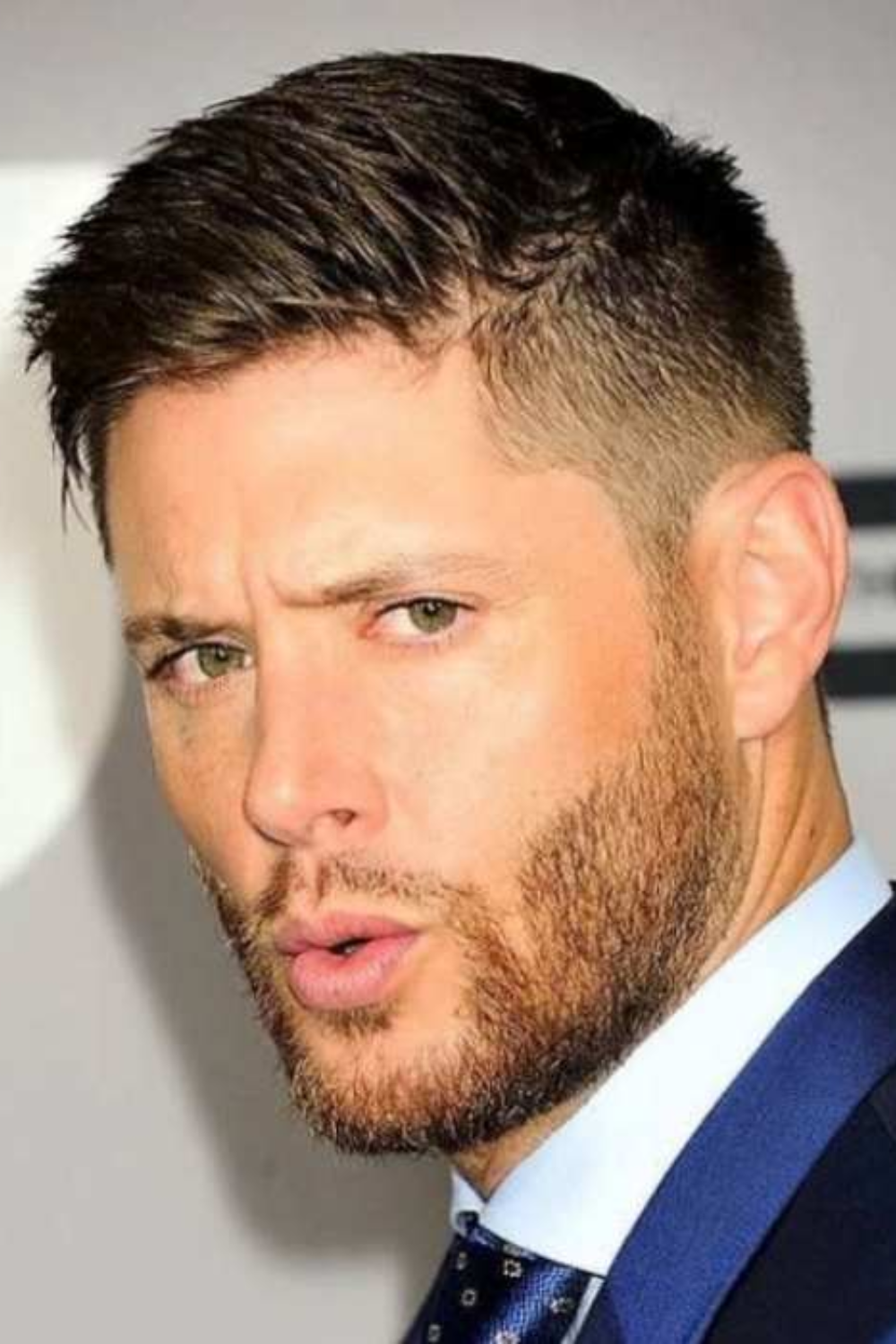 The slicked back Jensen Ackles Haircut was normally seen during any promotion of the show or during important Hollywood events.

Having checked out the images the natural follow up question you may be wondering is How to Slick Your Hair Back for similar results.

Rather than quickly explain and not do it justice click the orange text above, it’s a hyperlink and you will be given all the instructions in detail, thank us later!

Grown Out Hair with Beard

During the filming for the amazon prime series “The Boys” Jensen revealed his long hair via Instagram which is the longest we have seen it to date. In addition to this his beard was also fully grown out to support the portrayal of his character. 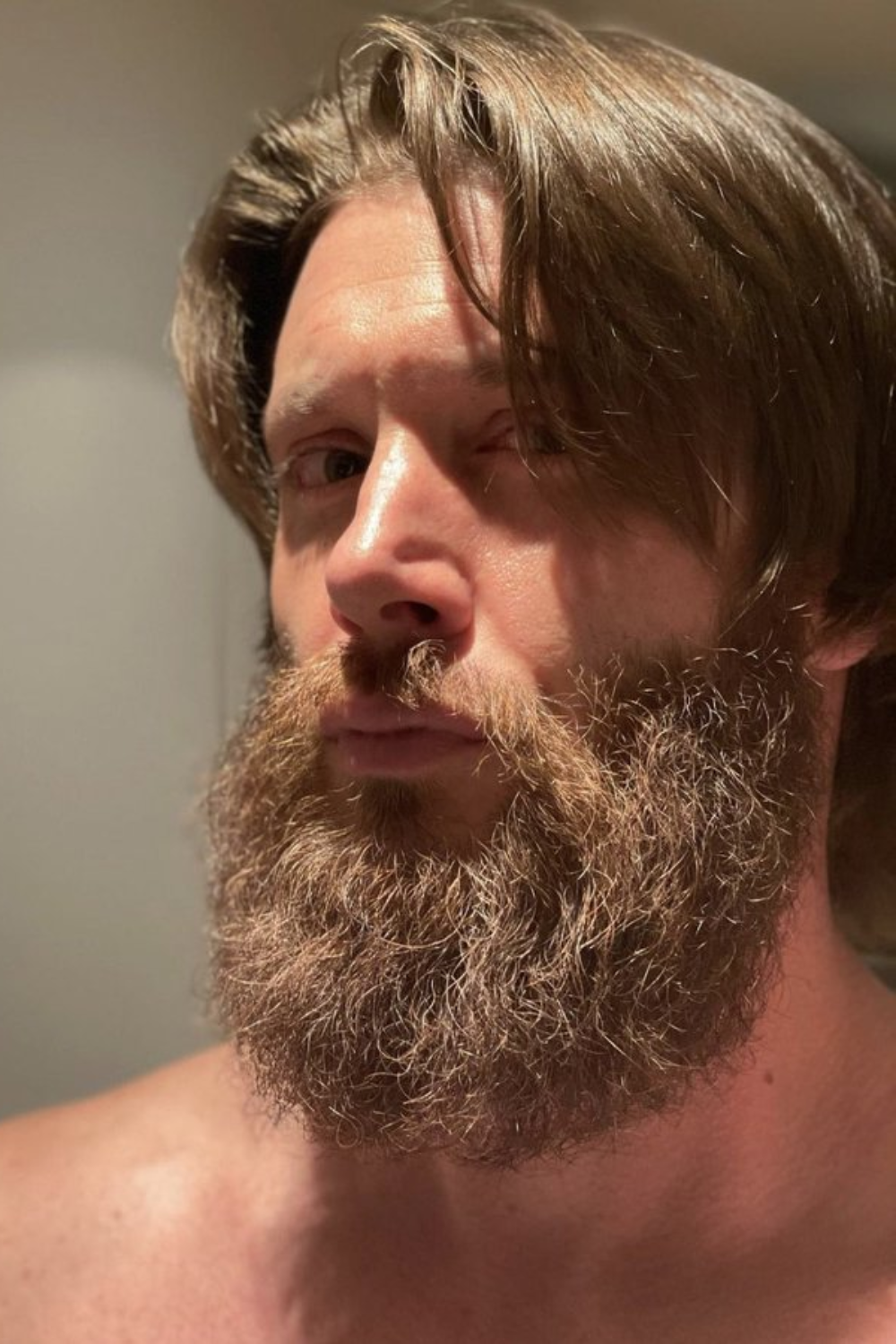 While the original images featuring Ackles sporting a trim, neat beard, during the show were from 2020 the former Supernatural star revealed his facial hair much bushier which we believed will also see some airtime, because how couldn’t you feature that great beard!

The modern man can’t go wrong with a quiff which is why its lasted for decades and continues to be a favourite. 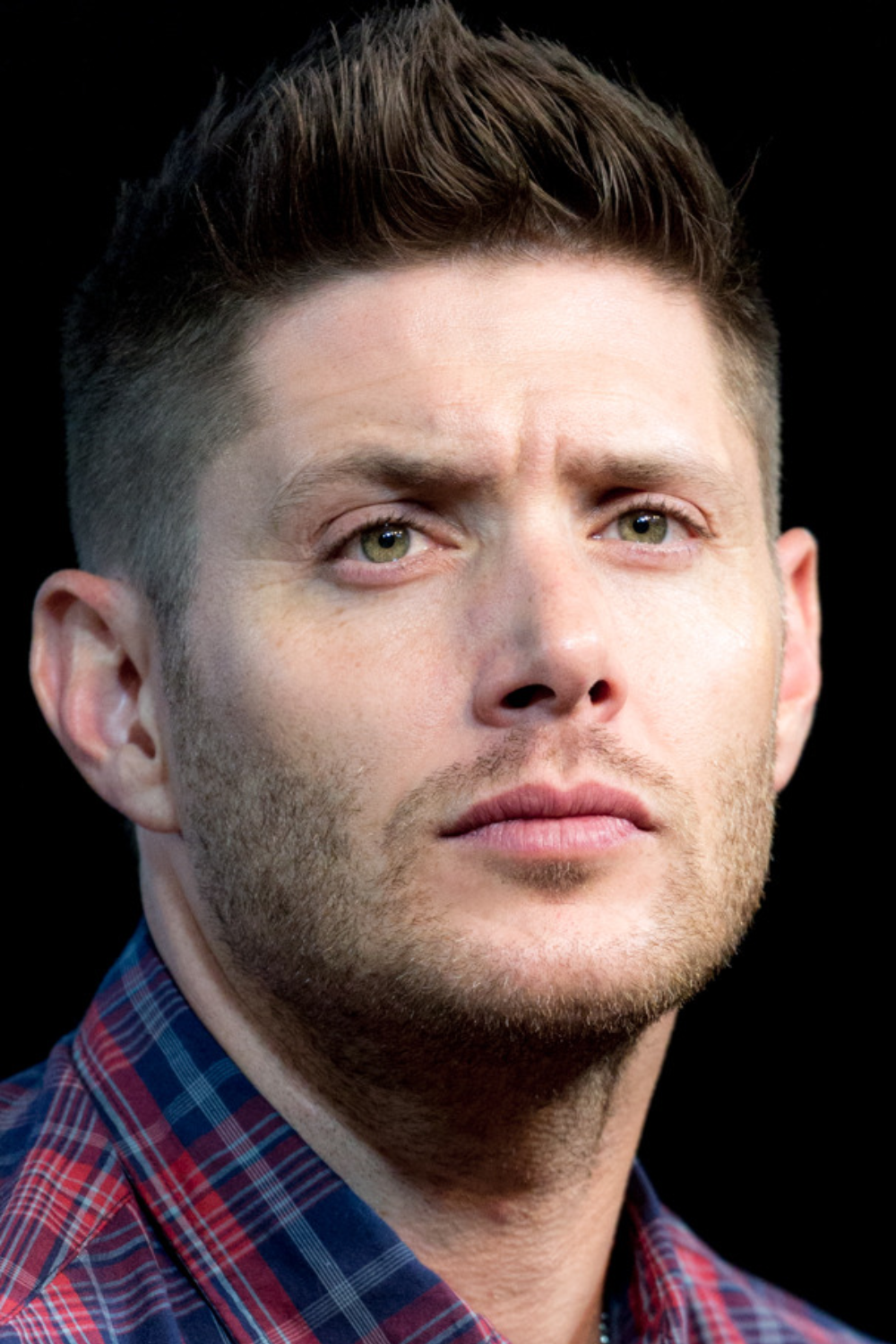 When he’s not running around on set, doing promo runs or making any other public appearances we can see Jensen in his quiff hairstyle which is subtlety worn along with faded sides for a complimentary finish.

The beauty of a quiff is its versatility, can be worn for work and socially plus it looks great during any high level activity. A Tapered fade quiff is also a great hairstyle if you have straight hair like Jensen.

Jensen Ackles Haircut in a Mohawk

Probably one of the best haircuts to make a statement without being too loud, the mohawk! We have seen Jensen hair styled in many ways but we must say his mohawk is rare which makes it even much more valuable. It’s not every day we get to see this style on him! 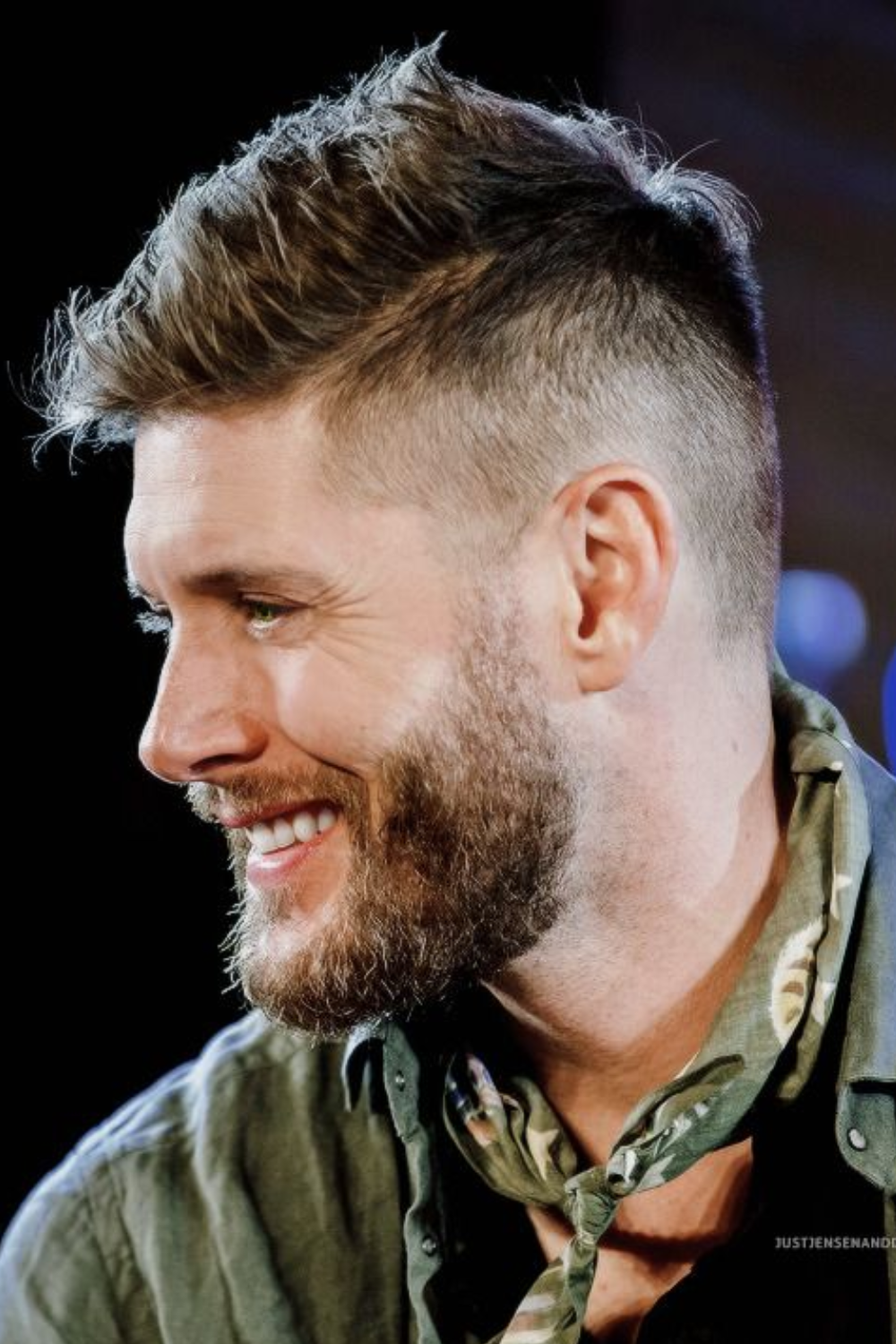 The key to perfecting your mohawk is to ensure that you have a neat grade-one buzz all the way round the back and sides of your head and then hair in the centre. Hair can be messy, spiked, twisted or coloured, that’s up to you!

P.S – When we googled Jensen Ackles Mohawk we were taken down memory lane as results showed his multi coloured mohawk that he wore in the Ten Inch Hero independent romantic comedy film but were not talking about this were talking about his manly mohawk, laugh my ass off aha!

We wonder what he’d say about those images today!