Crips being one of the largest gangs began to spread across LA during the early 1980s with the crack cocaine epidemic primarily effecting black neighbourhoods. The Gang culture within Hip Hop would go on to create the sub-genre gangster rap with Crip rappers from these neighbourhoods using the music to reflect life in LA.

Crip rappers are often identified by the use of blue bandanas, hand signs, Crip walking and internal gang culture dialogue. 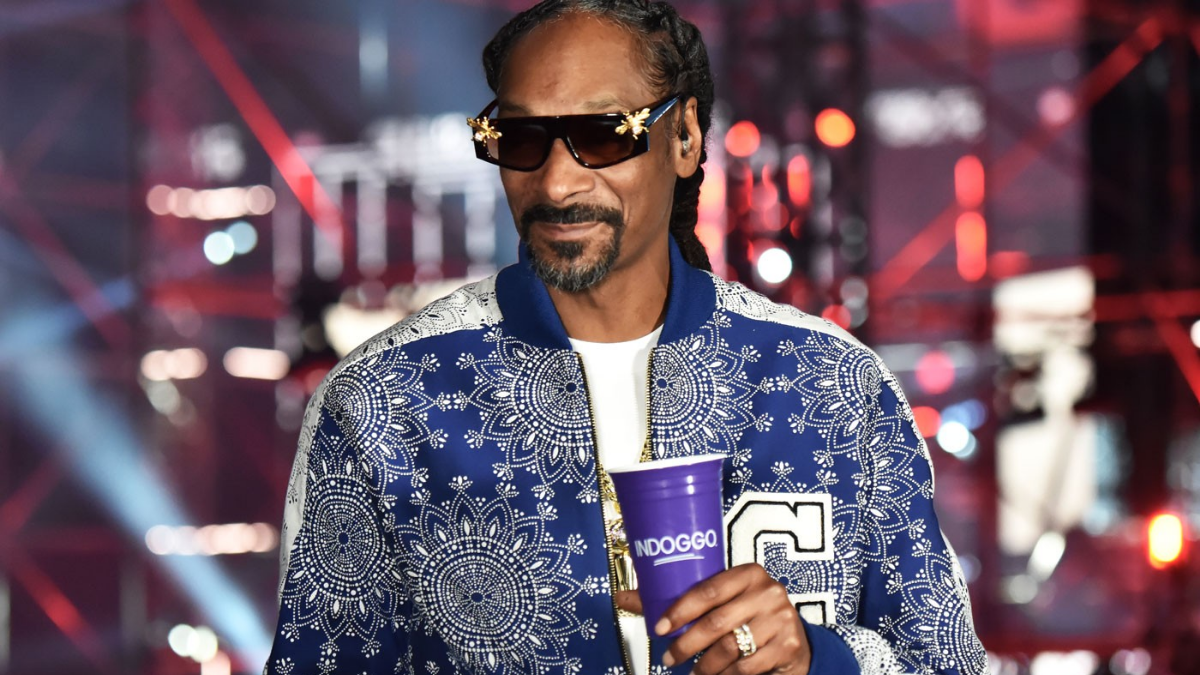 When it comes to Crip Rappers Snoop Dog takes the 1st position for being the most recognisable and the most popular of this list.

Growing up in Long Beach California predominately a Crip neighbourhood Snoop Dog would be surrounded by rolling 20 Crips from a young age & being a product of his environment resulted in the artist getting involved in LA Gang Culture.

Throughout his Hip Hop Career he has rapped about the Crips and worn full blue bandana outfits on stage to further demonstrate his Crip affiliation. One of the most notable lines from Snoop Dog comes from his song Drop it like it’s Hot in which he raps

“Da Big Boss Dogg, yeah I had to do that,

I keep a blue flag hanging out my backside

But only on the left side, yeah that’s the Crip side”

It should be highlighted that though Snoop is still a Crip he uses his wisdom and knowledge to enlighten the younger men from his neighbourhood the opportunity to better their lives and makes an effort to give back.

To quote snoop “I’m enlightening homies and showing them how to get it a different way. That’s what real big homies do. I refuse to put a pistol or a sack in my little homies’ hand” 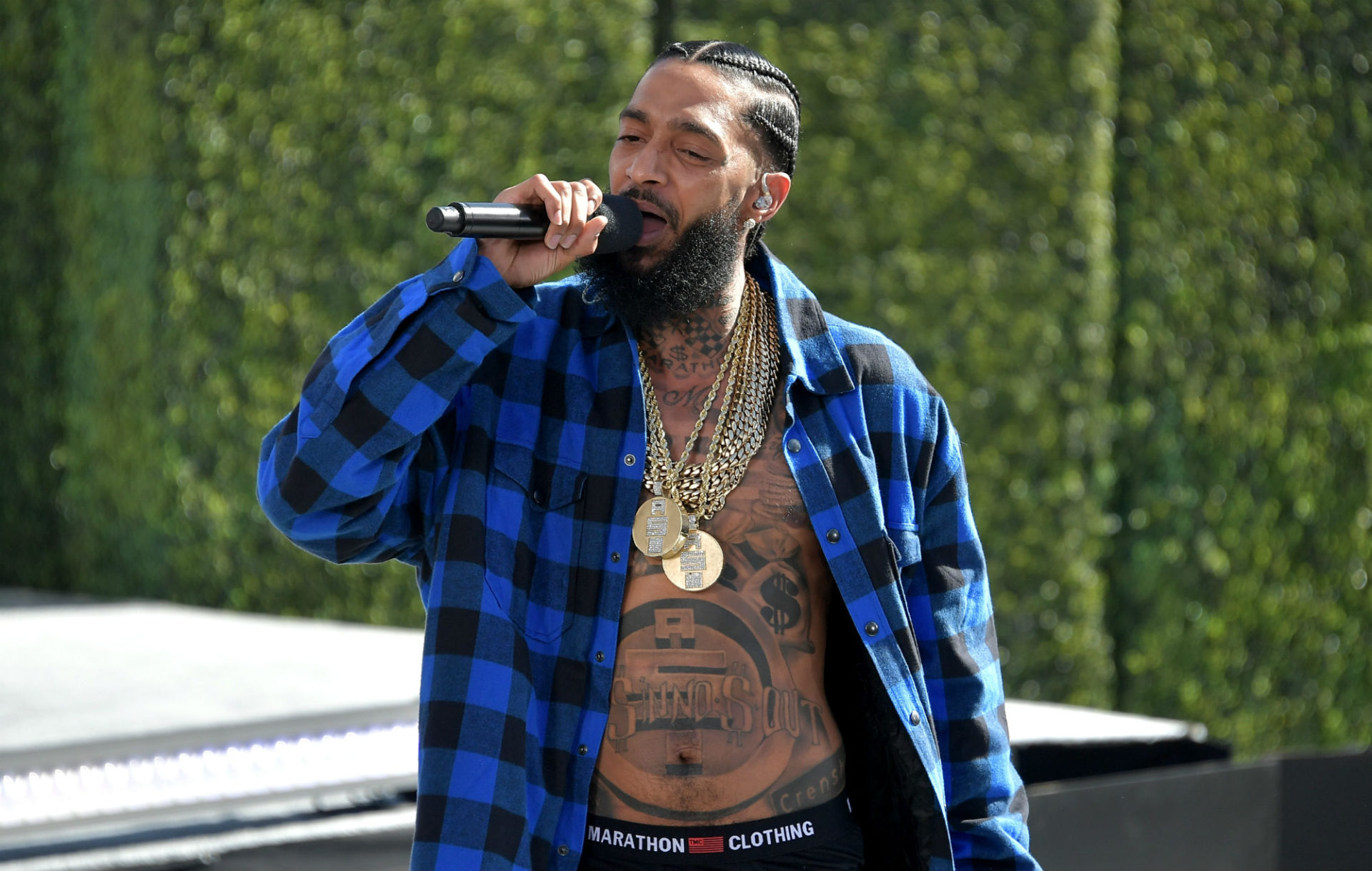 The late Nipsey Hussle also being a famous Crip from LA used his influence and music to showcase his ties to Crip Culture.

Membership is estimated to be around 1,600 people, making it one of the largest gangs in the Los Angeles area according to Wikipedia.

In an interview with DJ Vlad Nipsey states his decision to join was Crips was influenced by his environment but also the need to make some money to record music in the studio. 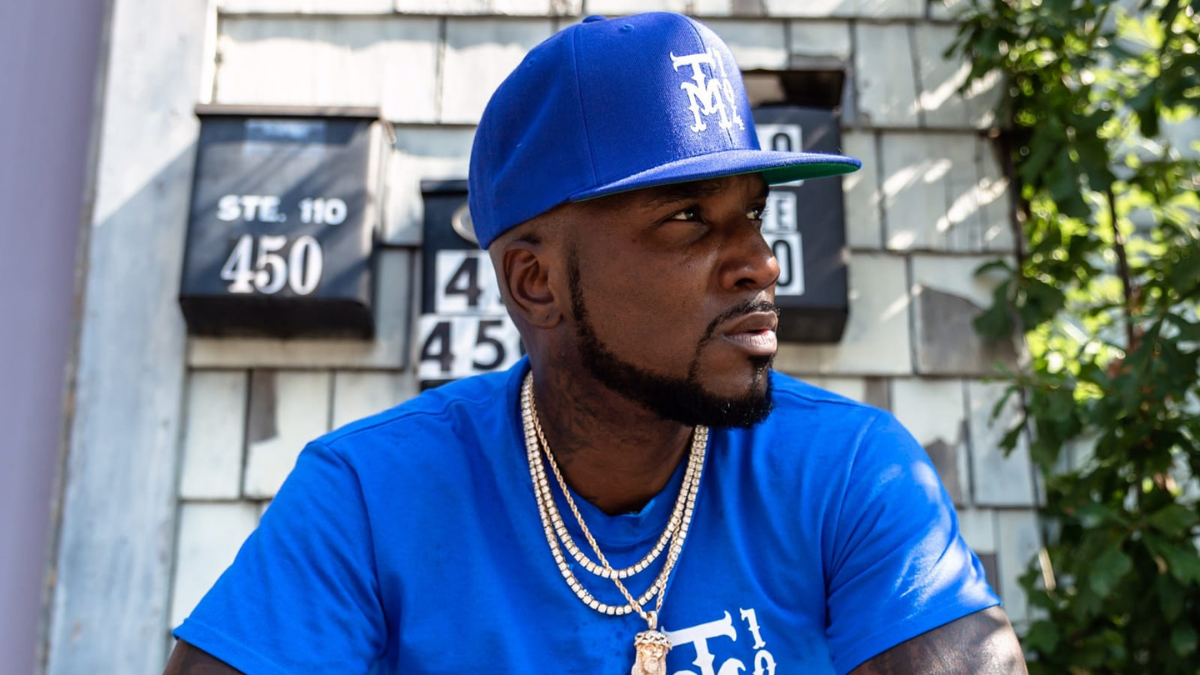 As we mentioned before the Crips being one of the largest gangs began to spread across LA and the United States. This would eventually reach places such as Atlanta Georgia where Jezzy is from. Growing up in Atlanta around the same time the Crips began to populate his neighbourhood would influence Jeezy to join.

Music visuals such as Hustle Hard by the artist perfectly demonstrate Crip Life in Atlanta. 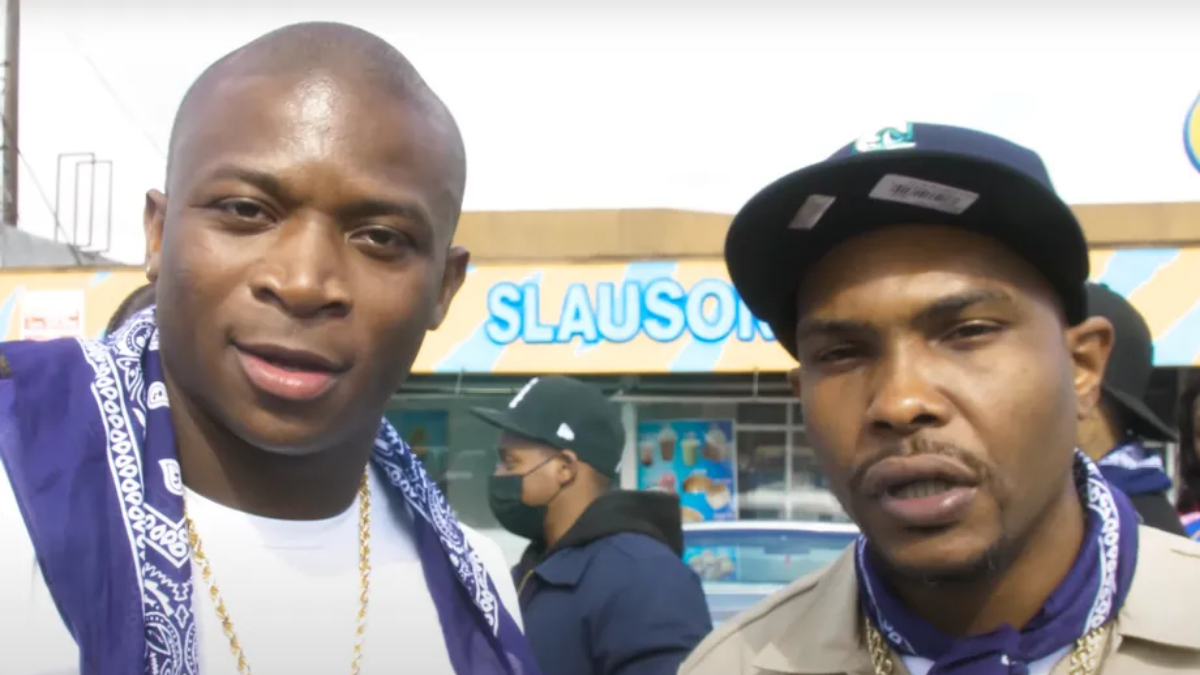 O.T. Genasis also being from Long Beach which is known as a Crip area grew up with friends as a Crip. While this history may not be known to most people O.T. Genasis has made a name for himself creating big HITS and making multiple viral Crip Walking videos in which people can identify his association to the gang. He has also featured on Snoop Dog’s song 3’s Company from his album Make America Crip again. 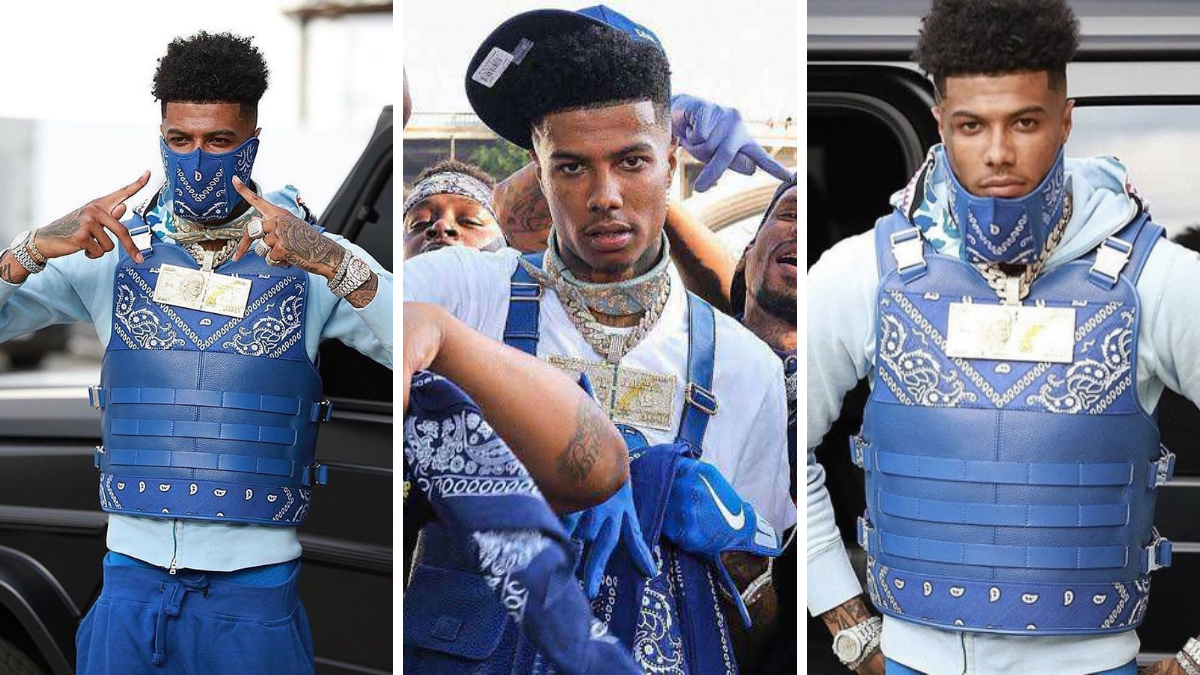 Blueface has made it evident since entering the rap game of his association to the Crips.

Make no mistake about it since the rappers debut he has done everything in his power to showcase his affiliation to the crip gang. 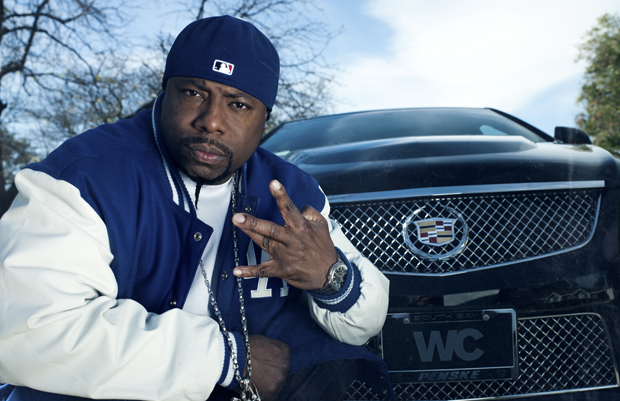 While WC was born in Houston he moved to South Central LA as a child growing up with Crips.

WC gained the majority of his notoriety and fame through his Crip walking and music. YouTube includes hundreds of videos uploaded by fans and gang members demonstrating their best c walk impression, however WC may have the majority vote for the best performance of this.

For example the iconic up in smoke tour video shows WC alongside his group members Westside connection performing the Crip Walk. These moments from WC is a constant reminder of his Crip involvement. 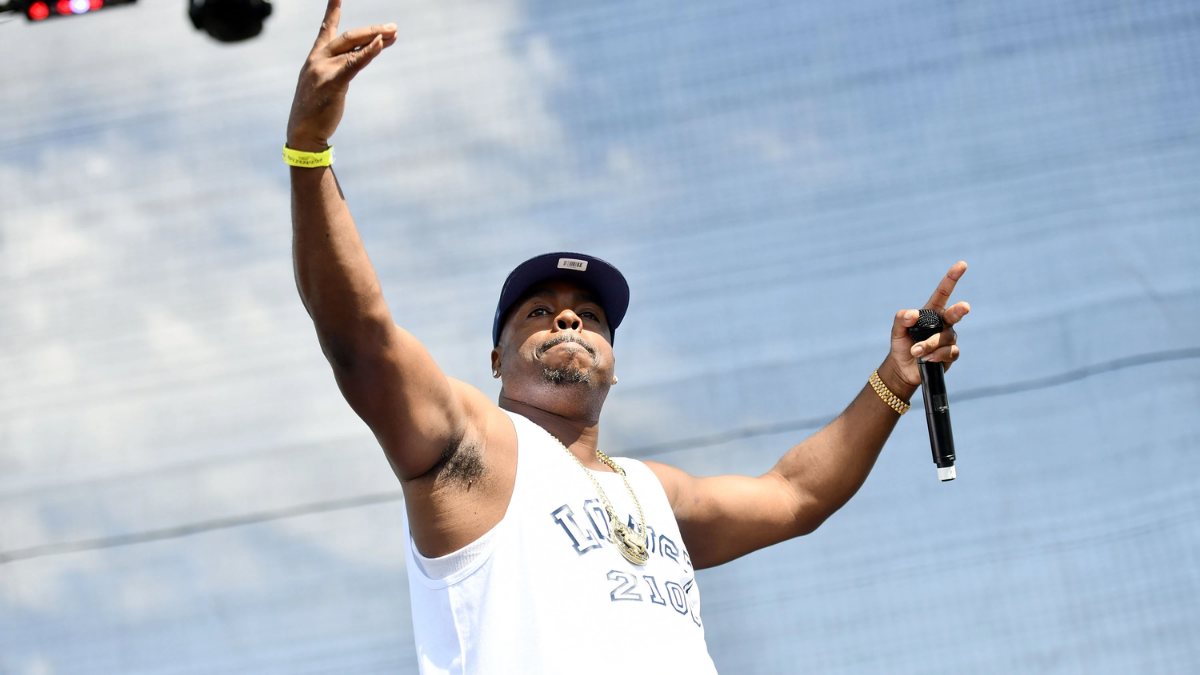 Daz Dillinger being a younger cousin of rapper Snoop Dog also grew up in Long Beach California in a Crip Neighbourhood.

In 2008 he released his 10th studio album Only On the Left Side with a single of the same title which refers to Crips wearing the blue bandana on the left side of their jeans. The visuals featuring blue flags, gang members and a sample from Snoop Dogs drop it like its hot.

Throughout his career he has made multiple references to the Crips further showcasing his affiliation. 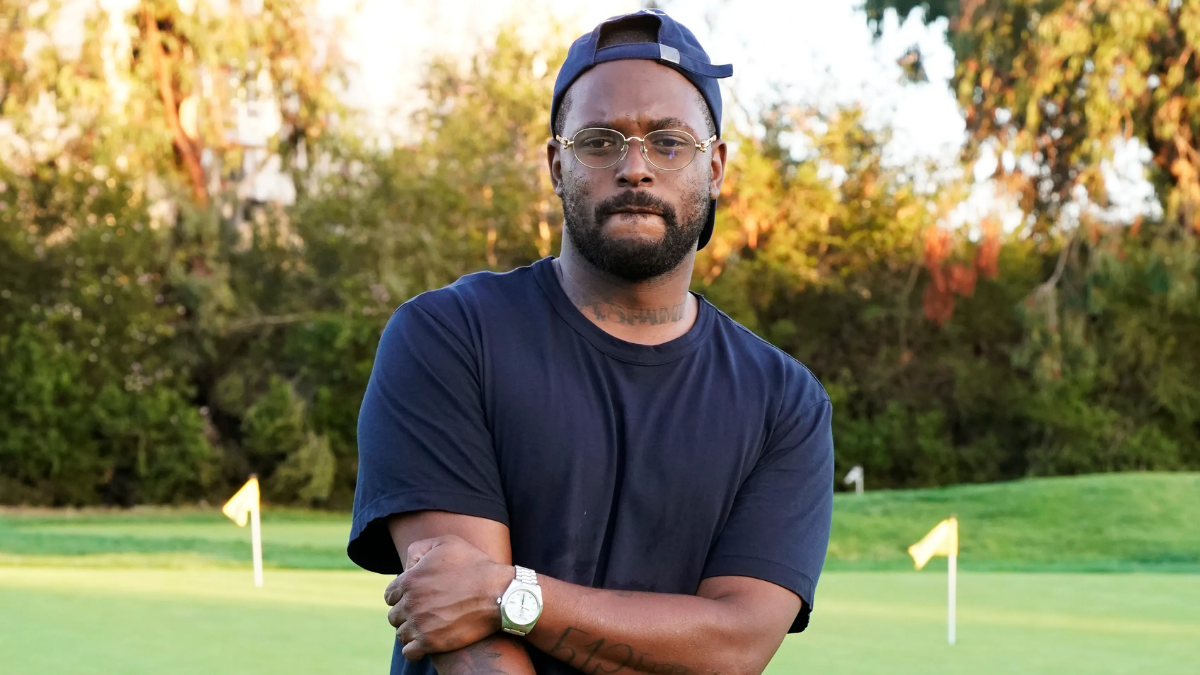 Schoolboy Q has spoken about being a Crip in multiple interviews due to his upbringing in south central LA.

Quote extract taken from an interview

“I was gang-banging at 12. I was a Hoover Crip. My homies were doing it and I wanted to do it. I can’t really explain that. I didn’t get into it with another hood or anything like that. I was just following the leader.“

Q describes the influences of his friends leading him to a Crip life at a younger age. This may be surprising for many as Schoolboy Q does not use much Crip visual cues and imagery in his music videos. He prefers people to focus on the music but doesn’t shy away from his past. 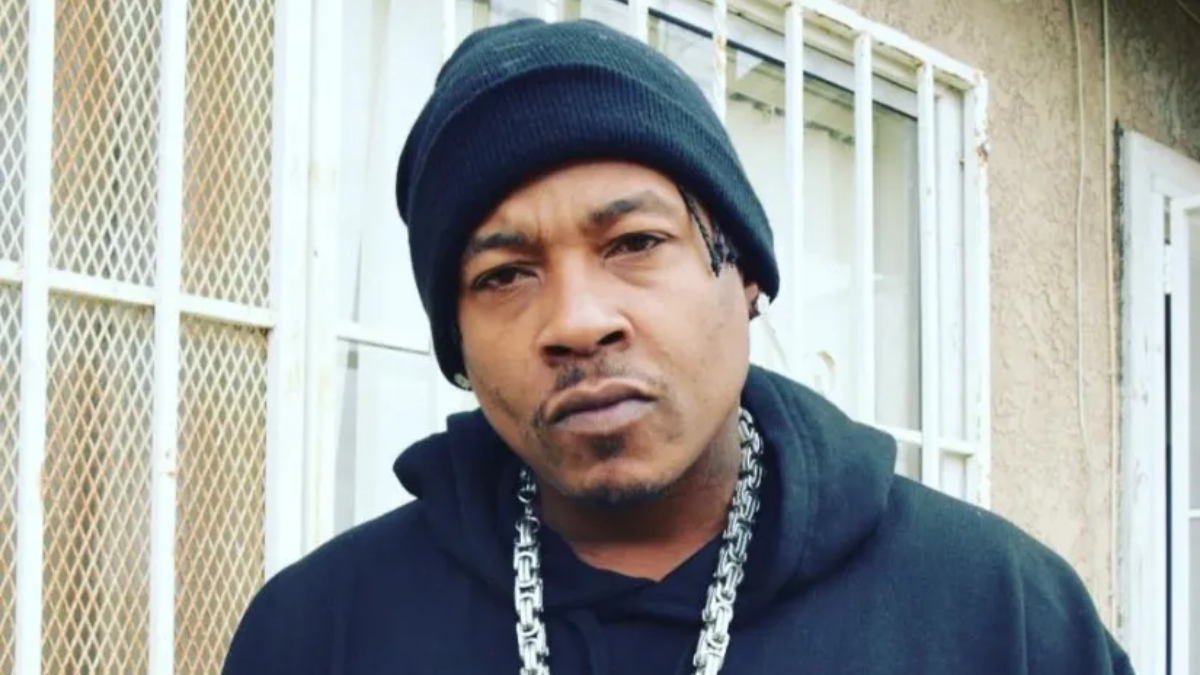 Former G Unit affiliate Spider Loc would be one of the artist 50 cent used to promote the G unit subsidiary line G unit west for LA and west coast artists.

During his time on the label he created music in which he referenced being a Crip and his life growing up on 159th Street in Compton. Spider Loc has also used Crip imagery throughout his music videos and spoken on his Crip upbringing in interviews and podcasts. 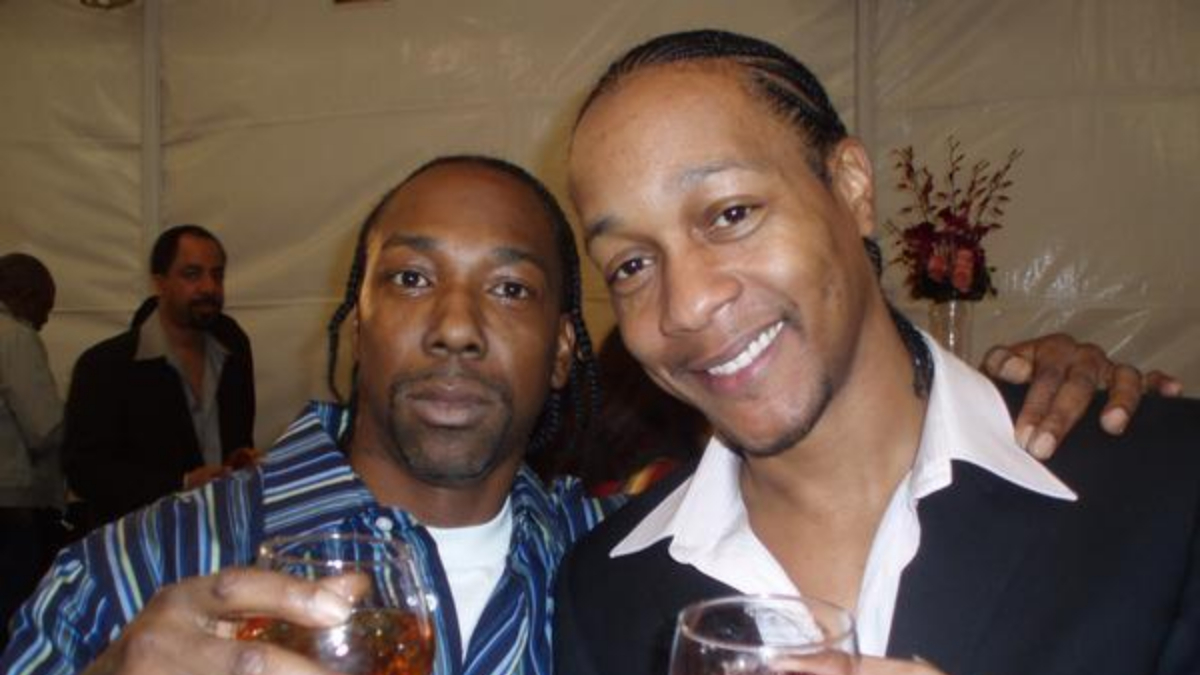 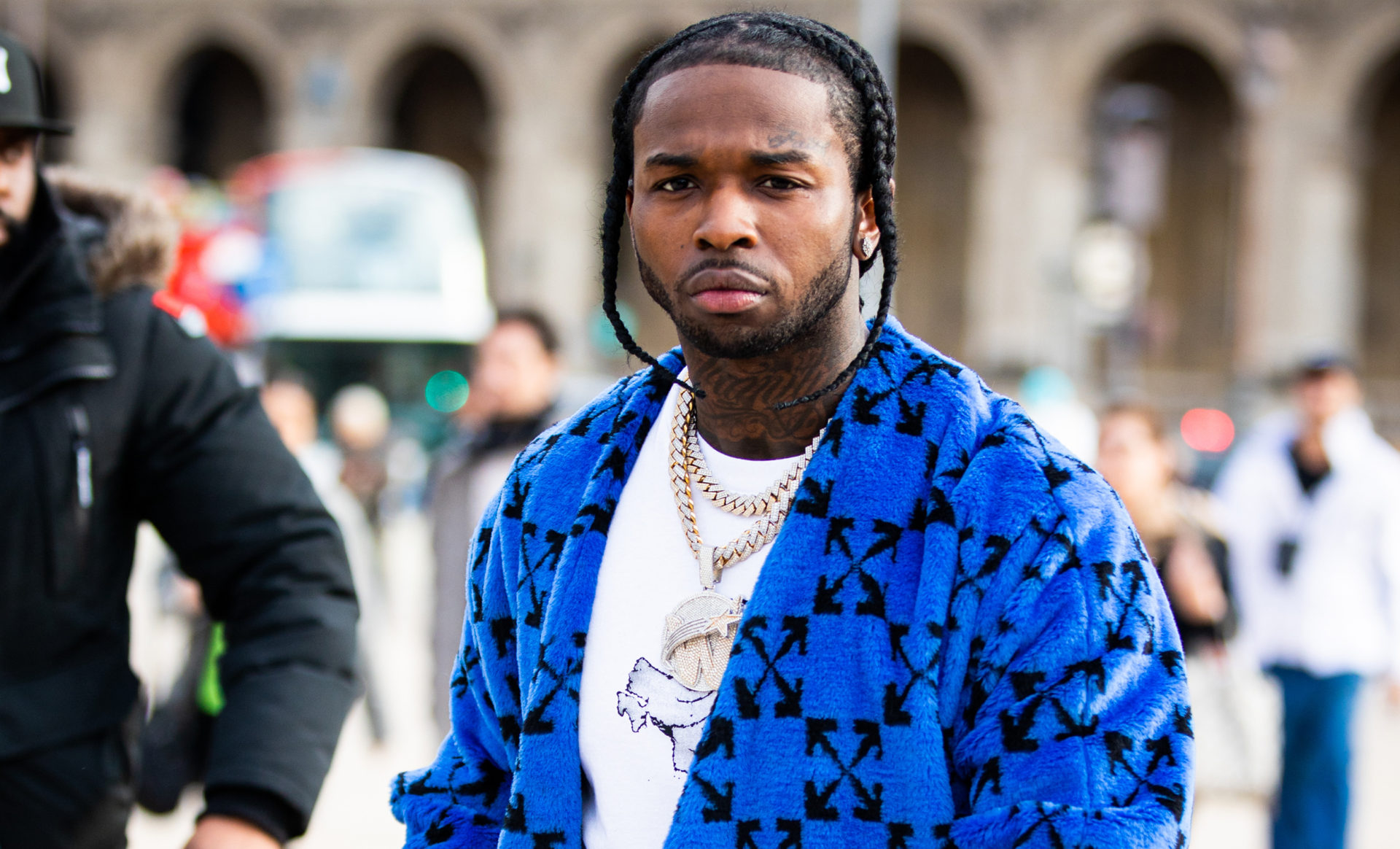 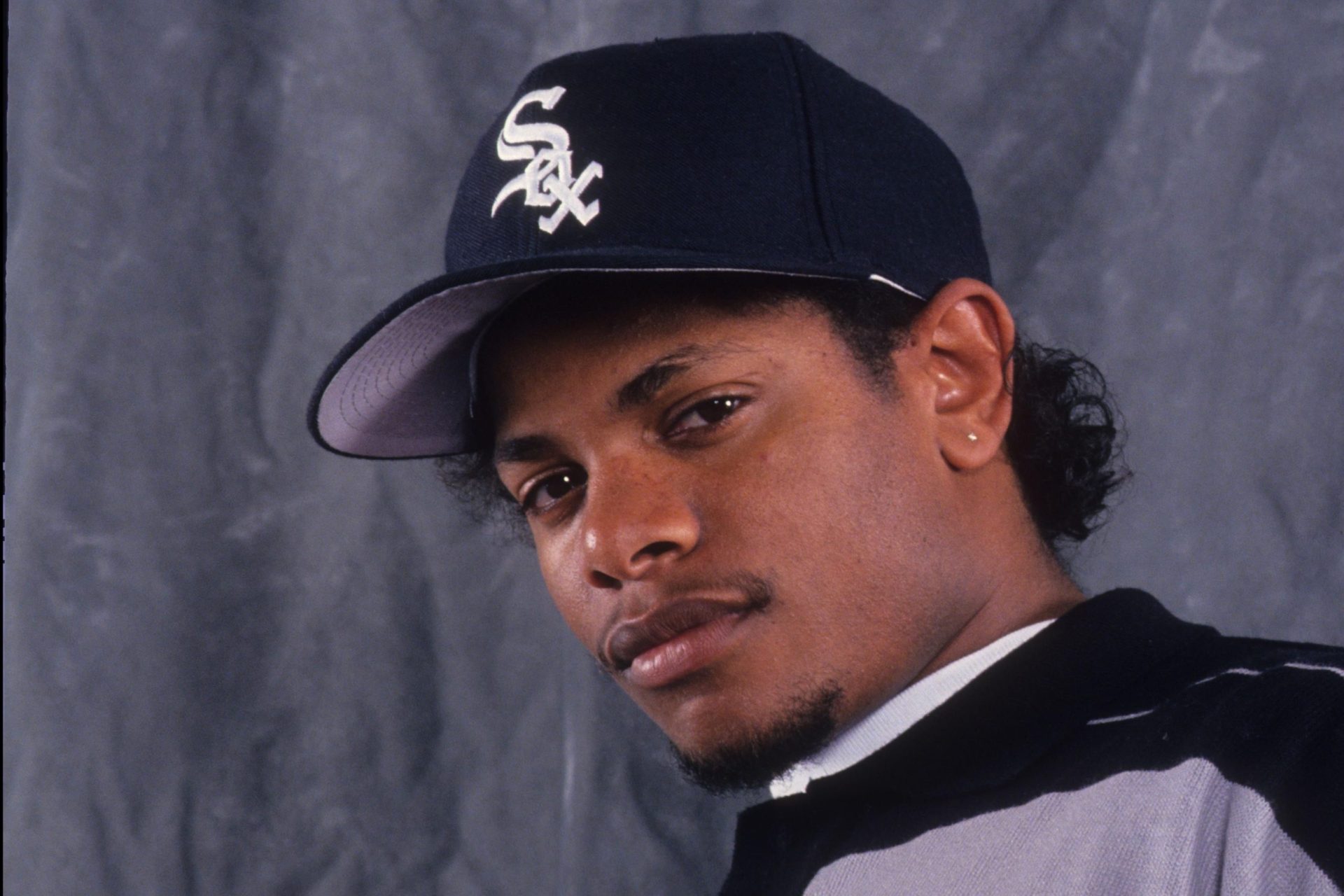 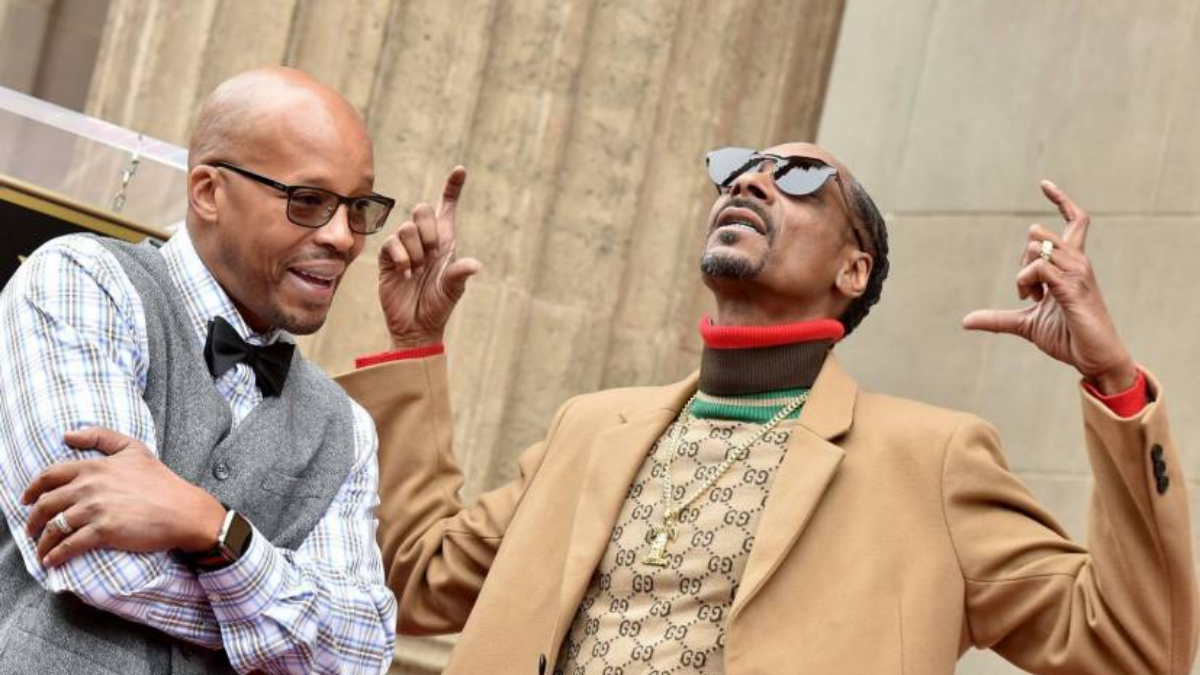