Bad Bunny Hair is just an extension of his creativity as well as his boldness to stand out. During the earlier phase of his career we mostly saw his crew hairstyle, today however we’ve been privy to witness his

Our editorial highlights the best and worst bad bunny hair styles he’s worn throughout his career as well as rate each look.

The most current and previous Latin male singers and rappers have styled their hair in the traditional buzz cut, quiff, curls, or fades, in Bad Bunny’s case we’ve seen him embrace other cultures further making him stand out! 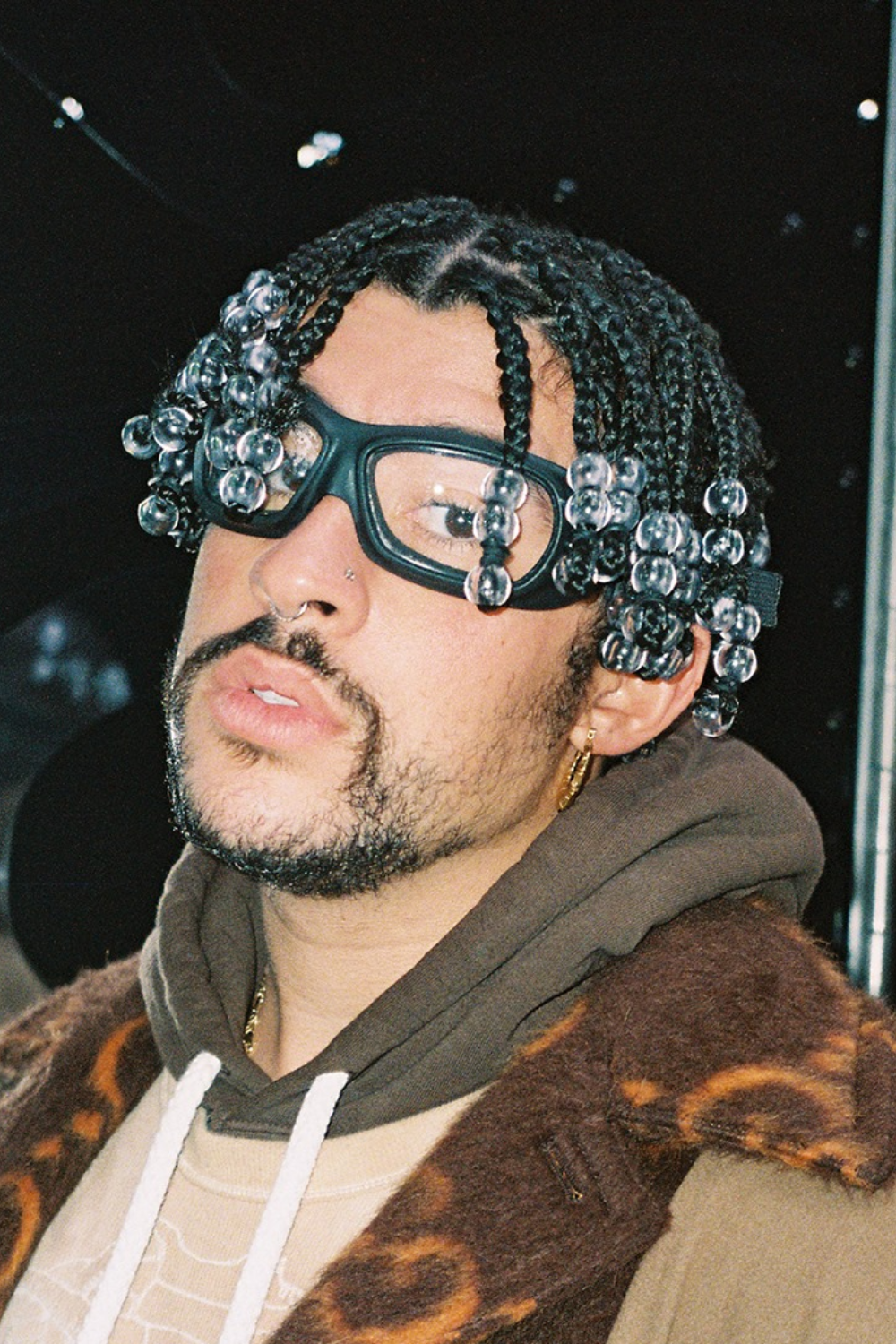 Since braids are largely associated with black culture its expected to be seen by those with afro coarse hair which explains the growing number of rappers with braids. He wore the braids at the 2020 billboard music awards and kept the hairstyle this way for several weeks. 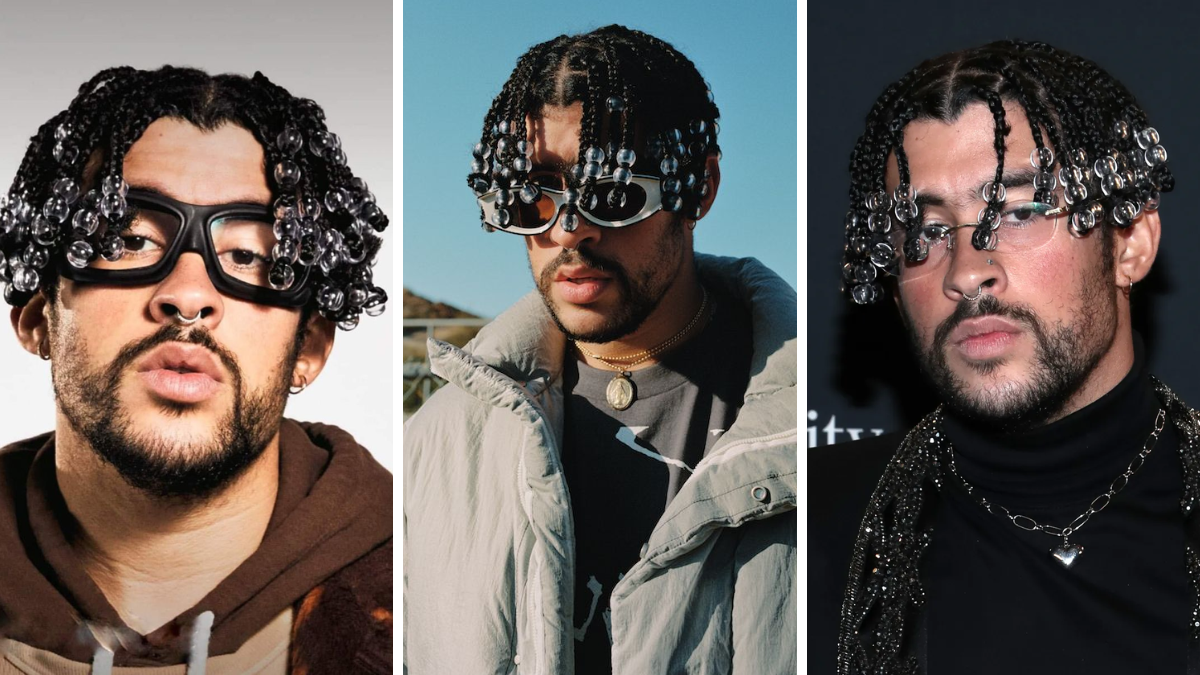 His hair beads used to further draw attention to the style, and we must say he pulled them off quite right!

Again, taking inspiration from black culture we saw Bad Bunny Hair styled in Bantu Knots. Bantu knots originating from the Zulu people of south Africa can be seen is sectioned off, twisted, and wrapped around itself as a protective style. 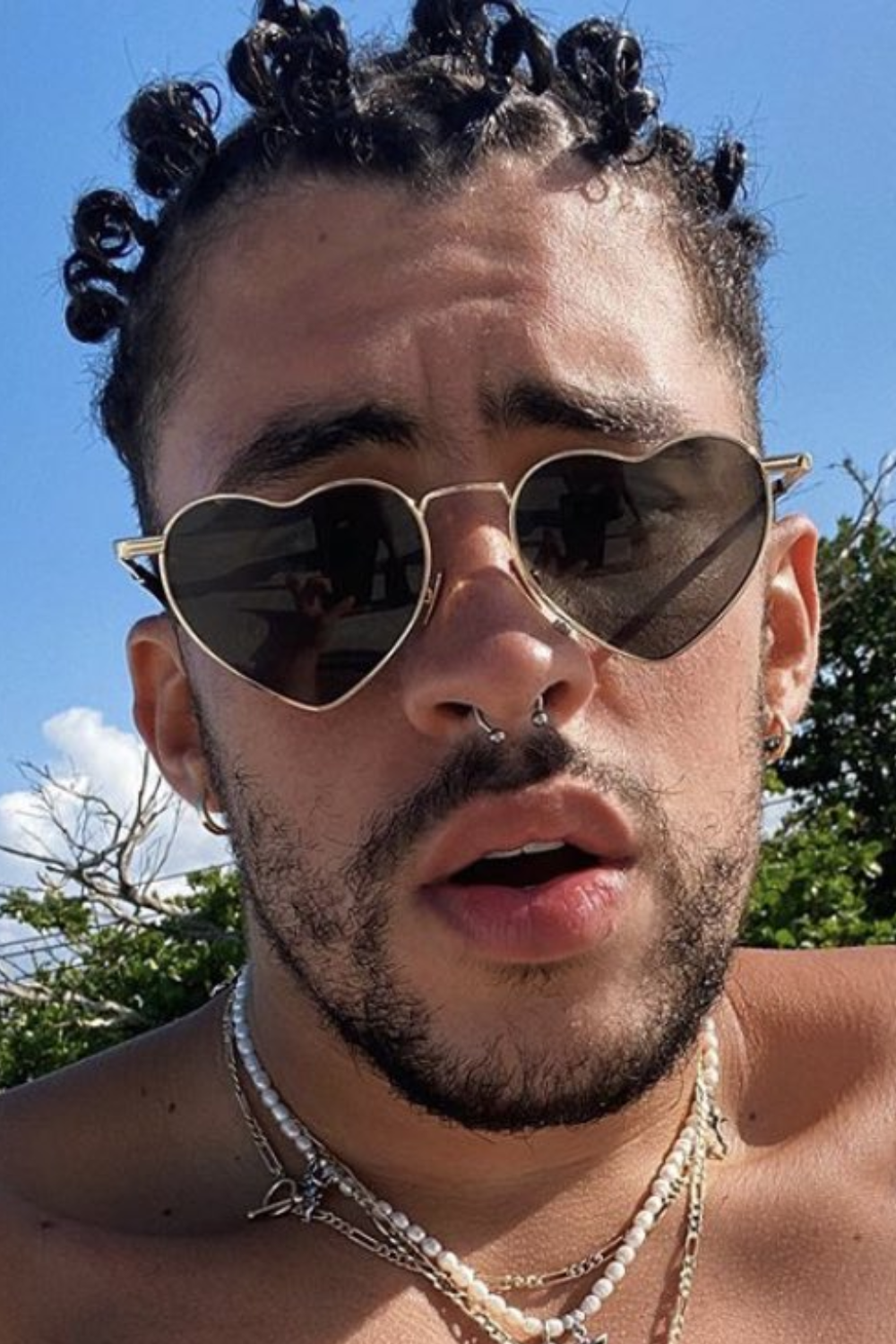 The result, multiple knots across the head and a style that can last weeks. Bad Bunny styled his hair this way and showcased his look via social media. 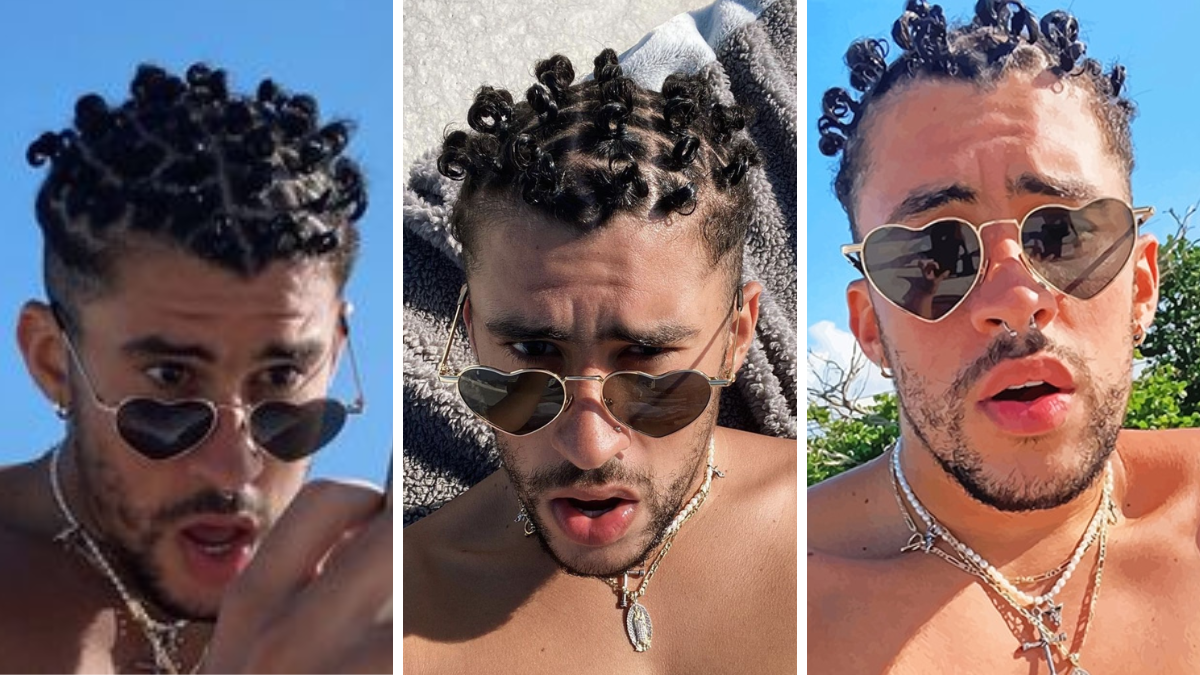 Bleached hair is reserved for the brave only! Something he has proven time and time again!

Green, Pink & Red are a few of the colours we have seen him dye his hair in. 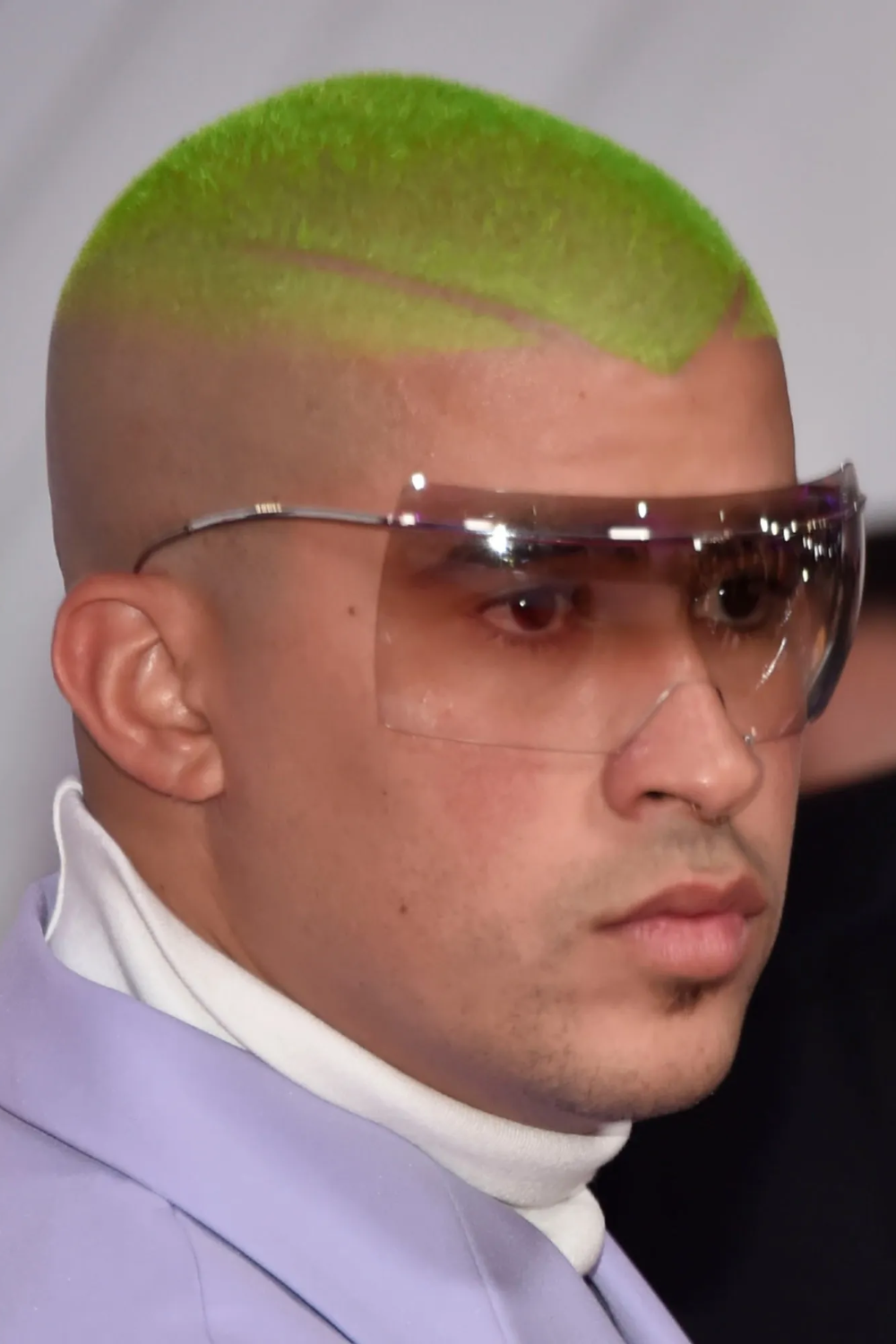 At this point were aware that his brand is about stepping out and going against the norm. These traits manifest themselves in many ways especially with hair, I mean its not everyday you see pink haired men walking around. 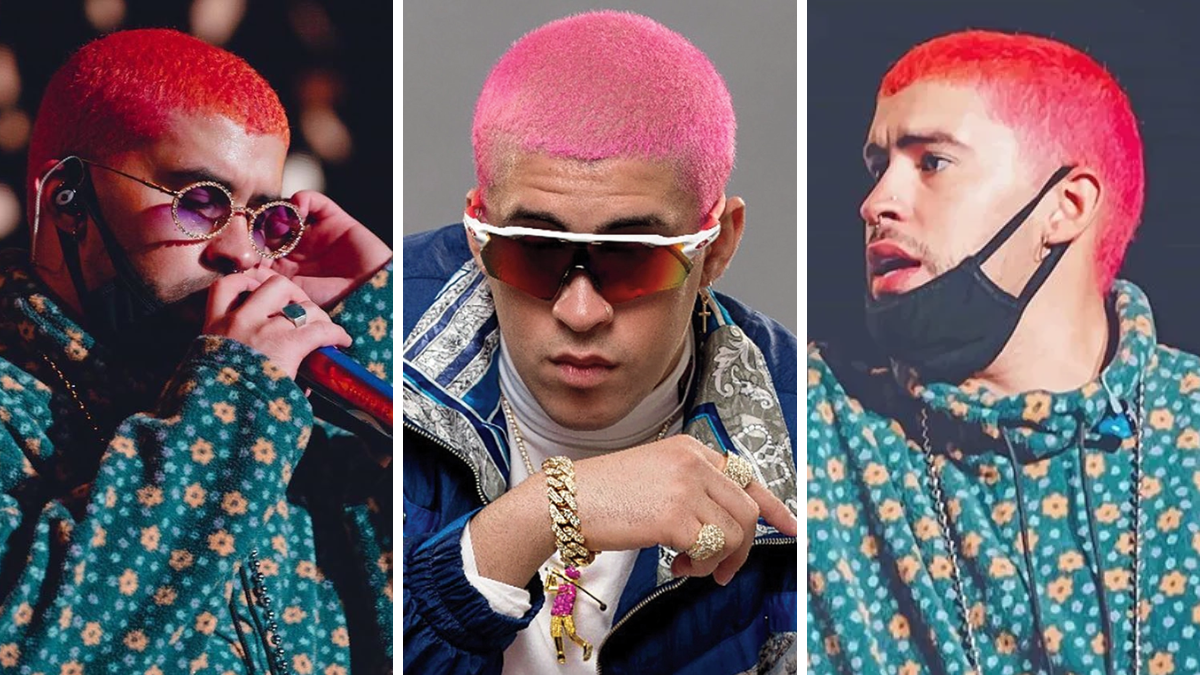 If you find yourself inspired by any of his bleached hairstyles and want to try them, remember you must see a hair professional or colourist. The worse thing you could do is try it yourself and ruin your hair.

As a result of his Puerto Rican heritage he has naturally curly locks with his hair type ranging anywhere from a 3B – 3C. 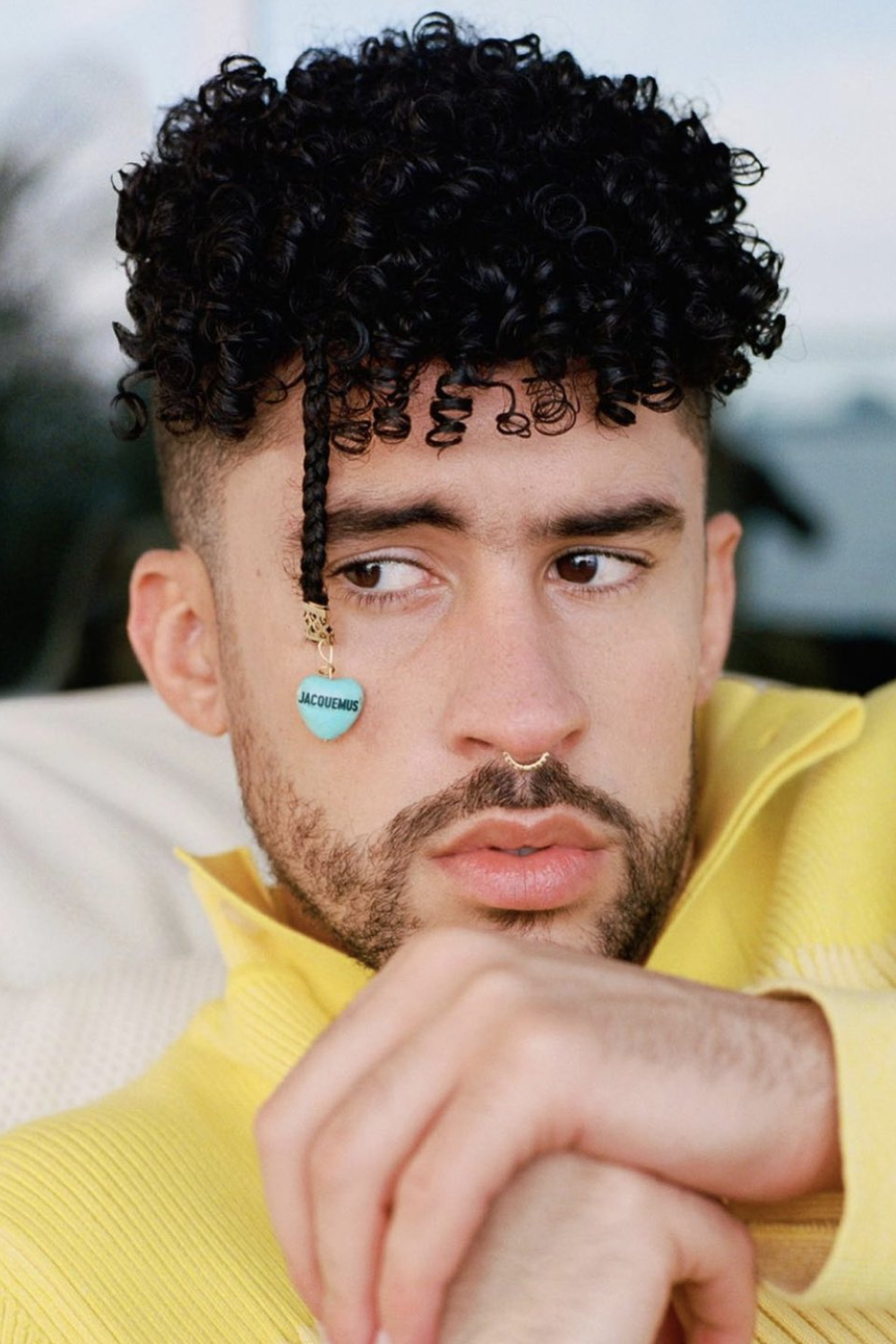 What’s even more interesting is that he will often let his natural loose curls out along with 1 braid hanging down the side with an accessory. 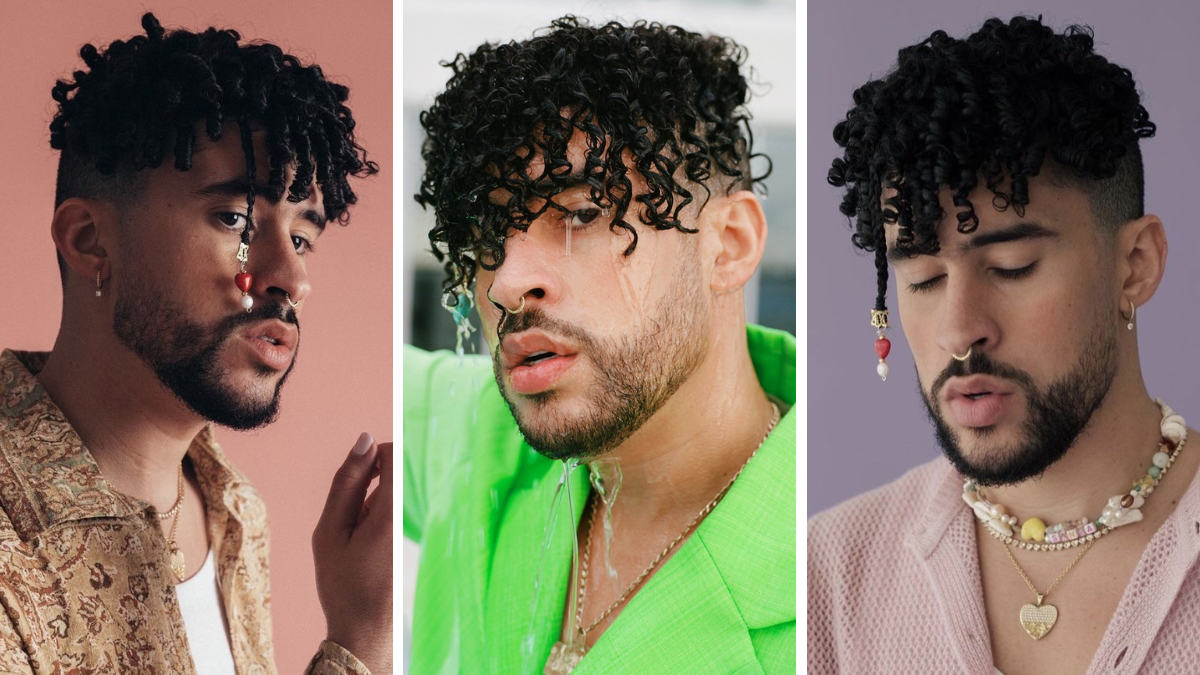 To compliment the look his sides are shaved with a fade and kept this way which helps curls appear bigger.

He often alternates to his man buns when he’s not wearing his loose curls. 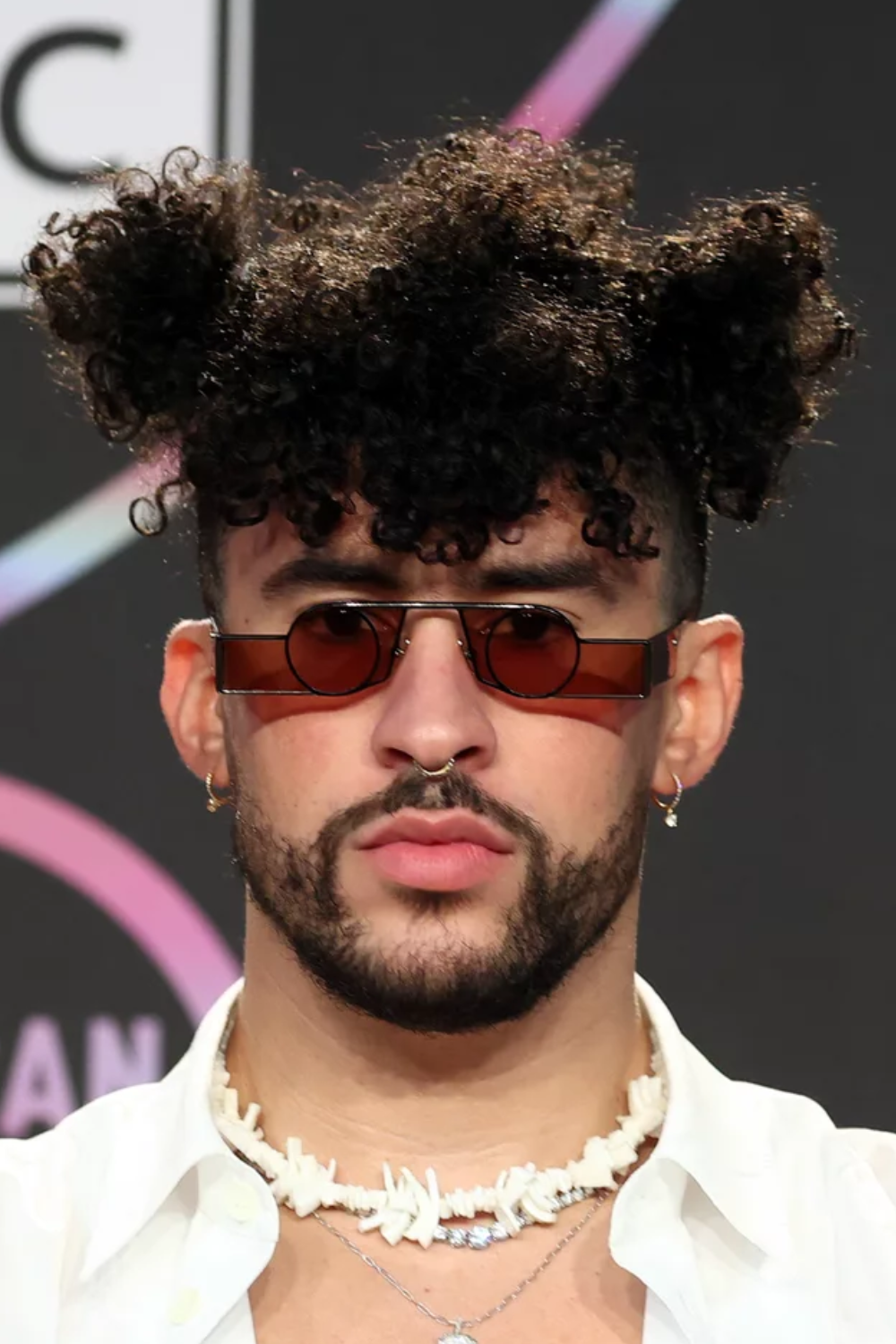 From our archives we can see his hair styled this way and worn at various award shows and events. 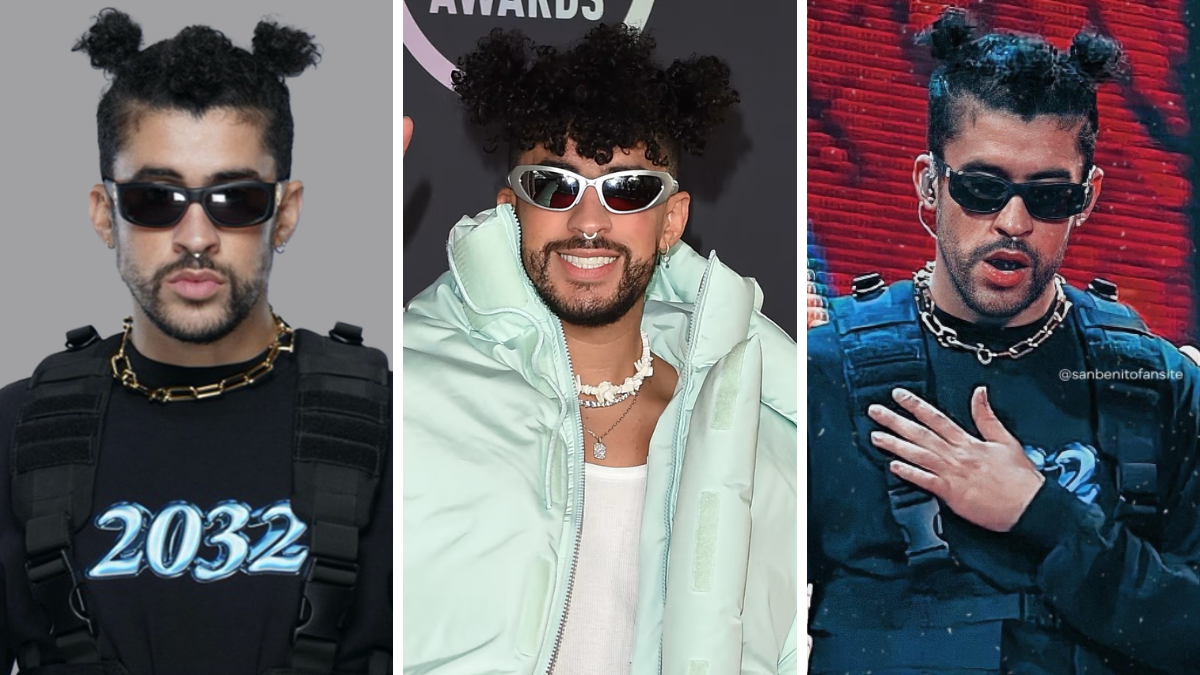 Aside from the style looking great we acknowledge the many practical benefits such as being a protective style promoting hair growth and limiting hair interference during physical activities.

Prior to his multiple different hairstyles we saw him style his hair in a relatively low buzz cut. 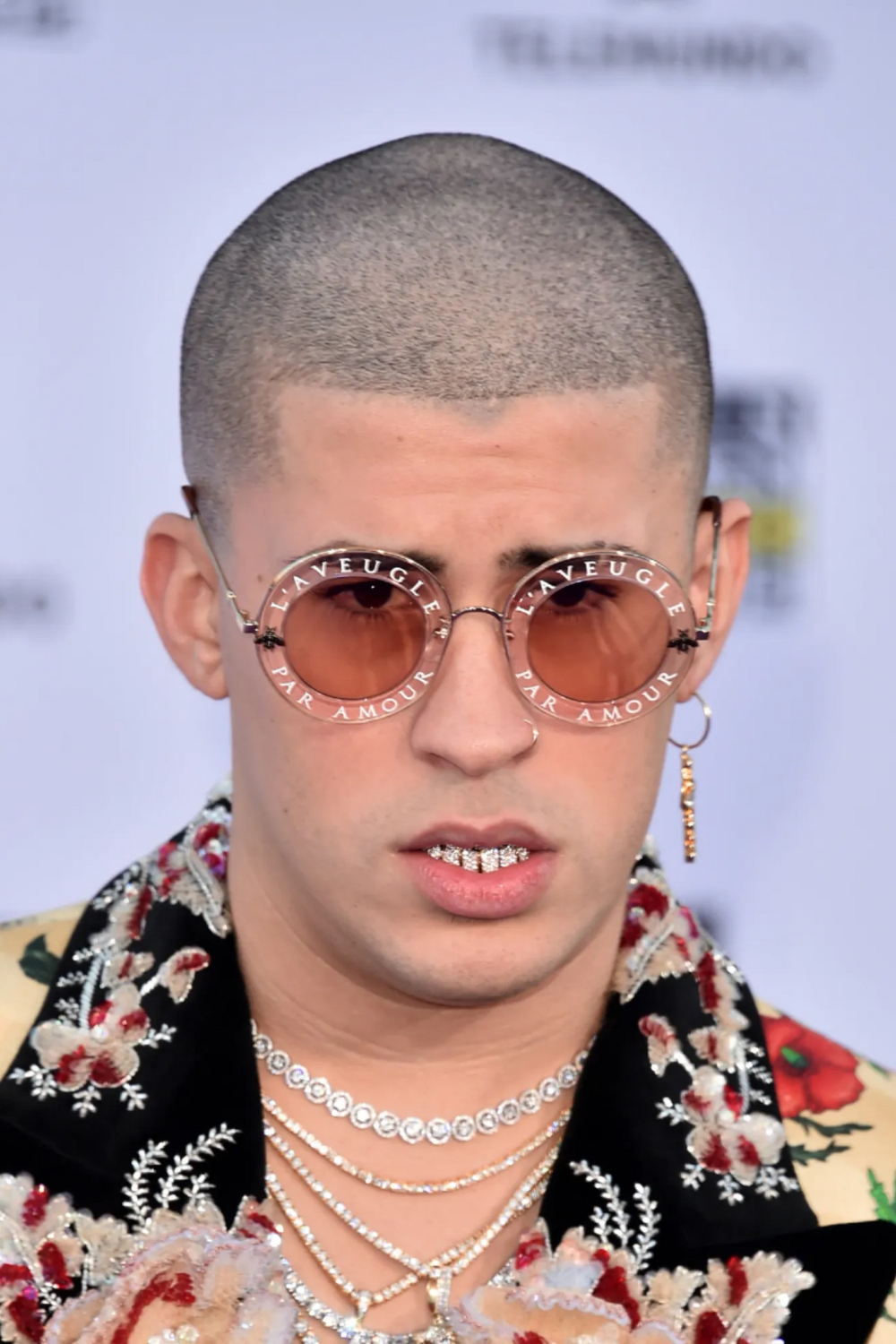 This featured his hair being bleached, having lines drawn in and messages being embedded across his head.

During an interview with Allure he Jokingly stated that his designs were messages to the Aliens, Spooky! (Not to go off topic but do you guys believe in Aliens)

Love it or Hate it Bad Bunny recalls this being one of his favourite styles. However due to his fast hair growth the lines wouldn’t last too long, not a bad problem I guess.

Most of the hairstyles featured on Bad Bunny require maintenance of some sort especially when it comes to his braids and Bantu Knots, ensure you do the following

These tips can be applied to the other hairstyles featured within our editorial. Just make sure if you’re going to bleach it you go to a professional.