While the 90s is often regarded the Golden era of Hip Hop it’s the 80s rappers who deserve all the praise for laying the blueprint and setting the foundation for Hip Hop Culture. The 80s marked a time in which we began to see Hip Hop go commercial, receive more national radio play and be introduced to the world through YO MTV Raps.

To quote complex.com “Maybe ’90s rappers weren’t as revolutionary as their ’80s counterparts, the forefathers who laid the groundwork for hip-hop”

Therefore we have decided to examine the 80s rappers responsible for creating what we know today as Hip Hop. Culture, tradition and history of these rappers continues to present itself today which our editorial will examine in detail.

Here are the 80s Rappers that Dominated Hip Hop 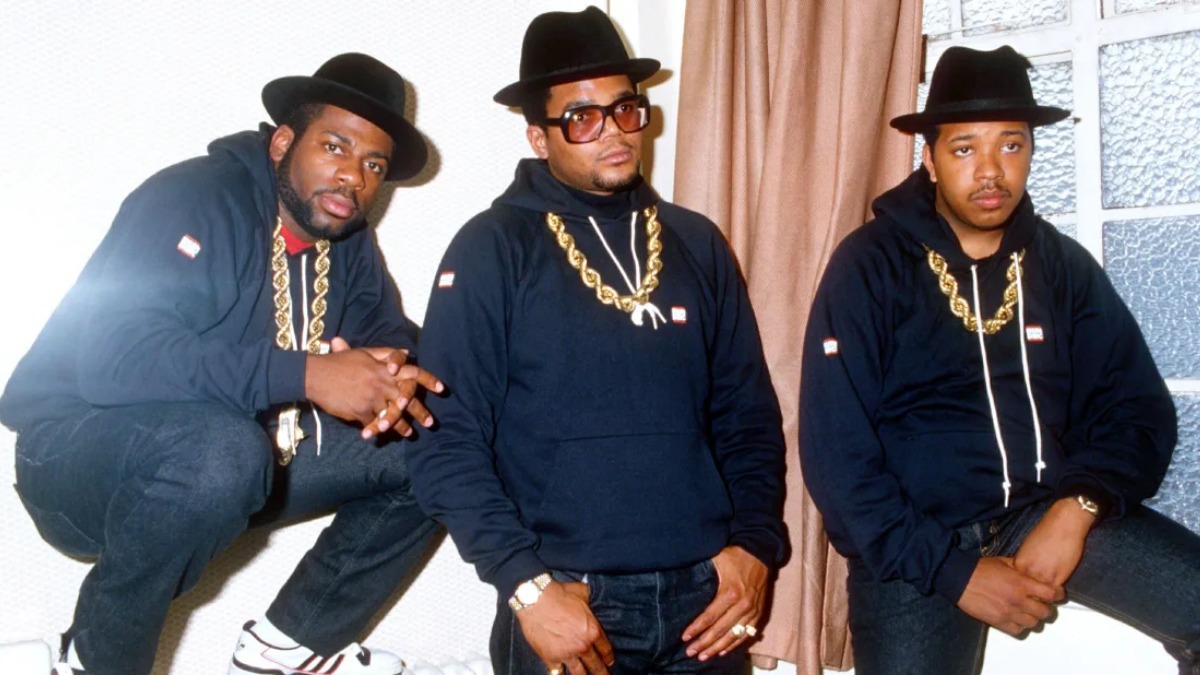 We can’t start the list without the super group Run DMC. They are the first Hip Hop group to make a gold record, have an endorsement deal with Adidas and appear in shows such as MTV Rock N Jock.

They are also credited with being some of the first rappers to use over-top arrangements, more specifically known as back-beat. Run DMC opened doors for several groups who had similar styles later on which began the diversification of Hip Hop.

They are also attributed to being the first rappers to cross over from Rap and experiment with other genres. This is evident with the song Walk this way by Aerosmith which they covered. 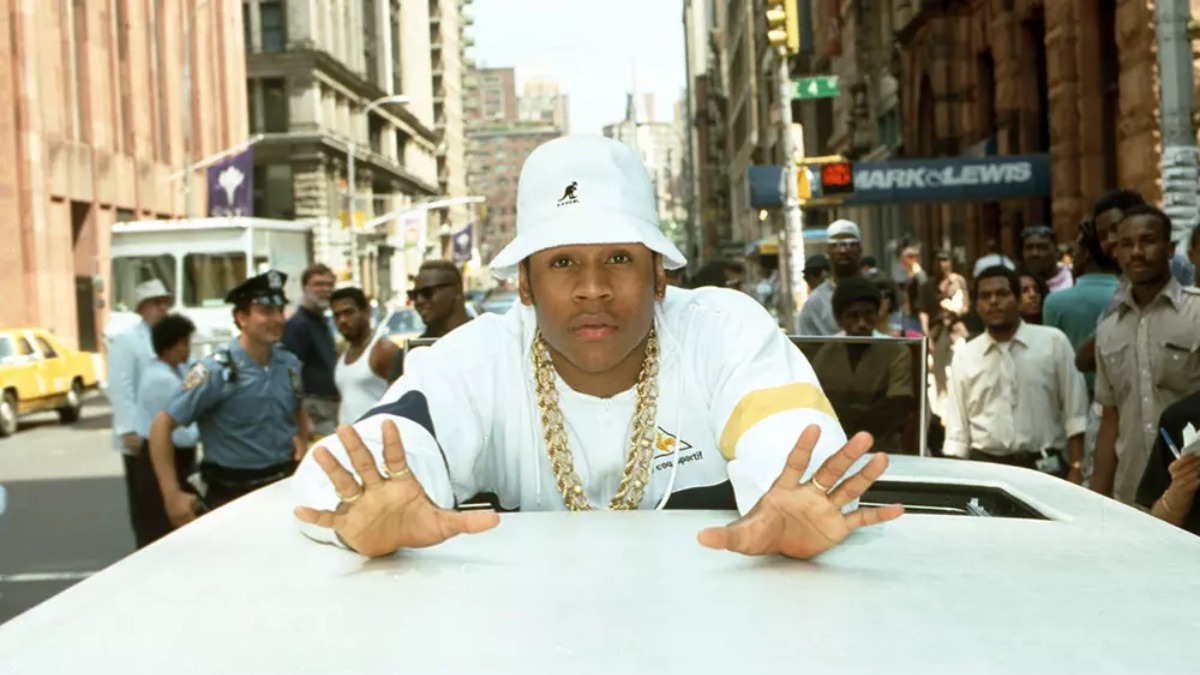 LL Cool J was one of the defining rappers of the 80s. He burst onto the scene with his debut album Radio in 1985, and quickly cemented himself as one of the most successful and influential rappers of the era. LL Cool J’s smooth lyrics and flow helped to define the sound of 80s hip hop, and his music has remained a touchstone for rappers and hip hop fans ever since.

In addition to his music, LL Cool J also helped to pioneer the 80s Hip Hop Fashion look, and his influence can still be seen today. 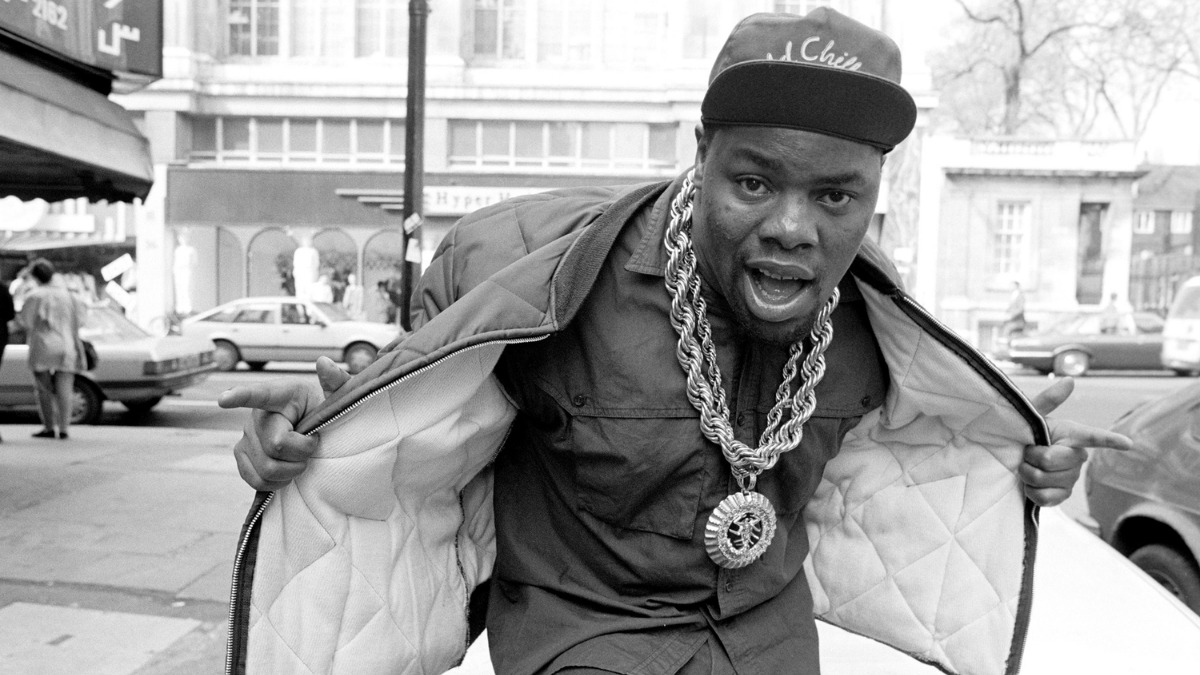 Biz Markie’s rap career began to take off in the mid-80s, and he quickly established himself as one of the most talented and entertaining rappers around. His 1989 album The Biz Never Sleeps was a huge hit and one fans still play today.

Biz Markie was one of the most unique and eclectic rappers to come out of the 80s. Best known for his hit single Just a Friend, Biz Markie’s offbeat sense of humour and freestyle lyrics helped to make him a favourite among hip hop fans.

Unfortunately he passed away back in 2021 but his legacy lives forever. 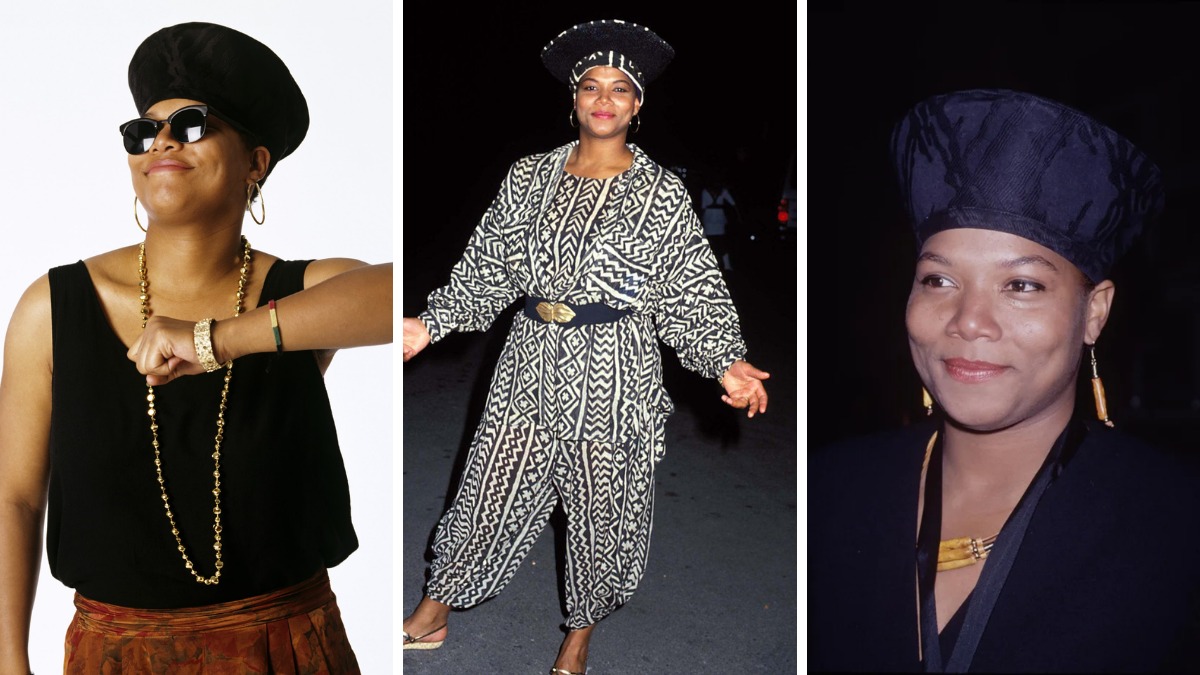 Queen Latifah is one of the most successful rappers to ever come out of Hip Hop. She became famous in 1988 with her hit single Ladies First which immediately gained her national attention.

Since then Queen Latifah hasn’t looked back and she’s gone on to release several highly successful albums, star in her own sitcom and establish herself as one of the most important and inspiring rappers of all time. She most definitely can be credited for laying the foundation for female rap. 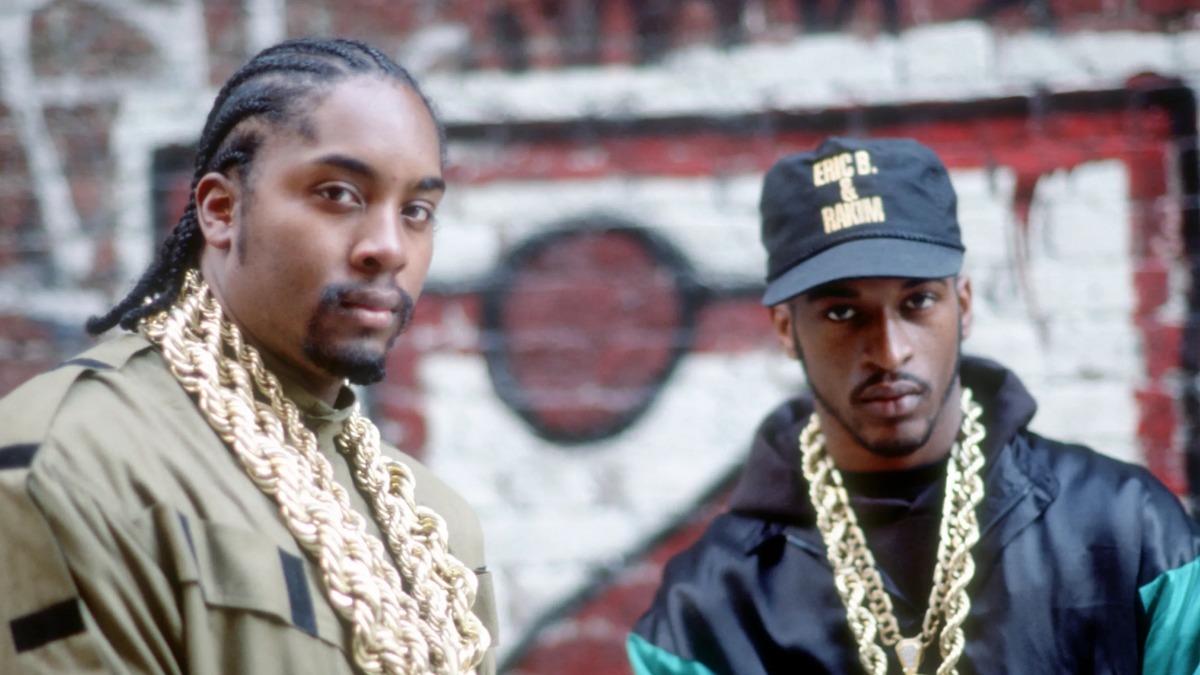 Rakim is one of the most influential and well-respected rappers of all time. He burst onto the scene in the early 80s and quickly cemented himself as a pioneer in the world of Hip Hop.

“Paid in Full”, released in 1988, is considered by many to be one of the greatest rap songs of all time. Rakim’s lyrical genius is on full display on the track, and his flow is unmatched. The song has been sampled by countless rappers over the years and remains an important part of the standard Hip Hop repertoire. 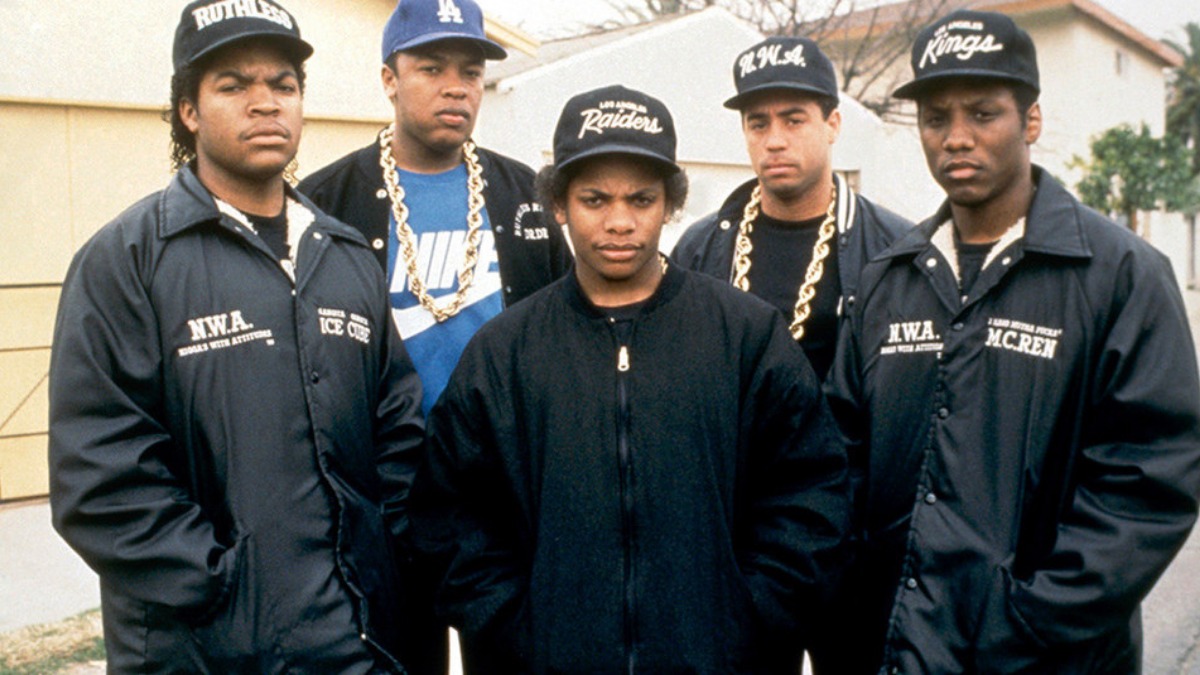 N.W.A was one of the most influential and important rap groups of all time. They burst onto the scene in the late 80s and helped to define the sound of gangsta rap. Their music was raw, uncompromising and unapologetic, and their lyrics spoke to the experiences and struggles of inner-city black youth like no other group had done before.

N.W.A’s debut album Straight Outta Compton remains one of the most important and ground-breaking albums in hip hop history. The album was a huge success and helped to popularize gangsta rap nationwide. N.W.A’s music was controversial and polarizing, but it was also brutally honest and deeply affecting.

The group broke up in 1991 but their influence can still be felt today in a countless number of rappers and hip hop artists. 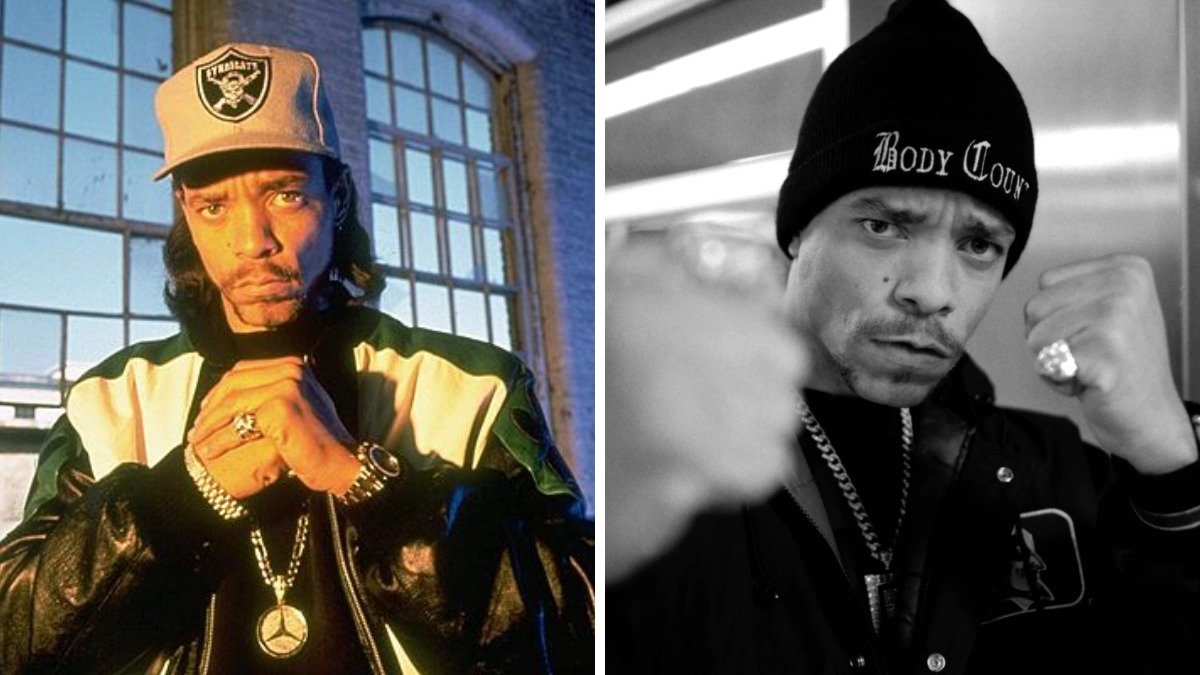 Ice T was one of the earliest and most influential rappers to come out of the 80s. He burst onto the scene in 1987 with his classic track “6 in the Mornin'”, and helped to define the sound of early hip hop.

Ice T’s lyrics were dark, violent and uncompromising, and he spoke to the experiences and struggles of inner-city youth like no other rapper had done before. His music was raw, gritty and deeply affecting, and he quickly became one of the most important and influential rappers in the game.

Salt-N-Pepa burst onto the scene in the mid-80s and quickly established themselves as one of the most talented and entertaining rap groups.

Best known for their hit singles “Push It” and “Shoop”, Salt-N-Pepa’s music was fun, playful and always got people moving. They were one of the first rap groups to break down the barriers between hip hop and pop music, whilst further proving women could hold their own in a male dominated industry. 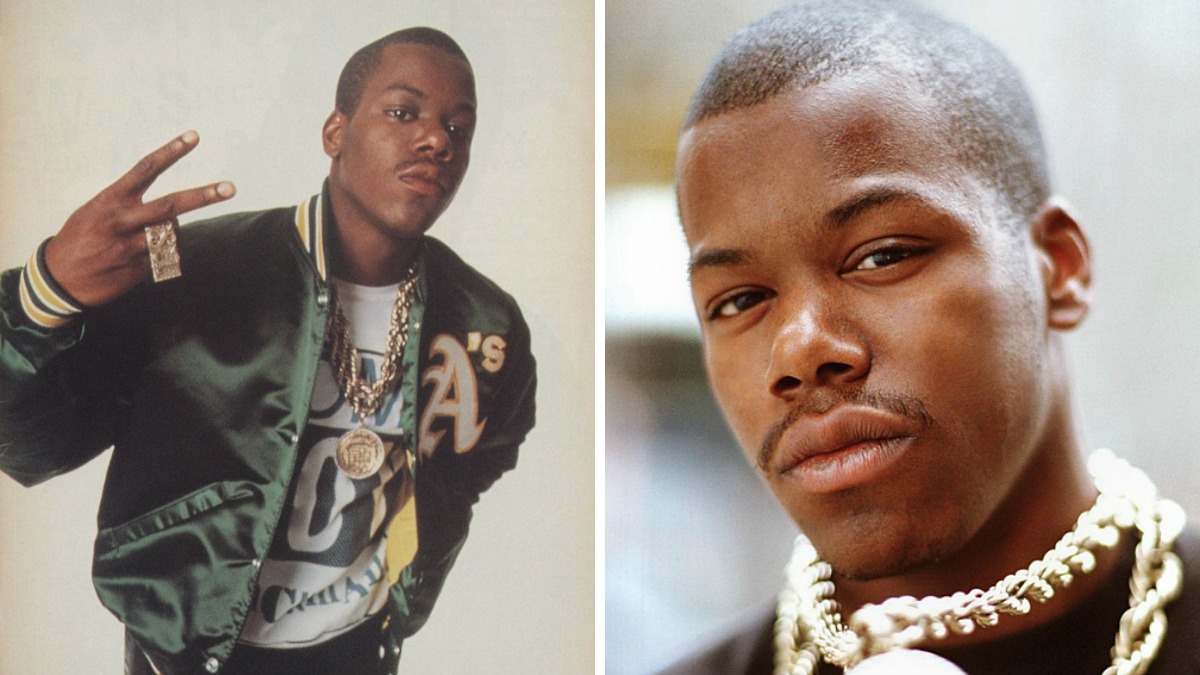 Too Short was one of the earliest and most successful rappers to come out of the Bay Area in the 80s. He released his first album in 1983 and quickly gained a following with his hard-hitting and uncompromising brand of rap music.

Too Short also helped bring West Coast hip hop into the mainstream, and he is credited with helping popularizing G-funk – a subgenre made famous by Dr Dre, Snoop & Nate Dog. 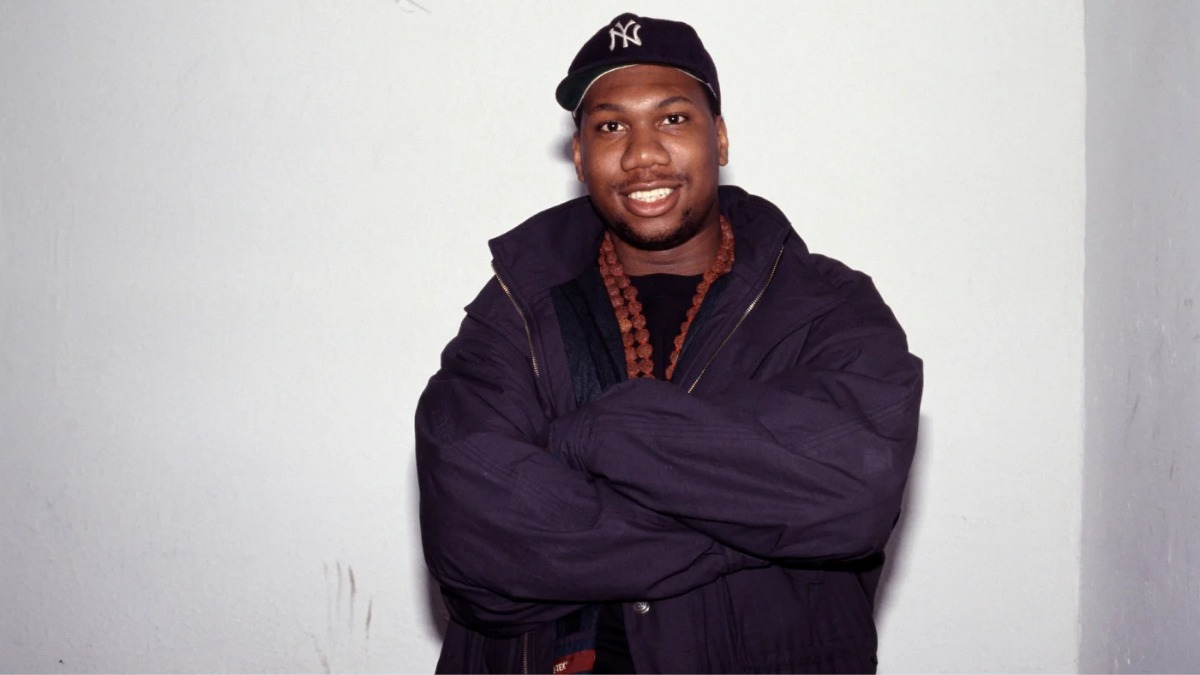 Krs-One separated himself from his peers as one of the 80s rappers who chose to shed light on issues affecting black Americans.

KRS-One used his first album By All Means Necessary to cover issues that included police corruption, sex, government involvement in the drug trade, and violence that was taking place in the street due to the crack epidemic.

KRS-One’s lyrics were intelligent, thought-provoking and deeply political that have stood the test of time. You can’t have a list which includes artists that dominated the 80s without including KRS-One. 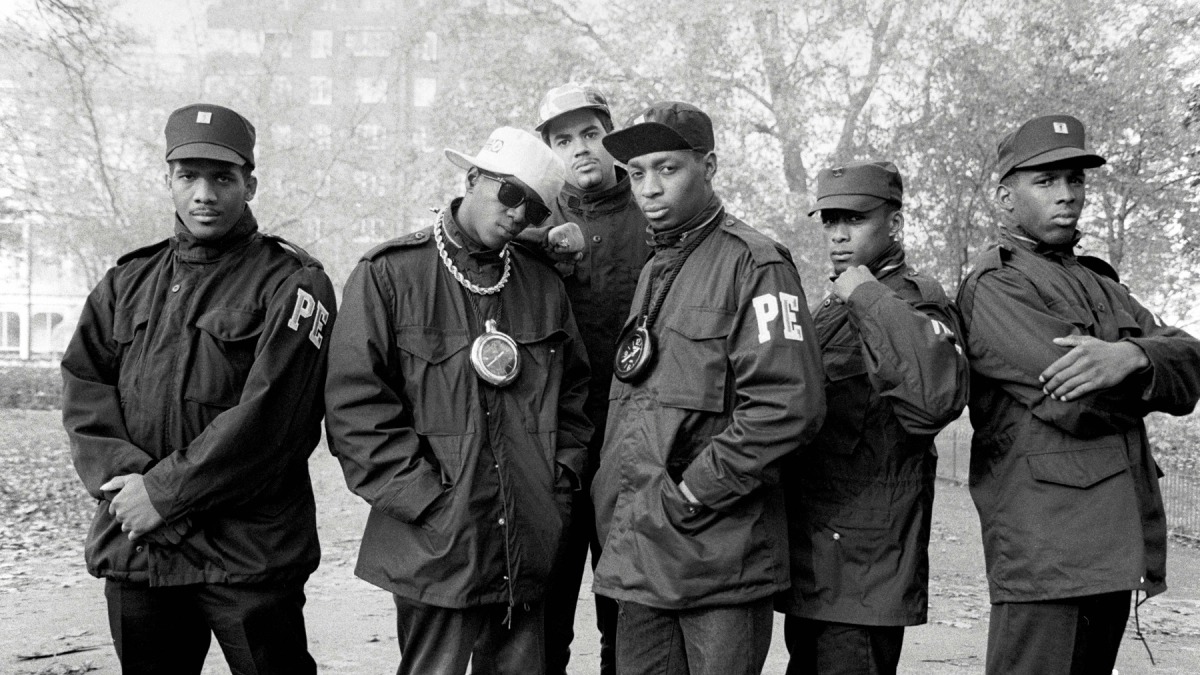 Public Enemy is one of the most important and influential rap groups of all time. They are largely credited for defining the sound of political hip hop. Their music was raw, uncompromising and unapologetic giving a voice to the voiceless.

Public Enemy’s debut album It Takes a Nation of Millions to Hold Us Back was a huge success and helped to popularize political hip hop nationwide. The album was a scathing critique of American society and its politics, and it remains one of the most important and influential albums in hip hop history. 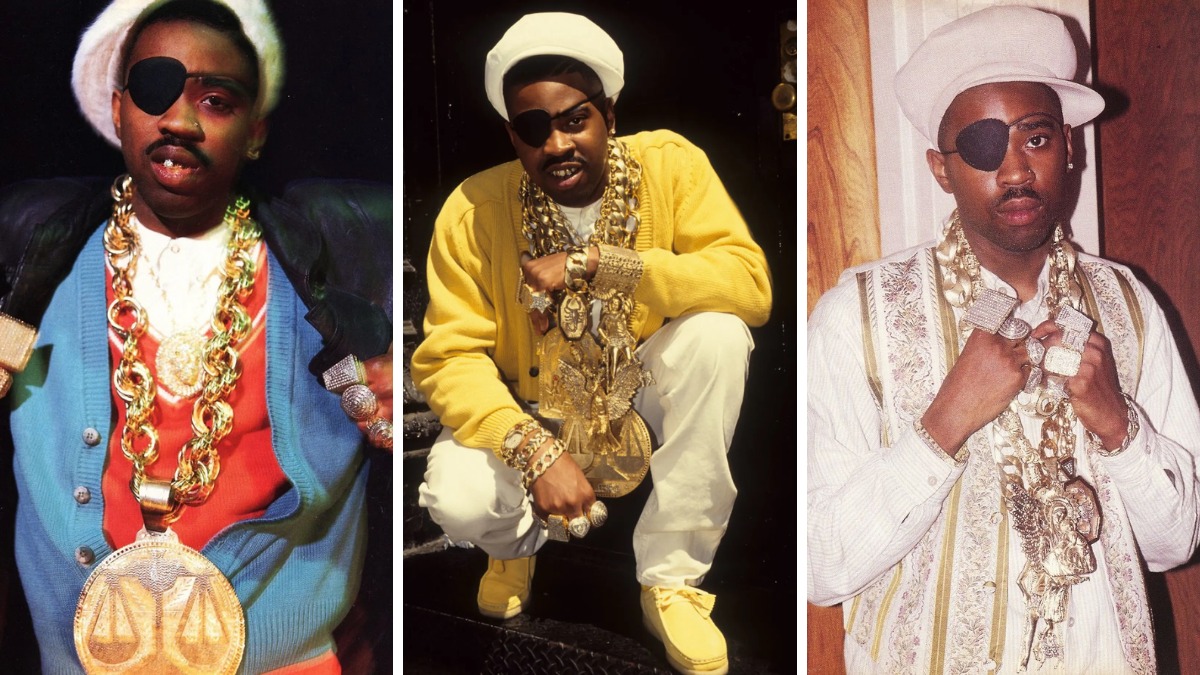 Slick Rick’s music was unique and deeply personal, and he helped to define the sound of 80s rap with his laid-back flow and catchy hooks. His lyrics were intelligent, funny and often dark, and he quickly gained a loyal following with his unique brand of hip hop storytelling.

His classic album The Great Adventures of Slick Rick quickly established him as one of the most talented and entertaining 80s rappers in the game.

He is often credited as the one of the best story telling during this time period.

DJ Jazzy Jeff & the Fresh Prince had a huge impact on the sound of hip hop in the 80s.

The duo recorded 3 albums together during this era, and their track “Parents Just Don’t Understand” was one of the biggest hits of 1988. The song won a Grammy Award for Best Rap Performance the following year.

The song also went platinum and became an anthem for rebellious youth everywhere who were equally amused and frustrated by the naivety and lack of understanding shown by their parents. How’s that for dominating the 80s? 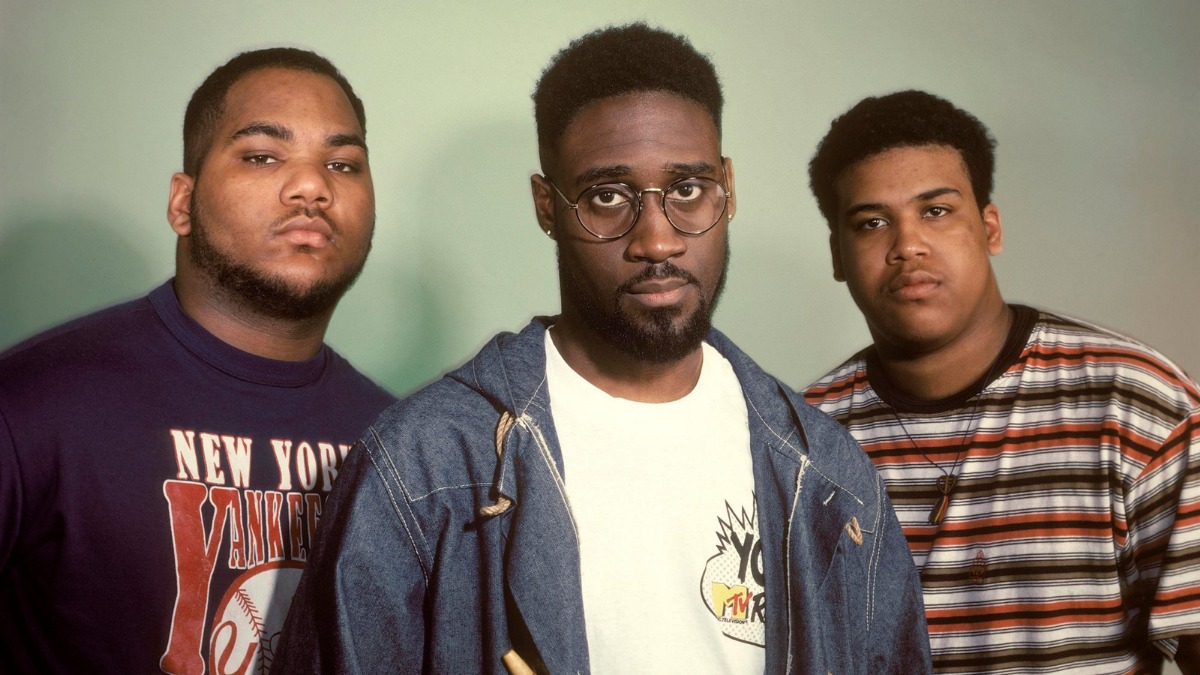 Formed in 1987, De La Soul helped to usher in a new era of hip hop music that was more experimental and eclectic. Their music was funky, soulful and often psychedelic, and they quickly gained a loyal following with their unique style of hip hop.

Their debut album 3 Feet High and Rising was a huge success and is often cited as one of the most important albums in the history of hip hop. The album was a ground-breaking work that helped to redefine the sound of hip hop and introduce a new generation to the genre. 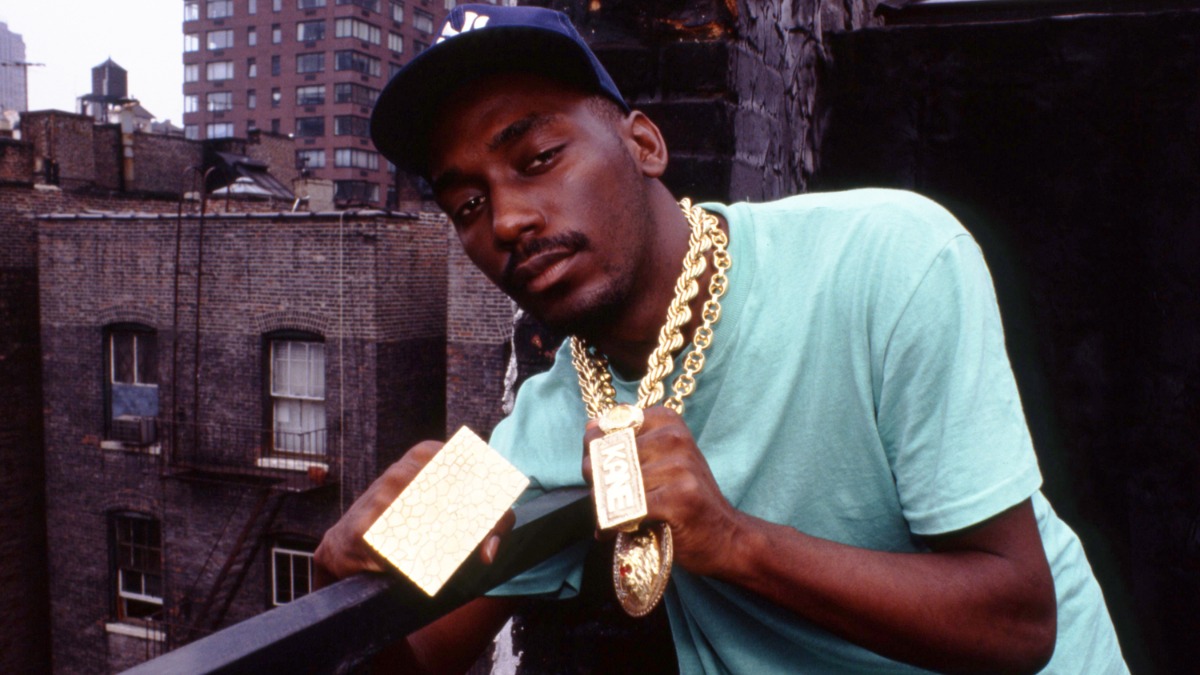 His debut album Long Live the Kane was a huge success and helped to establish him as one of the top rappers in the industry. He continued to produce hit albums throughout the 80s, and he is often credited with helping to shape the sound of New York hip hop.

Formed in 1981, the Beastie Boys were one of the first rap groups to sign with Def Jam Records. Their debut album Licensed to Ill was a huge success and helped to popularize rap music nationwide. The album was a ground-breaking work that combined punk rock and hip hop and became one of the most successful albums of all time.

The Beastie Boys went on to record several more albums throughout the 80s further dominating the 80s. Their influence during 80s hip hop was recognized and awarded at the Rock and Roll Hall of Fame in 2012.

Heavy D & the Boyz quickly established themselves as one of the top groups in hip hop during the 80s. Their debut album Living Large was a huge success and helped to popularize rap music nationwide. 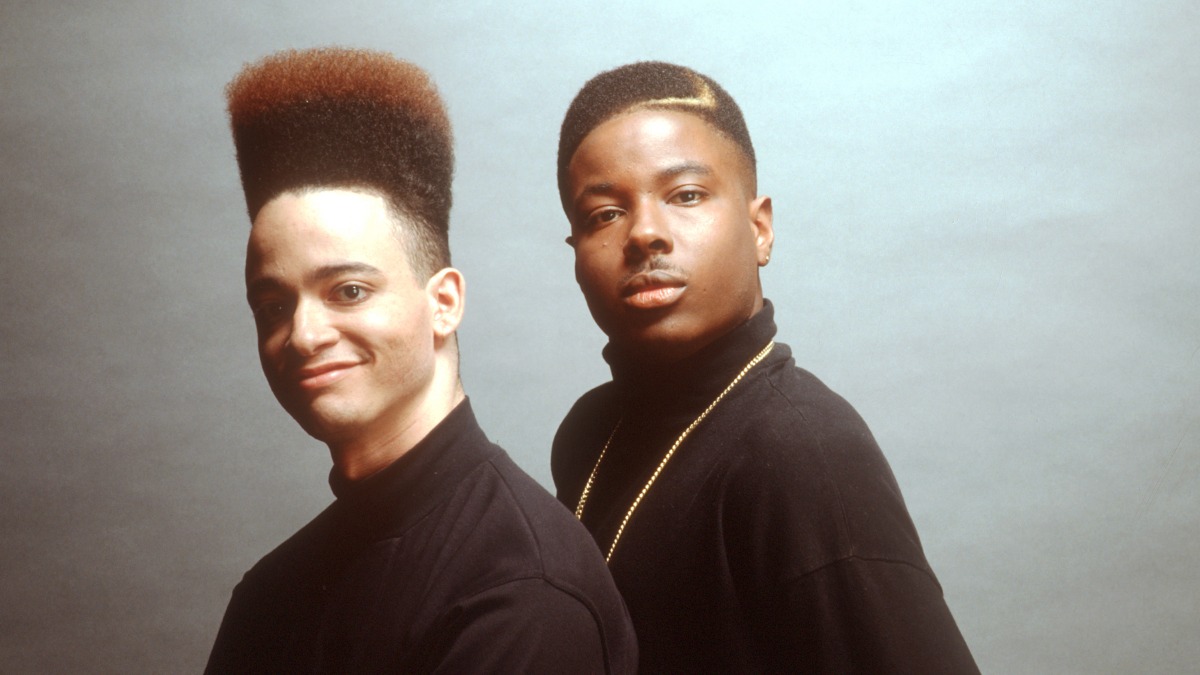 Kid ‘n Play were an iconic rap duo during the 80s. Their music was fun and upbeat, and their videos were always packed with energy and humour.

Their debut album 2 Hype was a huge success, and they quickly became one of the most popular rap groups in the industry.

They went on to record several more albums throughout the 80s, and their music continued to dominate the charts. 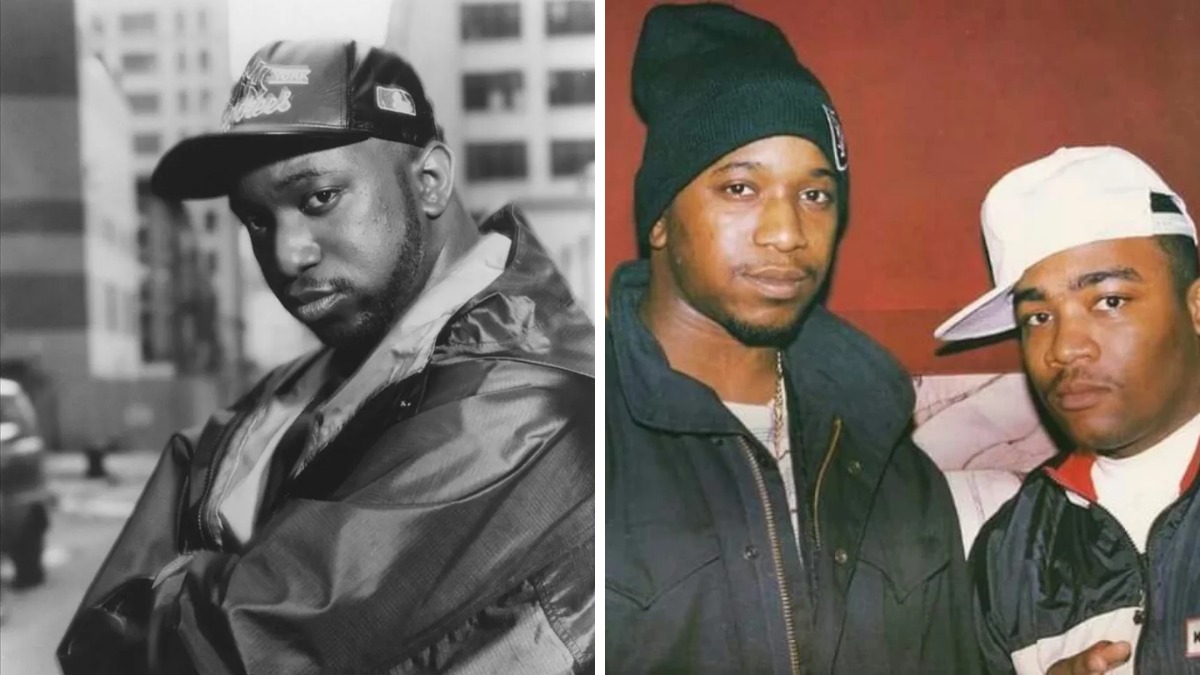 His debut album Road to the Riches was a huge success and helped to establish him as one of the top rappers in the industry. He also helped bring Queensbridge into the national spotlight along with Nas, Mobb Deep, Cormega, and the rest of the QB. 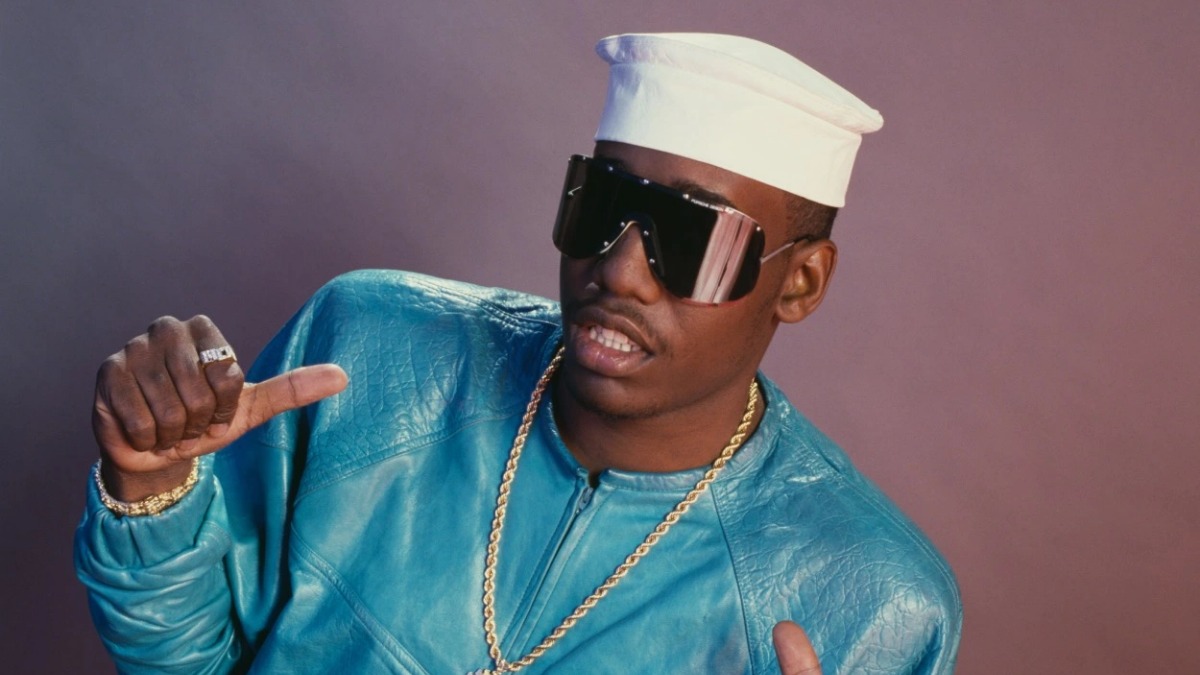 Kool Moe Dee’s album How Ya Like Me Now was a huge success and helped to establish him as one of the top rappers in the industry. His signature move was his ability to adopt different personas during his rapping which gave him an edge over other rappers at the time. He is also credited with popularizing “slant” rhymes, and he helped to bridge the gap between hip hop music and pop culture which led to it becoming mainstream. 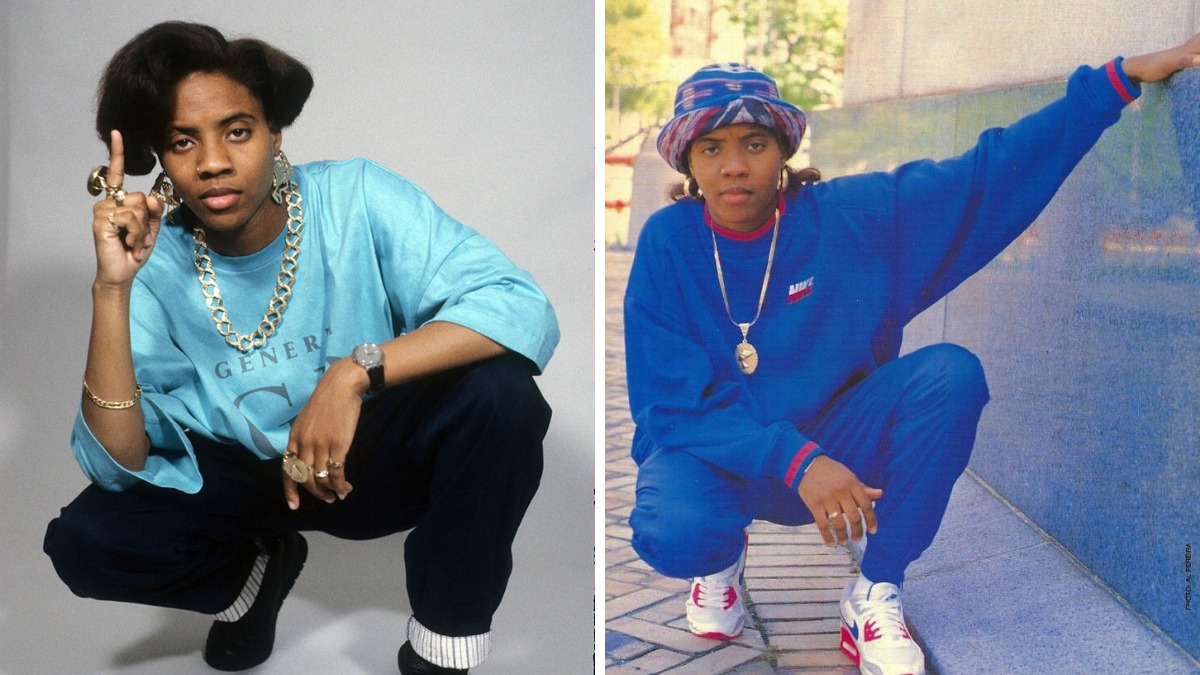 One of the first female rappers to gain popularity, her talent helped to pave the way for many other female hip hop artists. She remains one of the most influential rappers in hip hop history, and she is often cited as being one of the best female MCs in history. Her debut album Lyte As a Rock was a huge success!